Anytime I see an old hockey card for whatever reason my mind goes to the movie Slap Shot. I still laugh my ass off even after seeing the movie dozens of times. I remember reading an article about Paul Newman in which he said it was one of his favorite movies to make. It is the perfect combination of crude and endearing. I think that is what makes Major League so popular as well. 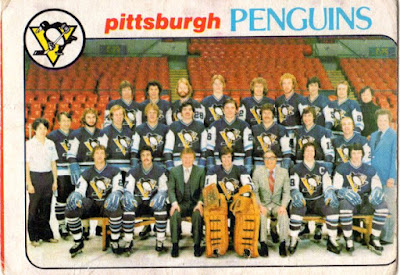 My good pal Doug of Sportscards From the Dollar Store recently hooked me up with the Slap Shot reminder Pens card along with a ton of other great items. 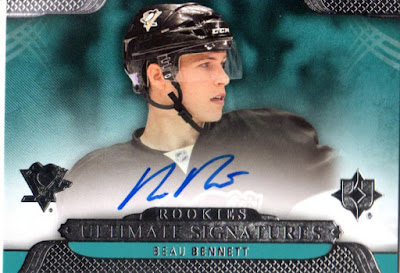 Beau Bennett was such a tease for the Penguins.  He would flash some great skill, but the guy was made out of glass. The Pens traded him for a third round pick not long after the Stanley Cup. 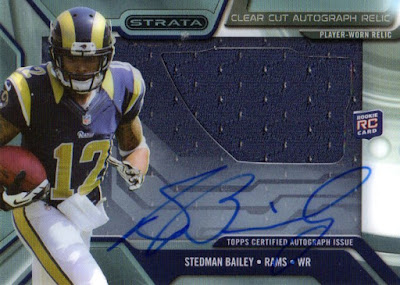 I think Doug has sent half the Stedman autos in my collection.  Strata autos are super thick and very appealing. 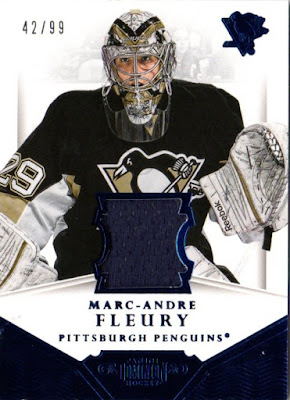 The Pens have one of those good problems with Marc-Andre Fleury.  He had one of his best seasons before getting hurt right before the playoffs. Matt Murray stepped in and promptly helped the Pens when the Stanley Cup.  I'm sure the Pens will at least have to explore trading Fleury, but for now having two good goalies is not a bad thing.  Plus Murray has little to no experience in the regular season.

The piece of jersey looks to be from one of the alternate jerseys the Pens wear. Cool card! 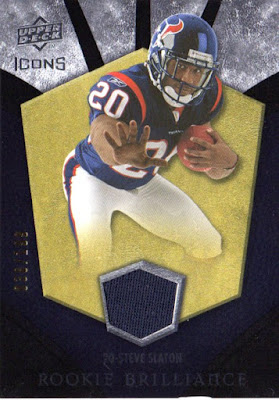 I still add dozens of Slaton cards every year. He was a third round pick, but received cards in just about every set during his rookie season. 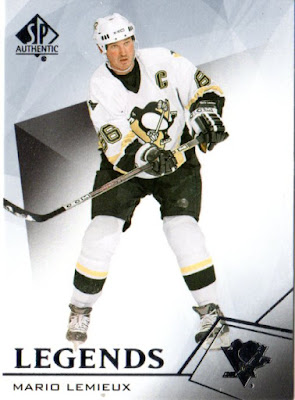 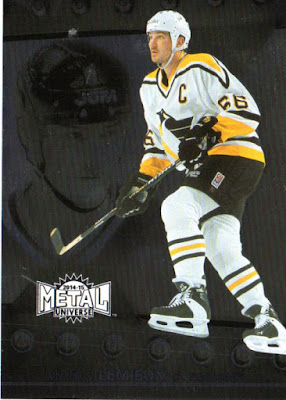 Lemieux saved hockey in Pittsburgh and Crosby took it to another level. It is cool to receive a Metal Universe card.  I purchased a ton of the Metal baseball releases back in the late 90's.

Phil Kessel looks like the most nonathletic person in the NHL.  He's got the balding hair and short/stout frame. He kind of looks like the stereotypical beer softball league player.  With all that being said he can flat out fly on the ice and is a gifted goal scorer.  I'm sure winning the cup was extra special for him as he was basically ran out of Toronto by the media. 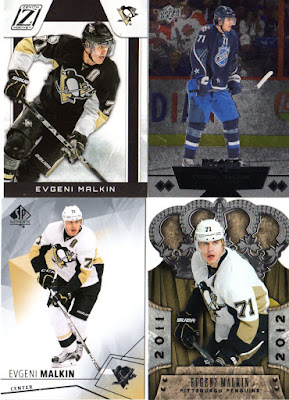 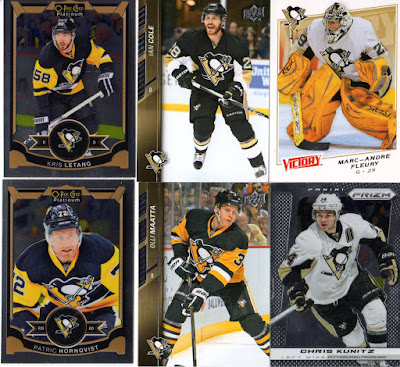 Round out the Pens portion of the trade package with some more active Penguins. 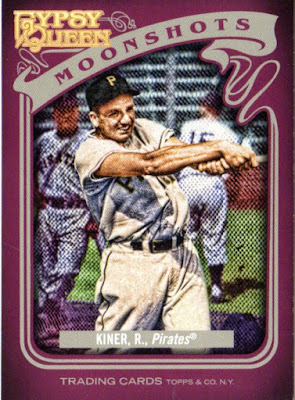 Ralph Kiner lived a very interesting life. If you ever get a chance you should read about his interactions with Branch Rickey, relationship with Hank Greenberg and dating movie stars. 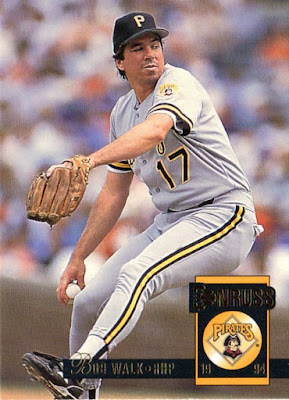 1994 was the last year for major release Bob Walk cards.  The industry has never been the same since. 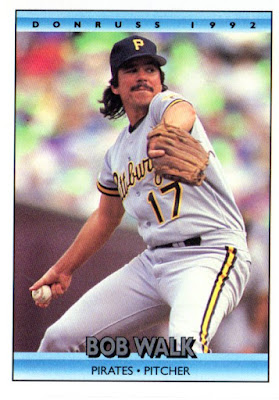 This is an all time great Walk card. The hair and stache game was running on all cylinders. 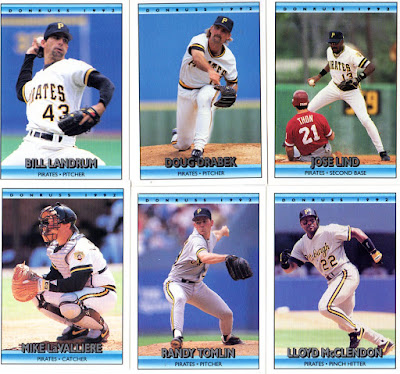 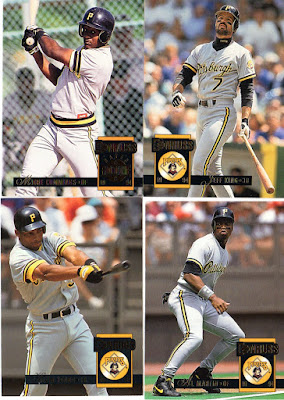 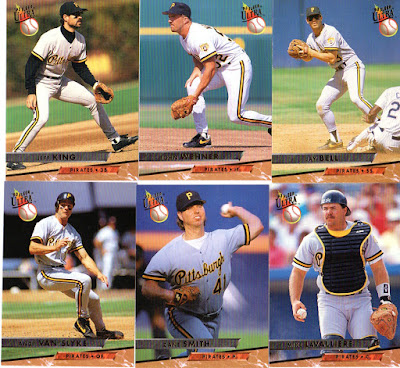 The early Ultra sets were awesome. Very Stadium club esque. By the mid 90's everyone from Fleer started to do acid and you got cards like this..... 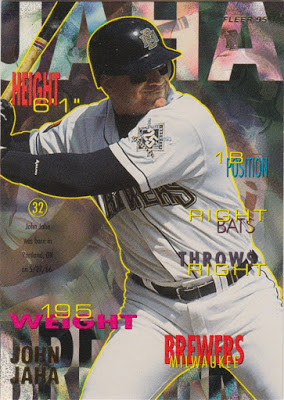 Tony L showed this off the other day and it made me laugh.

Thanks for all the cards Doug.  I hope things with the Canadian post office has blown over. I'll be hitting you back soon.


Posted by BobWalkthePlank at 6:22 PM