Like many of you I try to keep up with the inner workings of my favorite team. I have a slew of local and national writers I seek out for information. During trade deadline time it is easy to go on information overload.

To keep myself entertained my buddy and I started looking for the best comments on anything Pirates trade/personnel related.  We found lots of reoccurring themes.  First is the recency bias that any player that had a good week is immediately better than the established major league player.

This is all coming to light because of the recent call up of Adam Frazier who really doesn't have much prospect pedigree, but provided some position flexibility for the Pirates.  He got a few spot starts and hit the ball well.  That is all it takes for a fan to lose his mind over Josh Harrison.

Speaking of Adam Frazier.  Here is what Pittsburgh fans are saying about him just after a few weeks of solid play.

"Trade Josh Harrison , I love this Frazier kid and really the make every effort  to trade Jhay this offseason."

"On a positive side, Frazier is really a player that I think this city can rally behind. He hustles the way all players should and is a good example for kids watching the games. I'd like to see him as an everyday player in the leadoff spot.

Fangraphs be damned, I guess 50 at bats is enough sample size to have someone take over the job.  Also 50 at bats makes you an ambassador for the entire city of Pittsburgh and the youth of America.


Another comment favorite is longing for the player the Pirates gave up on last year after he has a good game.

"Drives me insane when I see Pedro with two homeruns, his bat can win games." We get pumped if we see Jaso 0-4 with a walk."

The Pedro being referenced is Pedro Alvarez.  Alvarez was non tendered last year after a disastrous year in which he had one of the worst defensive seasons in baseball history.  Last time I checked you have to play defense in the National League.


The grand finale of comments are all proposed trades.  I love the thought process behind all these. Basically they center around the rationale that you trade all the struggling Pirates and a prospect for another teams best players.  Enjoy...

Here you go White Sox, you can have the Pirates terrible starting pitching and one good prospect. The Pirates get an ace pitcher with arguably the best contract in baseball and a slugging third baseman.

Tony Watson, David Freese and Matt Joyce to the Nationals
Lucas Giolito, Oliver Perez and AJ Cole to the Pirates.

I love this one.  The Pirates are giving up about 4 years of control between three players for arguably the best pitching prospect in all of baseball. Plus we get Perez and Cole.

Way too many offers for Chris Sale and Chris Archer to list. Basically they all centered around us giving one prospect and a bunch of guys that have expiring contracts.

If you have time you should do this with your respective teams.  What you will find out is that the AAA player is always better than the current established major league player and plenty of hindsight on previous trades. 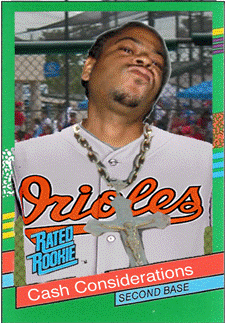