I had one of my busier weeks in recent memory.  Most of it was fun, but it required a good bit of road time.  The only downfall to the entire week was about $1800 in car maintenance.  Ouch!

I've never quite understood minor league rehab assignments for guys already in the minor leagues. Nevertheless this has played in my favor a few times.  Last year for the Black Bears first ever game in Morgantown top prospect Tyler Glasnow got the start.  He was recovering from a minor injury in which he was building up his stamina again.

Last week I got to see Pirates #2 prospect Austin Meadows. Here are a couple pictures of him in the batters box.  The entire time I was at the game he didn't swing at a pitch.  He drew a walk and struck out looking.  You could tell he was pissed at the umpire but kept calm since he was playing in a rookie level game.  To his defense every single pitch looked low. 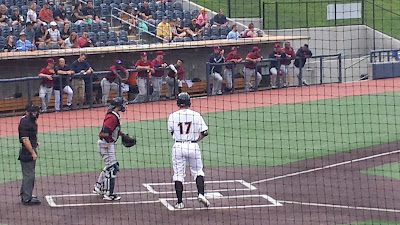 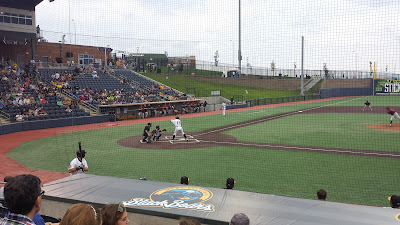 Every year my work has a retreat.  We usually gather at a state resort within WV.  This year was Canaan Valley Resort which is tucked away in the mountains and known for good skiing. If you want to get in touch with nature this is the place to be as it is in the middle of nowhere.

A view of the resort tucked away on the hillside. 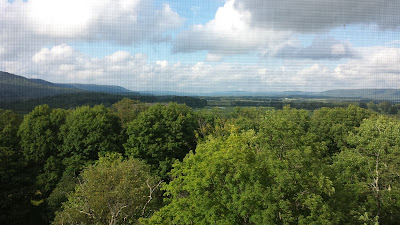 This is the view from my room. 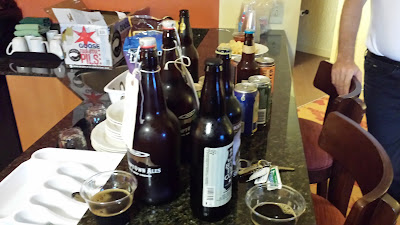 Being the beer evangelist that I am, we held a large beer tasting.


The last part of my week was another trip to DC.  This time I was flying solo to meet up with a lifelong friend for a guys weekend. It did not disappoint. 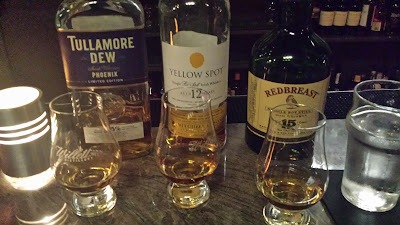 Irish whiskey flight! This place was called Jack Rose and supposedly has the largest collection of whiskey in the western hemisphere. You name it they have it. I saw some stuff cost $6 a pour and others $600.  If you watch the show Best Bars in America on Esquire it was featured on the DC episode. 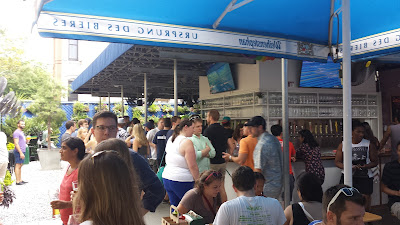 When my buddy mentioned he wanted to try a German beer garden called Dacha I was a little hesitant.  For those who have been to DC in the summer know about the stifling humidity.  Thankfully they have industrial sized fans all around the area.  You can see them at the top left of the picture. 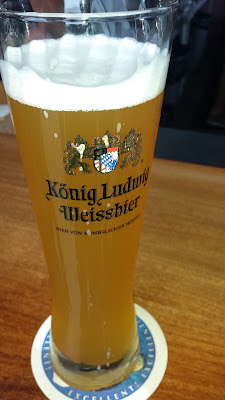 The selection of beer was outstanding! This was a hefeweizen that tasted very refreshing. They had glassware for each type of beer you purchased.

So there you have it.  I'm actually looking forward to being home the next few weekends. I need to get caught up on some trade packages and do some major sorting of recent purchases.

Posted by BobWalkthePlank at 6:34 PM