The Burb is the Word

Mr. Burb's of Wrigley Roster Jenga and I are putting together a nice little continuous blind trade. These are the easiest and best type of trades in my opinion. This time around Tony hit me with two team bags full of Pirates and Penguins. 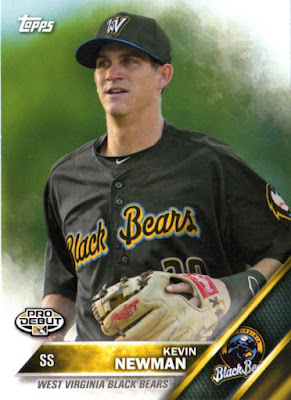 This card along with the Kevin Kramer has become somewhat of an obsession for me.  I've been adding as many as possible including all the parallels. I've had pretty good success so far as I've found two printing plates of Newman and the true 1/1 of Kramer. 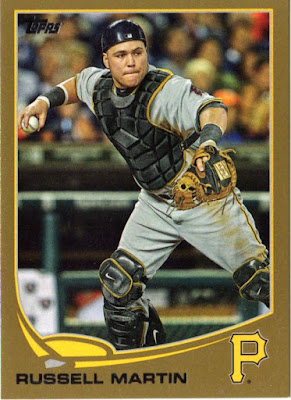 Russell Martin was soooooo good as a Pirate.  It would have been cool to see him stay but Toronto gave him a truckload of money to head back to his homeland. 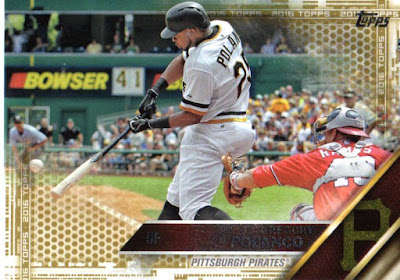 Cool shot of Polanco getting ready to make contact. 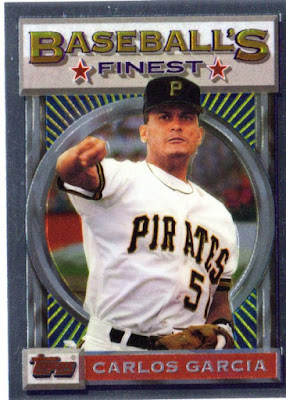 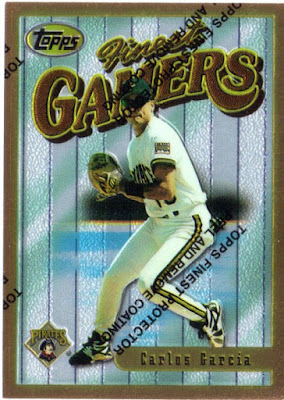 Finest seemed so classy when I was young. It is one early 90's set that has really held its value. 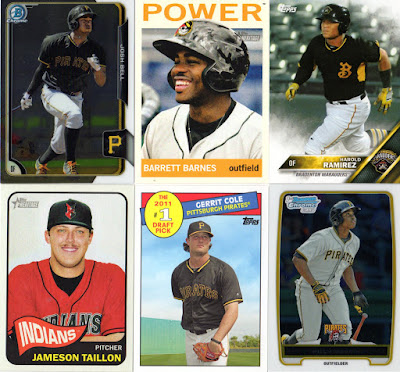 The West Virginia Power play their home games in Charleston WV.  I haven't been to one as Charleston is about 2 1/2 hours away from me. I did however attend a few Charleston Alley Cats games which predated the Power and had a Blue Jays affiliation. 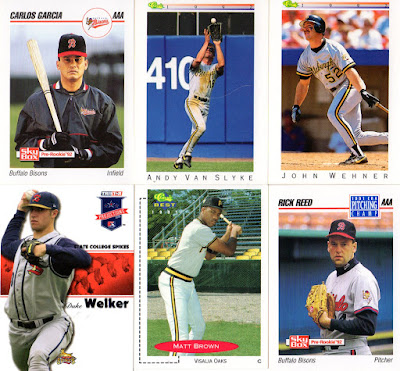 Van Slyke was a favorite of mine during the early 90's.

John Wehner announces the road games for the Pirates. I really can't stand him. He is super negative and rarely gives the opposing team credit for good plays. 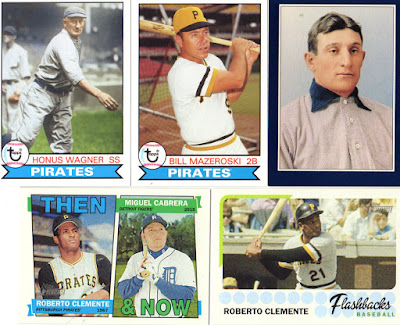 Legend Buccos. The top left Honus Wagner is a favorite of mine. I'm disappointed Tony didn't send me a cut auto version.  What a loser. 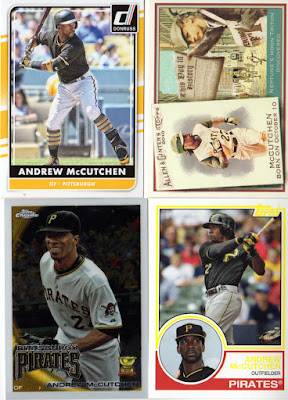 Cutch has had a pretty bad year by Cutch standards. I'm hoping he can have a nice run at the end of the year to help push the Bucs in the wildcard game. It makes me sad to see him struggle.  You can really tell it is getting to him as he hasn't faced this much adversity. 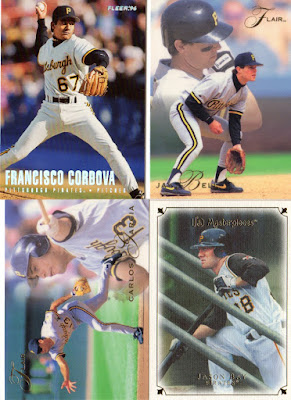 Some randomness from sets I really enjoy.  UD Masterpiece is one of the best sets made in the 2000's. 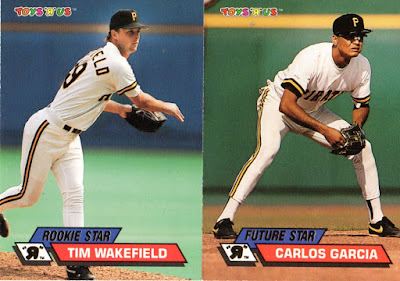 Toys R Us via Stadium Club!!!!  The Wakefield is great. The Pirates really dropped the ball with him. 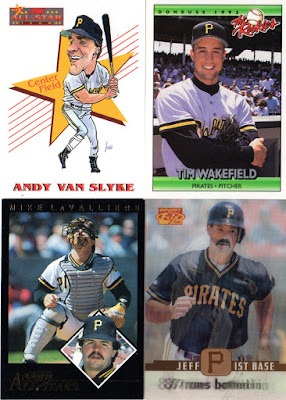 Hard to pick a favorite out of this bunch. I'll probably go with big head Van Slyke just because those Score releases always remind me of my childhood. 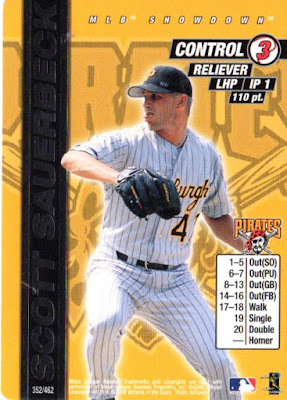 I don't know anyone who actually played MLB Showdown.  I guess MLB thought they better try and capture the Pokemon crowd.

Tony was nice enough to send a bag full of Penguins.

I'm so happy the Pens got their second cup in the Crosby era.  Some were beginning to talk that the Pens should trade Malkin, but the issue was the supporting cast.  Thankfully a great core of young players and a few great trades put them over the top again. 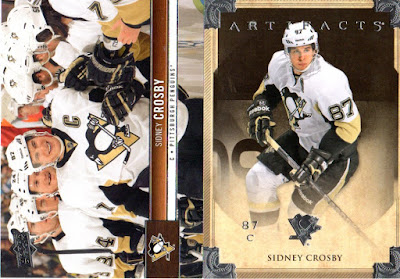 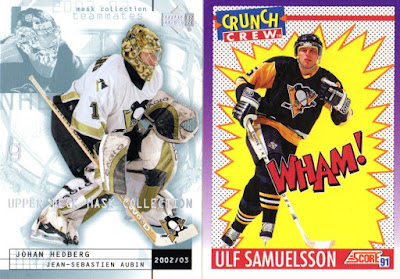 Ulf Samuelsson was about as nasty as they come. You really don't see the enforcer type of defenseman as much these days.

What a great mix of cards Tony.  Thanks a ton! I'll be hitting you back soon.

Posted by BobWalkthePlank at 3:07 PM