Getting Back in the Swing of Things

I finally wrapped up my stretch where I was on the road 5 of the past 7 weekends.  No complaints as most of them were extremely fun, but it will be nice to unwind at home for a stretch.  The weekends are often used for me to get a handle on my collection.  Between being gone and the JBF items you can probably see how I fell a little behind. Time to catch up!

First up is my pal Doug (Sportscards from the Dollar Store).  Doug always sends well rounded trade packages, but he seems to specialize in finding great WVU cards. 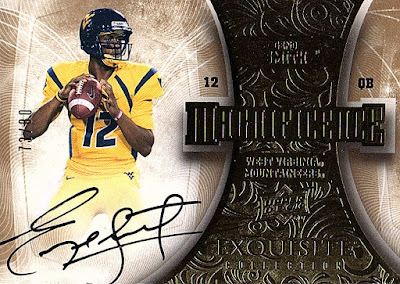 I'm a sucker for any card that features the player in a WVU uniform. This is just a sharp looking card featuring Geno in the gold WVU uniform with an on card auto. 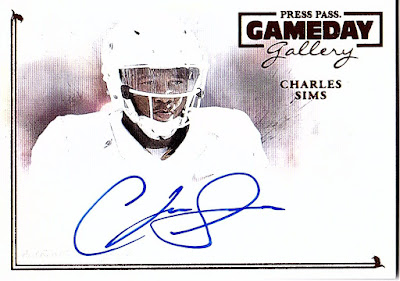 Charles Sims just resigned a one year deal with the Buccaneers.  My guess is he will continue with his 3rd down duties. 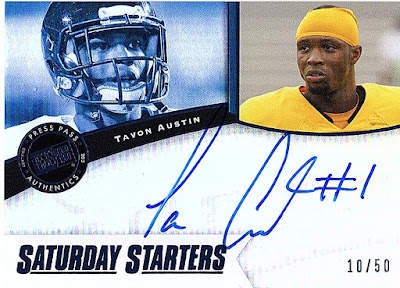 I've noticed an uptick in Tavon Austin cards since he just got traded to the Cowboys.

Fingers crossed for a healthy year out of White. 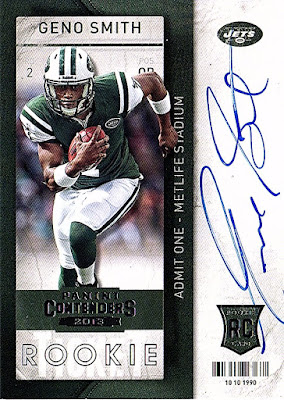 I've always been a huge fan of Contenders.  Probably top 3 for me in favorite football sets. 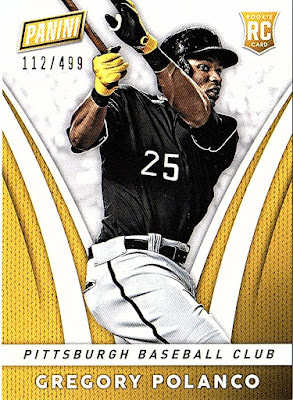 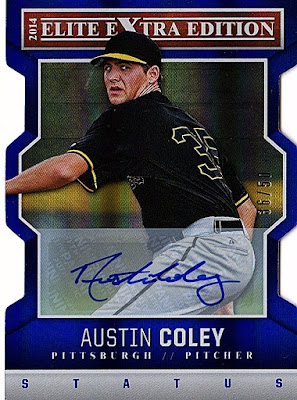 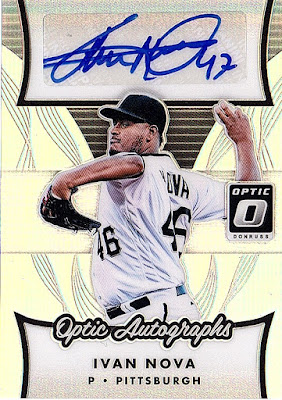 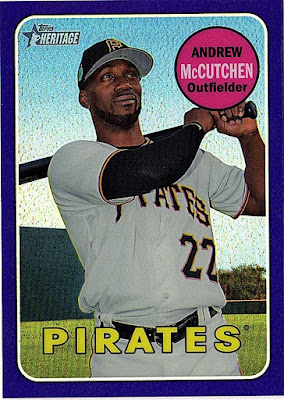 Cutch hasn't had a great start to his Giants career.  I was watching a Giants game the other day and it just doesn't seem right watching him wear a different uniform. 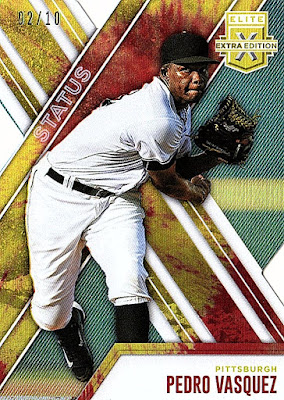 Vasquez came to Pittsburgh in a small trade with the Mariners a couple seasons back.  I believe this is my first card of his and it is a very low numbered one!

Doug is contractually obligated to at least send me one Pens card or he loses his Canadian citizenship. 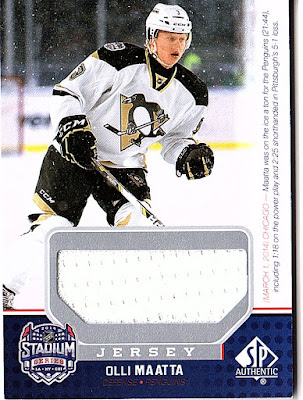 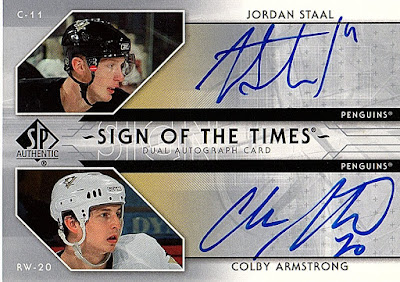 Pretty excited to see this dual auto of two guys that had nice tenures as Penguins.

Guessing Doug must have already had these in his mask collection. 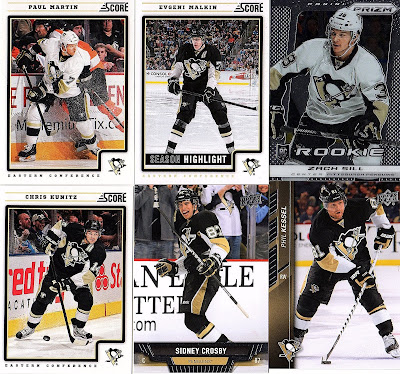 I welcome all Sid cards! 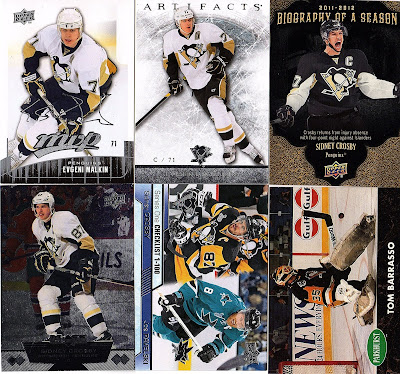 Tom Barasso was a maniac, but fun to watch. 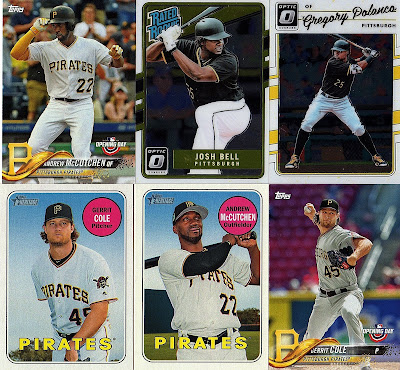 Happy to see Cole doing well in Houston.  Too bad the Pirates didn't get to fully tap into his potential. 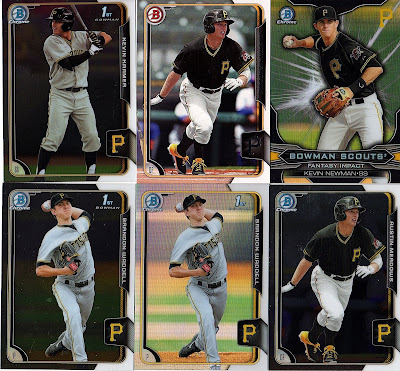 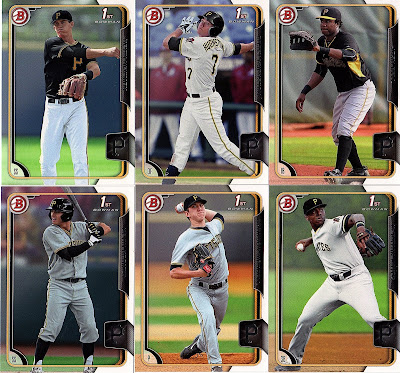 Lots of big prospect names in the bunch of Bowman. Former WV Black Bear Kevin Newman is the likeliest to see MLB team this year. 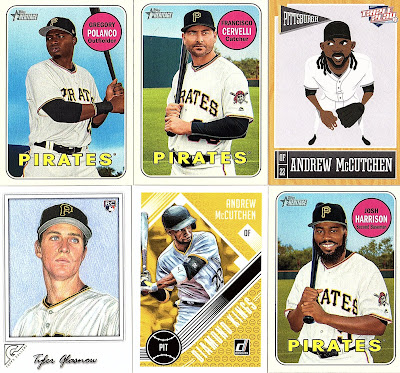 Wish Cervelli had more Pirate releases.  He got off to a very fast start this year, so maybe if he stays healthy he could have a chance at an All Star selection.  That should generate a few more releases. 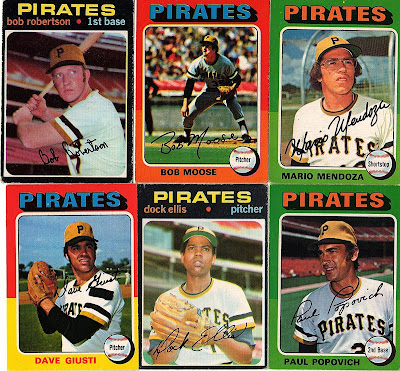 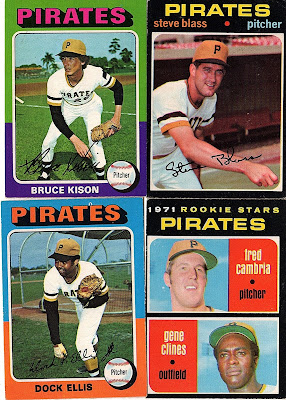 You can never have too many Dock Ellis cards, right?!!!! 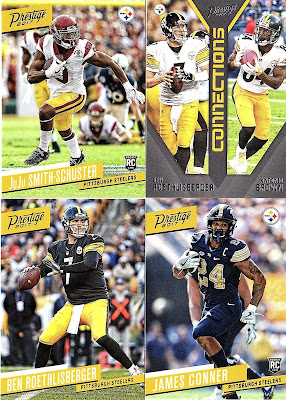 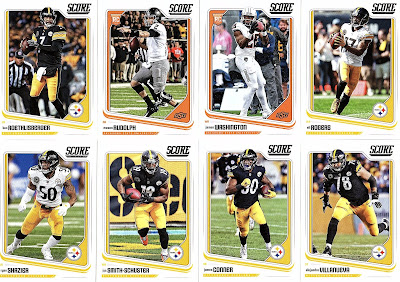 Doug was super quick in sending me the new Score Steelers.  The biggest get is the Mason Rudolph rookie.  I got to see plenty of him when he was Oklahoma State playing the Mountaineers.

This was a fantastic assortment Doug!  I have my work cut out for me to hit you back at the same magnitude, but challenge accepted.