Trading in the blogging community is a beautiful thing.  Nothing quite beats finding a card and knowing exactly who will enjoy it.  A couple months back I bought some trade fodder online and among the group was a few Ryan Howard cards.  That is a guaranteed shipment to Brad's Blog.

I kind of figured that Brad had both cards I sent, but it still didn't stop him from firing right back. 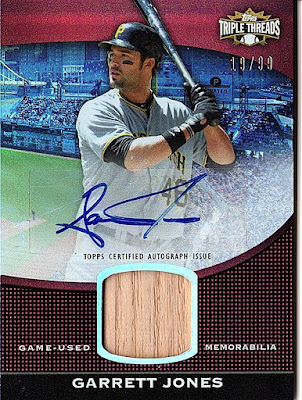 I was hoping Garrett Jones would have stabilized first base for longer period, but he turned out to be more of a roll player that could only handle right handed pitching. Jones was a late bloomer as the Pirates signed him from the Twins.  Poor guy got stuck behind the likes of David Ortiz and Justin Morneau.

Sticker autos aside, I was a huge fan of Triple Threads around this time.  The set featured so many Buccos to chase. 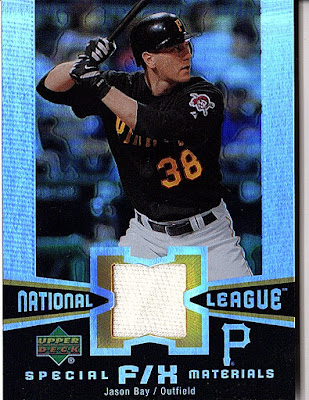 I had been on a Bay dry spell for a while, but this marks the second hit I've received in a trade this week. The Desert Shield set seems to grow more popular every year. It also doesn't surprise me to see graded versions of the cards.  From what I've read a lot of fakes are out there.  People are the worst. The set is valuable because the print run per player was around 7000.  While that seems like a lot it is only a drop in the bucket compared to the regular mass produced junk wax set. 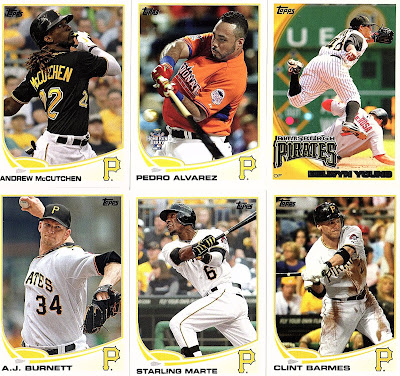 Fun to see a Delwyn Young card.  His most famous moment as a Pirate was taking Stephen Strasburg deep in his debut. 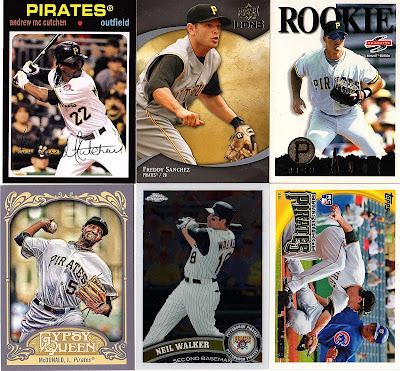 Neil Walker rookie card! Fun to see an Upper Deck Icons card.  One off sets always intrigue me and I seem to gravitate towards them when looking for unique parallels. 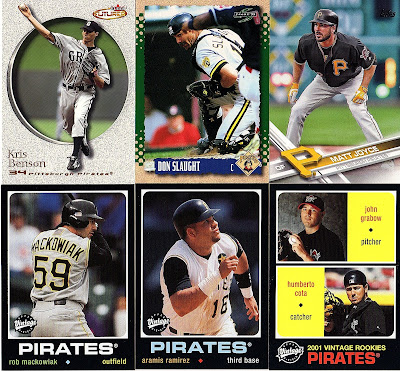 Another short lived set in Fleer Futures! Bonus that the card features Kris Benson in a Homestead Grays uniform. 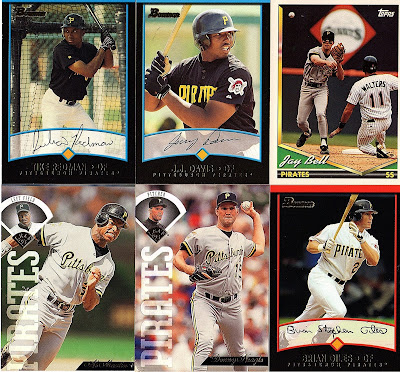 Collecting late 90's through mid 2000's Pirate Bowman prospects is a cruel yet fun venture. You just shake your head at all the missed draft picks. That my friend is how you have 20 straight years of losing. 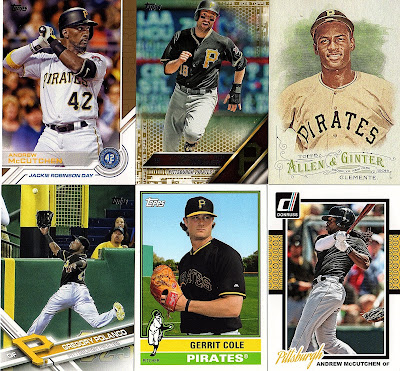 That Polanco was one of my favorites from 2017 Topps. 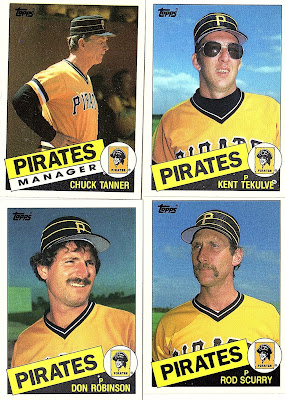 Ending on a strong note here with a manager card and an iconic Tekulve.  That Teke pretty checks all the boxes.

Thanks for the nice surprise Brad.  You really found some cool stuff.

Thanks for reading!
Posted by BobWalkthePlank at 5:50 PM