Johnny on the Spot

John Miller (Johnny's Trading Spot) is about as prolific of a trader you will find in card blogging community.  He recently sent a bunch of Priority Mail boxes in which I was a lucky recipient.  One of my favorite things about receiving cards from John is that they often lean heavy in the 1995-2005 time frame. 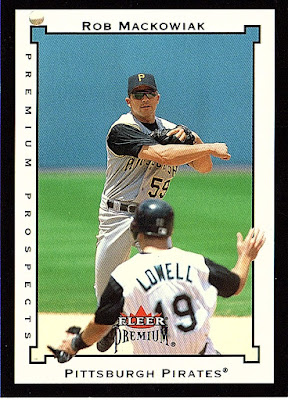 What's better than Fleer....How about Fleer Premium.  It's even more Fleer(y).  I love how the baseball got cropped in on the top left. 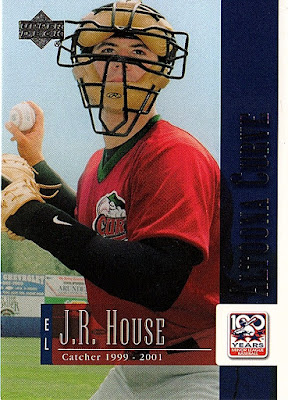 This card actually hits my collection on multiple levels.  JR House is one of the most accomplished WV High School athletes of all time.  He owns just about every quarterback record you can think of. His Dad owned car dealerships in WV and FL so during baseball season he would transfer to FL and play there.

For a while it looked like he was going to be the catcher of the future for the Pirates, but he could never get his foot in the door at the MLB level.  He got a couple cups of coffee and then he retired. 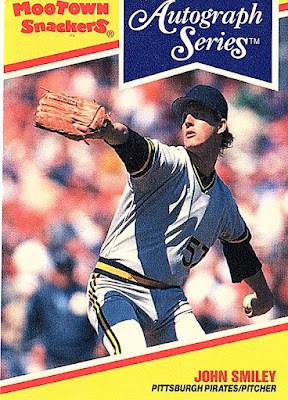 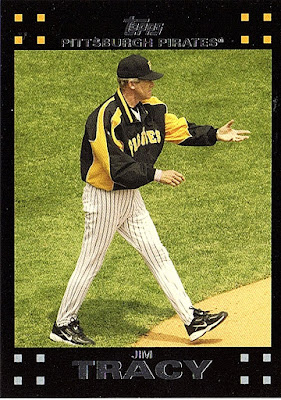 Jim Tracy's tenure as manager was pretty rough.  Lots of reporting of in fighting and players bitching publicly about how he managed the roster.  All I know is I love manager cards! 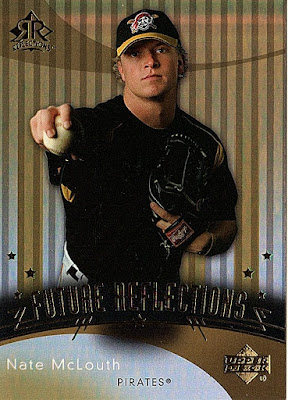 McLouth was always a cool story.  Never much of a prospect (drafted in the 25th round!) he would hit his way to the MLB level.  The Pirates also timed his trade from Pittsburgh perfect as he never could regain the magic after breaking out to All Star level in 2008.  His trade also opened the door for Cutch. 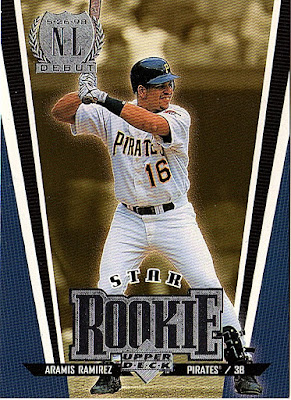 I've been putting a lot of focus in finding all the Ramirez Pirate cards. 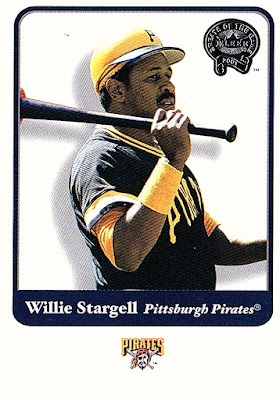 One of the best legend sets ever created. 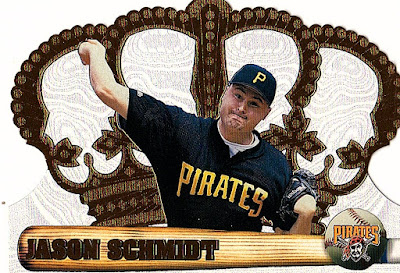 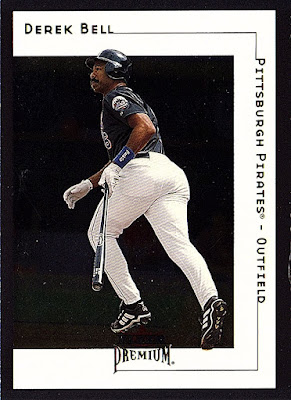 One of those weird cards where the card says Pirates, but features a different uniform. 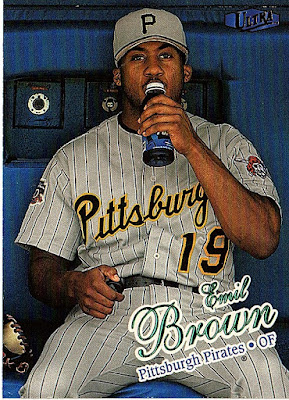 Lots of great cards can be found in Ultra. 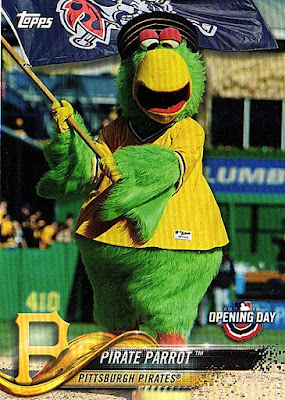 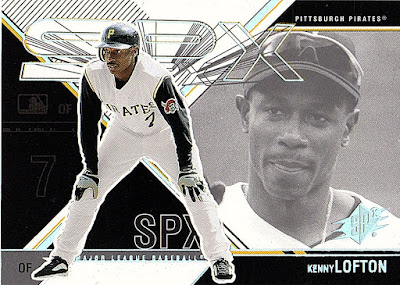 Not easy to find Pirate cards of Lofton.  This is just fantastic and might be my favorite card of the whole bunch. 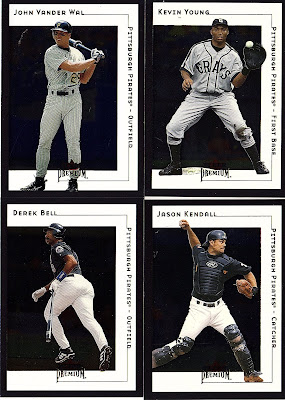 I'm talked about that Kevin Young card a few times in the past. It prominently features the Homestead Grays uniform.

This is an eclectic bunch right here.  Love the Nunez. 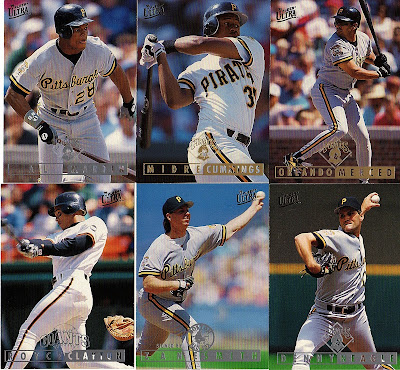 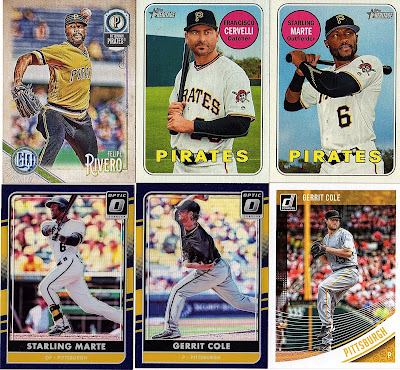 Been really hoping for some new Cervelli cards this year.  Fingers crossed that he gets a Pirate auto release. 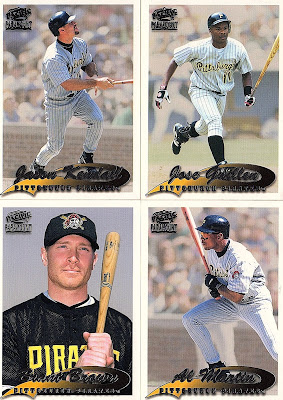 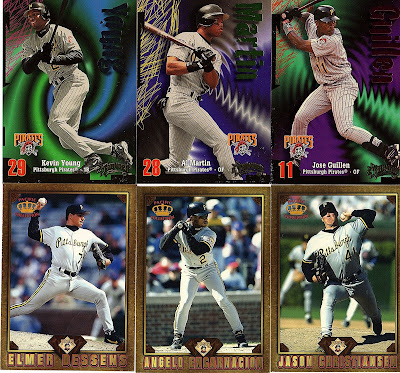 Could you imagine a collaboration between Skybox and Pacific.  You would probably have to wear special glasses just to look at the cards. 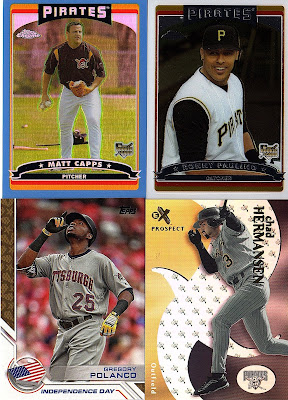 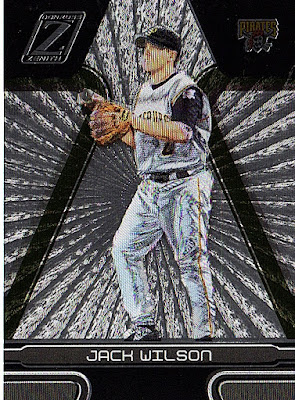 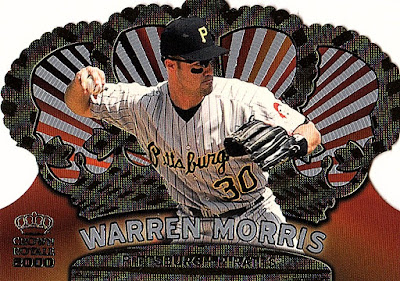 Pacific could even make Warren Morris look classy and cool. 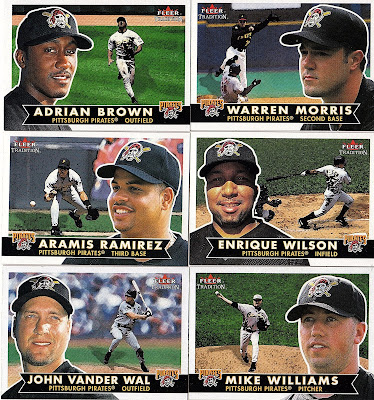 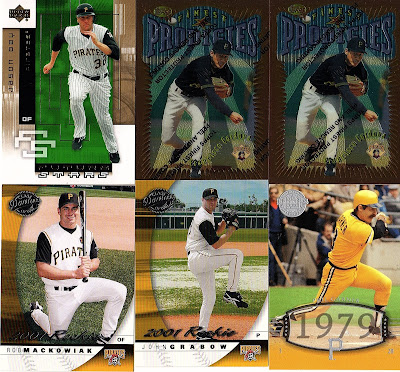 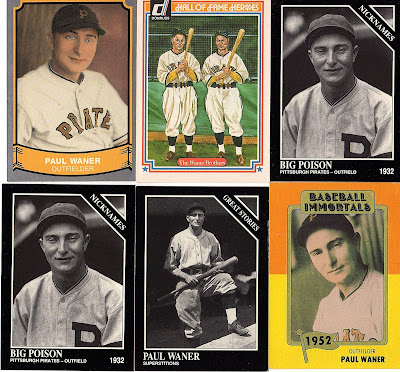 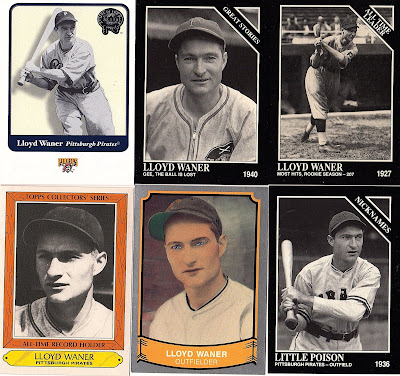 Quite a haul of Big and Little Poison. 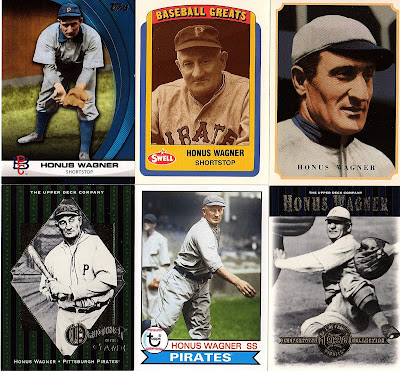 The sliding Honus is my favorite of this bunch. 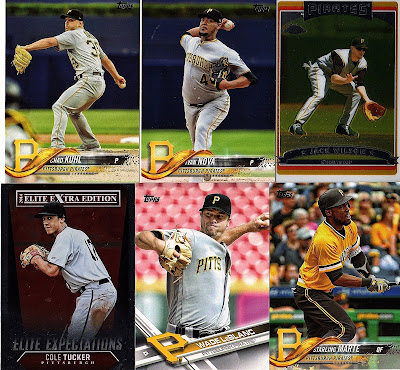 I'm always a sucker for the random reliever card.  Wade LeBlanc for the win! 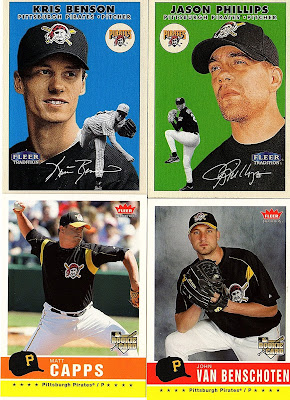 Kris Benson not developing into an ace really killed the Pirates. 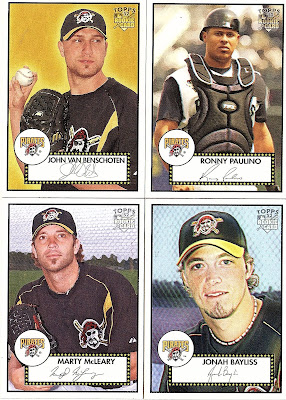 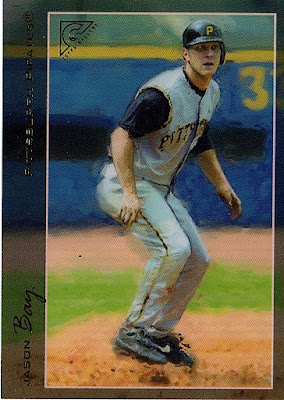 This was a cool Bay card and a perfect way to end what was a crazy fun bunch of cards to look through. You cease to amaze me John.  Hopefully I can find something cool to repay the generosity.