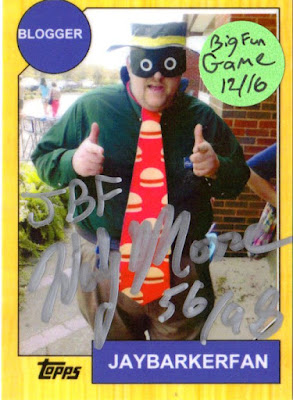 Wes brought out the big guns for the Big Fun Game. That is probably the least surprising statement in the history of mankind.  For those that know Wes, know for a fact that he is a madman.

I got a late number slot in the Big Fun Game which is good and bad.  The good thing is that it doesn't give much time for my card to get stolen, but the negative side of things is that the heavy hitters are likely not eligible to be stolen as they would have been passed around several times.

Well, things happened to work out for me.... 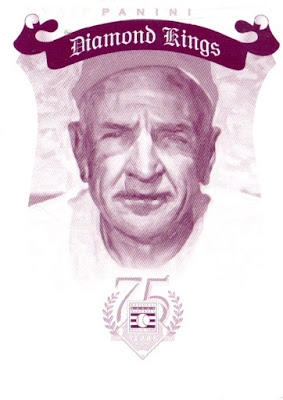 My prize was this cool printing plate of Casey Stengel.  A pretty cool card for just randomly picking a number!

Of course Wes threw in a couple of extras. 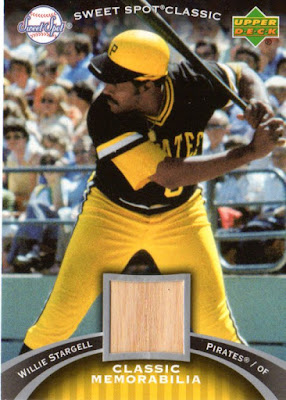 An extra for Wes is a Pops relic.... Sweet Spot Classic was a cool set.  Great shot of the Pirate legend.

Cole Tucker was a first round pick for the Buccos a few years back, but was injury plagued from day one.  He seems healthy now and has really come out of the gate strong.  The Pirates need as many good middle infield prospects as they can get.

Thanks for the Big Fun Game Wes. You really outdid yourself.  Look forward to whatever else you got in mind.

Posted by BobWalkthePlank at 3:11 PM