Back before Spring Training started Topps sent out a coupon for anyone that was going to take the plunge on one of the 15 card Topps NOW team sets.  After some debate I decided I would take the plunge on the auto version since the checklist was Marte, Glasnow and Taillon.  I had my fingers crossed for a Glasnow since it would be considered a rookie auto, but it didn't end up like that.

Quick side note....Sells of these team sets were really poor.  One big reason besides the asking price had to be that Topps really dropped the ball on the checklists.  Many teams including the Pirates didn't have all 15 cards announced by the deadline.  Seemed like a really lazy mistake unless I'm missing something.  It wasn't a big deal for me as all the players I wanted to see were announced already but some teams only had about half listed. 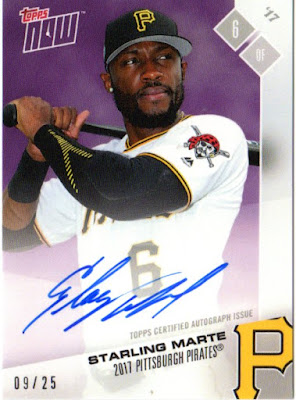 For obvious reasons this is probably not the most desirable card to get right now, but I didn't mind.  It had been a while since I've added a nice Marte to the collection and this goes down as one of the more unique.  This is actually one of the parallels, but since so few sets were produced I'm wondering if all the autos are short printed.  So far of the three signers I've only seen two Marte's on eBay. One was /10 and the other /25. 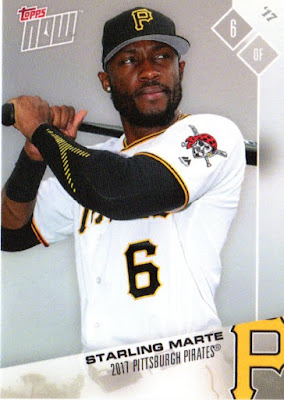 Here is the base version. 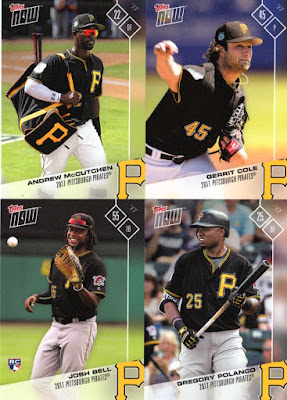 Love the Cutch card. It has a nice Spring Training feel to it. The Bell might turnout to be a nice rookie card since the set is so low numbered. 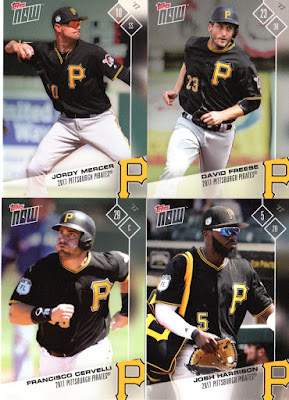 Harrison for the win here.  Nice to see a David Freese Pirate card too.  He has only had a couple so far. 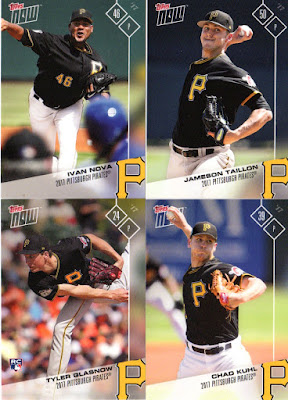 Another Glasnow rookie and a rare Nova Pirate card. 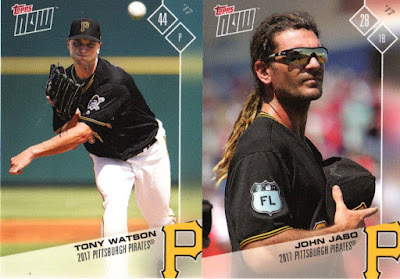 Overall I'm happy with the purchase. Obviously it wasn't the best of times to receive a rare Marte auto, but either way it is a welcome addition to the collection. I was torn on whether I would have found these cheaper on the secondary market, but I feel I probably made the wise decision with ordering straight from Topps.  Right now I'm not even sure if the Glasnow and Taillon autos were produced and the Marte's I've seen are super expensive on eBay.  I just don't think many of these will make their way to the secondary market.  Time will tell I guess.

Thanks for reading.
Posted by BobWalkthePlank at 8:03 PM