Doug continues to add to my WVU and Pens collection on a monthly basis. He just has a knack at finding tons of cards for me.  Such was the case on this package I got early last week. 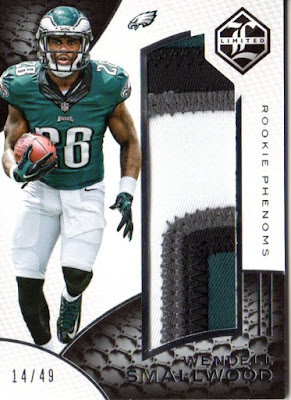 What a patch! The Mountaineers have had a knack putting running backs in the league.  Smallwood left WVU after his Junior season and was drafted by the Eagles in in the 5th round in 2016. A lot of people were upset that he left, but he would have had a hard time improving his draft stock so the injury risk probably wasn't worth the reward of cracking the 3rd or 4th rounds. 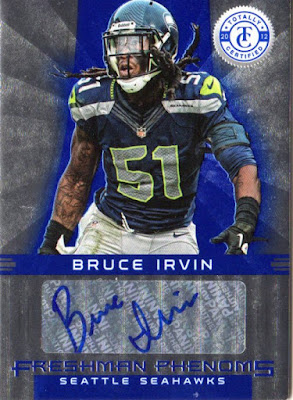 Bruce Irvin has had a nice professional career so far. He has part of the heralded legion of boom defense in Seattle and then signed a big free agent deal last year with the Raiders. He doesn't have many certified autos so this was a nice addition.  Thanks Doug! 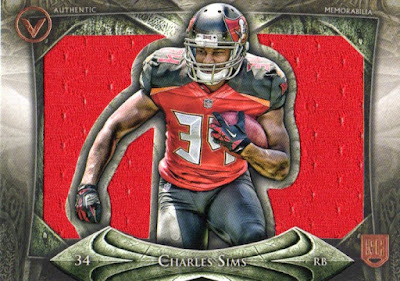 A nice big red jersey swatch of former Mountaineer running back Charles Sims. Sims has had trouble staying on the field, but when healthy he has been a nice change of pace from Bucs starter Doug Martin. 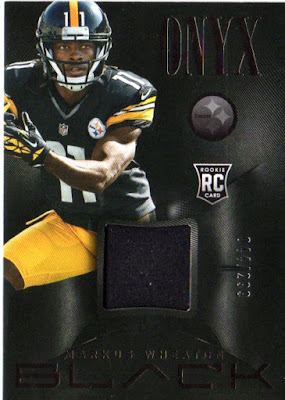 Onyx cards are tough scans because of the dark colors. This is very nice looking in hand. 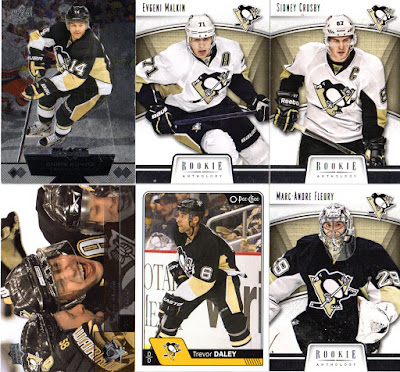 Some nice star power in this mix. I like the Malkin Upper Deck card. 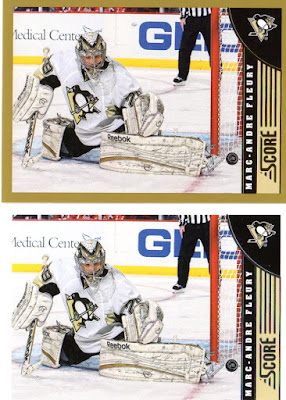 It has been pretty cool to watch Fleury have a solid playoffs. This will likely be his last go around for the Pens as most seem to think he will be left unprotected in the expansion draft. 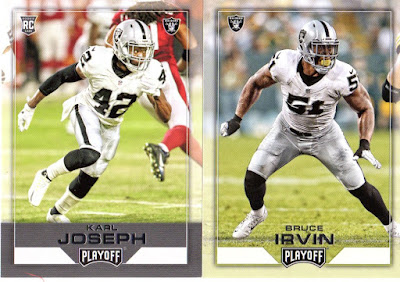 I've been having a tough time adding Joseph cards to the collection. Thankfully Doug has sent a few my way.

Thanks for the cards Doug!

Thanks for reading.
Posted by BobWalkthePlank at 12:52 PM