Earlier this week my brother called me and said he had tickets for game 4 of the Pens/Capitals series. Sounds good to me! We both decided to leave work early and make a day of it. 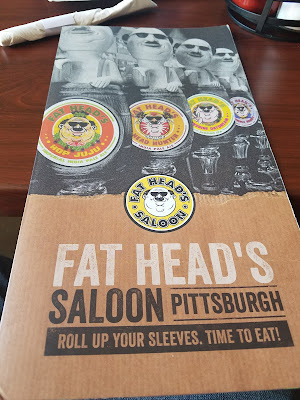 My brother is a beer nerd like me so we used our time to stop at one of my favorite bars in the world. Fat Head's is a brewery based out of Ohio, but has restaurant/tap room in Pittsburgh.  Some of you that I've traded beer with were the recipients of some of their brews. 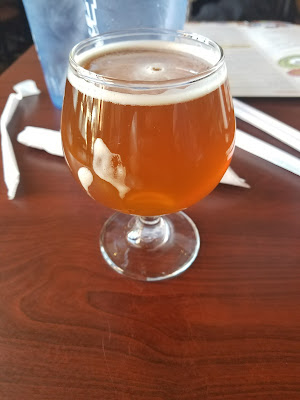 This was a delicious double ipa called Marauder. 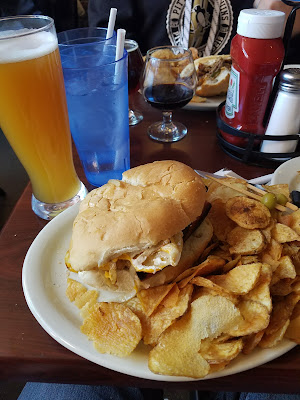 This sandwich had kielbasa and pierogis on it.  I regret nothing. It paired nicely with a wonderful hefeweizen. 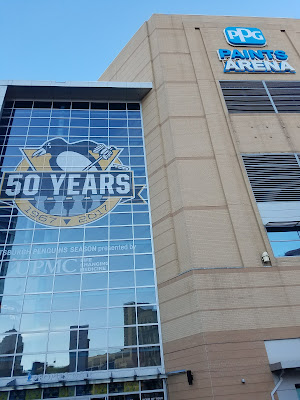 The paint bucket!  I don't know if anybody calls the arena that, but they should. 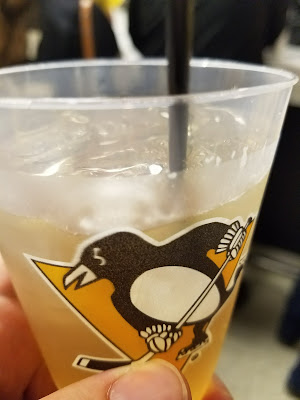 Somehow we ended up at a bar in the arena that was giving away free shots of Jim Beam. That was not a good choice. 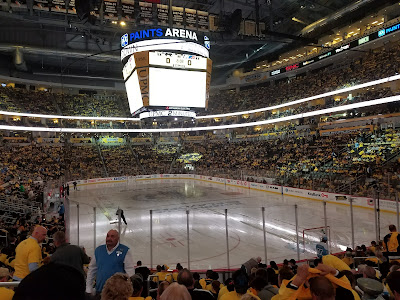 A view from the seats. 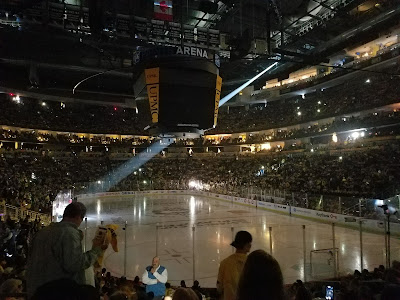 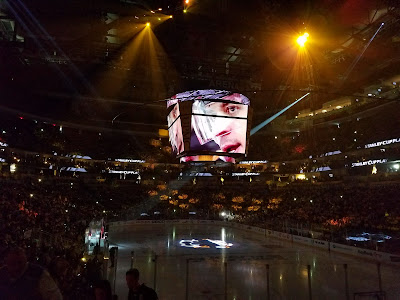 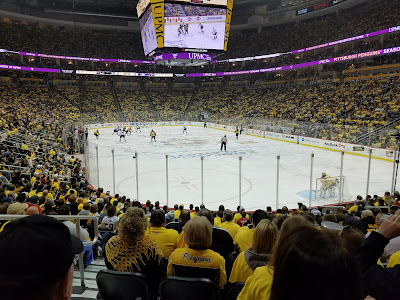 This was my second ever playoff hockey game.  The Pens ended up winning 3-2 so it capped off a very awesome evening.

Posted by BobWalkthePlank at 6:03 PM