My long standing trade with Jim from cards as i see them has been chugging along nicely. Recently we have even dipped our toes into beer trading.  Minnesota has a lot of good beer that I've been wanting to try and Jim was nice enough to send a few cans on separate occasions. Now I'm on the clock to hit him back. 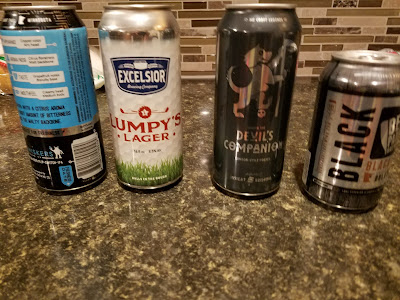 Looking forward to these!

Of course Jim didn't stop at beer. He always has a full arsenal of Pirates to send my way. 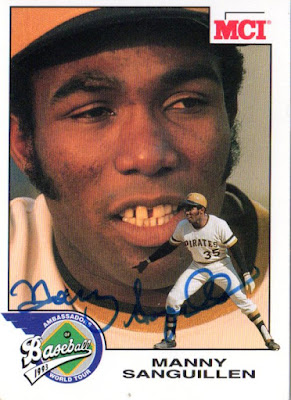 This is a great in person signature of Manny Sanguillen.  I love that it is on an MCI Ambassadors of Baseball card. 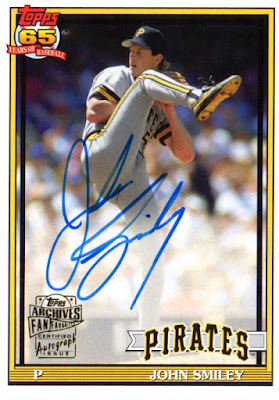 John Smiley was a nice addition to the Fan Favorites set this year.  My work on earth won't be complete until we get a Bob Walk. Thanks for sending this one my way.  I will always love the Fan Favorites set, but they really tested me this year by putting Skip Bayless and the guy who fights for baseballs at games. 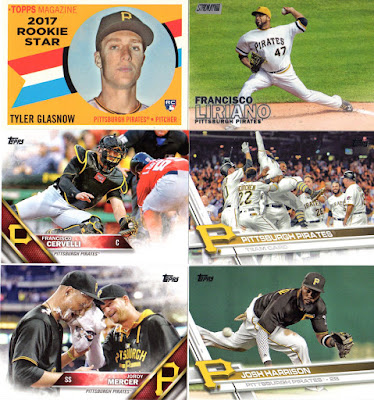 The Mercer card was one of the better Pirate cards from last season. Nice cameo from AJ Burnett too. 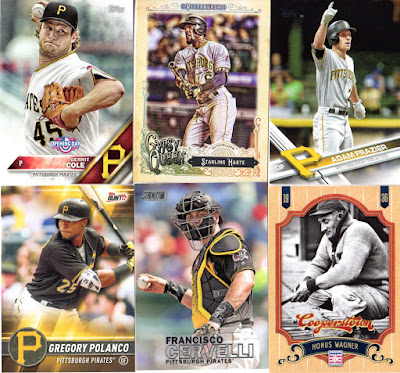 Nice to see Adam Frazier get a card.  He was a guy that wasn't thought of as much of a prospect but hit at every level of the minors.  His rise through the system was much like Harrison.

The surprise of the package was some Steelers with the big highlight being these Polamalu cards. When I was actively adding Steelers to my collection in the mid 2000's Troy was probably only second to Hines Ward in personal favorites to collect.  The main issue with Troy is that he came at a premium price.  During his playing days he was a notorious hard guy to get an auto of so collecting him came at a big price.  Man, he was fun to watch play.

Thanks for the cards Jim.  I'm definitely on the clock to get you some beer!

Thanks for reading!
Posted by BobWalkthePlank at 1:50 PM