I've been gone the better part of the last two weeks so I feel like I'm about a month behind scanning and organizing cards. So if you sent me cards in the last couple of weeks I'll be getting things scanned and posted in the coming days. Off the top of my head I know I have stuff from GCRL, Bo, John Miller and JBF.

This post will feature some more great cards from Brian (Collecting Cutch).  Brian sent me a great sample of cards that I had to divide up in multiple posts because of the shear quantity.  This batch is the potpourri section as it features a variety of hits of well know Pirates. 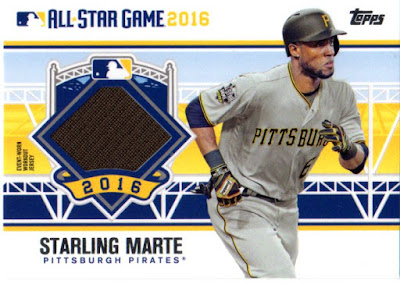 The Pirates somehow managed to keep their heads above water while Marte served his 80 game PED suspension.  Since his return they have been playing very good baseball. I have a weird obsession with All Star relics so this is a welcome addition. 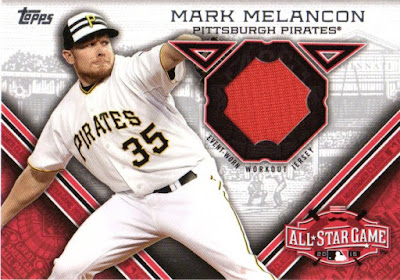 The Pirates struck gold with Melancon in a variety of ways.  When he came as part of the Joel Hanrahan trade he was thought more as a throw in, but he had a big time resurgence.  After three and a half years with the Buccos he was traded for the Nats for Felipe Rivero and Taylor Hearn.  Rivero has developed into one of the best relievers and baseball and Hearn prospect status has really risen since the trade. 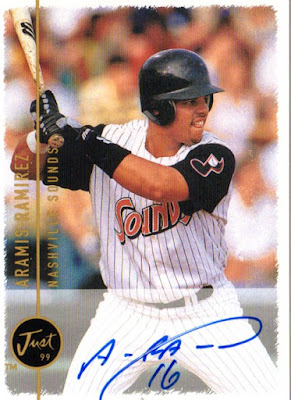 I love the Nashville Sounds uniform! 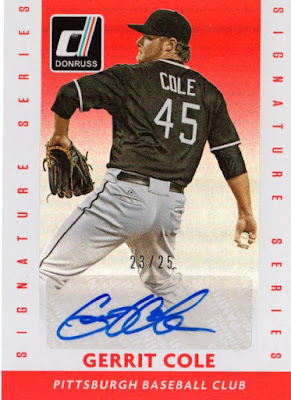 Last, but not least is a low numbered auto of Gerrit Cole.  Lots of rumors of Cole being a big trade candidate at the beginning of the year, but with the team playing better it is hard to imagine the Buccos trading him away.