Oddballs are universally loved in our little community.  While not as prevalent today, if you look hard you can still find some regional food releases and team issued sets.  I know a few local food makers in the Pittsburgh area still release cards.  I featured this Jack Wilson a couple years back. That card is still one of my favorite additions in recent memory. Not to many obscure donut cards being released today!

Below is a lot of Pirate cards featuring the Pirates Charities logo.  I'm not sure how these were distributed so I'll get Brian from Collecting Cutch to comment below as he is the one who sent me these. Pirates Charities hold a ton of events in the area so it wouldn't surprise me if these were given out as prizes during some of their races or possibly an opening of one of their many Miracle League Fields. 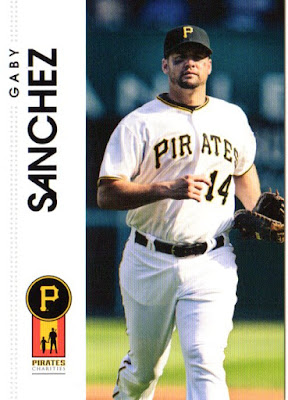 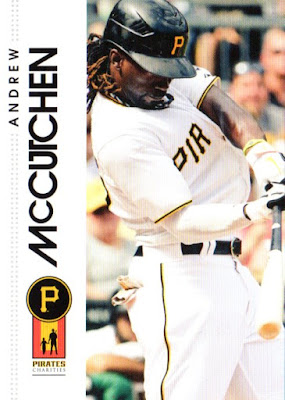 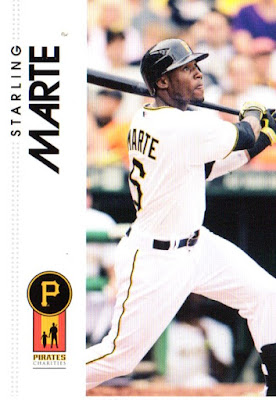 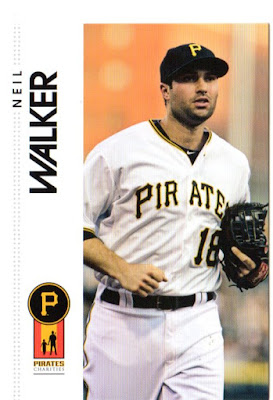 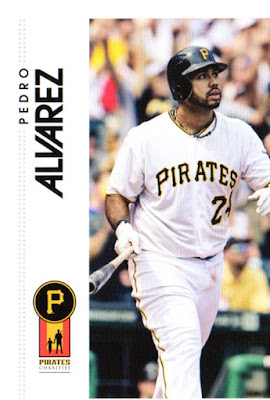 I featured the Gaby Sanchez first because he is the most obscure player featured.  Nothing to fancy about the cards themselves, but sometimes less is more. Thanks a ton Brian for the new oddball addition. Hope you can shed a little more light on how they were given out.

If you love oddballs please follow Tony's new blog Collecting the 1980's.  It is an awesome read from a man who has given me a ton of fun oddballs over the years in trade.  He knows his oddballs!