I'm very thankful that I have been a recipient of John Miller's generosity over the years.  He always sends great cards, many of which are from that late 90's early 2000's time frame that seems to always have holes in my collection. Last week I received another massive envelope with a small note that said Christmas in July.  It was indeed a Christmas like cardboard haul. 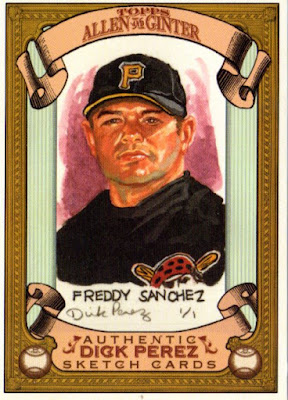 This was the first card to catch my attention in the five team bags worth of cards.  I'm a sucker for sketch cards. 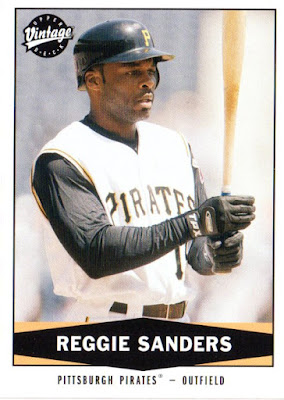 Reggie Sanders only played a short time for the Pirates so he only has a few cards out there. 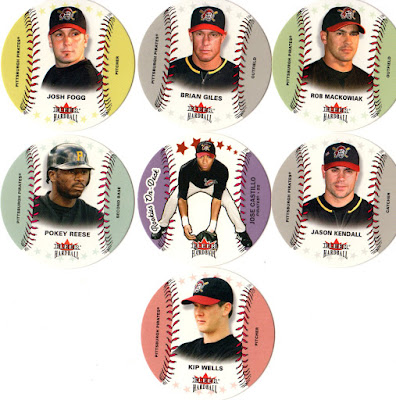 Lots of great names here. Rob Mackowiak was a big time fan favorite during his Pittsburgh years.  He could play every position. 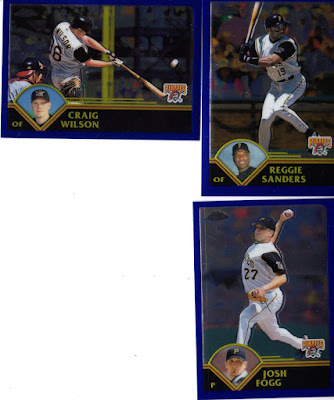 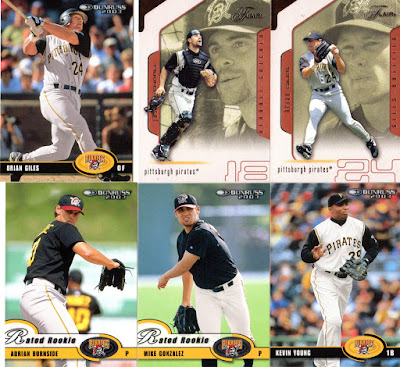 Kevin Young just started to do some analyst work for the Buccos.

2002 Donruss always looked like an outline of playing cards. 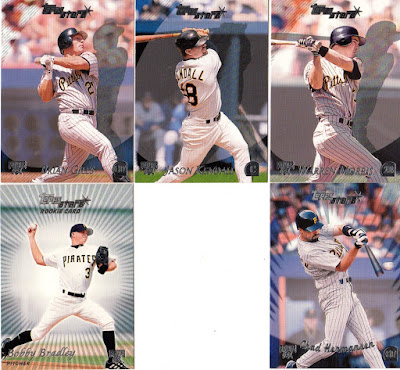 Like I said, John always hits on some often forgotten sets. These Topps Stars cards are a perfect example. I feel like Brian Giles has about 400 different cards featuring him in his follow through.

Always a sucker for canvas cards. Kip Wells looks like he is prepared for a mugshot. 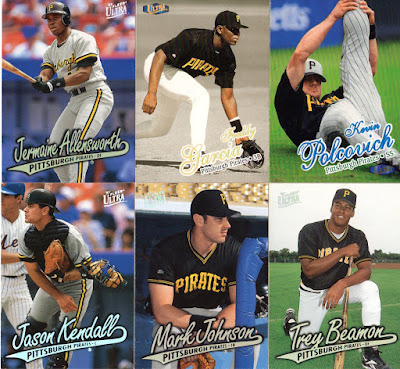 Underrated Ultra! Greats shots of Kendall (as always) and Polcovich. 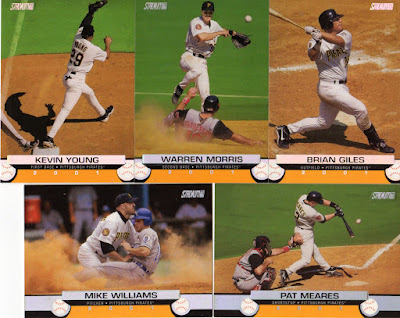 Mike Williams with pitcher play at the plate!!!!!! 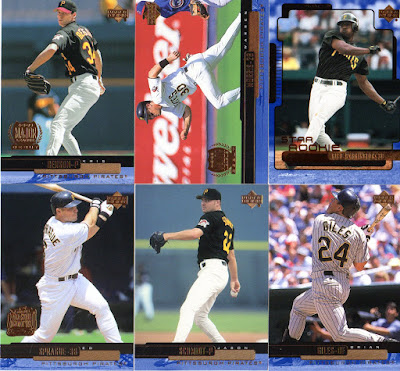 See what I mean about Giles swing pose.... 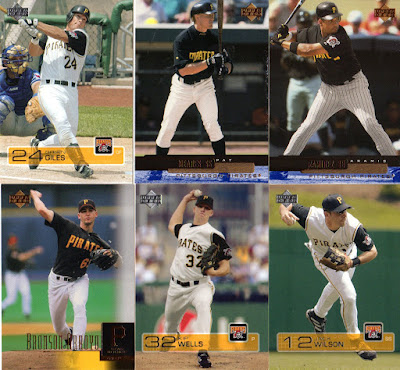 At least it is a different view here.... Cool shot of Jack Wilson. He was a guy known for his defensive acrobatics. I'm actually a little disappointed he doesn't have more unique cardboard out there. Sometimes that happens when you come of age in the relic/auto era. 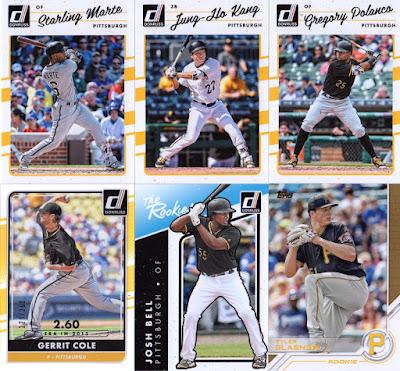 We close things out with some current Buccos.  I guess semi current since Jung Ho is basically stuck in Korea and Glasnow is in AAA. 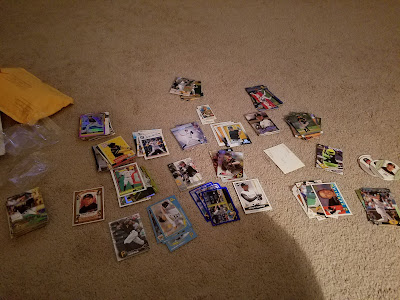 As you can John included an absolute ton of cards.  I just showed off what I thought was a nice sampling.

Thanks for all the great cards John.  I'll be hitting you back with some cards soon.

Posted by BobWalkthePlank at 10:05 PM