My arch rival JBF is going into trading retirement in the near future.  In typical JBF fashion he decided to go out with a bang by bringing back the World Cup of Trading. The whole idea is that Wes posts a bunch of cards that we can claim.  Based on those claims we send Wes a return package full of cards that better fit his collection.  I'm hoping to defend my 2014 championship. I know your jealous of that trophy.

Since I think Wes has already traded me every Pirate card in Alabama the WCOT was void of Buccos.  What it did have though was some exciting hockey cards.  I don't actively buy hockey, but like to trade for them when I get a chance.  I claimed three Pens cards from Wes.  Of course he threw in a ton of extras as well. 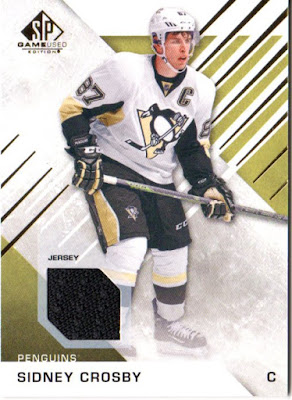 This was the big card I claimed.  I don't have many Crosby cards so this was a nice get. 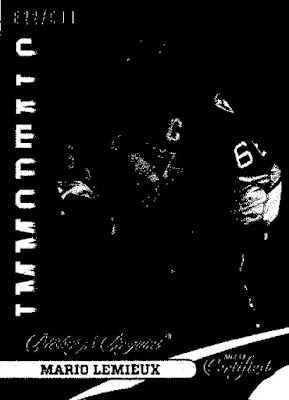 Bad scan, but a cool card of super Mario 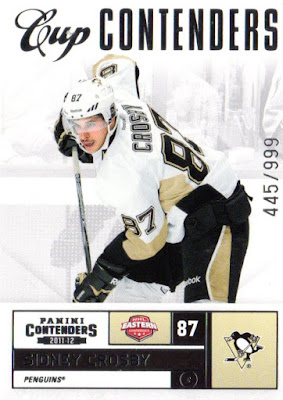 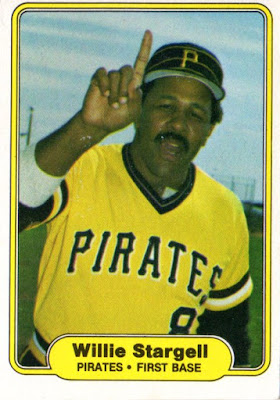 I love this Pops card. 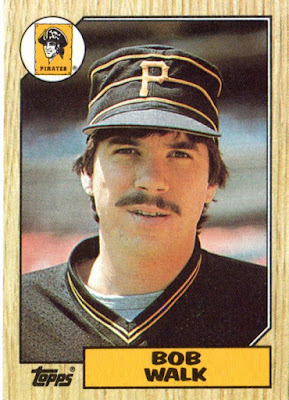 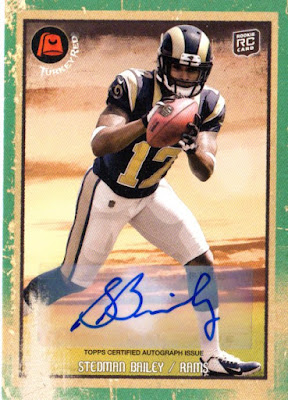 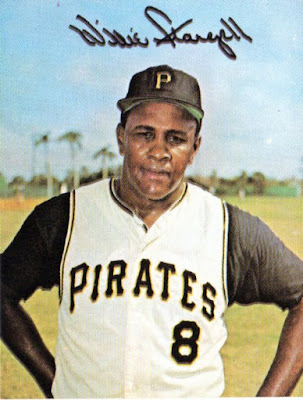 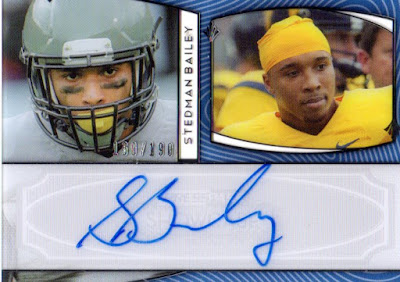 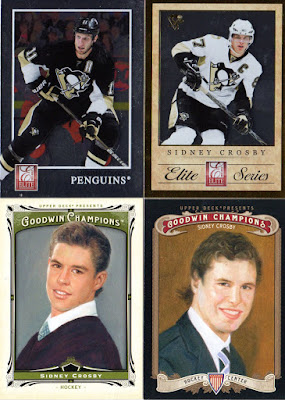 Goodwin Champions always cracks me up.  These Crosby cards are kind of weird, but not as bad as some other Goodwin cards.  Take a look at the Pete Rose cards if you get a chance.....yikes. 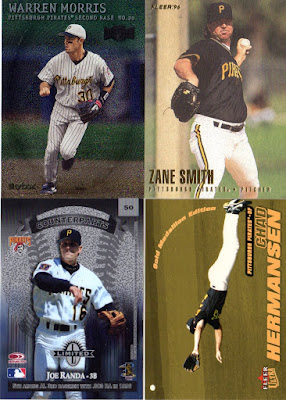 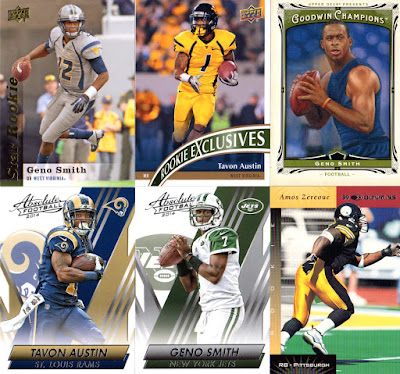 Not all Goodwin's are bad.  The Geno Smith is a cool card. A nice collection of former Mountaineers. 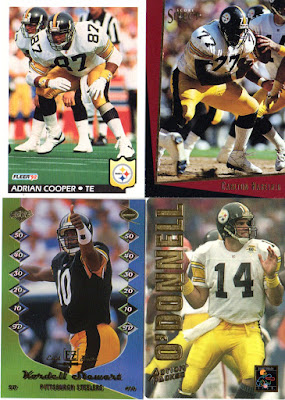 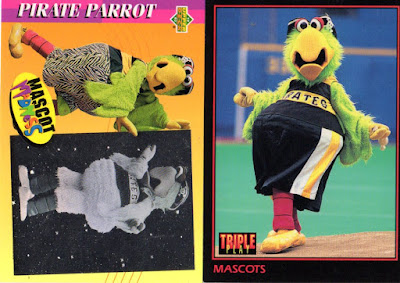 I think I pretty much super collect the Pirate Parrot.  I love mascot cards. 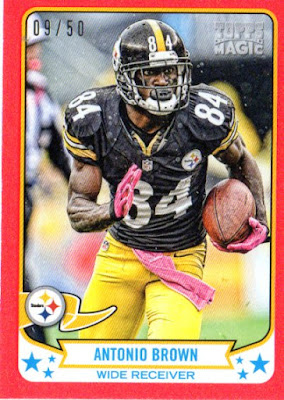 I didn't even notice the serial number until I scanned this card.  Nice addition to my modest Steelers collection.

Thanks for hosting the second World Cup of Trading Wes. I know this has to be a lot of work.  As always your generosity knows no bounds.