It had been a while since I joined one of Chris's group breaks. The desire is always there, but sometimes the checklists don't warrant the purchase. A few weeks back I noticed a plea from Chris to fill the last few spots of an upcoming break, one of which happened to be the Pirates.  The main events this time were Diamond Kings and Archives.  DK is full of Pirates so I took the plunge.

We were also randomly assigned a bonus team in which I received the Twins.  This was a nice get for me as I frequently trade with Brian from HSCA. I'll be forwarding all those to him so he can show them off at some point. 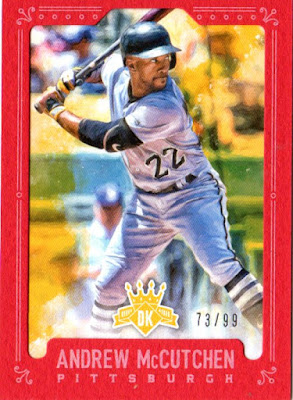 My best card of the break was this Cutch framed parallel from Diamond Kings that is numbered /99. It may not seem like much, but Cutch parallels can be sneaky expensive. 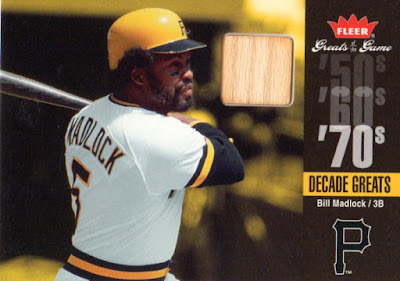 Chris threw in a bonus relic which happened to be a really cool Mad Dog bat relic.

Some of the notable pre war players in the DK set.  I love that Panini produces a lot of cards for players during this era. 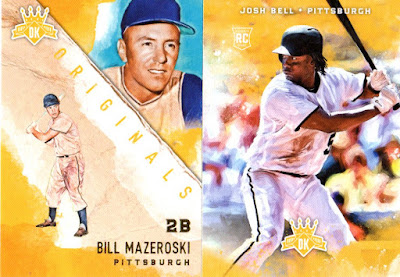 The Bell rookie was my best present day Bucco. 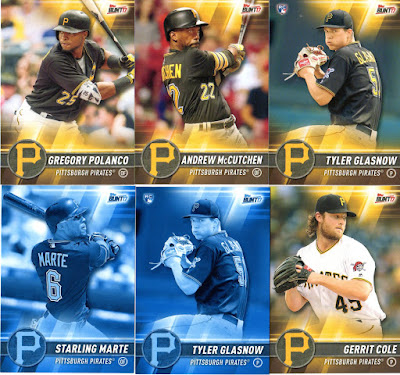 Most of the big names are represented in the Bunt portion of the break.  Glasnow is the big rookie for the Buccos in the 2017 sets so it was nice to get a couple variations. 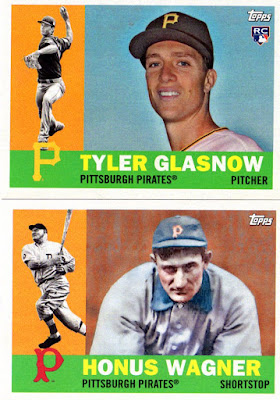 My two favorite cards from the Archives break. 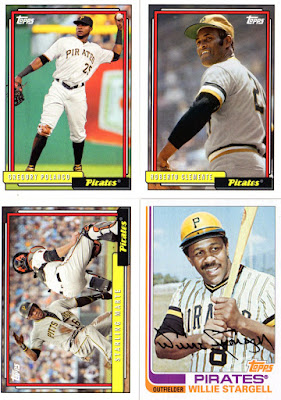 Of course Chris threw in a bunch of extras.  The priority box he sent me was stuffed full of Pirate (and Twins) goodness. 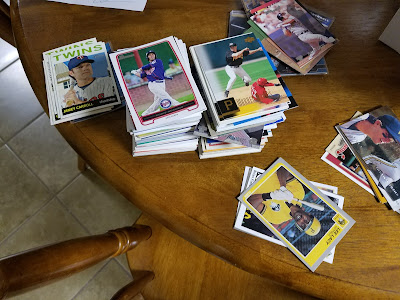 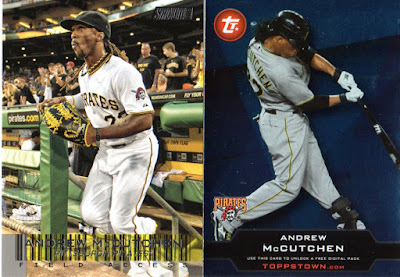 Cutch is playing like a superstar again.  All is right in the world. 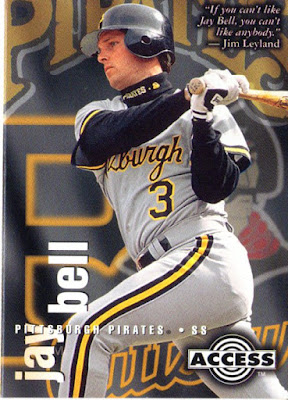 This Bell is actually a fold out booklet. 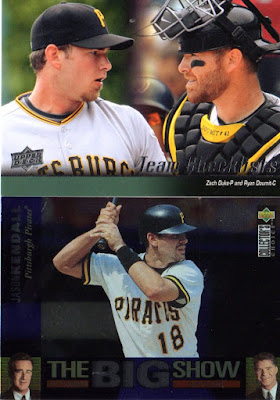 I love the UD checklist card. The Kendall is a nice reminder of how fun Sportscenter use to be. I think the only thing I watch on ESPN anymore is actual games. The programming minus the great 30 for 30 documentaries are just hot take specials. Jay Bell needs some modern cards.  Come on Archives, put him in the Fan Favorites set....just as a Bucco, not a Dback. 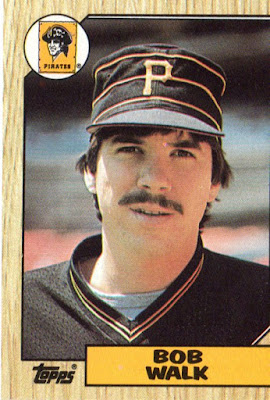 Have to end with this card!

Thanks for all the cards Chris. Really appreciate you holding the breaks. I know hosting those are a lot of work.

Thanks for reading.
Posted by BobWalkthePlank at 1:07 PM