I've harped on this several times since I started BWTP, but I figured I would throw out some more visual proof that Jason Kendall has some of the greatest cards. It is rare for a modern player to have so many cool shots in era focused more on the auto/relic.

The cards featured came as part of my runner up contest winnings from Collecting Cutch. 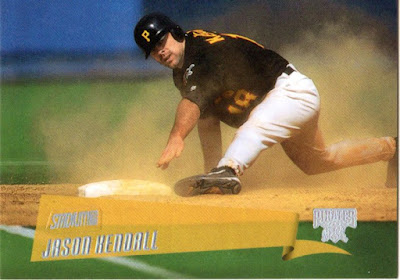 Kendall was not afraid to get dirty as you will soon find out. 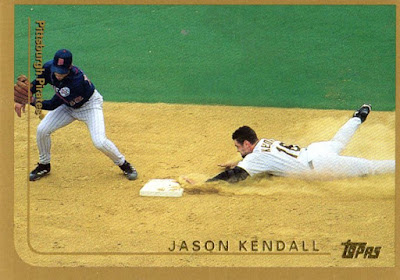 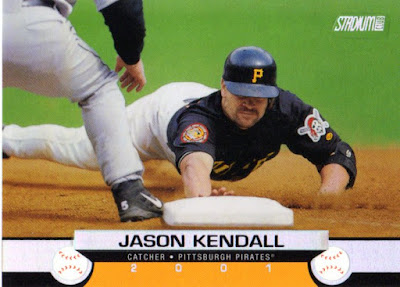 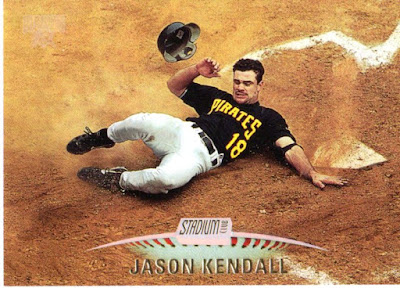 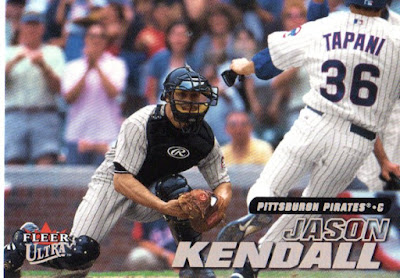 Cool Wrigley Field Shot made even cooler that a pitcher is about to have a play at the plate. 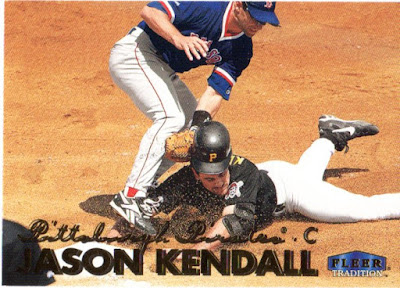 Some of the 90's and early 2000's Fleer sets were underrated. Quality interleague shot here. 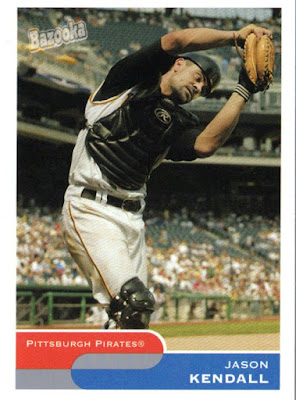 This would be tough to prove, but I feel Kendall has more shots of a catcher camping under or catching a flyball in cardboard history. 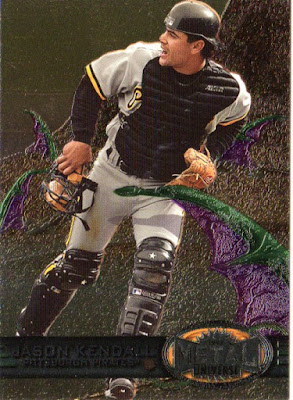 When you have a cool card and like to take acid this is what you get. 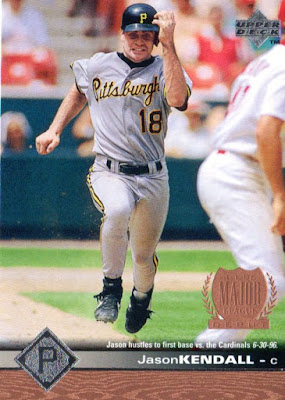 This card always reminded me of Jake Taylor running out the called shot bunt at the end of Major League. 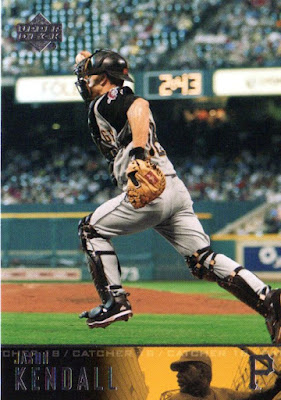 This looks to be the beginning of a PICKLE 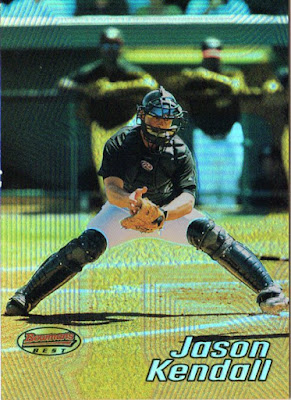 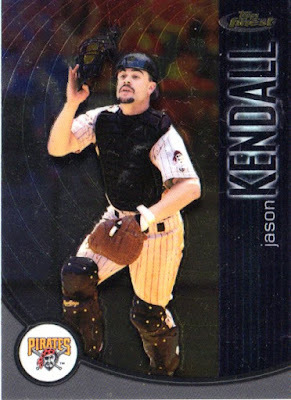 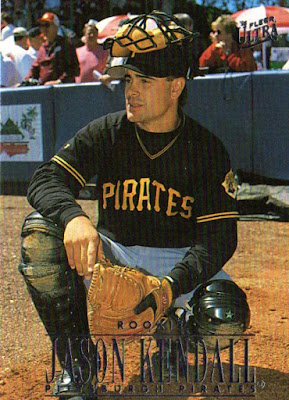 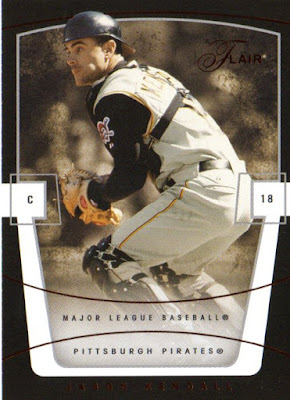 Side note story.  I took my daughter to her first baseball last year.  When she noticed the catching squatting she said at the top of her lungs that he was pooping.  Our entire section got a kick out of that. 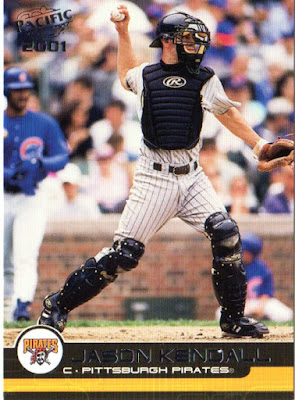 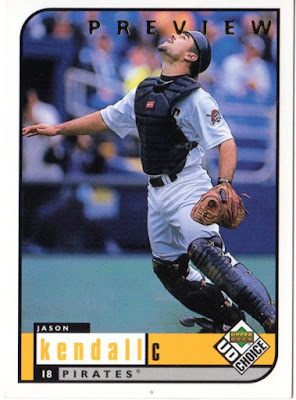 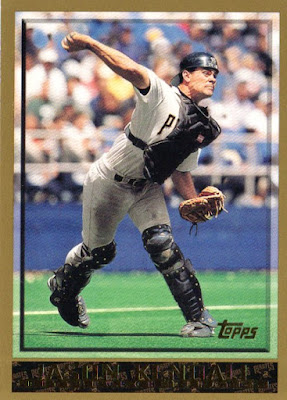 Looks to be a close play at first. 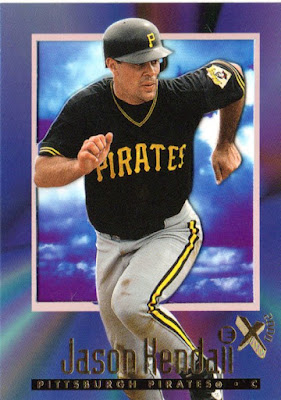 Kendall looks to be running towards the Pearly Gates 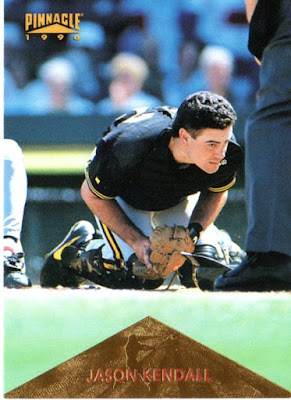 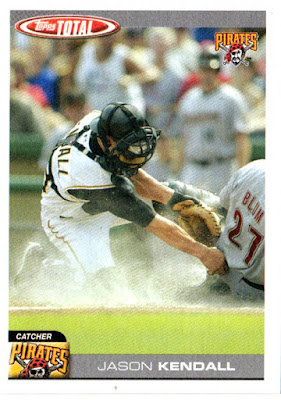 I think Geoff Blum is out. 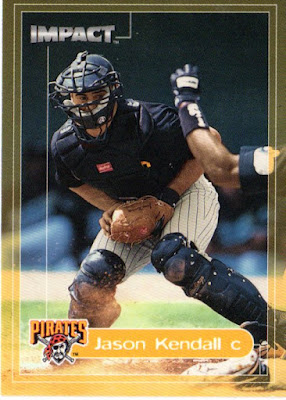 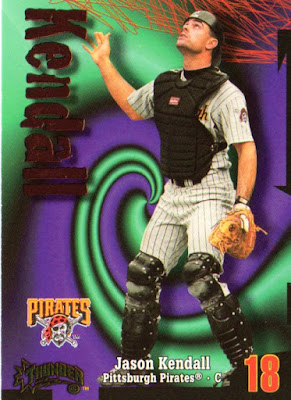 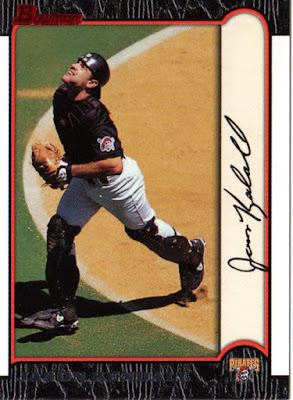 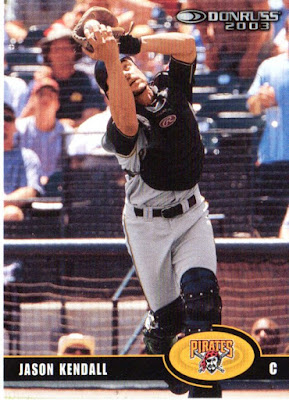 More camping under and catching. 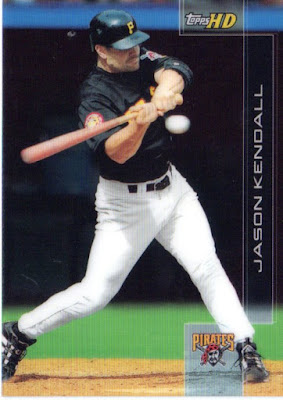 Point of impact from a long forgotten Topps set. 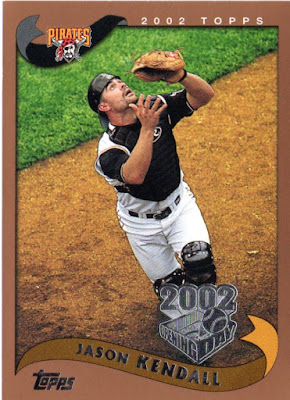 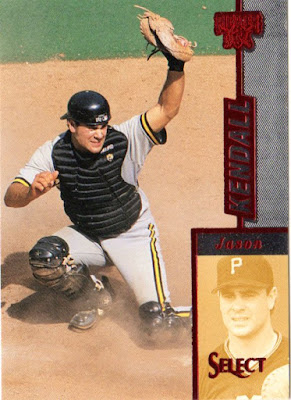 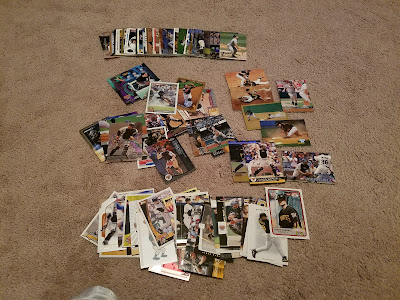 Here is a picture of all the cards Brian from Collecting Cutch sent.

I still have plenty more from Brian to showoff, but this ends the Jason Kendall portion of the winnings.

Thanks for reading.  Now go find all your cool Kendall cards.
Posted by BobWalkthePlank at 10:04 PM