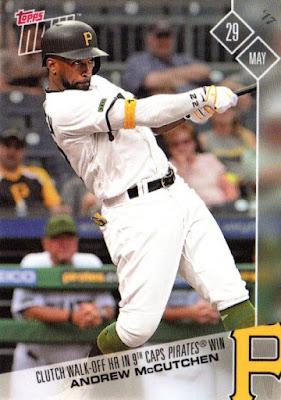 This is a nondescript card celebrating a walkoff win by the Buccos back at the end of May.  Not a whole lot to talk about in terms of the card.  Topps NOW loves their walkoffs.  I do like the cameo of Clint Hurdle in the background.

What is worth talking about is the major resurgence from Cutch! It was so depressing watching him struggle for the better part of last year and going into April this year.  While the Pirates have been treading water much of the season, it has been a joy having Cutch remind baseball that he isn't quite dead yet. 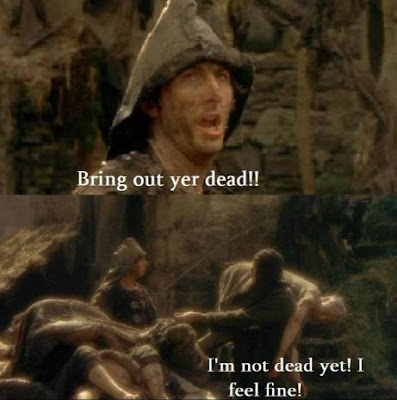 Obviously the negative side of things is that Cutch has made himself a more desirable trade target. While this seems likely to happen I'll still be depressed to see the face of the franchise on another team.  The only thing I hope is that the Pirates don't trade him within the division.  Cutch as a Cub or Cardinal would make me throw up.

Thanks for reading!
Posted by BobWalkthePlank at 6:26 PM