One of the fun aspects of the box breaks with Kevin and Brian is that we can keep a nice blind trade going when we ship the contents.  I was a little disappointed in my shipment to Brian last time as I wasn't able to accumulate Twins cards as easy......Now I feel even worse as Brian hit me up with some big names. 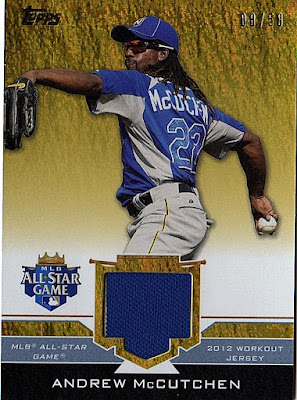 A lot of people don't like All Star relics, but I'm a big fan.  Anything to add a little life to something that has gone a little stale is a plus.  This blue piece of All Star jersey beats out the plain white swatch any day. 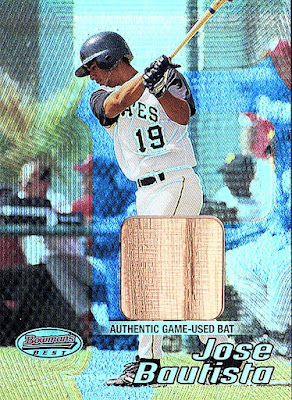 Looks like you could get a splinter from this Bautista bat card.   I've actually been trying to accumulate some more Joey Bats cards from his Pirate days.  During his peak Blue Jays time card prices soared. Couple of down years has things going into the more reasonable price category.  Might be the time to snag a couple autos I've had my eyes on. 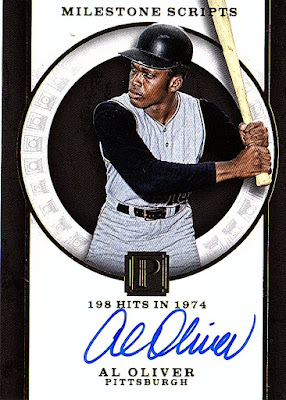 Scoop! Love getting autos of the late 70's Buccos.  So many memorable guys. 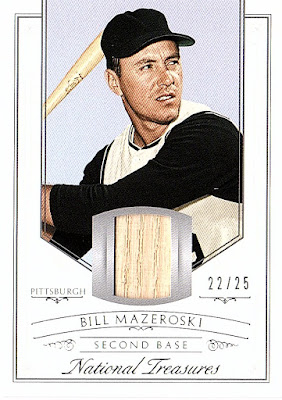 Maz cards are not coming out quite at the pace they were a few years back. National Treasures remains one of my favorite non licensed sets of all time. 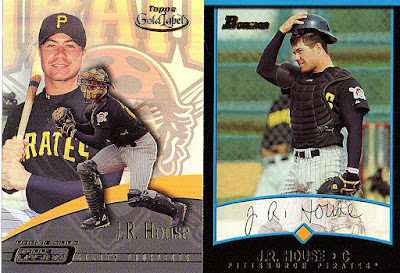 JR House is interesting because he hits both of my main collections (Pirates and WVU). He is from WV and owns just about every high school quarterback record you can think of.  Instead of trying college he opted for the baseball draft and got selected in the 5th round by the Pirates.

After toiling in the minors he decided to enroll at WVU to become their backup QB in 2005.  After the season he went back into professional baseball.  After it was all said and done he only got a cup of coffee in the MLB with the Orioles and Astros. 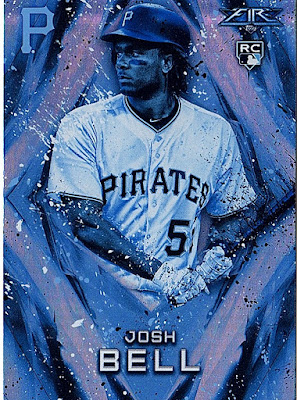 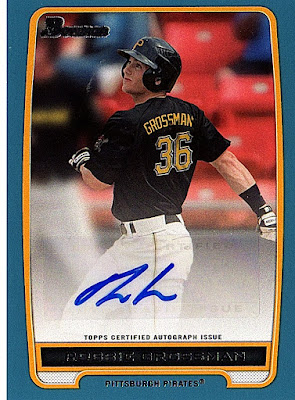 This is kind of a Twins card Brian, what are you doing? Grossman was once considered a high end outfield prospect for the Pirates, but ended up being dealt to Houston for Wandy Rodriguez.  He played a decent amount for some really bad Astros teams, but was eventually released once the Astros system got stocked with high end MLB ready outfielders. He eventually signed with the Twins where he serves as a utility outfielder. 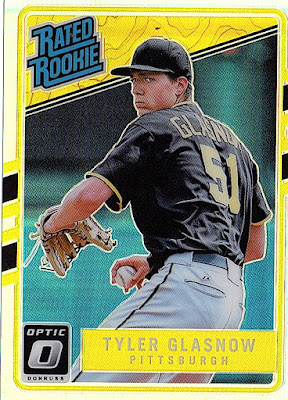 Another guy who I've been buying like crazy.  Man, I hope he pans out.  The Pirates really need him to be good. 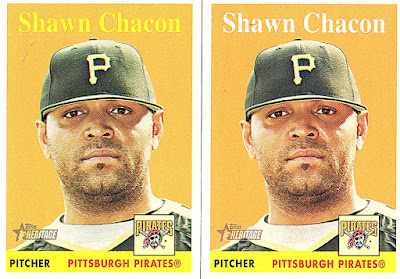 A variation I could actually spot! Yellow Letters. 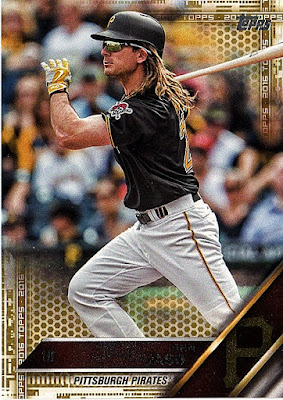 John Jaso looks like an actual Pirate so I appreciate any cards of him I can get. 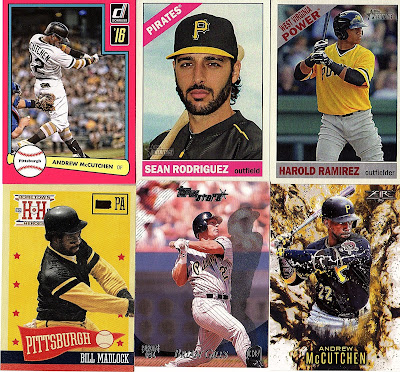 You don't see a ton of Topps Stars cards being traded around. It was kind of obscure when it was released. 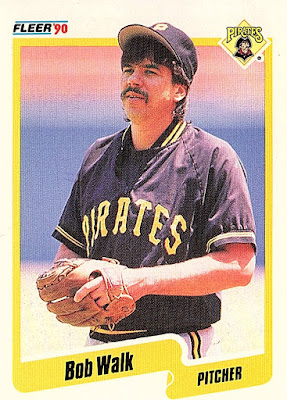 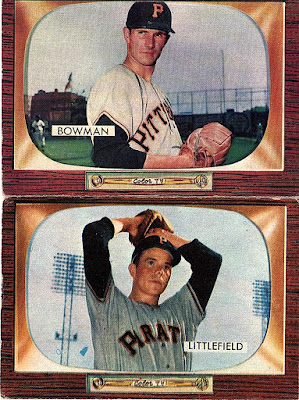 I think every 55 Bowman card I have in my possession has came from blog trades.  That is pretty cool.

Thanks for the great trade Brian.  I'm going to hit you back with more authority next time!

Thanks for reading!
Posted by BobWalkthePlank at 7:22 PM