Julie Sends the Old and the New

I actually had this post ready yesterday, but my brother and I opened a few too many heavy stouts while watching the WVU game.  Friends don't let friends blog while inebriated. Glad WVU pulled out the win!

Julie is a frequent trade partner who always seems to find something unique for me.  The first thing I saw when opening the envelope had me super pumped. 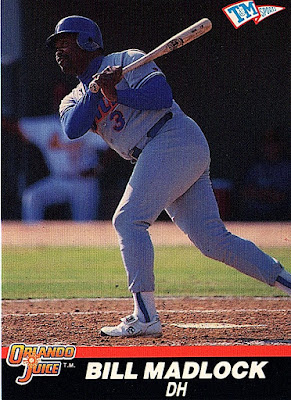 The Senior Professional League! I've seen these several times over the years on the blogs and always wanted some for myself.  Thanks to Julie she hit me up with a ton of former Buccos.  A lot of the late 70's Pirates played in this league.

Part of me loves this idea, but its not hard to see why the league folded after just 2 seasons. The novelty of seeing some of your old favorites wears off after a few games.  At least it was immortalized through cardboard! 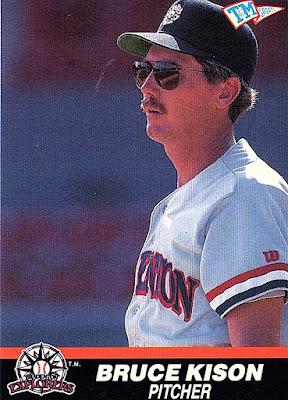 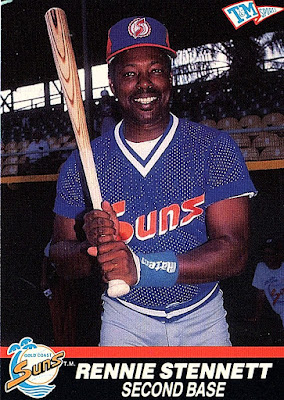 Rennie Stennett still looks like he could play today. 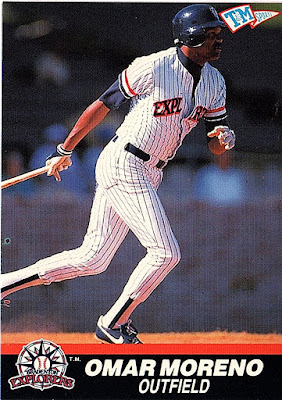 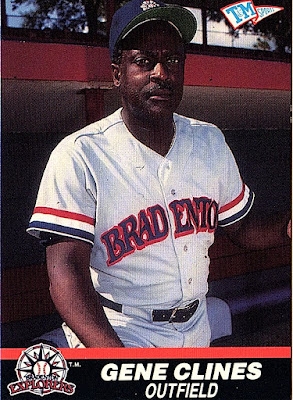 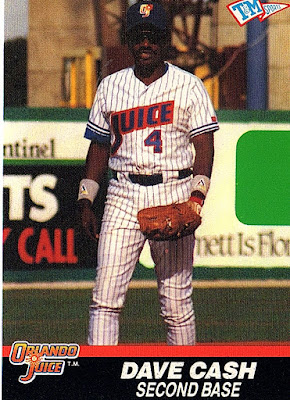 I kind of want an Orlando Juice uniform! 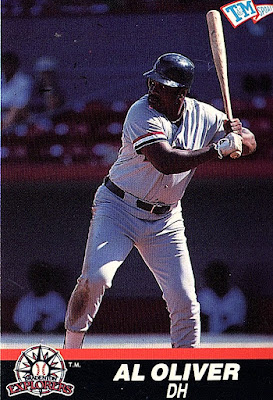 I bet Oliver could still hit the hell out of the ball. 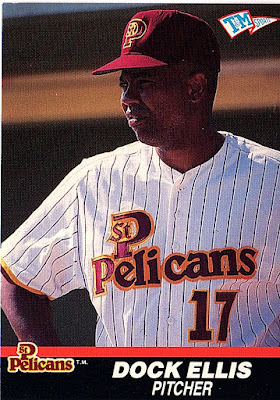 My favorite of the bunch! 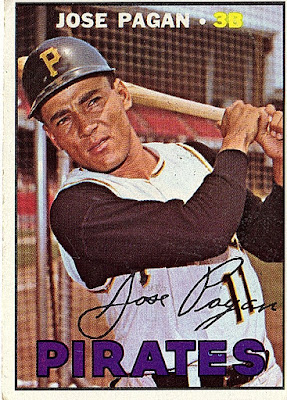 Pagan is probably best know for knocking in Stargell in game 7 of the 71 World Series that proved to be the series winning run. 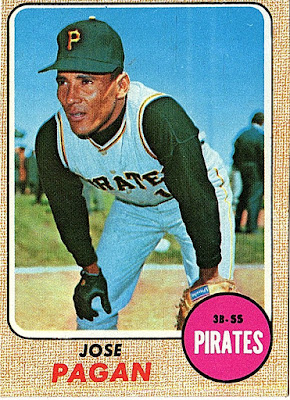 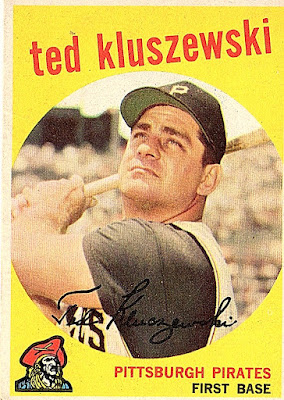 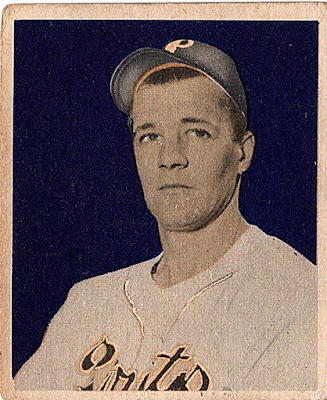 How about a 49 Bowman of Bob Chesnes!

Julie also decided to drop the Heritage Pirates on me which is greatly appreciated. I liked this years set, but it seems like the Pirate checklists are going to be really small in the Topps releases this year. Doesn't really warrant going to pick up a box. 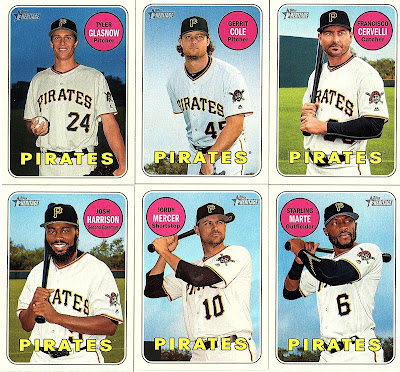 Nice to see a Cervelli card.  Hopefully he can stay healthy this year. 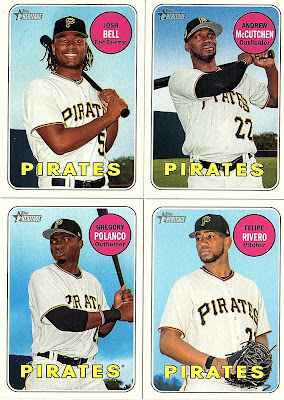 Pumped to see a few more Felipe Rivero cards.  Flies under the radar, but he quickly turned into one of the more dominating relievers out there.  Looks like the Pirates made out like bandits in the Mark Melancon trade. 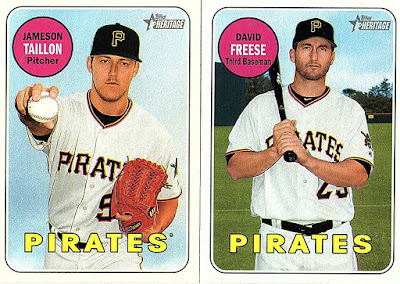 Also included is two SP's! David Freese doesn't have a ton of Pirate cards out there so this is a nice get. Thanks Julie!

As usual you hit a homerun Julie.  Thanks for thinking of me. I'll continue to scope out some unique cards for your collection.

Thanks for reading!
Posted by BobWalkthePlank at 4:59 PM

Email ThisBlogThis!Share to TwitterShare to FacebookShare to Pinterest
Labels: a cracked bat, trade 2018