The Greatest Pull in the History of Mankind

It's always exciting to open a pack and pull cards that fit perfectly in your collection.  I must have got drunk one evening and ordered these on eBay.... 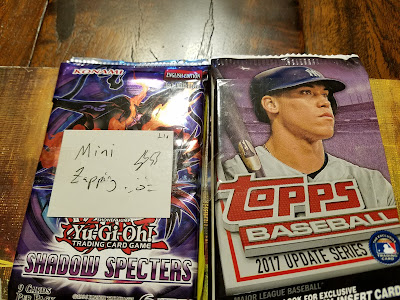 They look tampered with, but we will see what happens.  Looks like some guy named Zippy left a calling card. 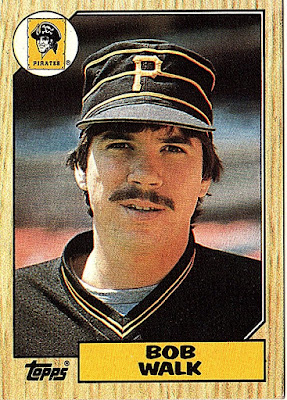 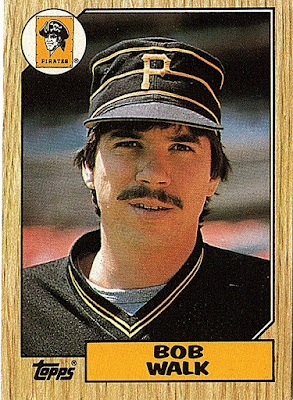 Whoa.....The factory really messed this pack up.  Bank error in my favor. 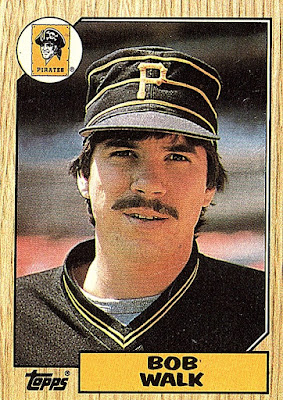 Have you ever pulled three Trout autos out of a pack.  This is basically that. 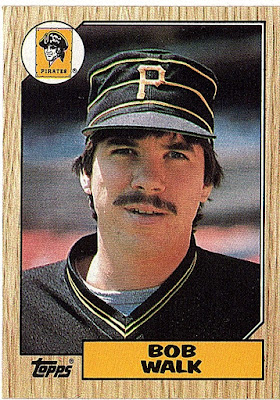 Ok, enough kidding around.  I was the recipient of a legendary Zapping from long time trading partner Kenny. If all repacks could be this fun.  One of the main calling cards of a good Zapping is plenty of prospect cards. 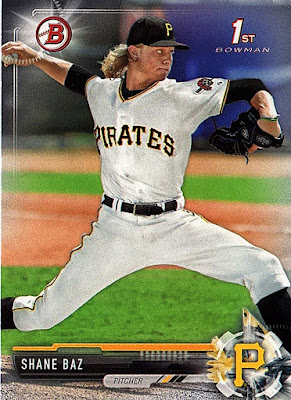 The Pirates first round pick from 2017 has impressed early in his career. 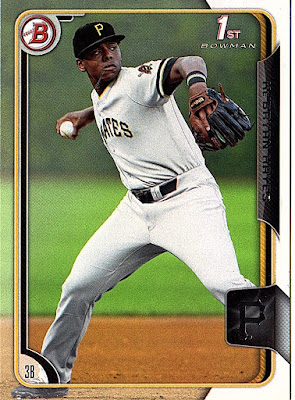 I just posted about Hayes.  I've been in buy mode with him as his cards seem very cheap for his prospect stats. 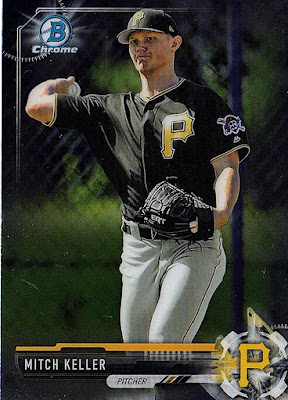 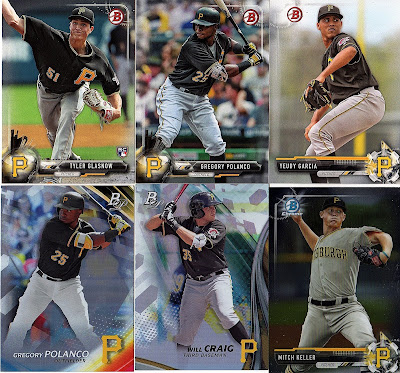 I love Bowman Platinum.  Solid base cards that remind me of Finest.

Fingers crossed that Glasnow doesn't suck this year.  It has been a rough go for him at the MLB level.  Extremely tall pitchers just take a long time to find their groove.  Tyler has dominated all levels of the minors but it just hasn't translated to the big league level. 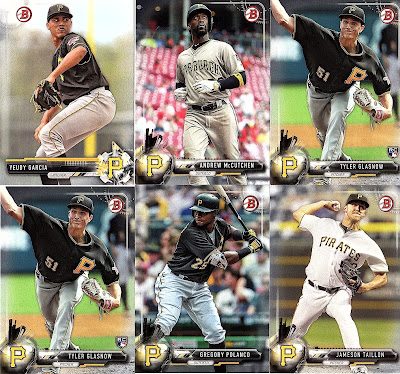 Cutch pondering if he is going to get traded.  The answer is yes, Cutch. 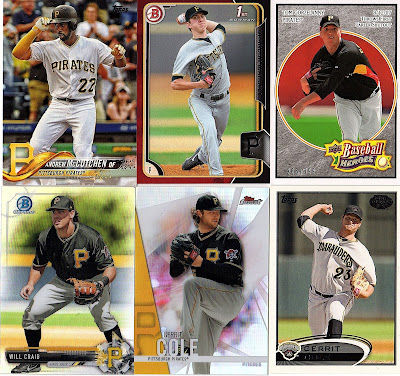 I'm a frequent purchaser of Pro Debut cards because they were the first set to feature the Black Bears. Fingers crossed that Heritage Minors will make one soon.  Pour one out for Cole, too. 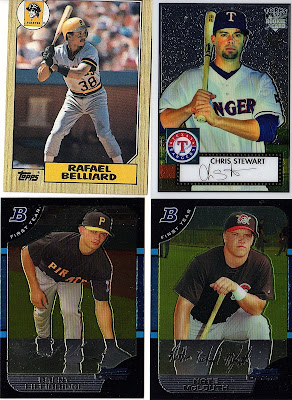 Some fun names in Pirate history right here.  Lillibridge was one of the key names that netted Adam LaRoche for the Buccos.  Mclouth got traded to make way for Cutch.  Stewart continued the long stretch of the Yankees providing catching depth to the Pirates.  Can't wait for future Buccos Gary Sanchez and Luis Torrens...! Zippy has started playing around with hockey! Here are a bunch of current Pens.  Pittsburgh has been spoiled during the Crosby era.  My favorite of the bunch is international sex symbol Phil Kessel. 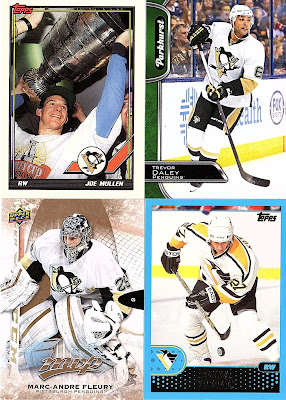 I love goalie cards.  Doug from Sportscards From The Dollar Store has a mask collection which is really cool. 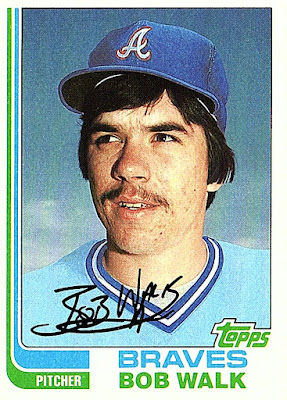 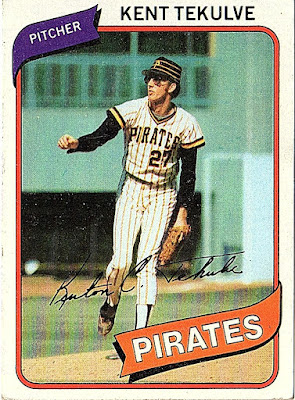 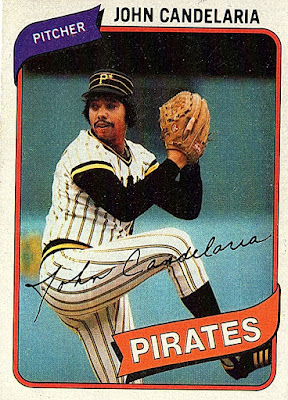 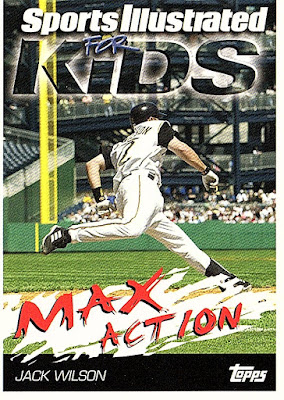 Last but not least is a Jack Wilson card I don't think I had.  What a way to round out some awesome additions.  Thanks Kenny!

Thanks for reading!
Posted by BobWalkthePlank at 6:43 PM

Email ThisBlogThis!Share to TwitterShare to FacebookShare to Pinterest
Labels: cervin' up cards, trade 2018