This is music to my collecting ears...."Hey can I have your address, I have some cards for you."  Such was the case when Nick Vossbrink shot me a message on Twitter.  Give his blog and Twitter account a follow.

Nick was involved in a couple of breaks where the randomizer gave him the Buccos.  Big virtual high five for thinking of me.  Maybe looking at my Pirate gibberish brainwashed you.  Either way these were awesome to sort through. 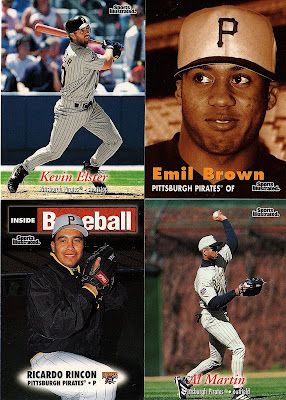 For obvious reasons the Sport Illustrated cards have a Fleer look.  Depending on your feelings of Fleer releases in the late 90's to mid 2000's probably shapes your view of the set.  I've believe SI cards started out as inserts and then moved to stand alone sets later on.

I like variety so I'm a fan.  They had retired players, interesting photos, cool autos and Ricardo Rincon! 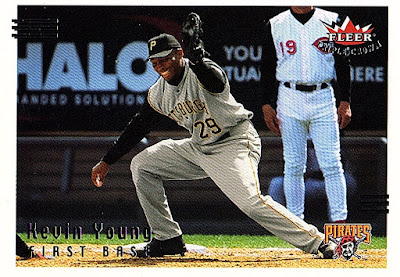 It looks like someone told Kevin a joke right as he caught this ball.  Maybe the first base coach was just finishing the "Aristocrats" joke.

Future Stars cards of the Pirates were just soooo sad for such a long stretch.  With that being said I love collecting them.  Makes for a good talking point. 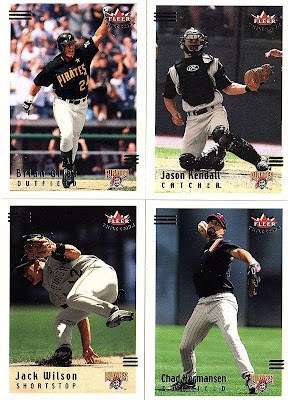 This was my favorite bunch of the group.  Giles walking off, Jack doing Jumping Jack Flash stuff, cardboard legend Jason Kendall and Hermansen showing off the cannon.

PACIFIC! A while back I wrote and ode to Pacific. It's quirky and I love it. 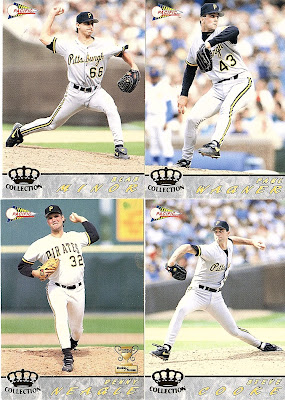 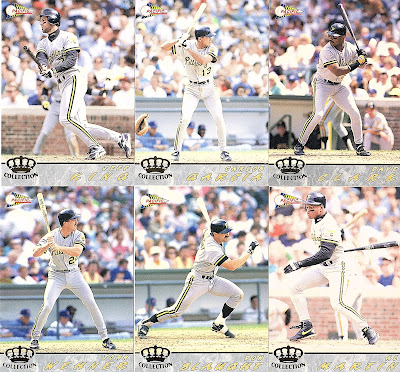 Obviously this is tame Pacific and before all the designers got addicted to cocaine and acid. 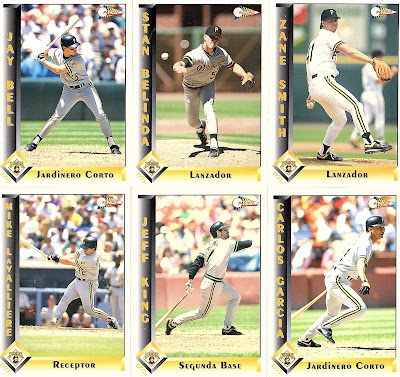 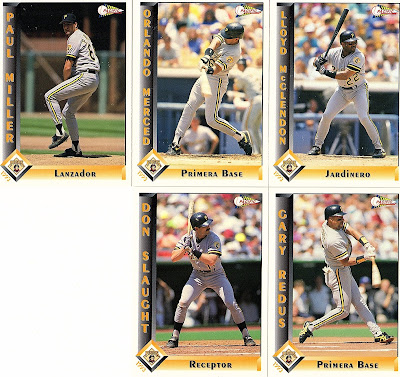 Good way to learn Spanish! From now on pitchers can only be called lanzadors 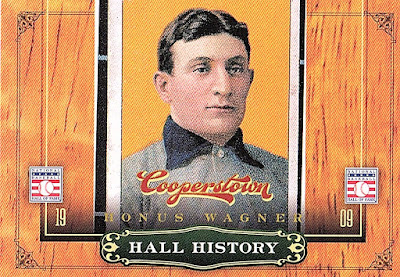 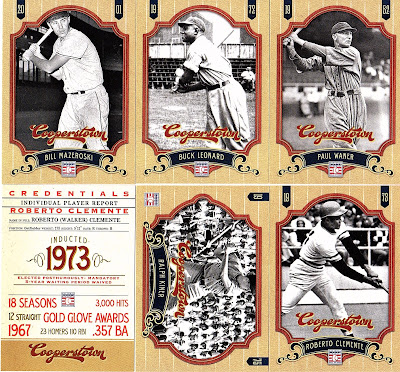 The legend oriented sets from Panini always seem like their best effort.  Checklist wise this is where they blow Topps out of the water.  Always lots of prewar players who don't get near as much hobby love. 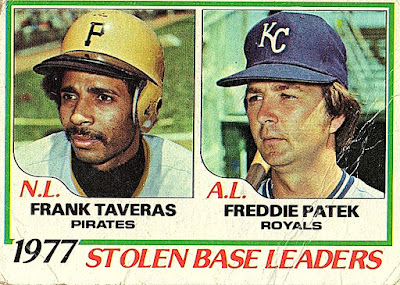 I often times fall into rabbit hole of looking a player up on baseball reference or some similar site and sure enough I waste 30 minutes to an hour.  When looking up Taveras you get a nice glimpse of how the game has changed and rosters are constructed.

He played in the majors for 11 years, 6 of which he received close to regular playing time.  In those 11 years he accumulated about 2 WAR.  Yikes!

Richie Hebner still has one of the greatest nicknames of all time....GRAVEDIGGER! 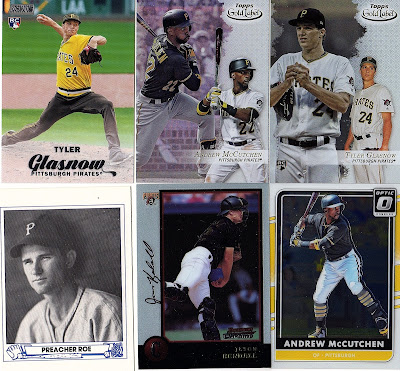 Stadium Club is always awesome, so I really dig the Glasnow rookie.  It took me a while to get some of the Gold Label cards, but my last handful of trades has netted me most of the team set.

Thanks for all the cards Nick.  You are a 10 WAR trader.  So much better than Frank Taveras :)

Thanks for reading!
Posted by BobWalkthePlank at 7:25 PM