The Allure of Pacific Plus More JBF Loot

Like most suitcase sized packages I get from Wes, a portion will likely contain cards. The most recent priority mail box contained two large boxes of cards. So many cards that I've had to break it up in two posts. I probably should just have a companion blog based on items JBF sent my way.  Today on "Bob Walk to my Mail Box and See What JBF Sent Today." I'm still working on the name.... 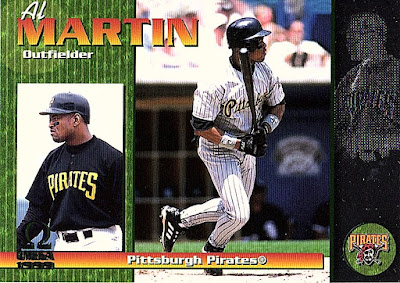 I've been asked the question a few times on why I enjoy Pacific so much.  Part of the answer is timing. Pacific's heyday was the late 90's/early 2000's.  Being that this was my junior high/high school years I didn't have much disposable income.  Pricing was important and often times Pacific offered more bang for your buck.

Pacific also offered a lot of variety.  Lots of offshoot Pacific sets exist to varying degrees of craziness. I always joke that some of the design meetings were cocaine filled parties which produced crazy insert cards.  You name the insert gimmick and Pacific surely did it.  The funny thing is these cards are highly desirable now to player collectors.

So I'm guessing the collectors that wax poetic about Pacific are likely in my same age group.

I sporadically showcase Pacific cards throughout this post.  Did I do this to keep you reading or am I just lazy in terms of how I scanned the cards.   I'll never tell..... 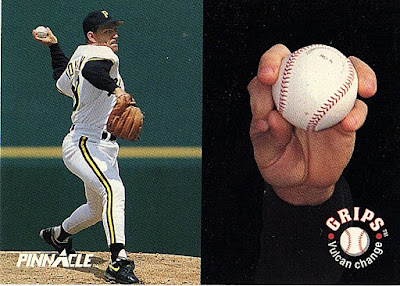 If I had a dominating change up I would definitely call it a Vulcan Change. 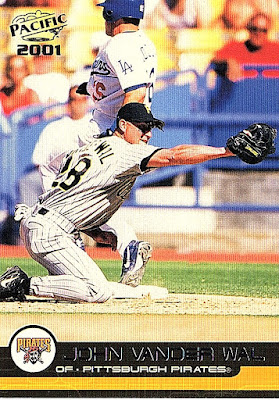 Even standard Pacific had some cool shots. 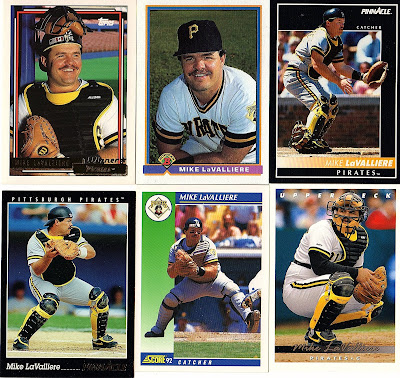 Profiles in athleticism.  I'm going to donate these six cards for an art exhibit. 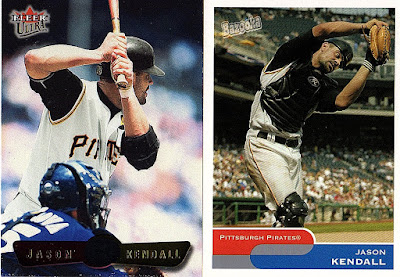 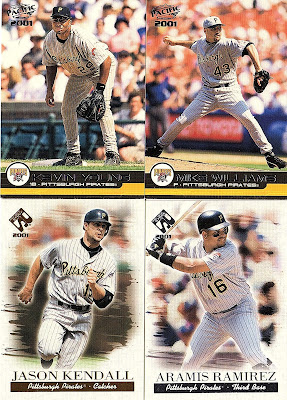 You can obviously see some of the cocaine coming through even in the splinter cell base sets. 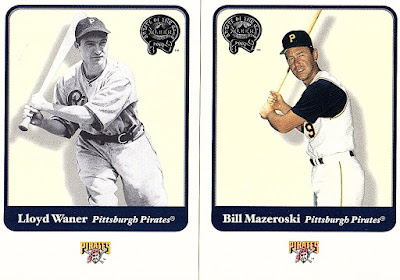 I think we can all agree these are awesome. 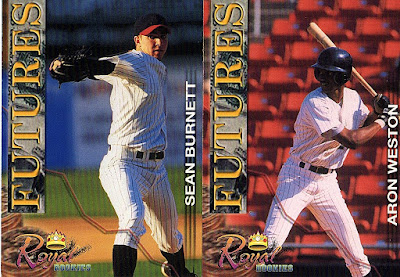 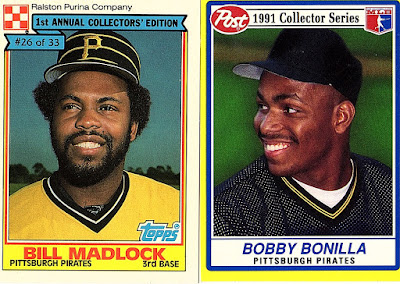 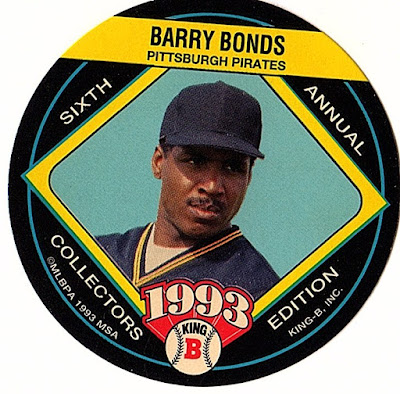 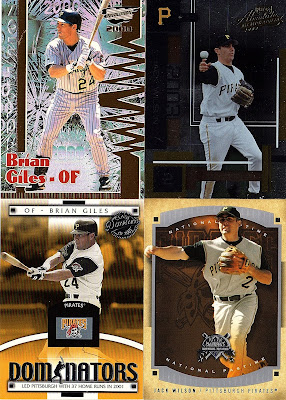 I don't think I owned this Drabek.  What a fantastic card. 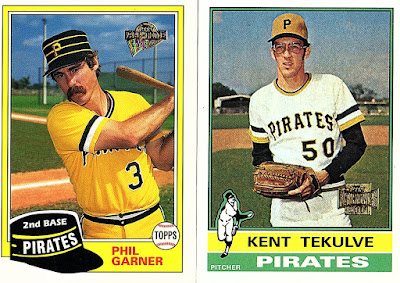 The Garner Pirate uniform just pops right off the card. 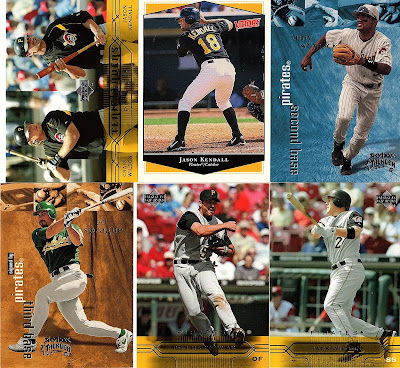 I loved Craig Wilson as a player, but if he shows up on your team leaders card things might not be looking great in the wins/losses department. 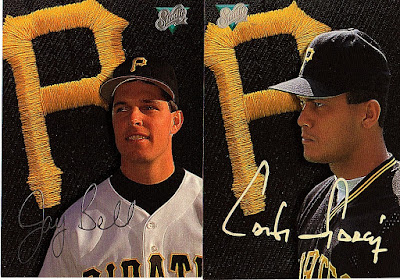 It doesn't look like Carlos Garcia enjoys staring at a gigantic Pirates logo. 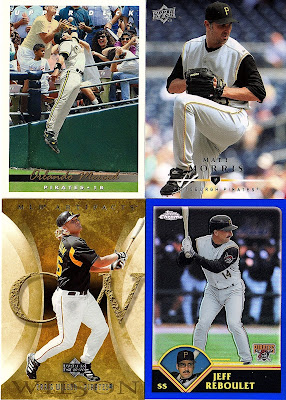 The Merced is just a fantastic photo.

Matt Morris was a short stay Bucco who was absolutely horrendous during that time.  Needless to say he doesn't have much in the way of cards as a Bucco. 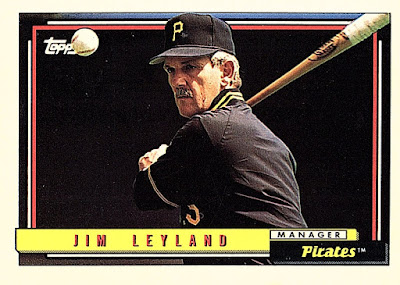 Manager cards are awesome! Leyland has some great ones out there. Love the taped bat.

As usual Wes I'm amazed that you can find so many Pirate cards on such a frequent basis.  The bombardment so far has been fun.

Thanks for reading.
Posted by BobWalkthePlank at 7:39 PM