Noted Cubs fan P-town Tom recently hooked me up with cards and beer! So far I've only gotten through one of the beers so that review can come at a later date.  As usual the card portion was fantastic.  Tom always finds unique cards for my collection. 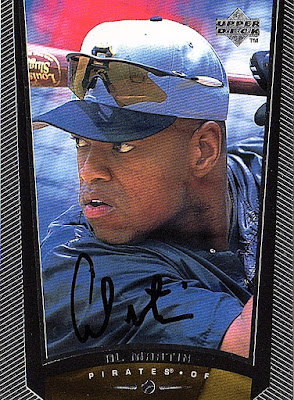 A couple of weeks back I featured both Al Martin and Mike Spanky Lavalliere on a post and ever since it feels like they have been hitting my mailbox on a steady basis.  That is awesome.  For the sake of Science let's see if I have magical powers.  Future posts are planned on Clemente rookies and Honus Wagner cards.  Now the waiting game.....

Tom has sent me quite a few unique TTM/IP autos over the years. This is a great card to have signed. Al Martin has some cool cards out there. 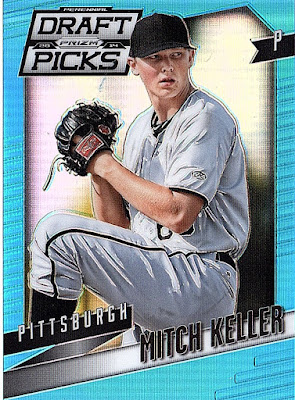 Over the past year I've been trying to add a many Keller cards as possible knowing that he was likely going to skyrocket the top prospect lists once he hit AA.  Sure enough most publications list him as the Pirates #1 prospect and a top 20 overall. 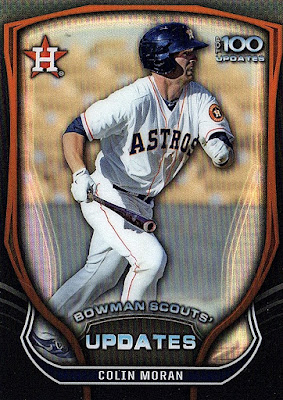 Tom is keeping up with his current events!  Moran was part of the Cole deal and will likely be the starting third baseman for the Buccos.  He has kind of an interesting career arch already.  He was the 6th overall pick by the Marlins in 2013, but really struggled.  He eventually got traded to the Astros and seemed to regain his form last year, with the big caveat that he played in the hitter friendly Pacific Coast League.  He will be given every chance to succeed in Pittsburgh. 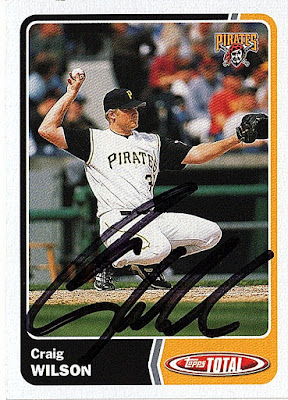 A rare shot of someone warming up the pitcher in between innings! 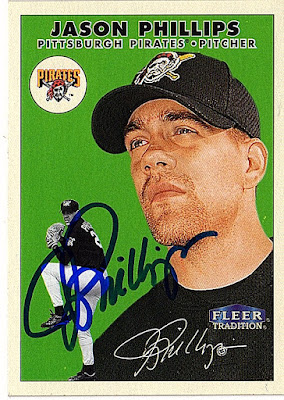 I actually didn't remember Phillips.  He appeared in 6 games for the Buccos in 1999.  I'm mad at myself as I'm usually pretty good remembering guys from that time period. 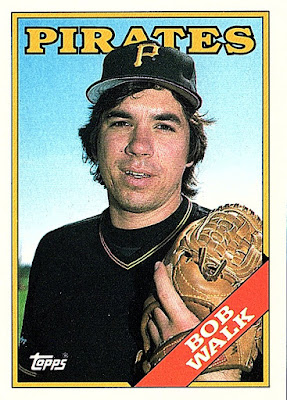 Tom is just showing off now. 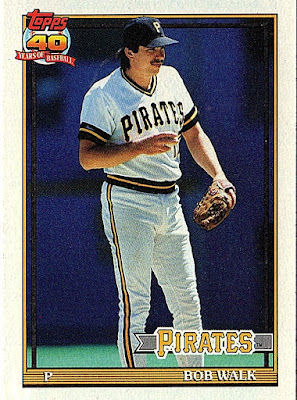 Things are getting crazy. 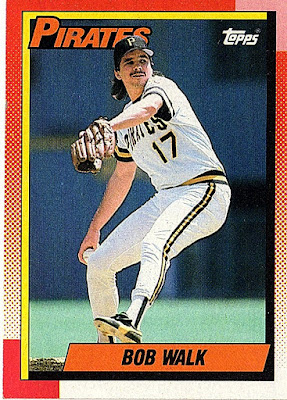 Tom is just hanging on the rim after a monster dunk. 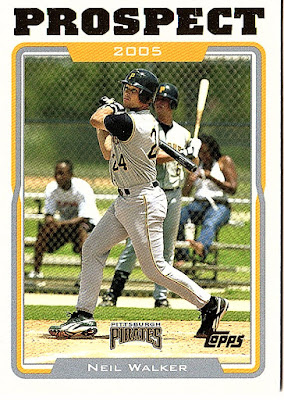 Back when Neil Walker was a catcher! 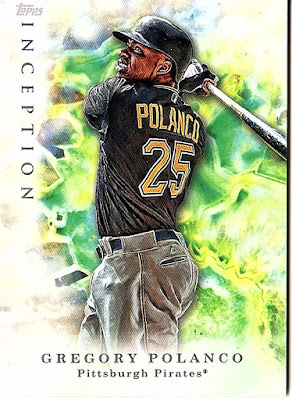 Inception is an underrated base set. 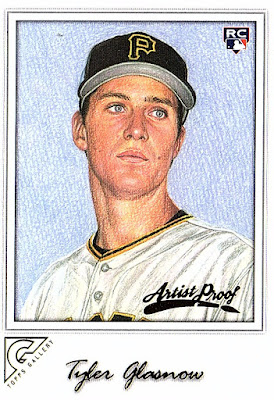 I'm glad I've been getting some Gallery cards via trade.  I didn't open any boxes when they released. Kind of regret it.... 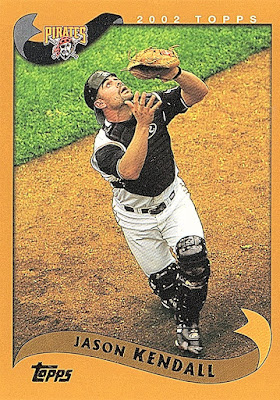 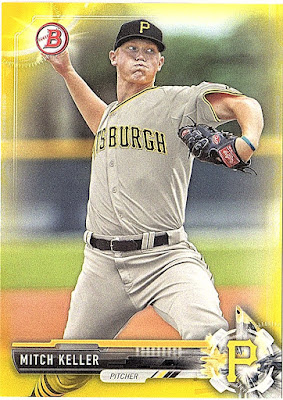 I want all the Keller's!

Keller just got his first Chrome auto in 2017, but his Bowman rookie base card is in 2014. 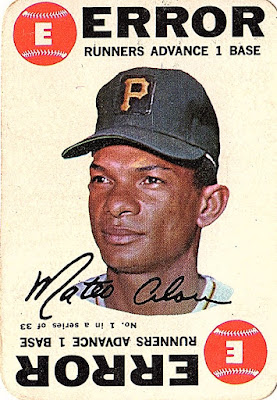 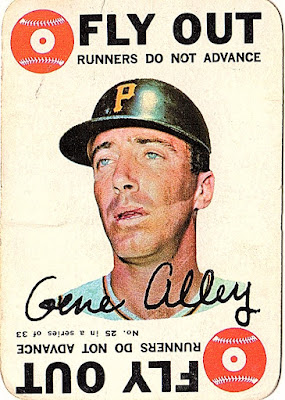 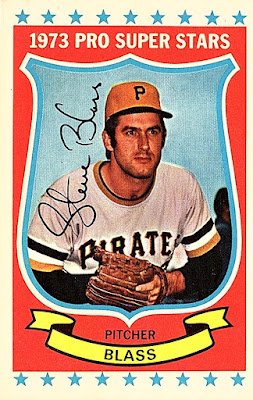 This is awesome! I thought I had this card, but I"m pretty sure this is new to my collection. 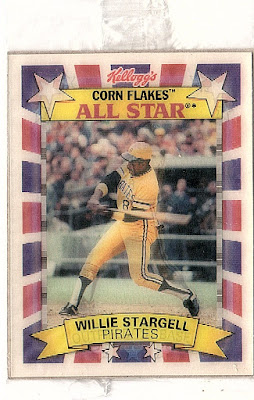 Still in the pack! 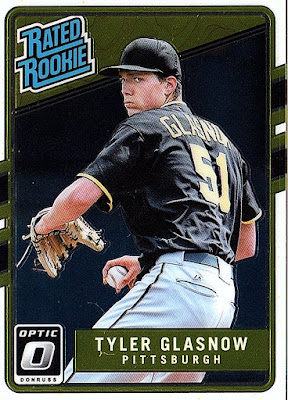 Glasnow was a disaster last year.  I'm guessing he'll be given one more shot to start then it will be a permanent move to the bullpen. 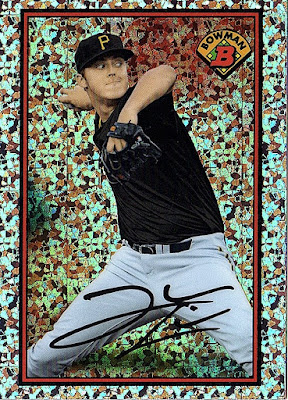 Taillon has battled some serious arm injuries and cancer already in his young career.  The man deserves a break. 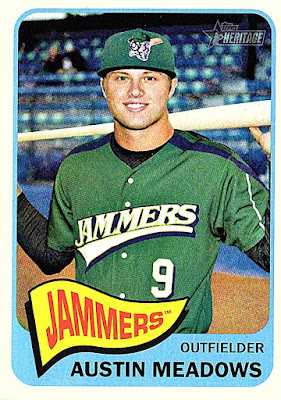 The Jamestown Jammers was the Pirates NYPL affiliate up until 2014.  It was then moved to Morgantown about two miles from my house! 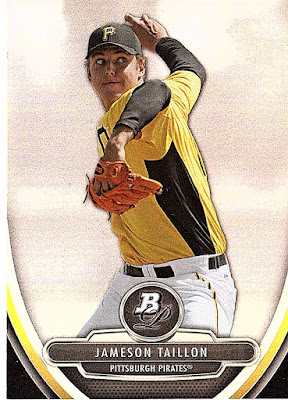 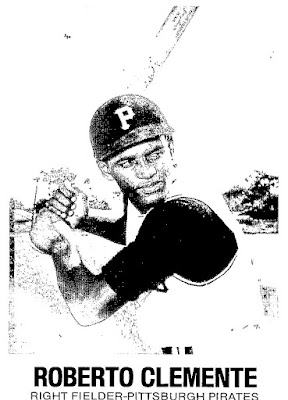 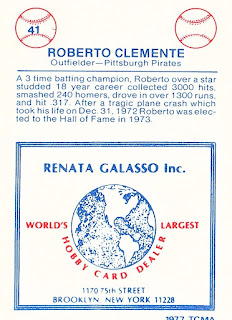 I think it was my Dad that told me he remembers seeing "sets" from Renata Galasso being sold in the JC Penny's catalog. 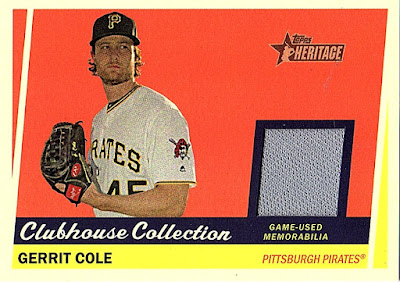 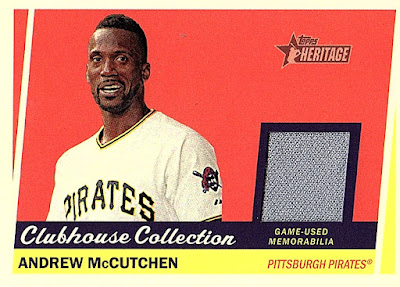 Sigh.....The Pirates fan in me is going to have a hard time not seeing Cutch in uniform. 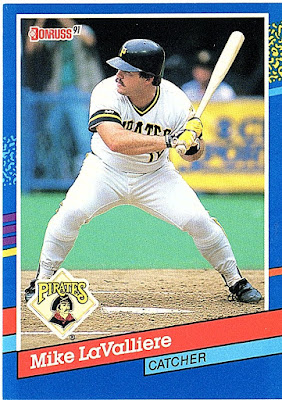 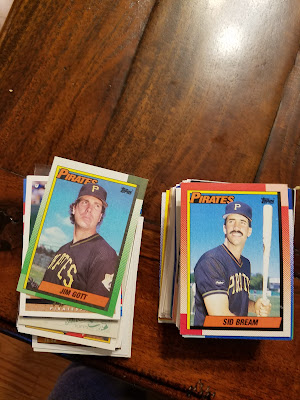 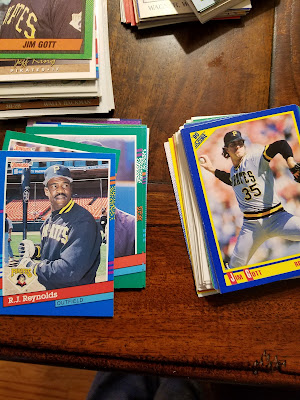 Tom sent a ton of cards.  My photos were only the tip of the iceberg.  You rock Tom.  I just got stocked back up on a few Cub cards so I'll be hitting you back very soon! Also I'll have some beer.  Beer and cards in the mail.  What a world we live in!

Posted by BobWalkthePlank at 7:01 PM

Email ThisBlogThis!Share to TwitterShare to FacebookShare to Pinterest
Labels: trade 2018, waiting 'til next year