What's in the Box Part 2

One constant in my dealings with Wes is that you have to expect the unexpected.  Multiple priority mail boxes is nothing new from the Alabama madman, but the contents were more unique (non card oriented) than usual.  Yesterday I showed off the cards....Now for the randomness. 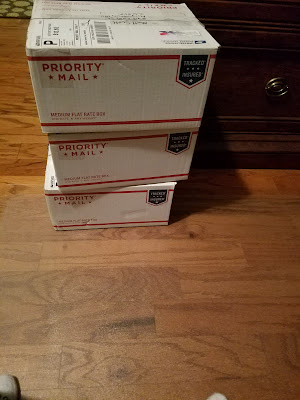 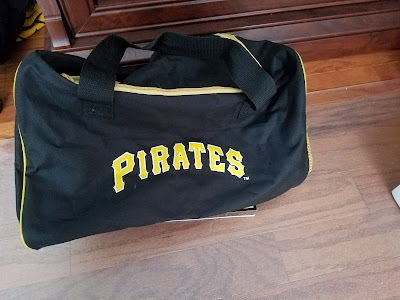 I was actually surprised this bag wasn't full of Gary Redus cards. 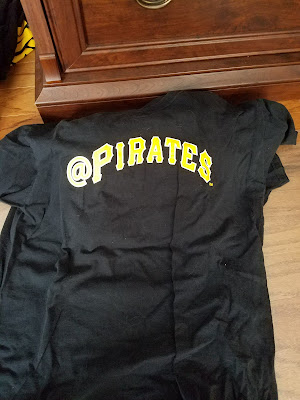 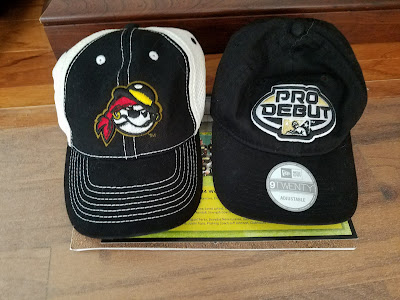 I was excited for the WV Power hat.  They play in Charleston WV which is over 2 hours away from me, so I don't get to see them play very often in person. I'm only a little over an hour away from Pittsburgh. 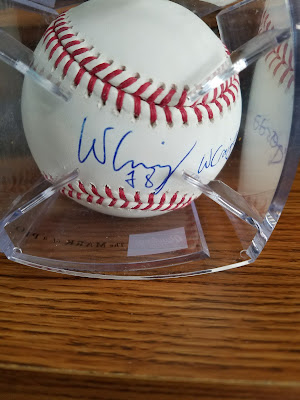 How about an autographed baseball of former first round pick of the Pirates Will Craig. 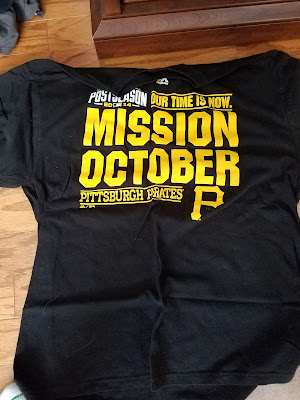 Wes took it upon himself to upgrade my wardrobe. 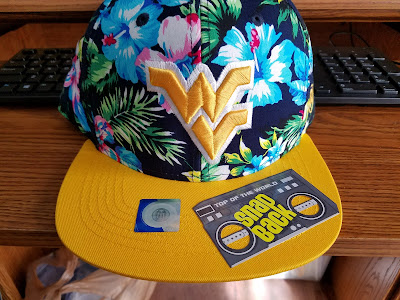 This was by far the most unique item in the package.  I've seen a lot of unique WVU hats in my day, but the tropical version takes the prize.  If WVU decides to a tropical theme for a game I'm ore than ready. 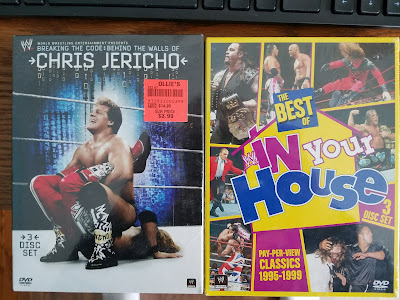 I was a huge wrestling fan during the Attitude era of the WWF.  These will be a fun trip down memory lane. On a side note, Chris Jericho's band Fozzy recently played in Morgantown.  I didn't go, but heard they were really good. 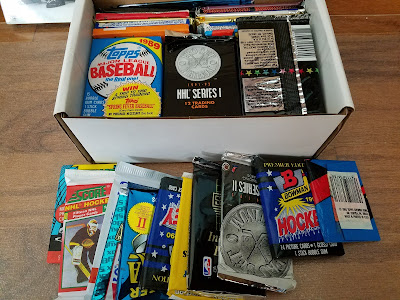 I keep a good bit of random packs by my scanner in case boredom strikes and I need some inspiration. Thanks to Wes I'm stocked back up again. 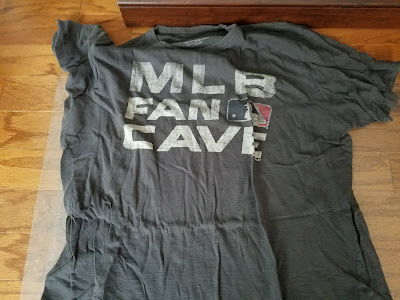 A non Pirates shirt, but still cool nonetheless. I want to go hangout in the Fan Cave in NYC sometime. 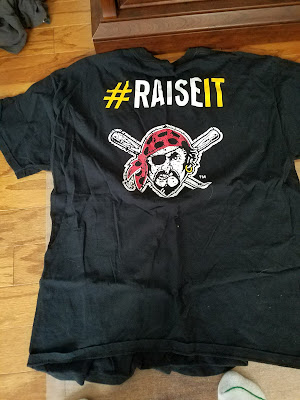 The Pirates use the #raiseit hashtag after each win.  Don't think I've ever seen it on a shirt.  Where did you find this stuff Wes?  I love it. 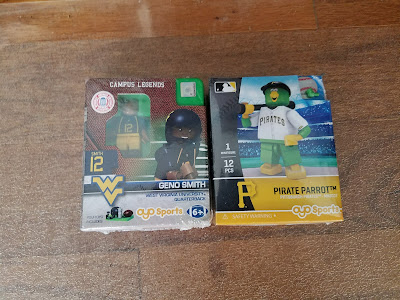 I've sent Wes some Willingham Oyo's in the past.  He returns the favor with WVU Geno Smith and the Pirate Parrot. 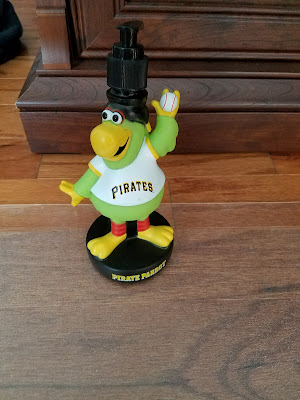 Speaking of the Parrot it looks like I have a new soap dispenser.

Holy smokes was this the most random assortment of items ever. For the life of me I'll never figure out how you are able to accumulate this stuff.  All I know is I got a good laugh from it, and won't have to buy any new Pirate shirts for a while!

Thanks for reading!
PS: The return fire should have landed today.....
Posted by BobWalkthePlank at 2:43 PM