A recent package from Tom (The Angels, in Order) included one of my favorite cards of all time. After a little investigative work I have brought together two long lost relatives based on this card.  I know this based solely on hat choice.. 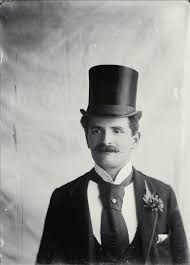 This is some random photo of a dude from England taken in the 1890's. 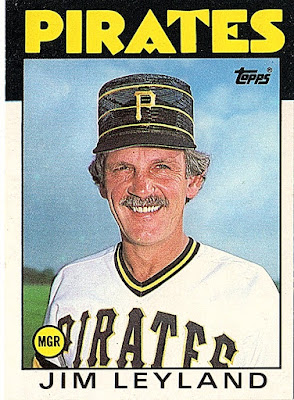 The resemblance is uncanny! Leyland might as well be wearing a top hat.

Enough playing around....Lets get to other great cards Tom sent my way. 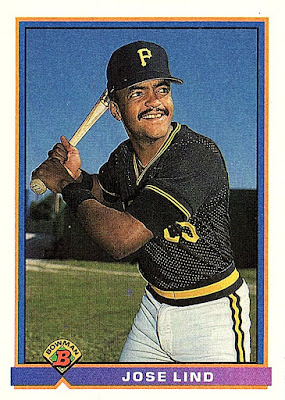 Jose "Chico" Lind has some underrated cards out there.  The other day I featured the studio card of him holding a samurai sword.  While this card is a little more traditional, the funny grin sets it over the top. 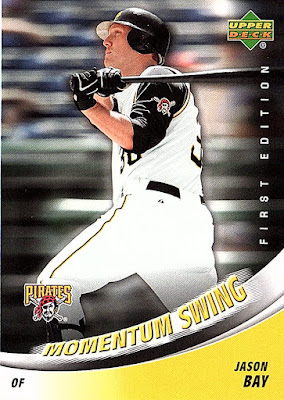 I forgot about Upper Deck "First Edition." I was an active collector as this time and sets still sneak up that I don't remember. 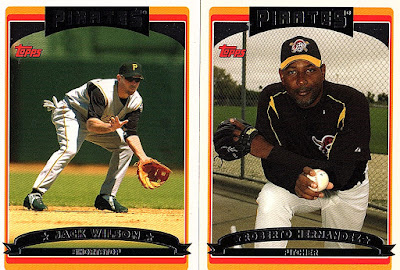 In my mind I'm always creating cards that I think should exist.  I always thought "battery" cards would be cool.  Have a unique pitcher/catcher card.  Maybe even an autograph subset.  Hire me Topps.

Freaking Lastings Milledge.... He came and went pretty fast with the Pirates.  I know he had some success in Japan and parlayed that into a multi year deal over there so he's still active playing high end baseball. 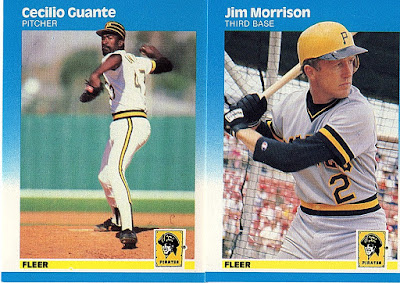 Jim Morrison kind of looks like Cal Ripken upon a quick first glance. 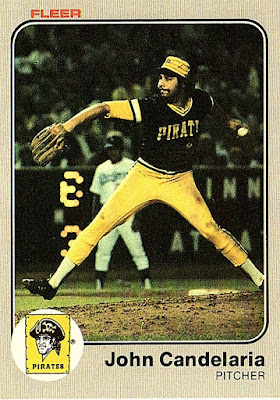 The Pens of my youth.  Bob Errey went into announcing after his playing days and currently works for the Pens local affiliate doing games.

Thanks so much for the cards Tom.  I have plenty of Angels to hit you back with.....That sounds sinister.

Email ThisBlogThis!Share to TwitterShare to FacebookShare to Pinterest
Labels: angels in order, trade 2018