Its always fun when a non blogger stumbles upon BWTP. Some of these people have turned into my favorite trade partners.  One such person is Peter who goes by @Pinstripedcards on Twitter.  According to my blog records Peter and I first swapped cards in 2014.  Now that I'm on Twitter it is even easier to communicate, so I'm guessing the trading will pick up now.

Peter passed word along that this shipment came courtesy of his daughter who is a big time Yankees collector as well.  It was a bubble mailer stuffed full of Pirate goodness.  Let's check out a few of my favorites. 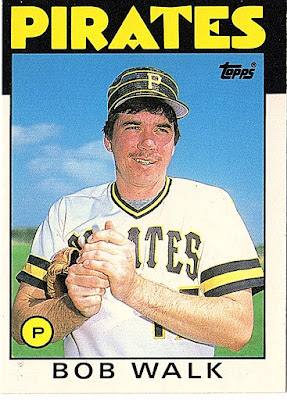 Being that this card is showcased prominently on my homepage I had to show it off first. 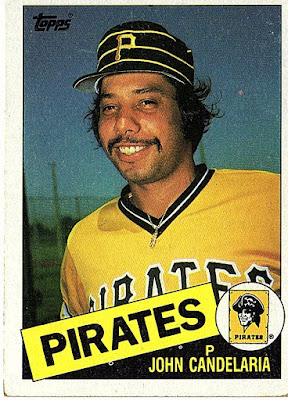 Having Walk and the Candy Man back to back is probably a crime against humanity.  You just can't have so much rugged handsomeness in one place. 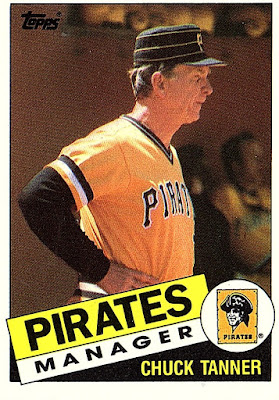 I've proclaimed my love for manager cards about 10 million times over the lifespan of my blog. 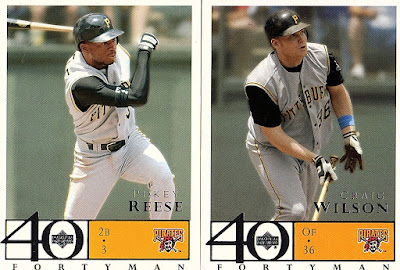 I've been on a nice run the last few weeks getting obscure UD sets in trade.  I feel like some type of 40 man or Topps Total set could come back as a retail exclusive. 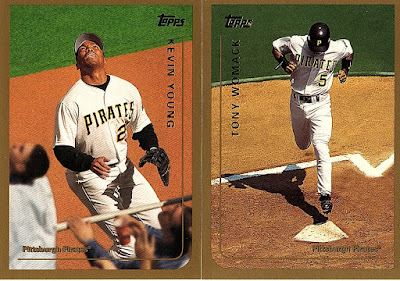 Topps fell in love with gold borders in the late 90's.  All four of these cards feature unique shots. Kind of odd that none of them feature great looks of the players actual faces. 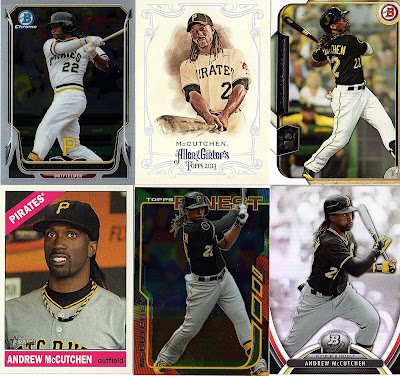 Always nice to receive an assortment of Cutch cards.  His trade hasn't really sunk in yet as I expect it won't hit home until opening day. I'm actually trying to head out to San Francisco in August to watch the Pirates/Giants series.  Obviously I'll get to see Cutch which would is cool, but the extra bonus is that the Giants are retiring Barry Bonds jersey. 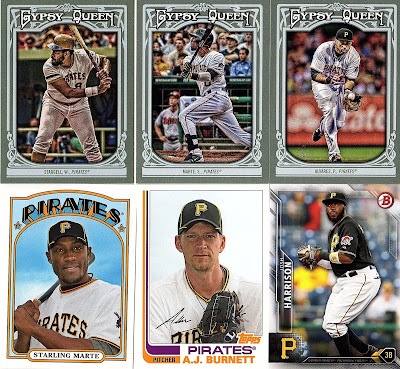 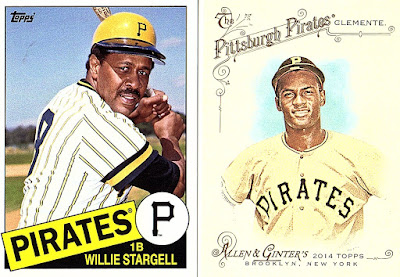 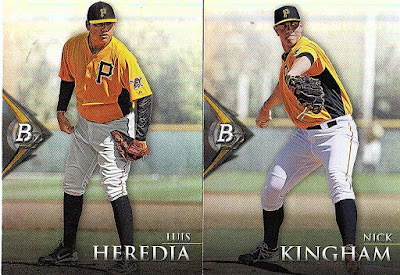 Both Heredia and Kingham are featured in the Pirates Spring Training gold uniforms.  Every year I hope they add this jersey as their alternate for the season, but for whatever reason they never do.

Signing Heredia was a big deal for the Pirates. He was their biggest international signing ever. The fact that he was released in November never making it past AA makes him one of the biggest busts in Pirates history. 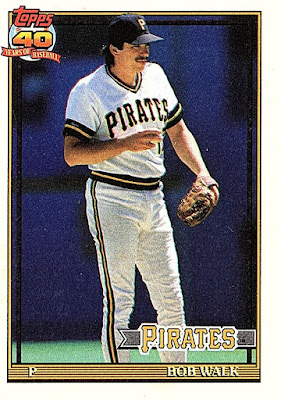 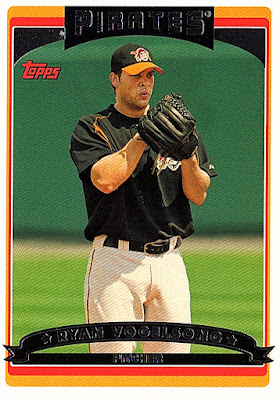 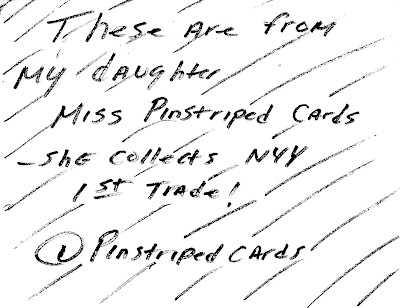 Big thanks to Pete and his daughter for sending so many great cards. Now let me try and find some cards to send your way.  I have so many great Yankee's trading partners that I almost never have any on hand.

Thanks for reading!
Posted by BobWalkthePlank at 7:17 PM