The cards featured in this post all come from Adam (Arpsmith's Sportscards Obsession) that arrived right before Christmas.  Usually I'm much better at posting trade packages in a timely manner, but I really messed this bunch up.

Adam sent some cards my way as a thank you for being the middleman on his secret santa gift to Kevin from The Card Papoy.  I placed my stack with Kevin's away from all my normal mail and forgot about them until last week.  My bad Adam. 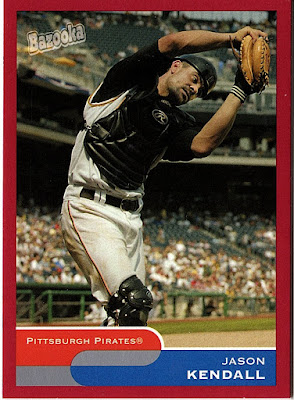 I will talk about Jason Kendall cards until I'm blue in the face.  He just has so many great ones.  You would be hard pressed to find someone to match his cardboard credentials.  Obviously being a catcher gives you an advantage, but even his non catching cards are awesome.

I'm always excited to see Bazooka cards because for whatever reason they don't seem to be traded a ton in our community.  My guess is most people were out of the hobby in the 2003-2005 time frame. 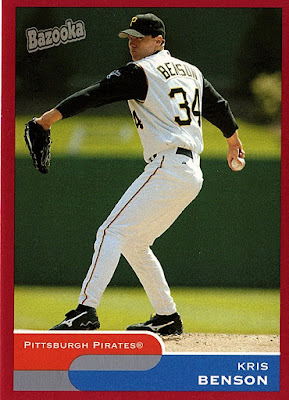 Kris Benson's career was a pretty big disappointment considering the hype after he was drafted.  His first two seasons were great, but injury and inconsistency derailed his career. 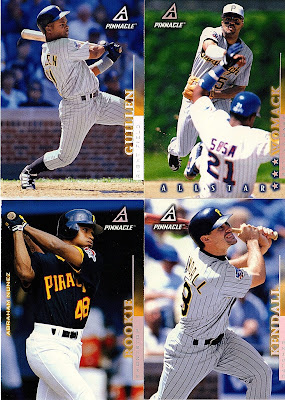 The year of the sideways nameplate! Nice Sosa cameo on the Womack card. 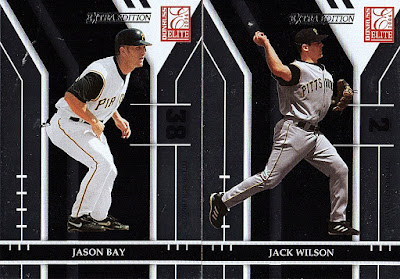 Don't stare at the Morris card too long or else you will be transported into an alternate universe. Sets like Donruss Elite helped keep me busy in a time where new release Pirate cards were few and far between.  The set had about 435,303,312,333 parallels in in. 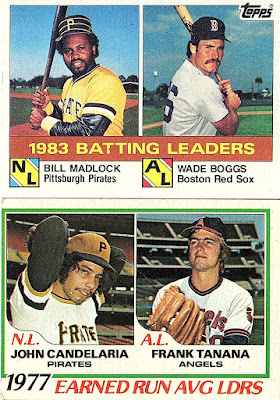 Some strong mustache game in the Madlock/Boggs batting leaders card.  I'm a big fan of the hefty bag undershirt Madlock is wearing too. 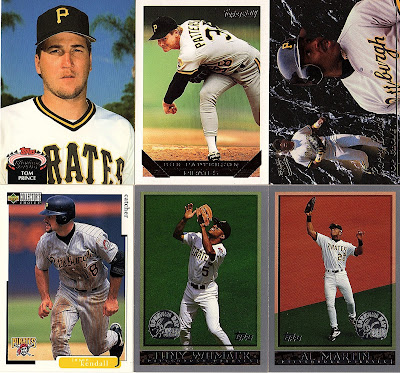 Looks like Tom Prince is still wearing his uniform on a Caribbean getaway. 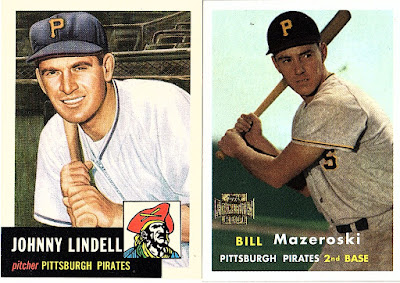 Archives was once a set that I would open a box of every year.  Once they started adding the likes of Will Ferrell, Major League and Bull Durham autos the price got to be out of my comfort zone.  So I'm always extra appreciative of people sending the base cards my way. 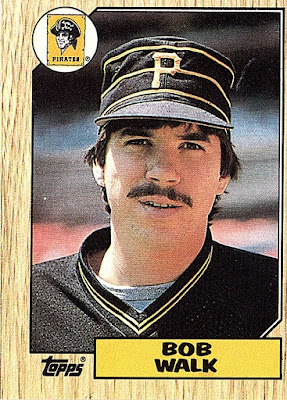 Speaking of Archives....This man needs a Fan Favorites auto.  I would take a second mortgage on my house to accumulate all of them. 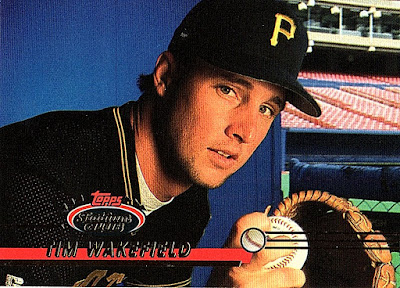 I hope a new knuckle baller establishes himself soon in the MLB.  With the likelihood of RA Dickey retiring we are heading into Opening Day with only Steven Wright throwing the pitch.

Thanks for all the cards Adam.  Your package to Kevin is in transit to France.  Sorry about the delay!

Thanks for reading.
Posted by BobWalkthePlank at 5:52 PM