Did you know Series 1 was out? Yeah, I'm a little late to the game.  The Pirate checklist was very small this year so I knew pack busting was out of the question for me. My blog friends to the rescue!

Tony L won a box of Topps this year which was super cool.  It seems he has been spreading the cardboard love throughout the community.  He was nice enough to send the Pirates my way. 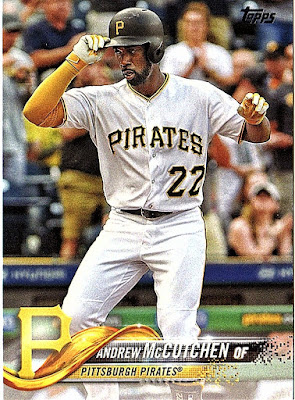 I like this card.  For as exciting of a player Cutch has been over the years he has a lot of boring cards. Even sets like Stadium Club have been a collective cardboard yawn.  This release is refreshing. 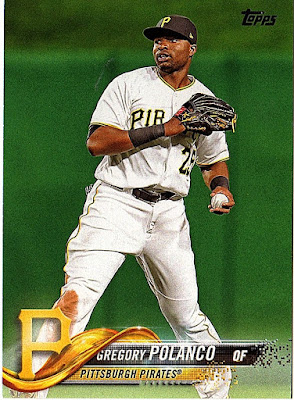 I'm suffering from Polanco fatigue. The guy has been in every set since his debut without having the production to really warrant the "star" cardboard treatment.  I'm sure I speak for most Pirate collectors that we would be ok for the likes of David Freese, Jordy Mercer and Francisco Cervelli seeing a few more cards.  I love collecting Polanco, but I'm all for some checklist variety. 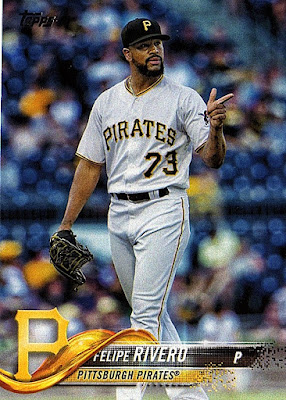 Now we are talking.  Rivero burst onto the scene last year.  Nice to see him getting some cards. 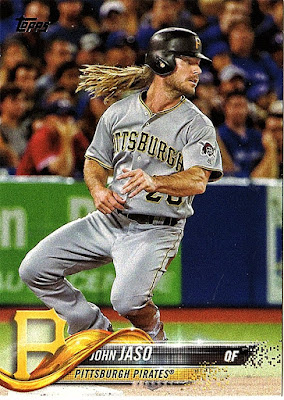 Jaso actually looks like a Pirate so pretty much any card of him is fantastic.  The 1/1 version of this card was pulled by Brent and Becca.  I would love to have that, but I can't really justify paying a ton of money for a John Jaso card. 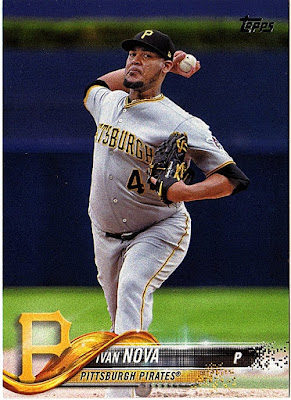 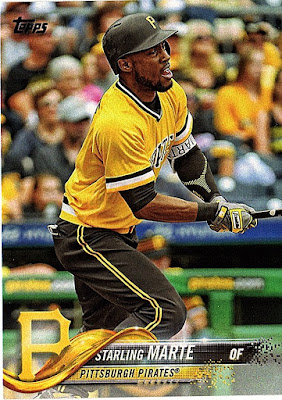 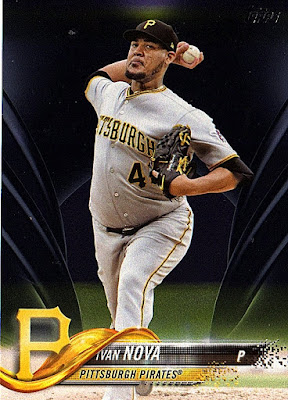 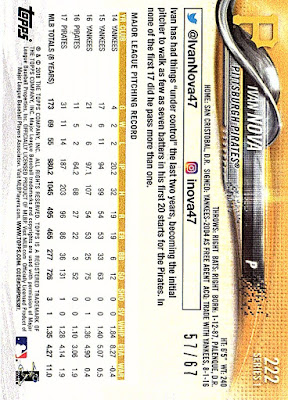 From what I see on eBay the black parallels are still very sought after by collectors. Pumped that Tony pulled the Nova and sent it my way.  Getting unique cards of players like Nova is just as satisfying as getting a new Cutch.

Tony also sent me a few extras beyond the Series 1 cards.

John Van Benschoten is a name that will haunt many Pirate fans.  He was a two way player in college in which many scouts thought he had a better chance to develop as a hitter that a pitcher.  Of course the Pirates took him with the idea of being a pitcher and it never worked out. 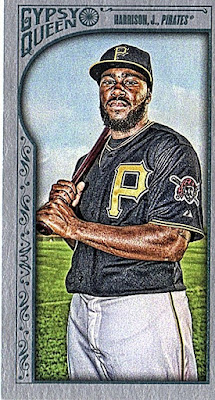 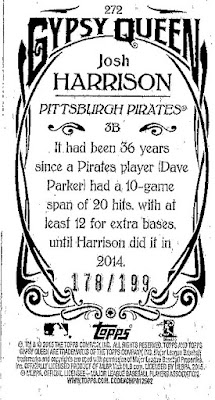 A cool silver mini of the longest tenured Pirate.  I'm surprised the Pirates haven't traded Harrison after shipping off Cutch and Cole.

Thanks so much for shipping the Buccos my way Tony!

Thanks for reading!
Posted by BobWalkthePlank at 3:25 PM