For many scanning is the bane of the card blogger existence.  While I don't necessarily enjoy it, I've always used it as a multi purpose organization tool.  The majority of my collection is accumulated via online so I receive a lot of mail week to week.  Since I always have a constant fear of mixing up trade packages, I tend to not open mail until I'm ready to scan it.  That is why many of you receive emails from me thanking you in advance for the package that just arrived as I've likely not got around to scanning and examining the contents.   Such is the case from a package I received last week from Joey aka Dub Mentality.

This package had an extra layer of complexity as I ripped the majority of the address line when busting it open.  The contents of the package didn't have anything to ID the sender so I had to try my best to reconstruct the envelope.  Thankfully the mystery was solved and Joey confirmed that he did in fact send something my way.

For those who don't know Joey he has become quite the Twitter force in the cardboard collecting world.  My guess is he joined forces with the Dark Overlord aka Wes to hit me. I'll forgive Joey for keeping such shady company because he sent some great cards my way. 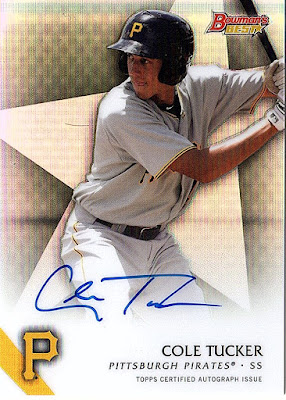 I love Bowman Best autos. They are such a nice alternative to Chrome for a multitude of reasons. 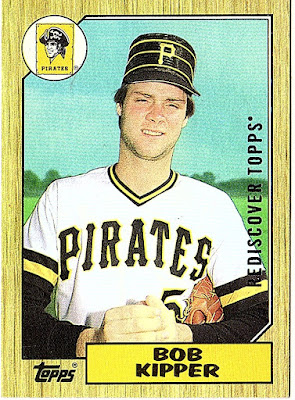 The Pirates hat is sitting so high it looks like a top hat. 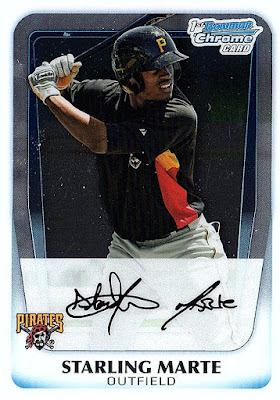 Speaking of chrome here is a nice rookie card of an established major leaguer.  Marte is looking the balance back after the lengthy PED suspension.  Don't do drugs kids. 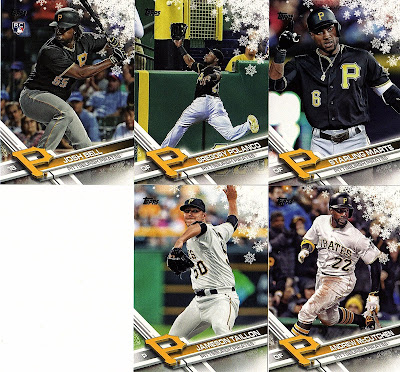 I've stated a few times that I think Topps should just all in with seasonal cards. Maybe some Easter Bunnies, leprechauns and turkeys. 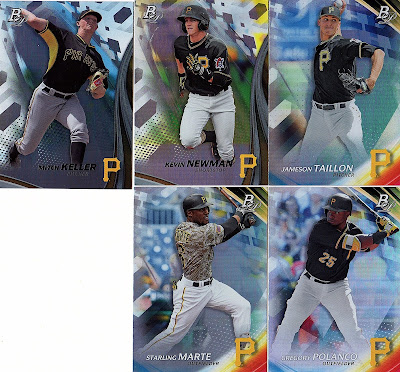 Bowman Platinum has always been a favorite of mine as it always reminds me of the crazy 90's insert sets.  Throw a few diecuts in there and my head would explode.  I couldn't buy them fast enough.

I'm pulling for Kevin Newman.  He was the star during the inaugural season of the WV Black Bears in Morgantown.  If he is somewhat productive in AAA he will likely be the starting shortstop by mid summer.

When Heritage first came out last year the Bell/Glasnow was among the hottest Pirate rookie cards of the year.  Bell had a successful rookie campaign, but Glasnow was a train wreck.  It really can't be said enough how bad the Pirates need him to be good.

I'm excited to see Felipe Rivero get some Pirate releases.  He quietly turned into a dominating reliever last year.  Plus he had one of the better players weekend nicknames.....Nightmare!! Left handed batters only had 7 hits in 85 at bats against him.  That is a .082 average. 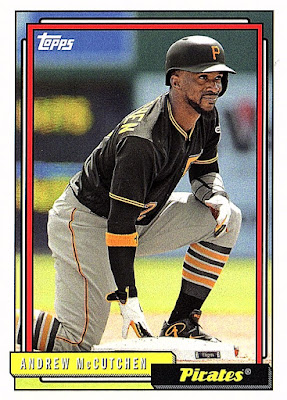 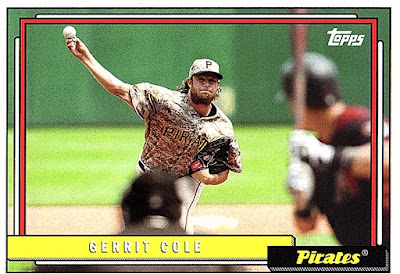 Baseball is a cruel bitch sometimes. 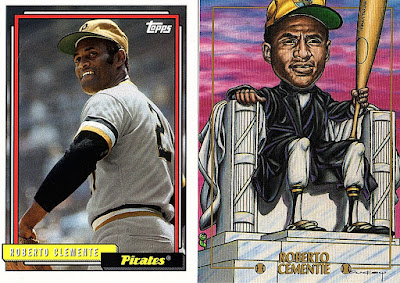 One of these years I need to finally research retired players that have gotten the most modern releases. I bet Clemente would be in the top 3. 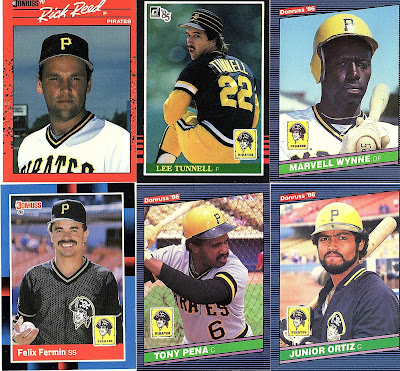 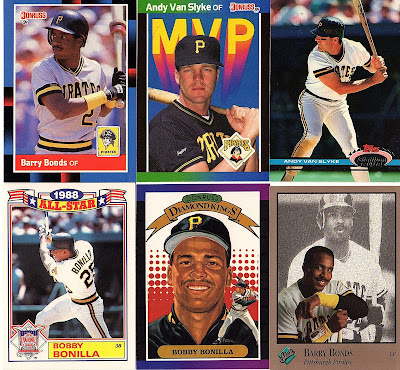 The cards of my youth.  I like the Junior Ortiz card.  He is straight mean muggin 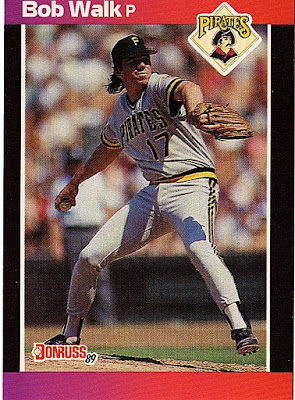 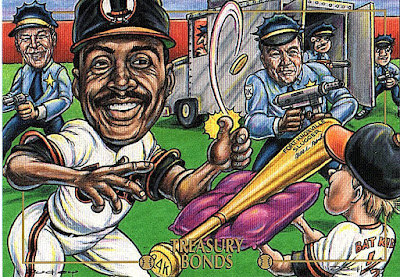 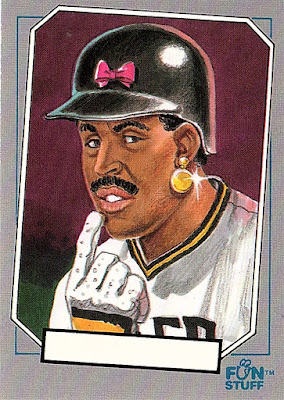 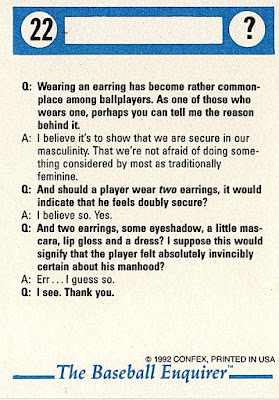 This cracked me up. 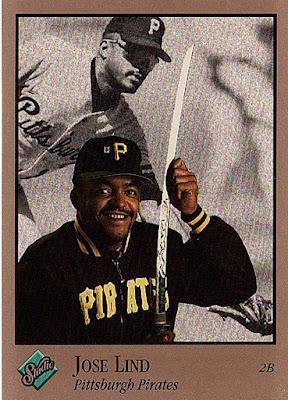 Normally I end with Bob Walk cards, but Jose Chico Lind gets the prestigious spot today.   I wonder if it is a Hattori Hanzo sword?

Thanks for all the cards Joey!


Posted by BobWalkthePlank at 7:17 PM