Gavin and I only trade a few times a year, but we swing for the fences when we do finally pull the trigger. I always enjoy finding something unique for his collection as he has a ton of interests which makes the possibilities endless.  He must have been ready for me this time around as I received a return package just a few days after my package had arrived. 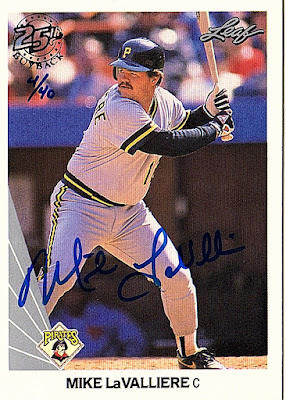 SPANKY!!! Leaf went a little crazy with serial numbered buybacks of the non autos, but knocked the auto checklist out of the park.

Obviously when I think stud professional athlete Mike LaValliere is near the top of the list.  Just look at him! The guy is a legend. 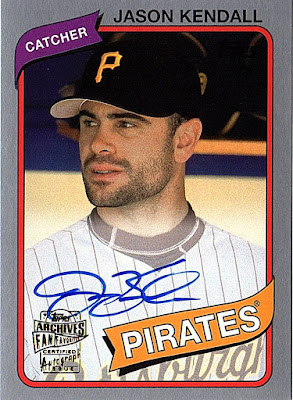 In terms of Pirates the Fan Favorites auto set has been missing more than hitting.  Jason Kendall definitely deserves the distinction of fan favorite.  He and Brian Giles made a lot of bad Pirate teams watchable. 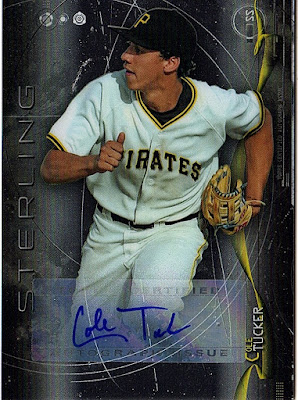 I've been adding a lot of Cole Tucker cards recently.  He is a former first round pick that has battled injuries for the better part of two of the last 3 seasons.  Lately he has been regaining the prospect status, so I'm trying to fill out the collection a little more before prices go up. 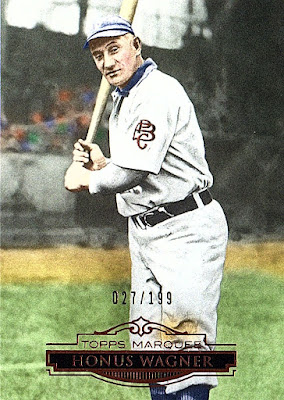 Topps Marquee was a one and done set so you don't see too many cards being passed around the blogs. I was pumped to see this Wagner. 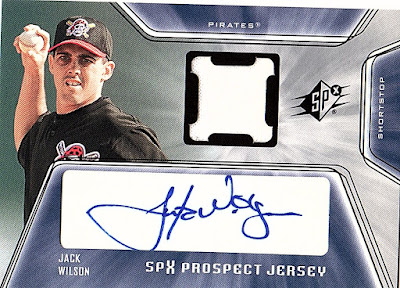 This is a drunken miscut scan 1/1!

I believe Wilson had been the longest tenured Pirate in the last 20 years until Cutch tied it last season.  Always one of my favorite Buccos to collect. 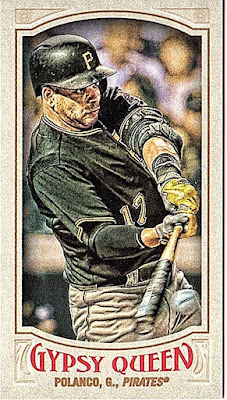 I always love showing this card as the photo is actually Aramis Ramirez...not Gregory Polanco.  The funny thing is Topps screwed this up on multiple releases when the reused this same image.  ERROR! 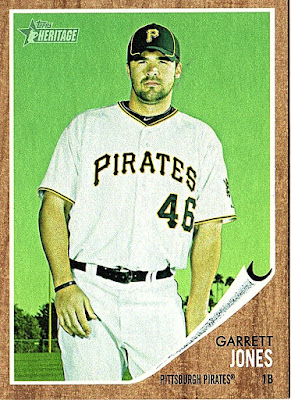 This is a green tint variation.  I'm admittedly bad at recognizing variations.  This comes out even more in sets like Heritage.  Gum stains, reverse photos etc.  If anything it has caused me to slow down a little bit when I open packs, which is a good thing. 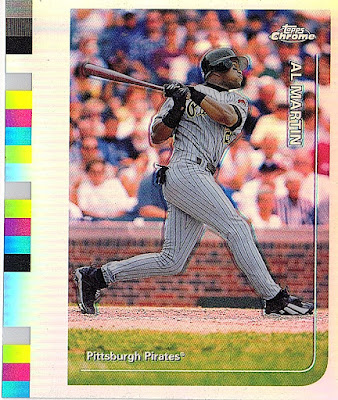 I'm not sure what these care called, but I've seen these on eBay.  They must be some type of prototype, but not sure of the official name.   Either way I'm happy to have a unique Al Martin. 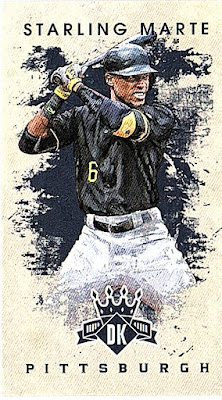 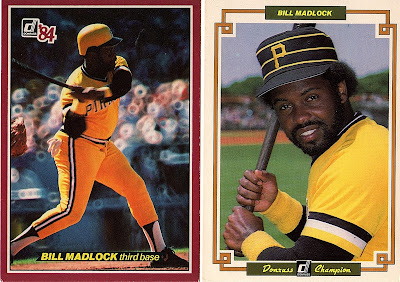 Up next is a bunch of high end base and refractor goodness.  Gavin must have hit the refractor gold mine at a show. 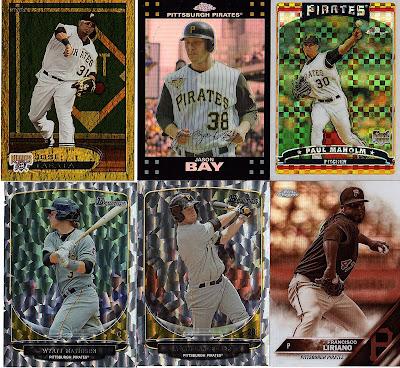 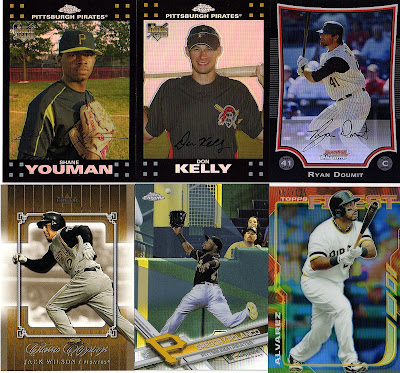 Friend of mine went to high school with Don Kelly.  He was a local Pittsburgh kid, but ended up carving out a career for himself with the Tigers. 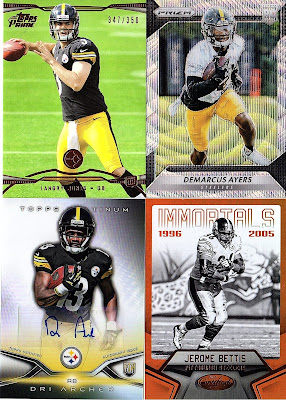 Gavin was nice enough to pick up some Steelers.  Love the Bettis even though the card makes it look like he played in the 1950's.

Another aspect of the trade that was really exciting was that Gavin found a bunch of Jerry West cards for me.  West is WVU's most famous athlete and an NBA legend.  Always super excited to get some new cards of the logo. 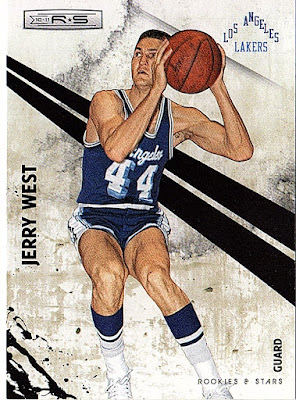 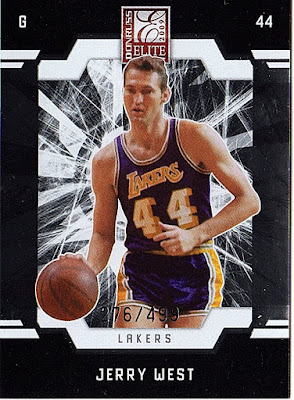 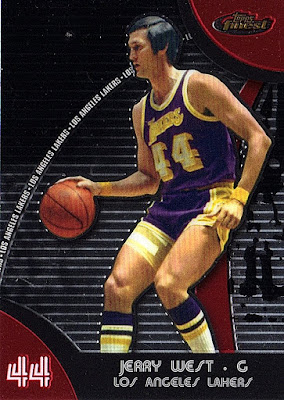 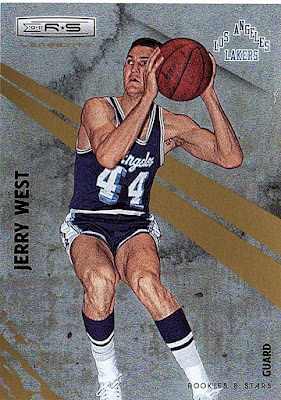 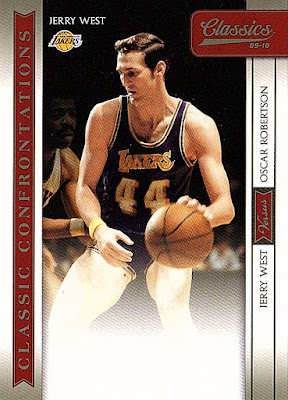 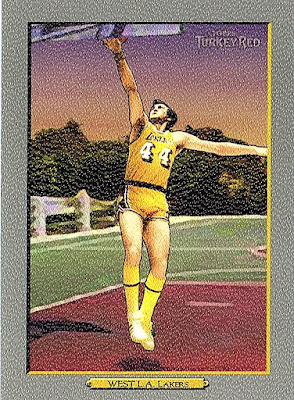 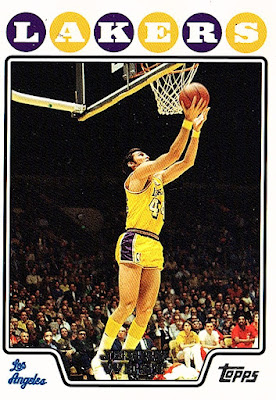 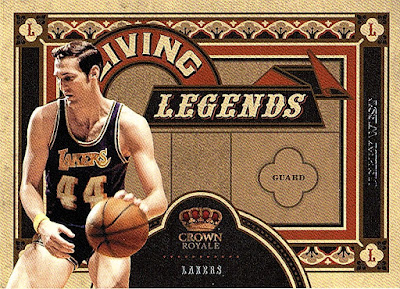 Hard to pick a favorite here.  If I had to choose I would pick the young looking photo from the Rookies and Stars set.

Thanks so much for the cards Gavin.  Always enjoy our swaps.  Hopefully I can hit you back sooner than later.  The Padres system is getting pretty deep so I'm sure I can find some Bowman cards for you at some point.

Thanks for reading.
Posted by BobWalkthePlank at 6:59 PM