I Unknowingly Did a Case Break

Around the holidays Doug from Sportscards From the Dollar Store busted a case of Topps Field Access football.  The appeal of the set is the huge auto checklist that includes some big names. It also boasts some unique photos that you don't often see on cards. Click the link to Doug's site and check out his posts.

As many of you know, Doug and I are active trade partners.  He really knows my collection and has a good memory for WVU alums.  Since Field Access has a big checklist some of the more obscure WVU guys got featured.  Doug set them aside for me! 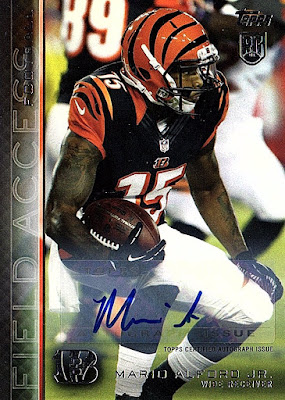 Alford was a 7th round pick in 2015 and has balanced around a handful of practice squads. 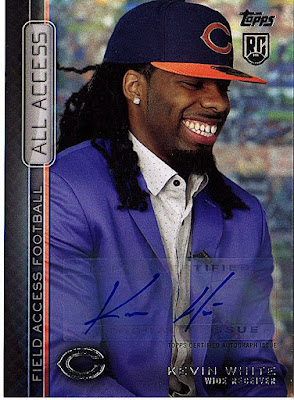 This card would have been considered a nice hit in 2015.  Obviously White's career has been riddled with devastating injuries. I've been picking up a good bit of his cards recently. 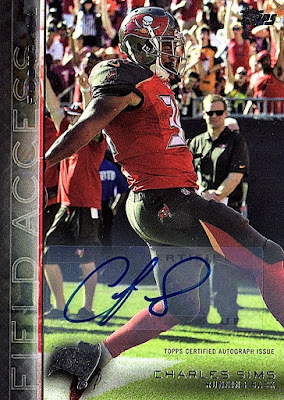 Sims only played one year at WVU, but you could definitely see his game translate to the NFL. His excellent pass catching skills made him a perfect 3rd down back.  That has essentially been his job since being drafted by the Bucs. 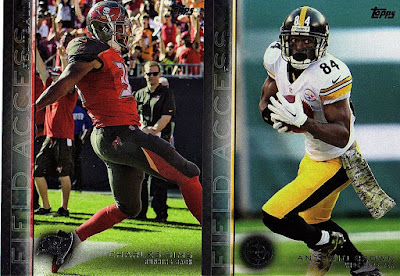 As always Doug threw in some extras. 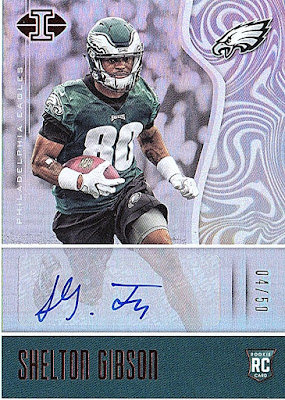 I'm rooting for the Eagles in the Super Bowl because they have 4 WVU alums. 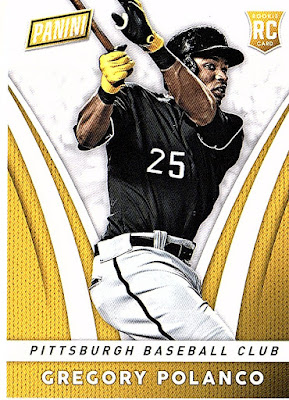 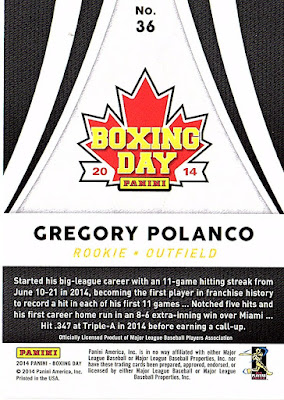 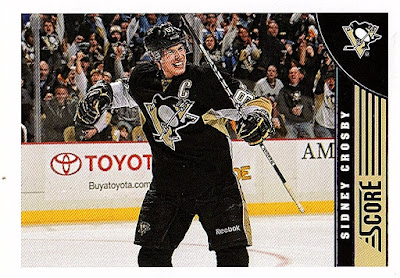 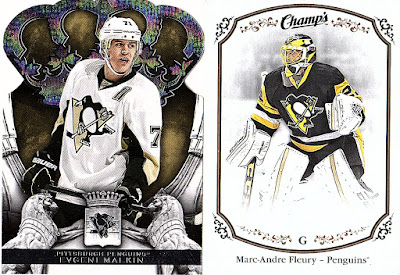 Doug must have the Fleury card already for his mask collection.   Thankful he sent the extra my way.  Pretty cool watching him have so much success in Vegas.

Some baseball to finish things out.... 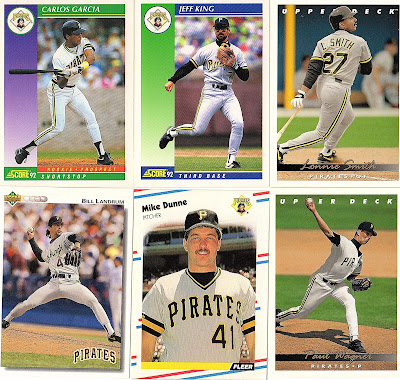 Sets of my youth.  I'm pretty sure I have a Mike Dunne Starting Lineup Figure. Bidding starts at 50k. 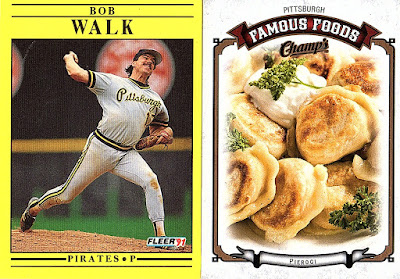 I probably should come up with an official top ten list of the most Pittsburgh(y) things.  Being that I'm not from Pittsburgh makes this list unbiased and totally legit.

I really couldn't think of anything else.

Thanks for thinking of me when you were busting your case Doug.  I'll be hitting you back soon.

Thanks for reading.
Posted by BobWalkthePlank at 6:46 PM