The trade packages have been coming in fast and furious this week.  I've been sorting through most of the contents and should have posts up early next week.  The last couple of weeks have been some of the best trading since I first started blogging.  Fun stuff!

While the trading has picked up, new Pirate cards have slowed down.  When things become stale I often switch to my second collecting love, WVU.  I recently picked up a couple of Mountaineers that were mainstays during my early high school years. 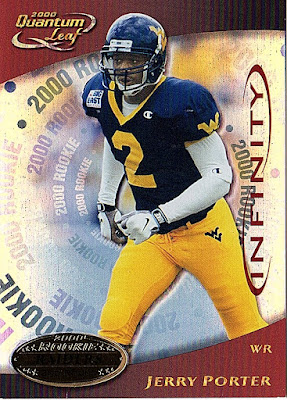 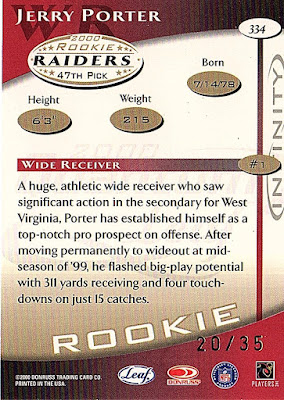 This card spoke to me in several different ways.  Like most that collect college teams I prefer players being featured in their school colors.  Also, Leaf Quantum had some great parallels that really made the card look extra nice.  This red parallel is /35.

Love the Big East patch being prominently featured as well. These Leaf cards could easily pass as a Pacific release..... 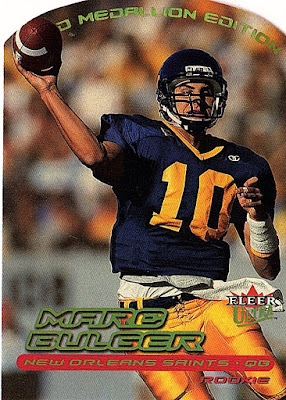 Another major release featuring the WVU uniform.  I actually like Ultra baseball releases a little more than their football counterparts.

Alright, back to sorting.  Curse you JBF.

Posted by BobWalkthePlank at 3:29 PM