So it has finally come to an end.  Over the last several months Wes has been putting me through 15 rounds of crazy trade packages.   I received the last installment on Monday. It was awe inspiring. 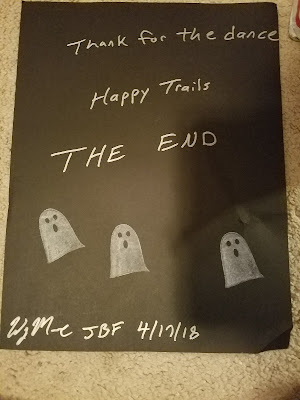 As some of you know Wes is going into blogging retirement and he used these 15 rounds as a final send off for his cardboard shenanigans.  It was a wild ride. 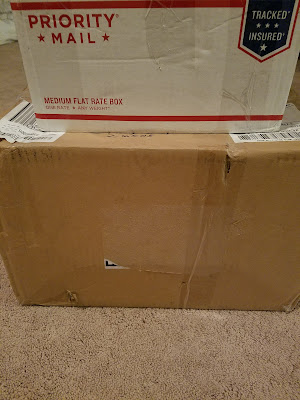 For this last trade Wes went back to our roots and absolutely blew me away with tons of awesome cards. 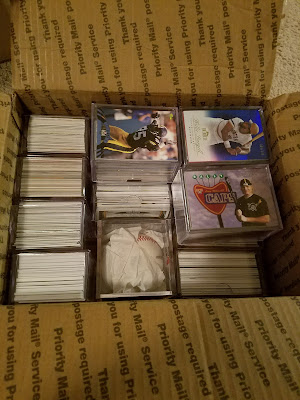 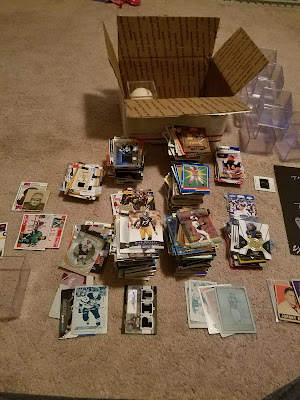 Look at all that!  My initial thought was I would just do a mega post, but it is just too much.  I'm guessing over 100 auto/relic and at least 200 numbered cards. Pure insanity!  Also that's 9 1/1's up front.

As cool as all those are, they can't hold a candle to what was in this box. 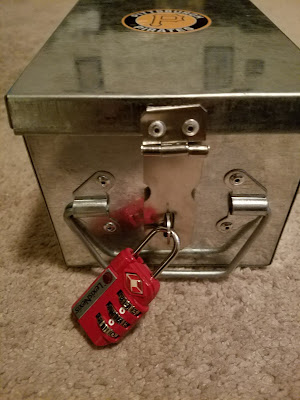 In typical Wes fashion I had to unlock a code to get it opened.  The contents of the box were unbelievable.  I know he let the cat out of the bag to a few people, but I'll be sure to do the grand reveal soon enough.

So my plan is to dedicate the better part of a week to my good pal JBF as kind of a blogging retirement party for him. My hope is to convince him to do one last post sharing some of his crazy plans he tried to get together for me.  Some of them had me laughing almost to the point of tears.  The man is dedicated to this craft.

I hope to start the posts early next week.  Thanks for all the fun over the years Wes.  Hope you enjoy seeing your destruction in scan form.

Posted by BobWalkthePlank at 7:30 PM