Now that Cutch is a Giant the Pirates are void of any high $ players in terms of cardboard. The only exception would be collecting Chrome parallels of high end prospects, but I don't play that game. Paying $500 for a guy in AA is pretty crazy and crosses the threshold from collector to investor. To each his own, I just don't have that kind of disposable income.

Lately I've been having fun picking up Pirates from high end sets.  Tyler Glasnow is the perfect example of Topps over saturating the market. At one point Glasnow was a top prospect which means you get a ton of cards. He was in every set. After a disastrous start to his MLB career his card prices bottomed out. I jumped on the opportunity. 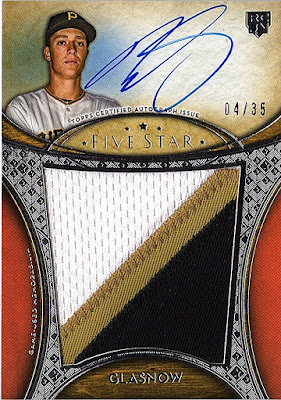 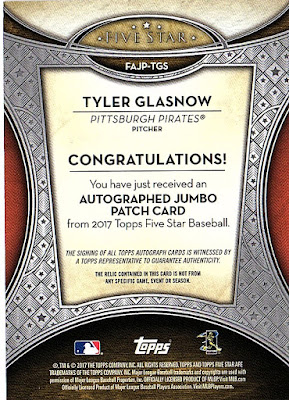 While I'm upset that Tyler has had a rough go of it, his struggle has opened the door for high end card purchases.  Who knows, maybe he'll right the ship and this will turn out to be the steal of the century.  While that would be a bonus, I'm happy to own a nice looking card at a bargain price either way.  The final price was $11.50 on eBay.