This blind trade has been taken to another level....

These are courtesy of Dennis from Too Many Verlanders. 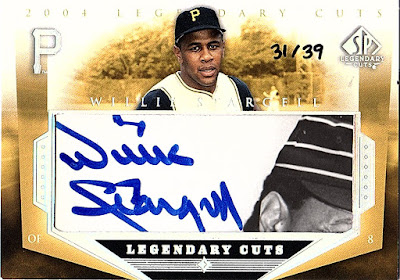 Just getting this card alone would be a legendary haul.....BUT 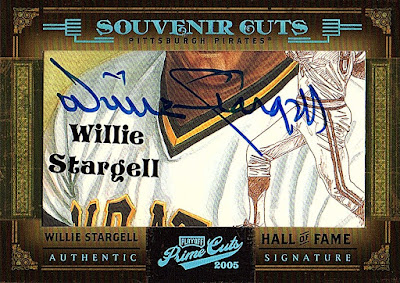 Getting two Pops autos in the same envelope is just plain crazy.   Dennis really put his foot on the pedal this time around.  For obvious reasons Pops certified autos are not easy to come by.  They are generally numbered low and are inserted in higher end sets as cut autos. 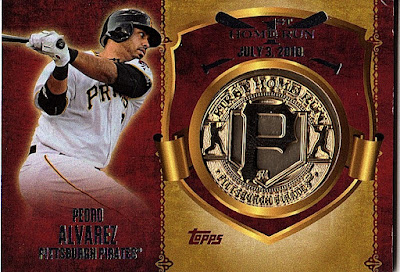 I think most collectors despise manu-relics because card companies like to count them as "hits" in boxes. I would be included in that mix.  With that being said I'm happy to take Pirate variations in trade. These commemorate first career homeruns. 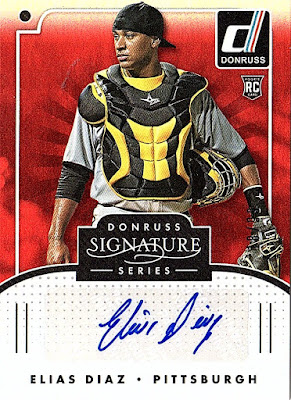 This is a solid looking non licensed card.  I feel like Diaz has been in the minors for about 15 years before getting the backup job this year.  The idea this year is to try and give Cervelli more days off to keep fresh.  Hopefully Diaz hits enough to warrant the playing time. 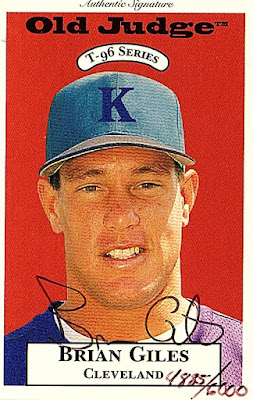 I wonder if Giles went on the DL after signing all those autos..... 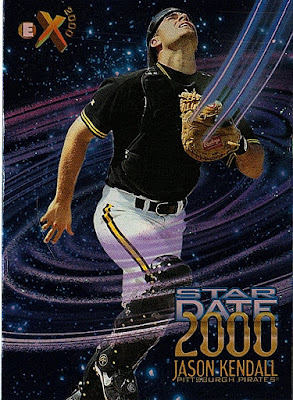 I love crazy shit like this.  God bless mid 90's to early 2000's cardboard.  Some of it may make no sense, but at least it was different. 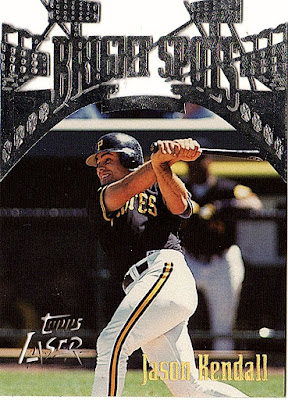 Exhibit 2 for my point above.  More cards should be burned out with a laser.  Also, this is about the most appropriate insert set name for a Pirate player ever.  I would like to have a dollar for every time I said (insert player) has been a bright spot in an overall miserable season. 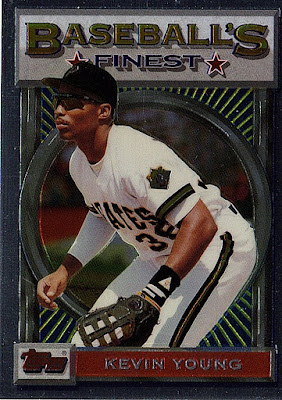 Finest has long been a favorite. 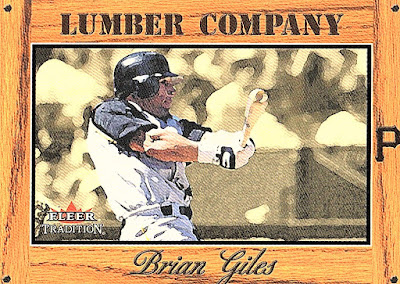 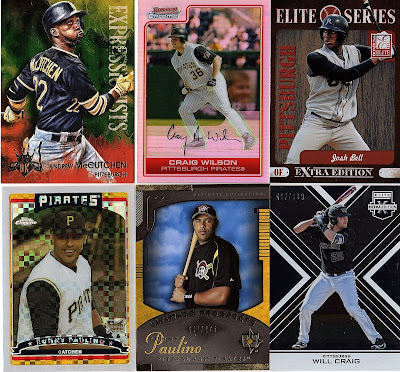 Lot's of shiny here.  Former WV Black Bear Will Craig makes an appearance as well as a very early card of Josh Bell. 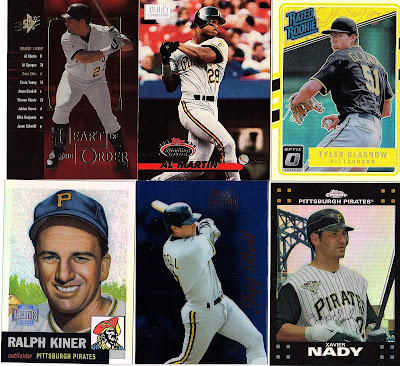 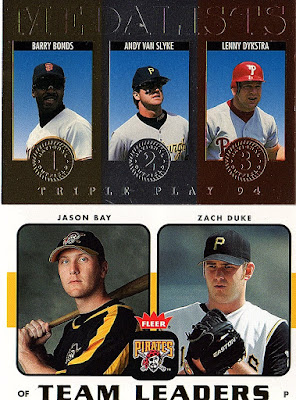 Pitcher leader cards for the Buccos throughout the 2000's were soooooo sad. 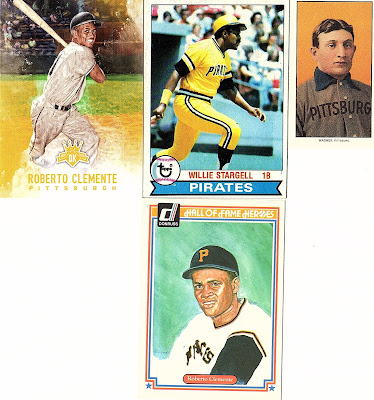 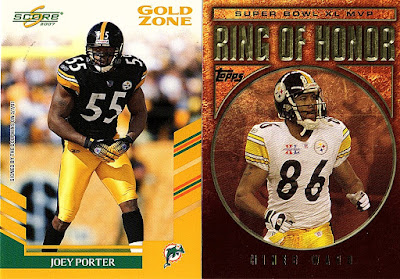 A lot going on with this Porter.  You get the Steelers picture, but technically a Dolphins card.  My collection so my rules....counts as a Steeler. 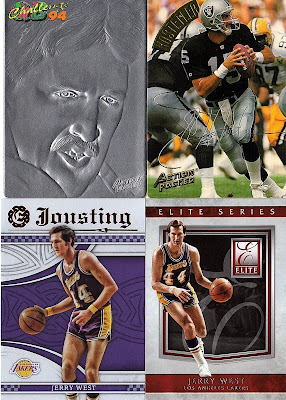 I've been getting lots of West cards in trades lately which is so cool.  I don't get to buy much in the way of basketball since WVU doesn't produce much NBA talent.

Geno and Tavon put up a ton of points during their tenure as Mountaineers. 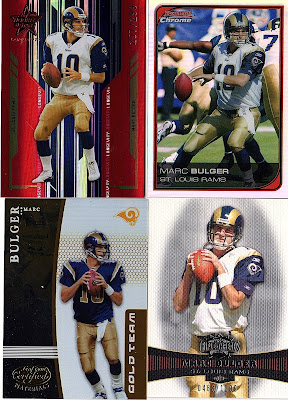 Bulger was such a late draft pick by the Saints that he didn't get a ton of rookie cardboard, but he sure made up for it with his Rams tenure. 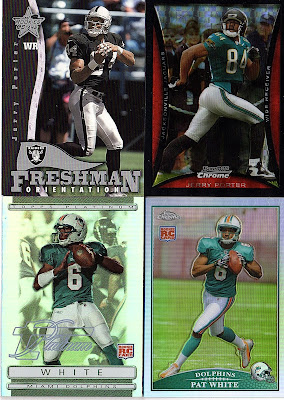 Thanks a ton Dennis.  You really hit me hard with those 2 Pops autos.  Can't wait for the next round of trading!

Thanks for reading.
Posted by BobWalkthePlank at 7:21 PM