Certain cards have that "wow" factor.  I think this is one of them. 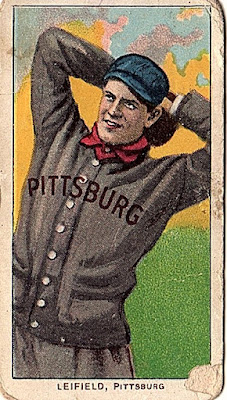 You know its old when Pittsburg is spelled without the (H).  This was part of my most recent package from international madman Wes.  For a little added flair he tucked this in an old Pirate magazine that I show further down.

T206 cards have great visual appeal. Something cool about hold a 100+ year card. I'm also thinking about dressing as Lefty Leifield for Halloween. 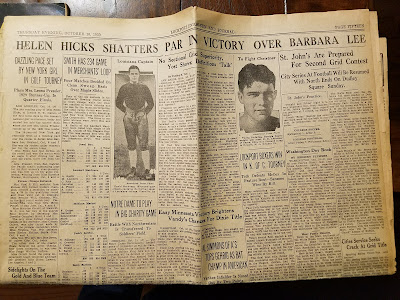 An old newspaper that I really haven't got to dig into. I do like the story about Al Simmons topping Lou Gehrig as batting champ in the American League. 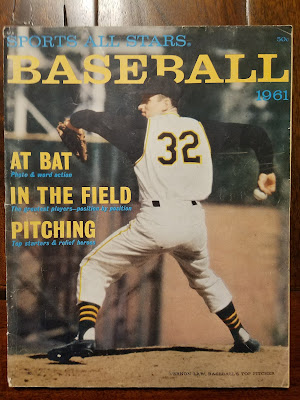 This is the magazine that yielded a T206. Nice shot of Vern Law. 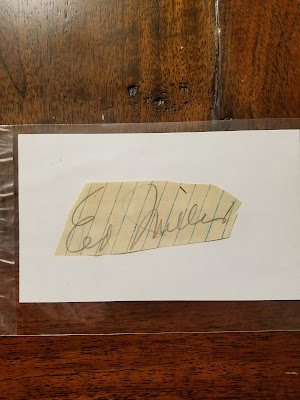 This is an autograph of Eddie Miller.  He doesn't have any affiliation with the Pirates, but he is from Pittsburgh.  His best years were as a Red in the mid 40's.

The second package that Wes hit me up with on the same day was a crazy amount of WVU cards. Over the past two weeks he has sent me just about every WVU card known to man.  This latest batch had a nice theme of more obscure Mountaineers, many of whom only have a couple card releases. I scanned every single one in the bunch. 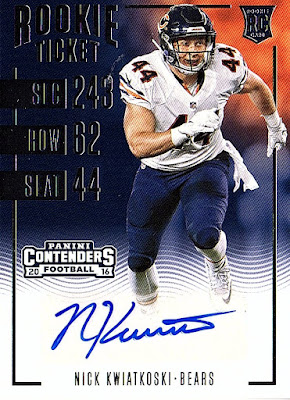 I'm a huge Contenders fan because of the deep checklist. If a Mountaineer is a late round pick or goes undrafted this is usually the set to find them in. 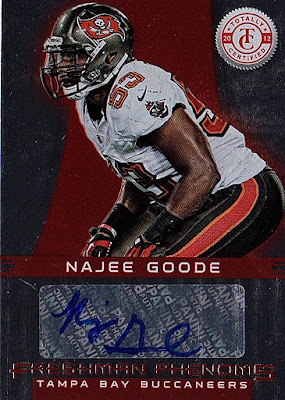 Another obscure auto.  Panini dominates Topps in this regard. 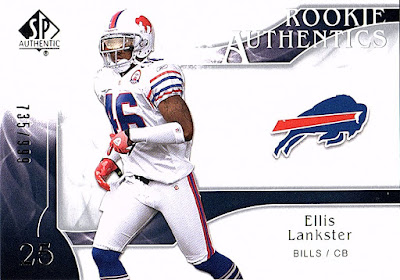 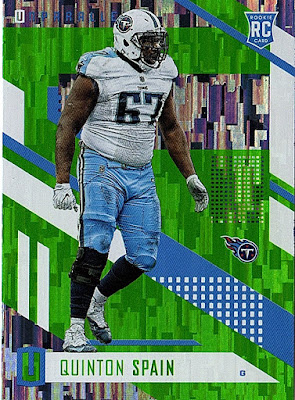 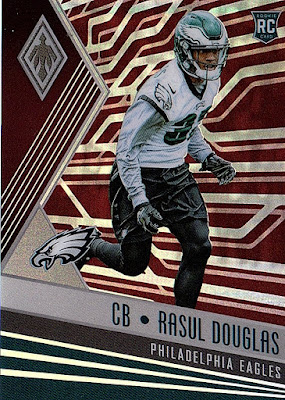 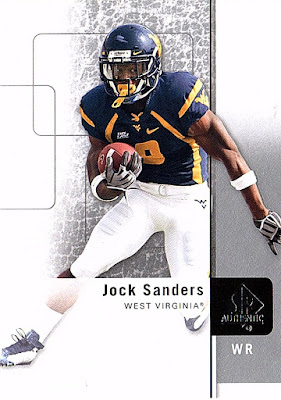 While I collect any WVU player, extra bonus when they are featured in the college uniforms. 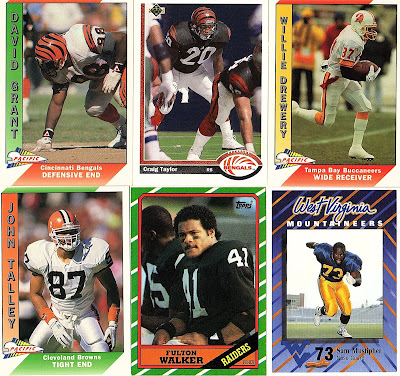 Team sets are the best. These need to come back! 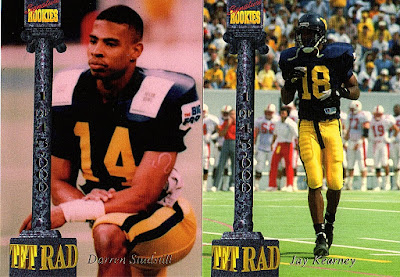 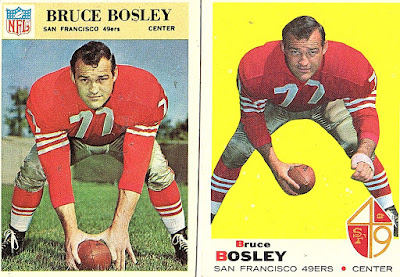 Only one of three guys who has their number retired by the Mountaineer football team. 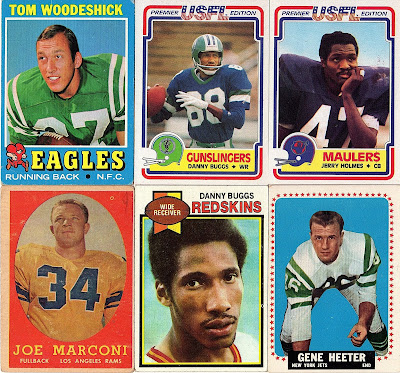 USFL team names are top notch! Buggs was at WVU when Bobby Bowden was the coach 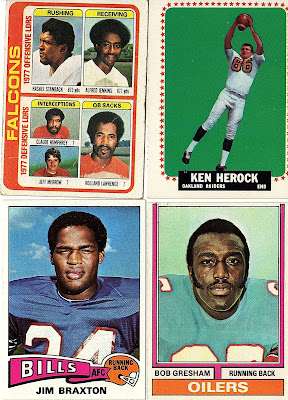 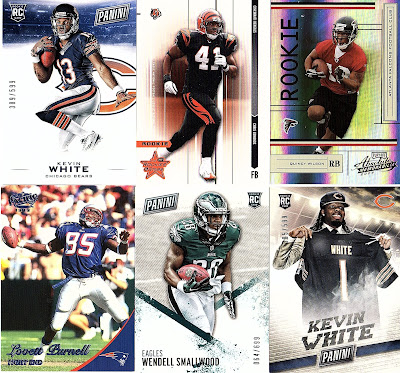 Quincy Wilson was always a favorite while he was at WVU.  He was the starting running back my sophomore year of college. 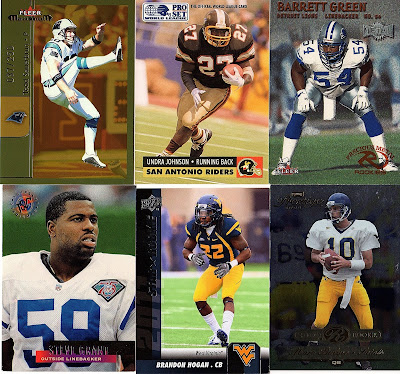 Kicker alert! WVU has produced several successful NFL kickers.  Barrett Green was a crazy man at WVU.  I don't know if I can look this up, but I would guess he is among the leaders in late hit penalties. 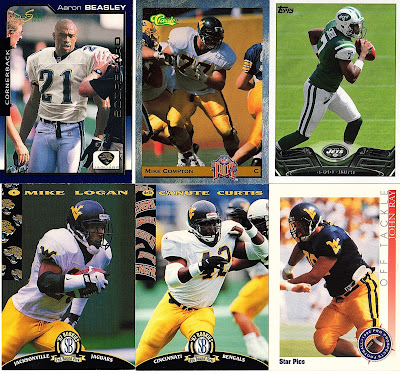 Beasley and Logan both had long NFL careers. 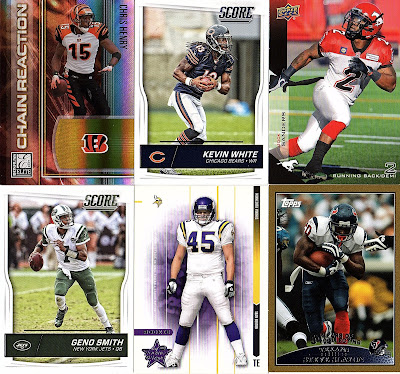 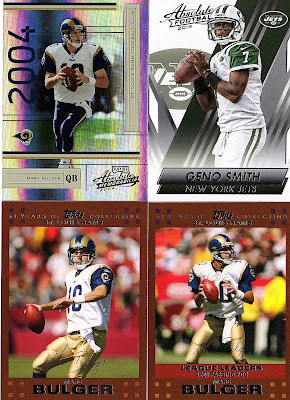 Bulger and Jeff Hostetler have probably been the most successful WVU/ NFL quarterbacks.  Hopefully one day Geno gets a chance to play on a team with a good offense.

Topps Total is awesome no matter the sport. 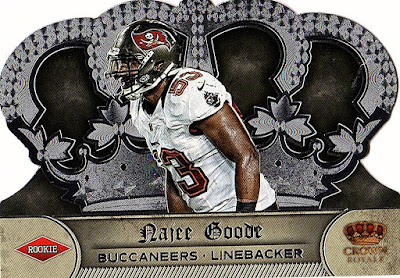 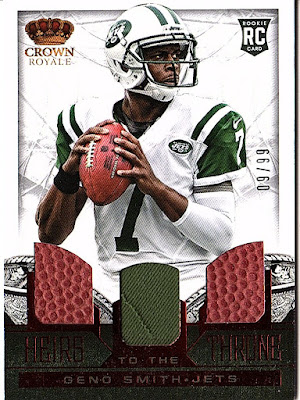 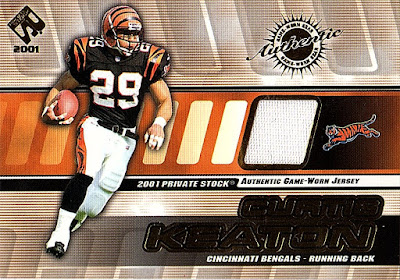 Keaton actually transferred away from WVU and finished his career at James Madison. 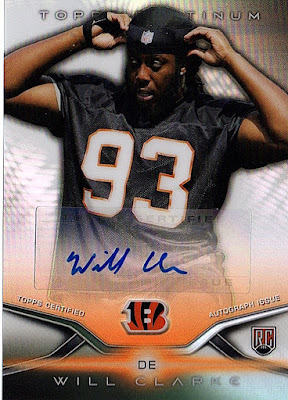 Backward hat cards are not just for backup QB's. 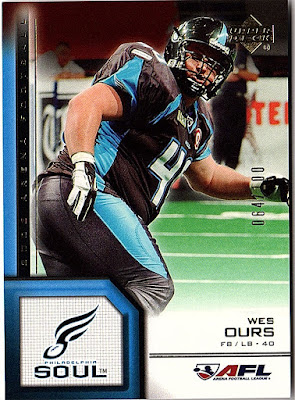 I think this was my favorite card of the bunch.  Arena Football League!!!! Wes Ours was did a little bit of everything at WVU. He started out on the defensive side of the ball and then moved to offensive line and fullback. He was blocked for two of the best backs in school history (Amos Zereoue and Avon Cobourne). 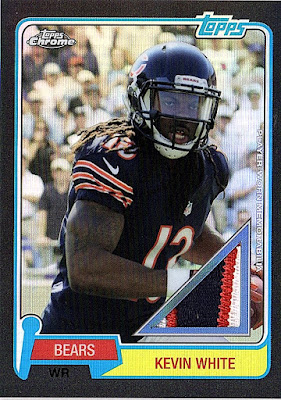 These were so much fun to look through Wes.  Did you have help on this bunch?  You found some of the more obscure WVU cards I've ever seen.  These plus what you sent a few weeks back are a collection in itself.  I'm so happy to have them.

Thanks for reading!
Posted by BobWalkthePlank at 8:55 PM