After a month of work mayhem that included me going in on the weekends, I finally had time to mess with my cards. Between organization and blogging it was the most love they've gotten since before Christmas. It's the little things in life!

Also as an extra bonus my wife kicked me out of the house to get some "me" time today. That usually includes me going up to Target to buy some cards. This time around I was able to get some 2015 Topps blasters. I also ate some unhealthy food and drank a beer at one of my favorite bars in town. Got to check out a documentary about the 1980 USSR Olympic hockey team. Quality alone time!

Back to blog business...

When looking through my McCutchen autos I thought it would be neat to show a progression of how his autos have changed over the years. Check this out. 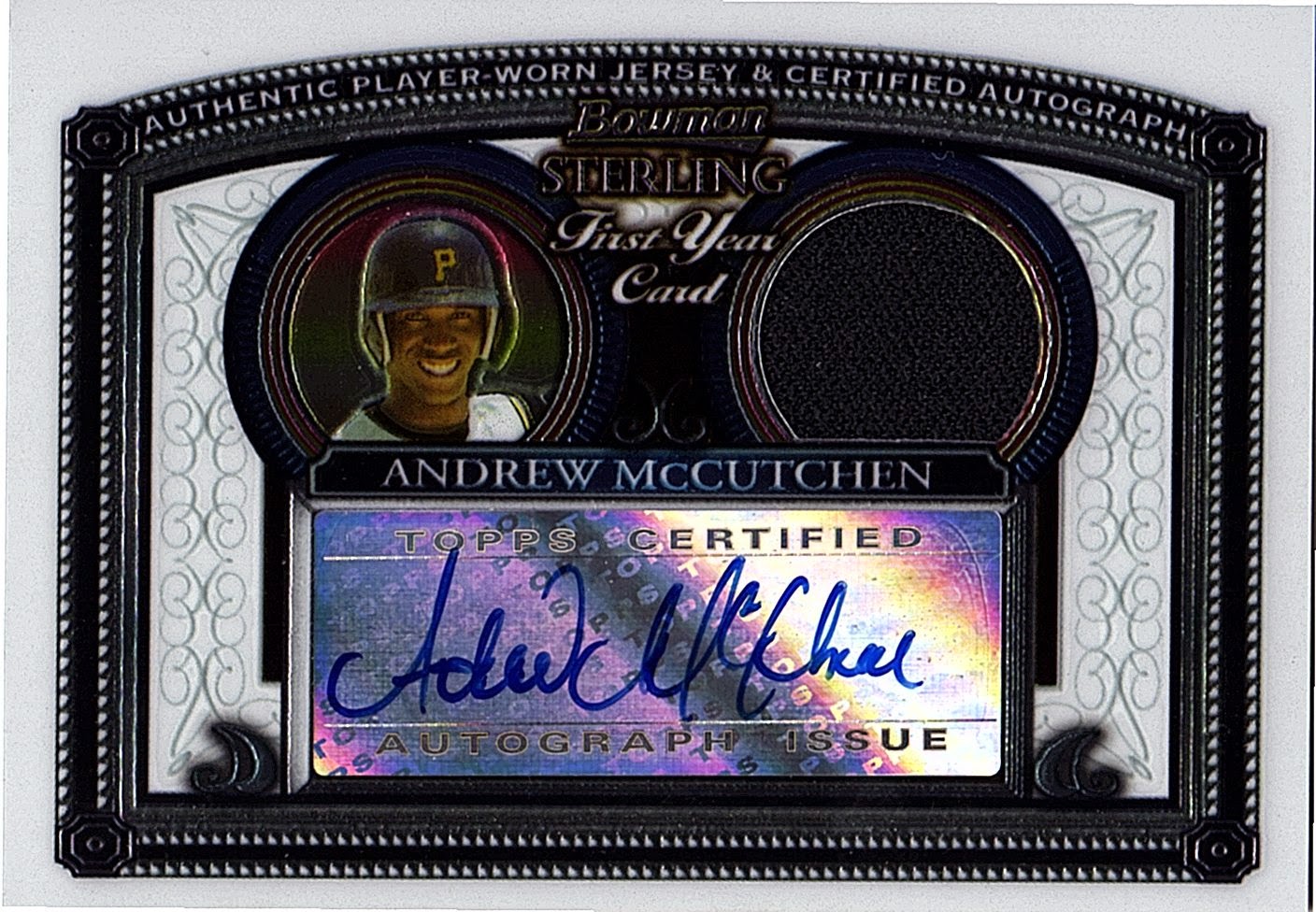 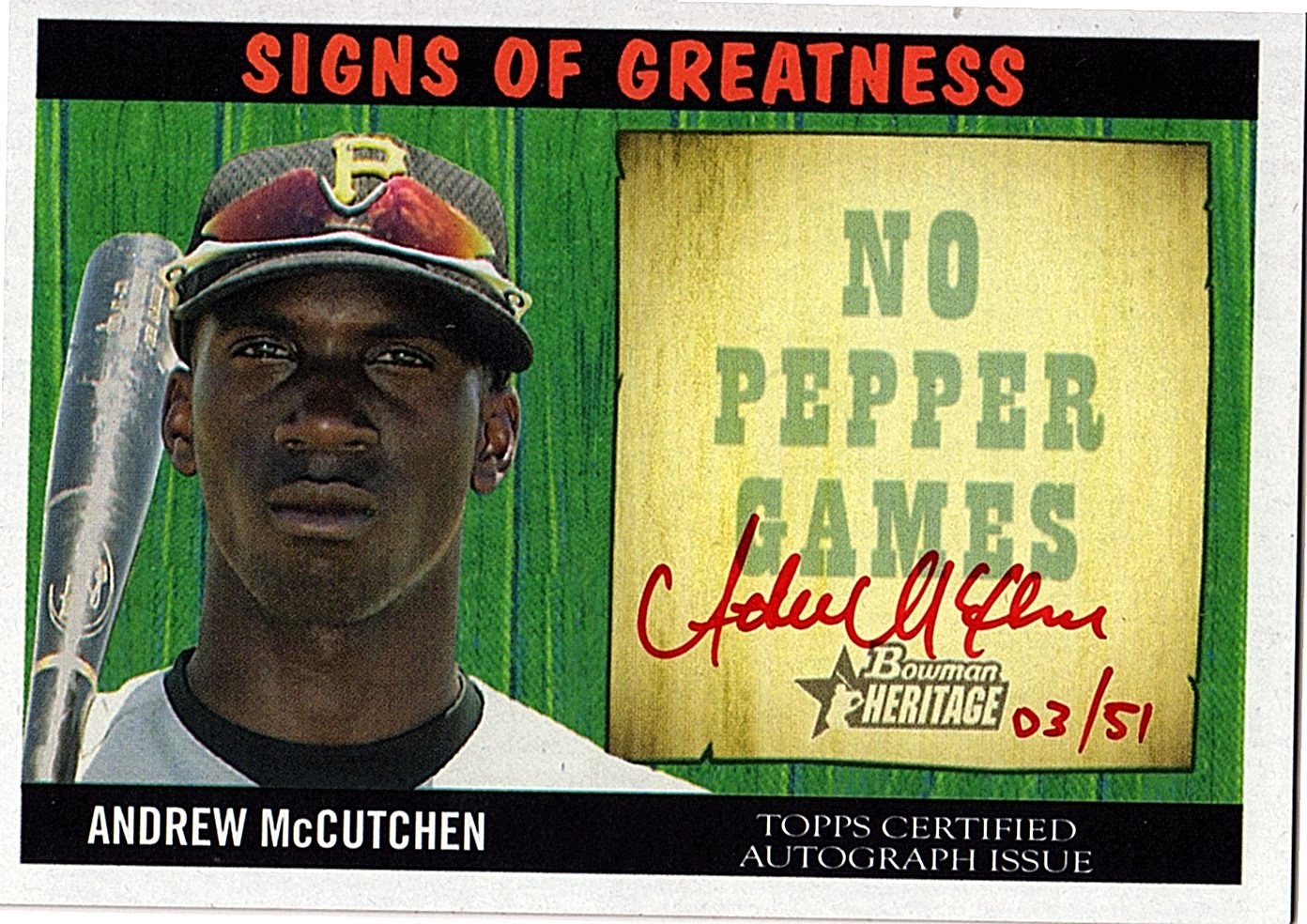 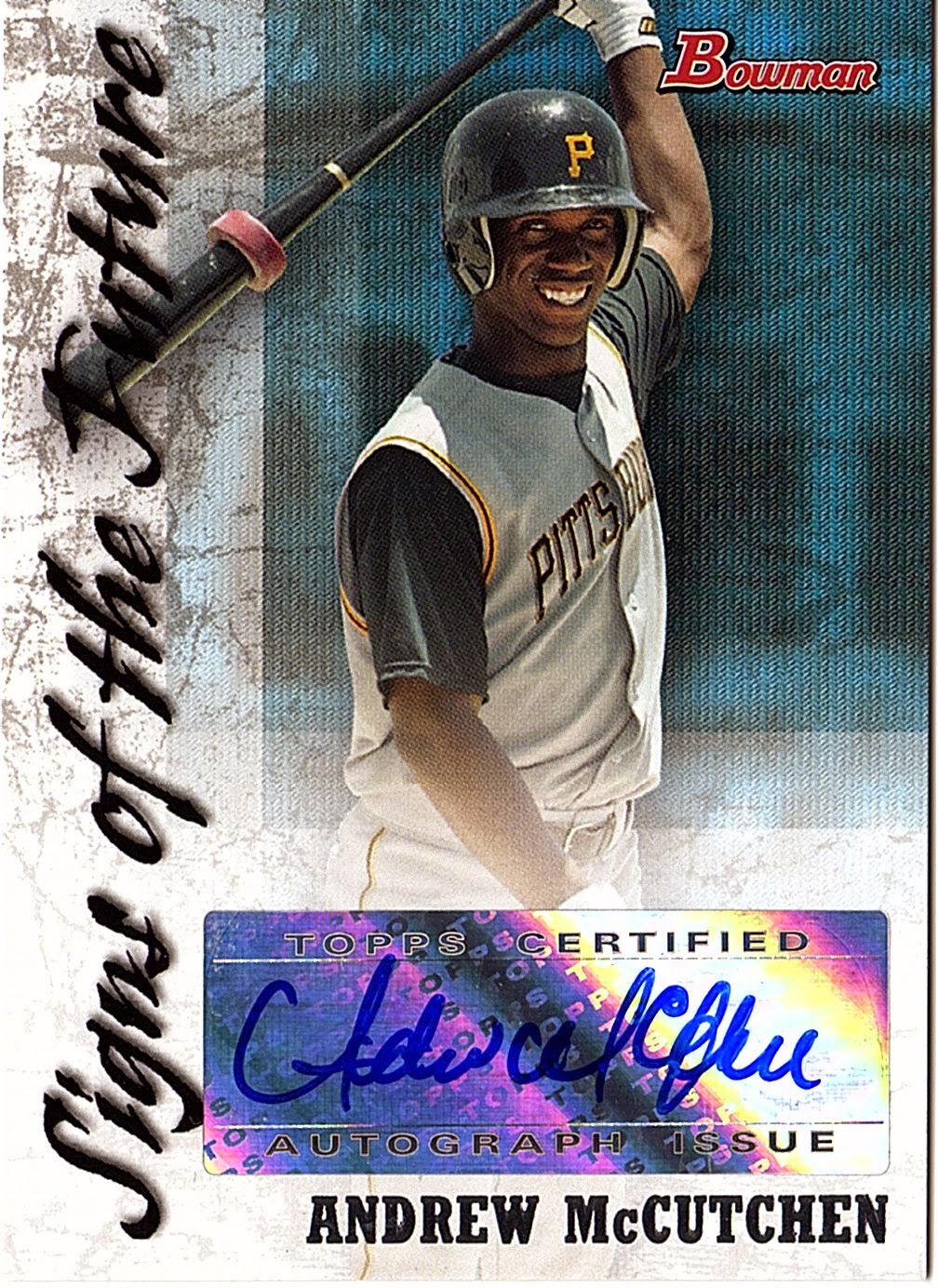 2007 Bowman Auto
In the early Cutch autos he would sign most of the name. This is probably due to the fact that he really didn't have many releases. At this time he had the three shown above plus a Topps Chrome and Aflac rookie. I'm only missing the Aflac version. It is by far his most rare and expensive release. 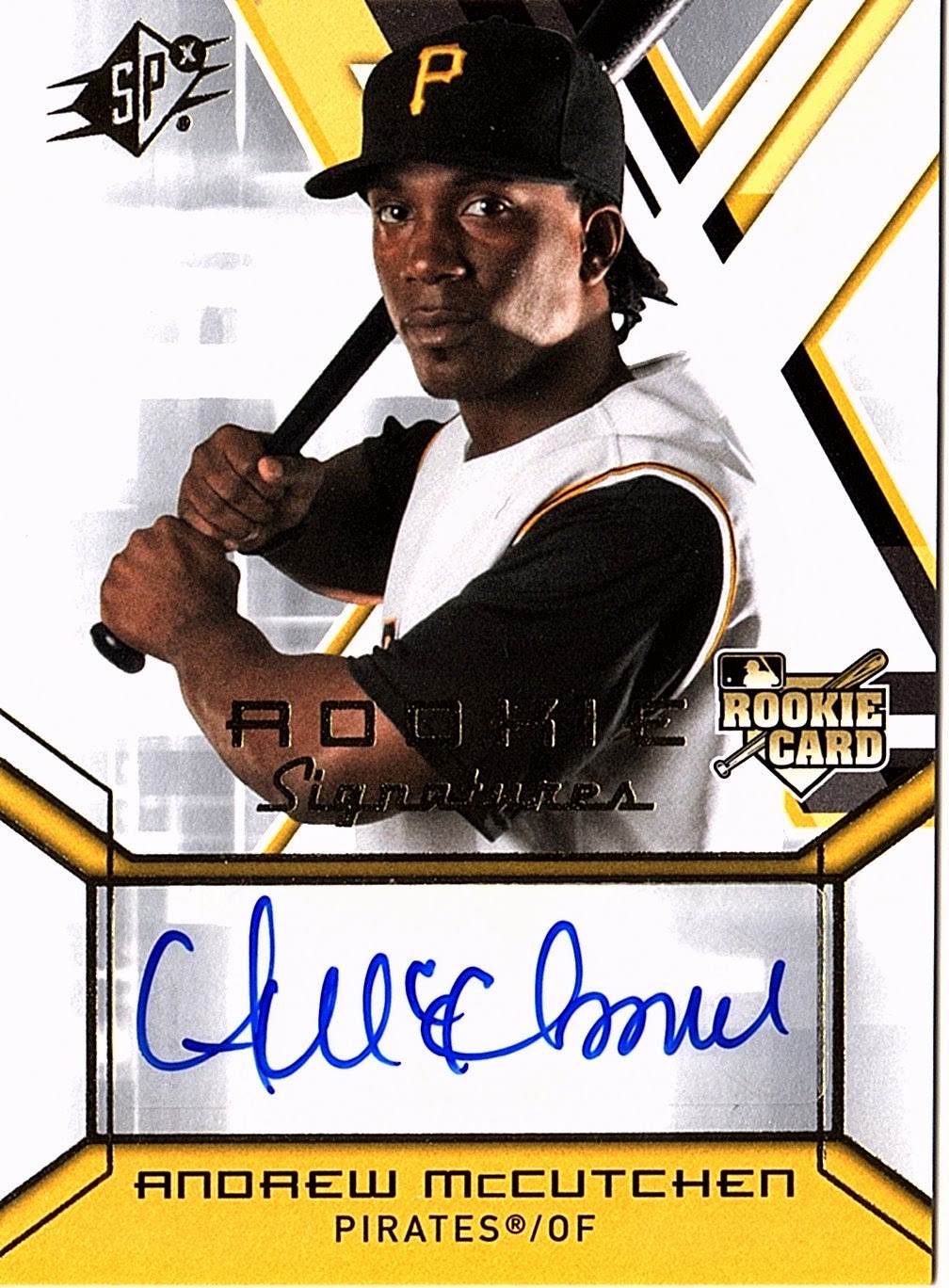 The auto starts to get a little faster in 2009. You can see the first name shortened and the last name is rather sloppy. This 2009 SPX card took me a while to track down.  I don't think I actually bought it until 2011. 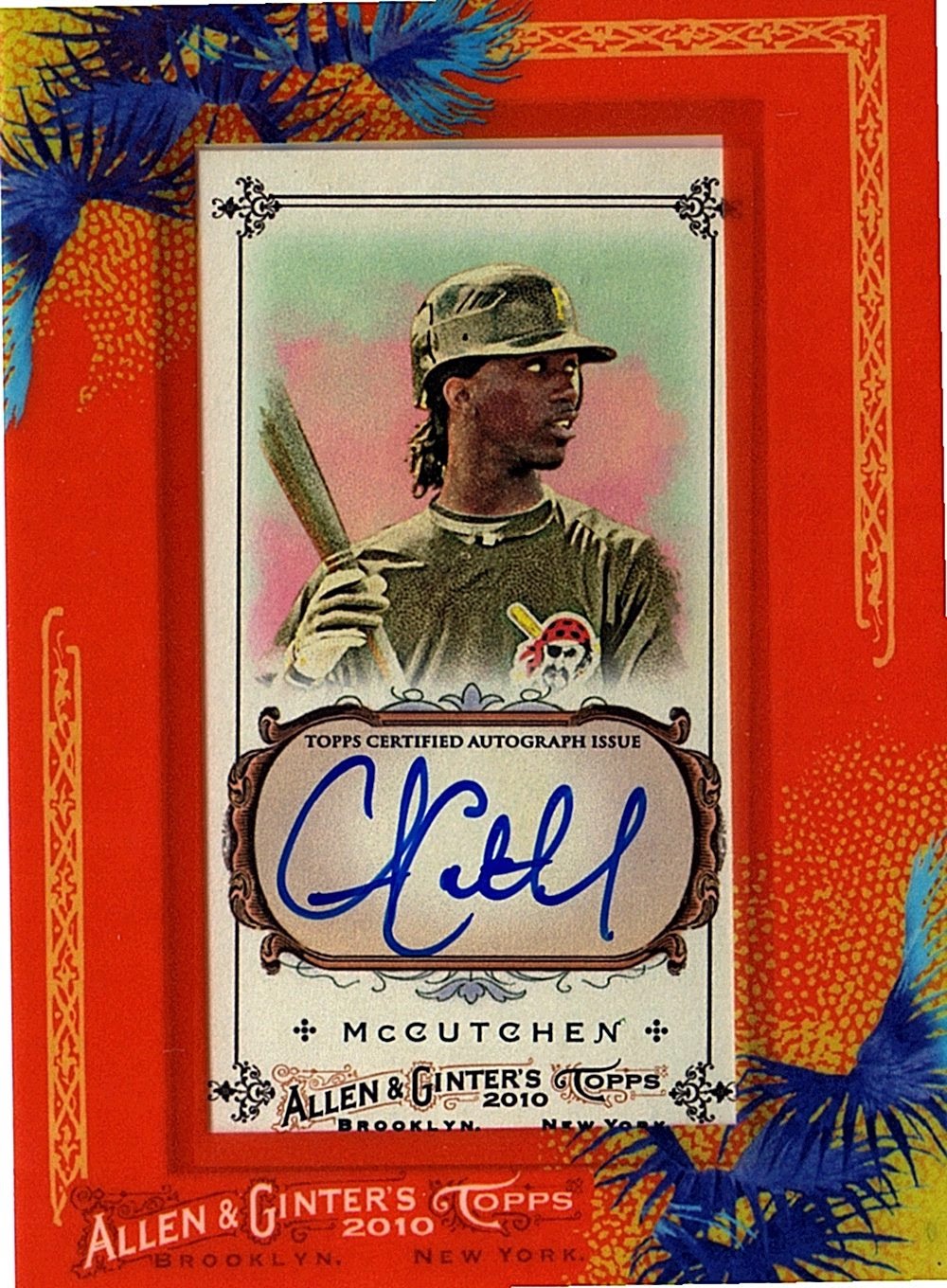 As Cutch made his debut in 2009 his auto demand went way up. Thus the shortened version of his auto was born. All things considered it is not a bad auto considering the length of his name and the amount of times he has to sign. Much sharper than the 2009 version.

This A&G card is one of my favorites in my collection. 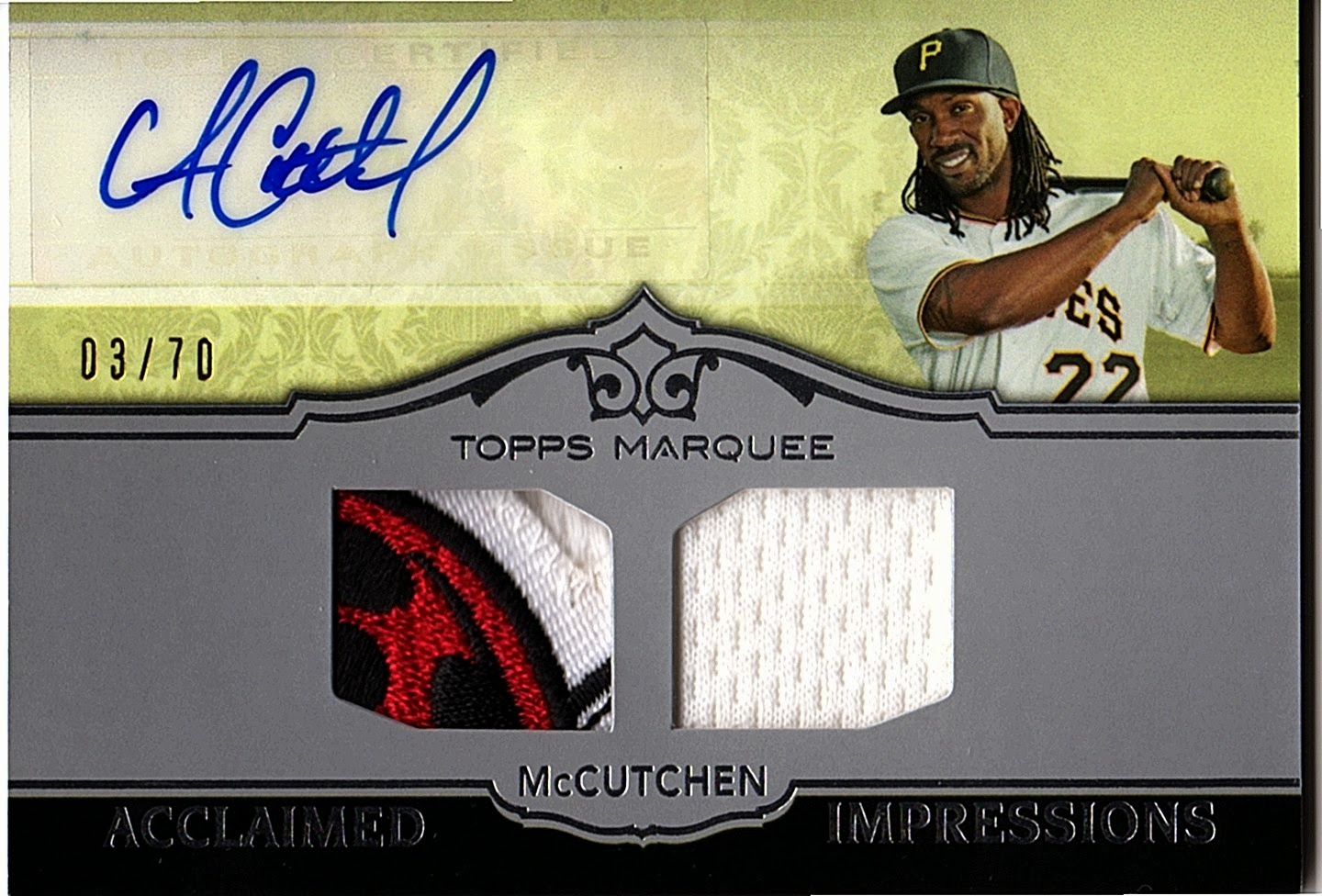 He tends to keep his stickers and on card autos pretty close. 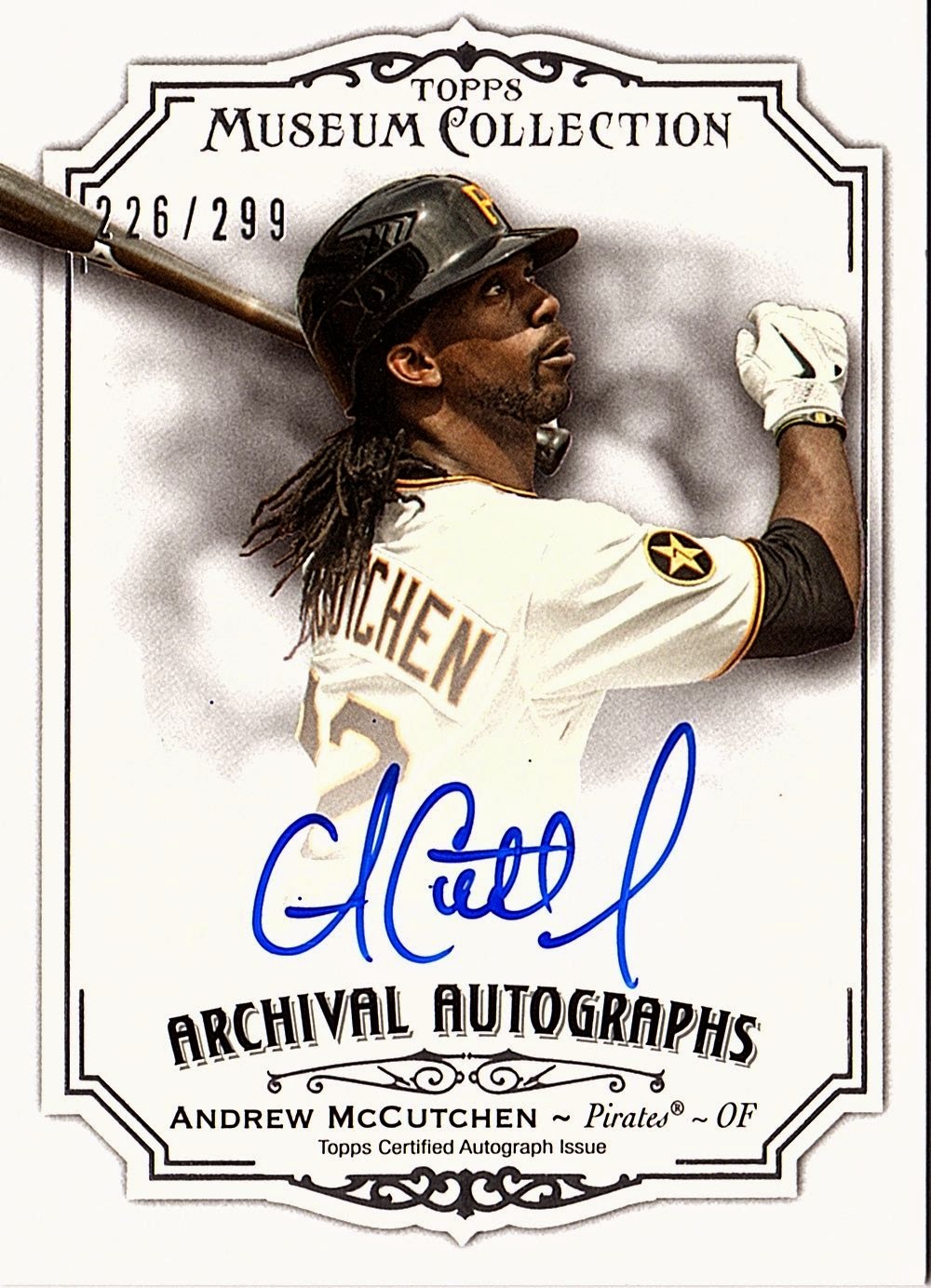 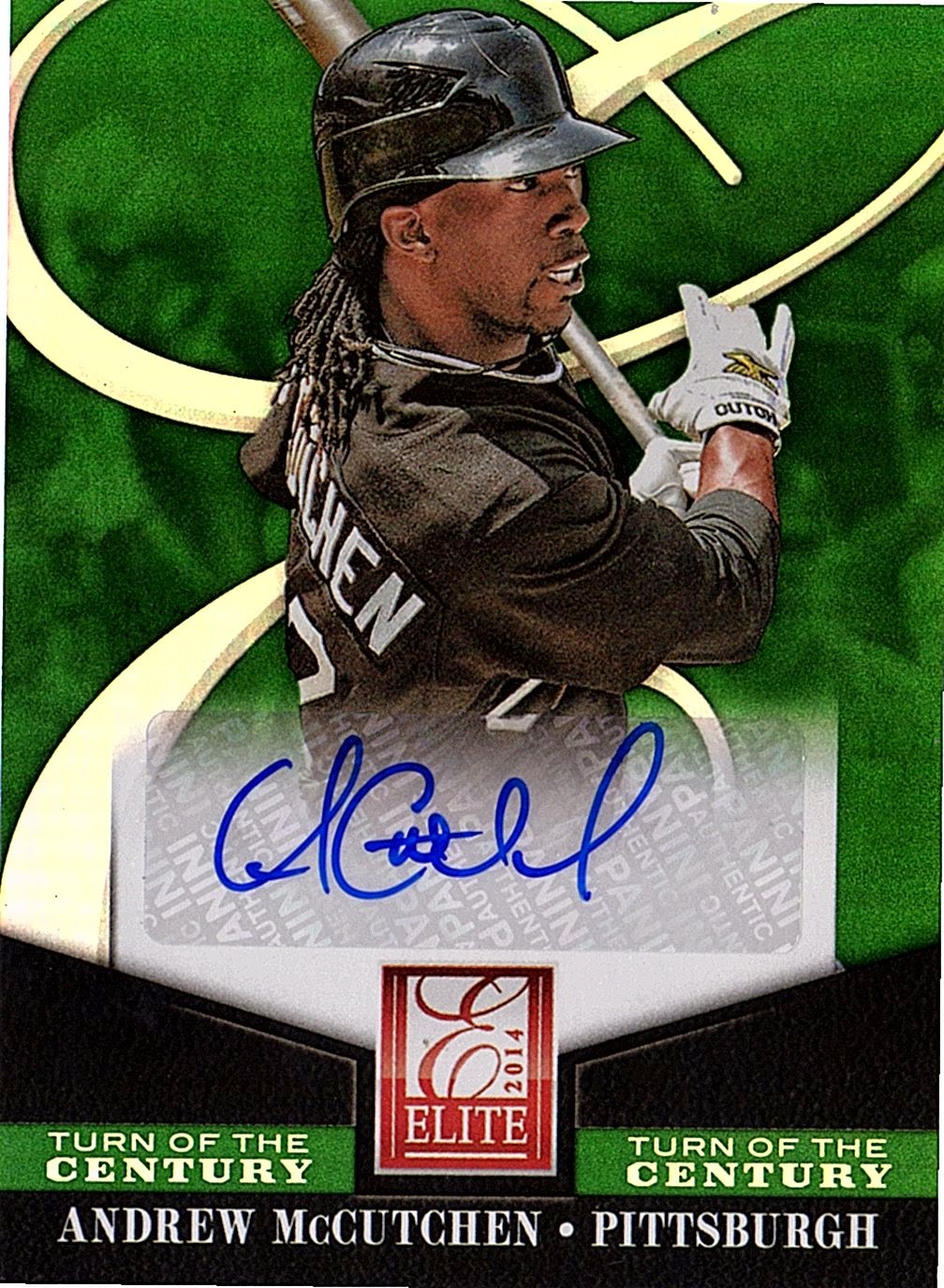 This is the newest auto I have, although it was probably signed a few years back since it is a sticker. It has been a while since Andrew has singed anything on card.

Kind of neat to see how things change as a guy gets more popular. Time permitting I would like to do this with some of the other Pirates.

Posted by BobWalkthePlank at 5:21 PM