Extreme Trading: Too Many Verlanders Edition

Dennis from Too Many Verlanders and I have been playing a game of extreme trading. We have been swapping Miguel Cabrera autos, vintage cut autos and Dave Parker rookies just to name a few all with the aim of trying to outdo the other. It has been fun to say the least.

Last month I hit Dennis with a second Cabrera auto. The return shot from Dennis definitely had the wow factor. 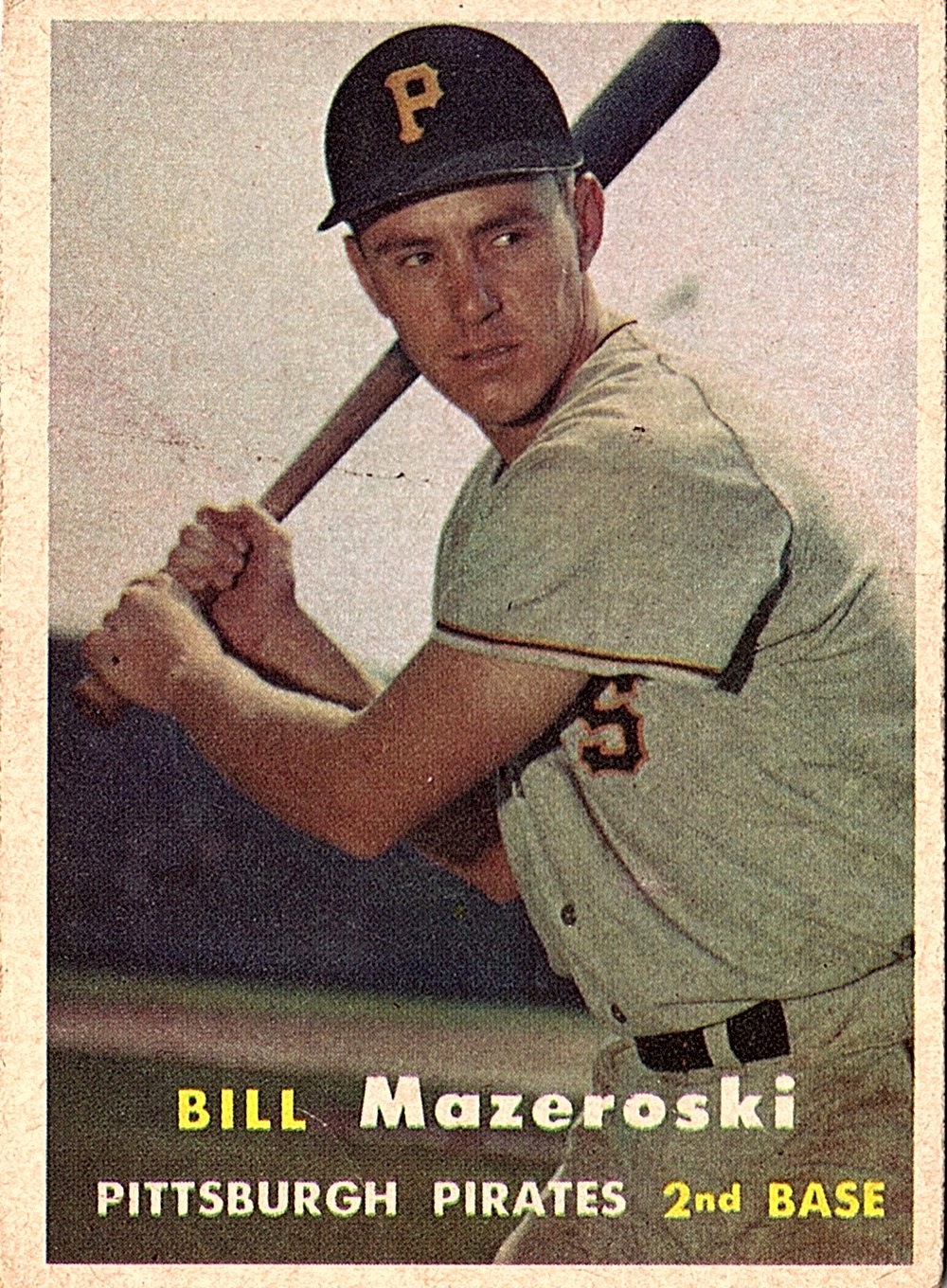 Dennis wasn't messing around. He got things started off with a bang by sending me this Maz rookie that is in fair shape. I told you this was extreme trading. 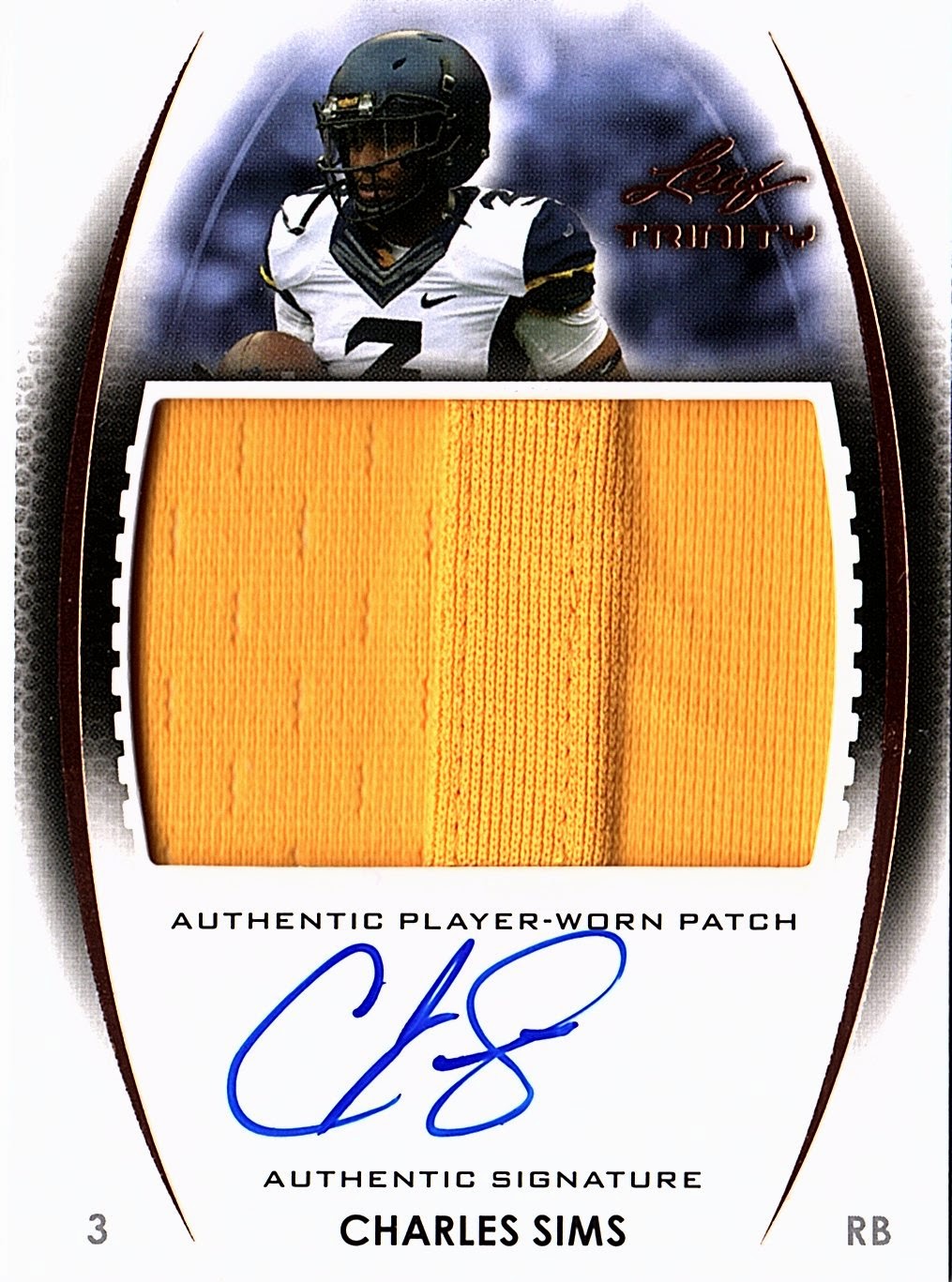 Dennis and I have a common bond in that we both heavily collect a baseball team and a college. Charles Sims only played one year at WVU, but it was a really good year. He was drafted in the 3rd last year by the Bucs and saw significant playing time after recovering from a major ankle injury. 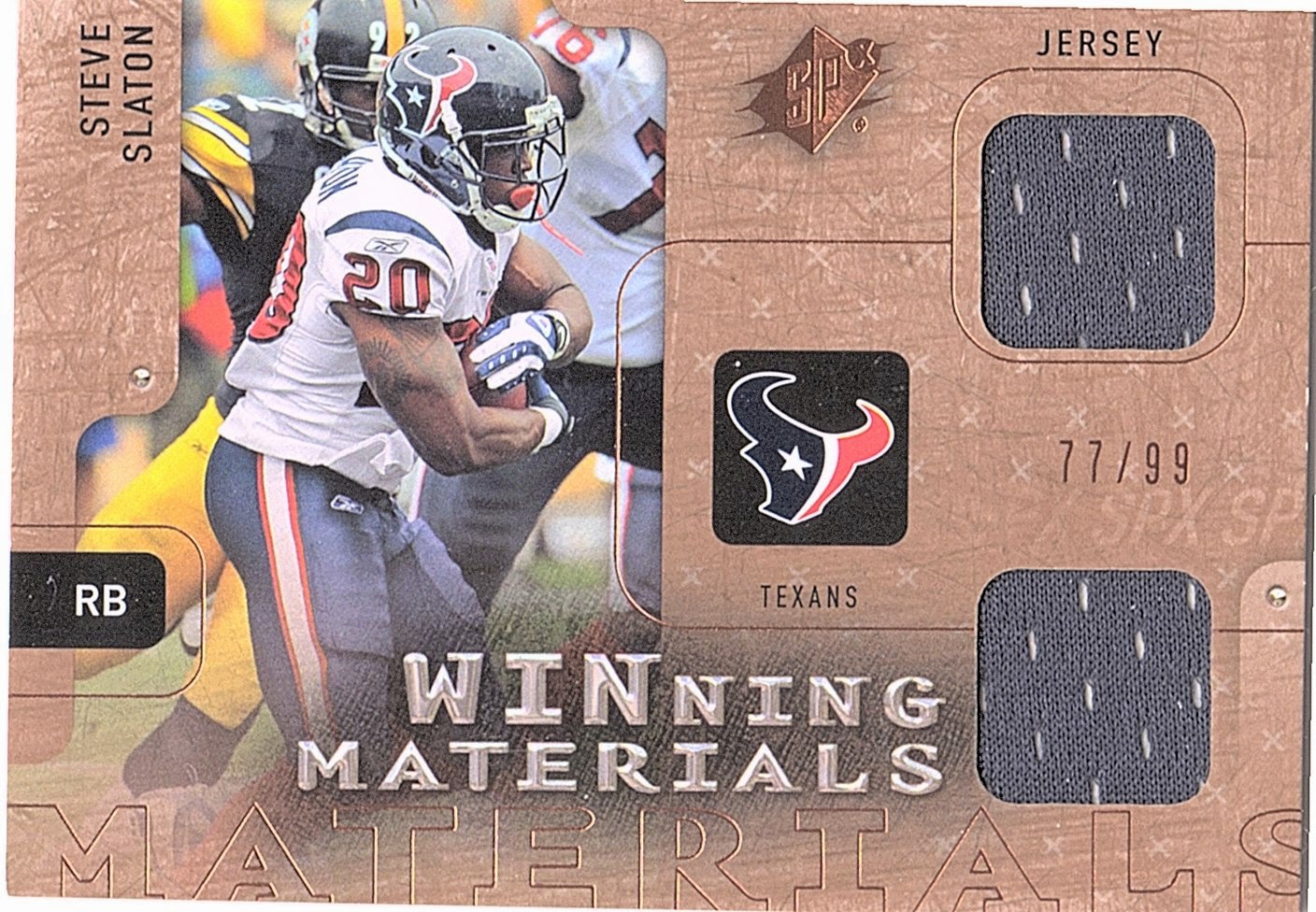 I have a really large Slaton collection so it is getting harder and harder to find cards I don't have. Extra cool that Dennis found this /99 jersey. 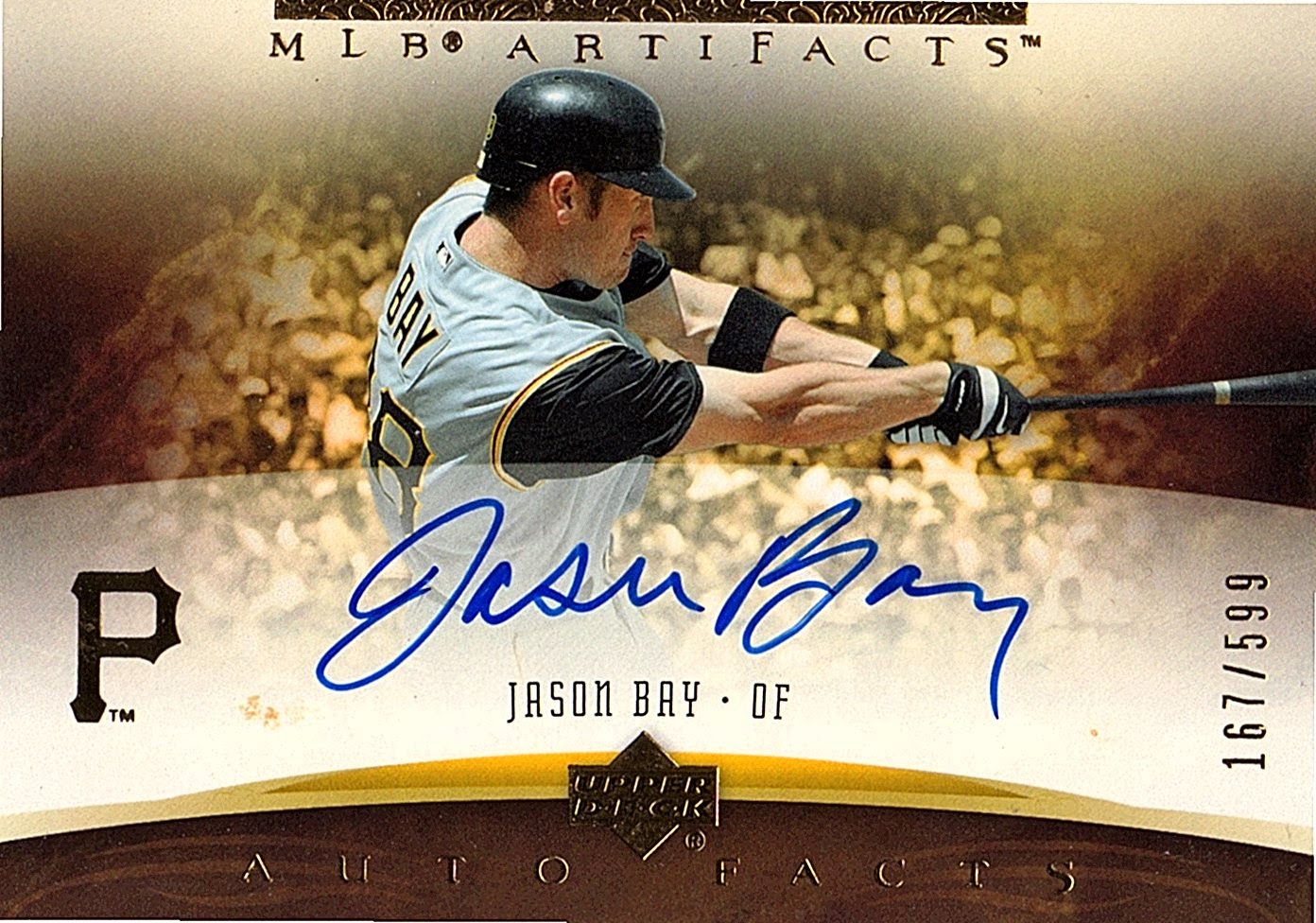 I really liked these Artifacts autos. Beautiful on card auto of one of my all time favoirtes. 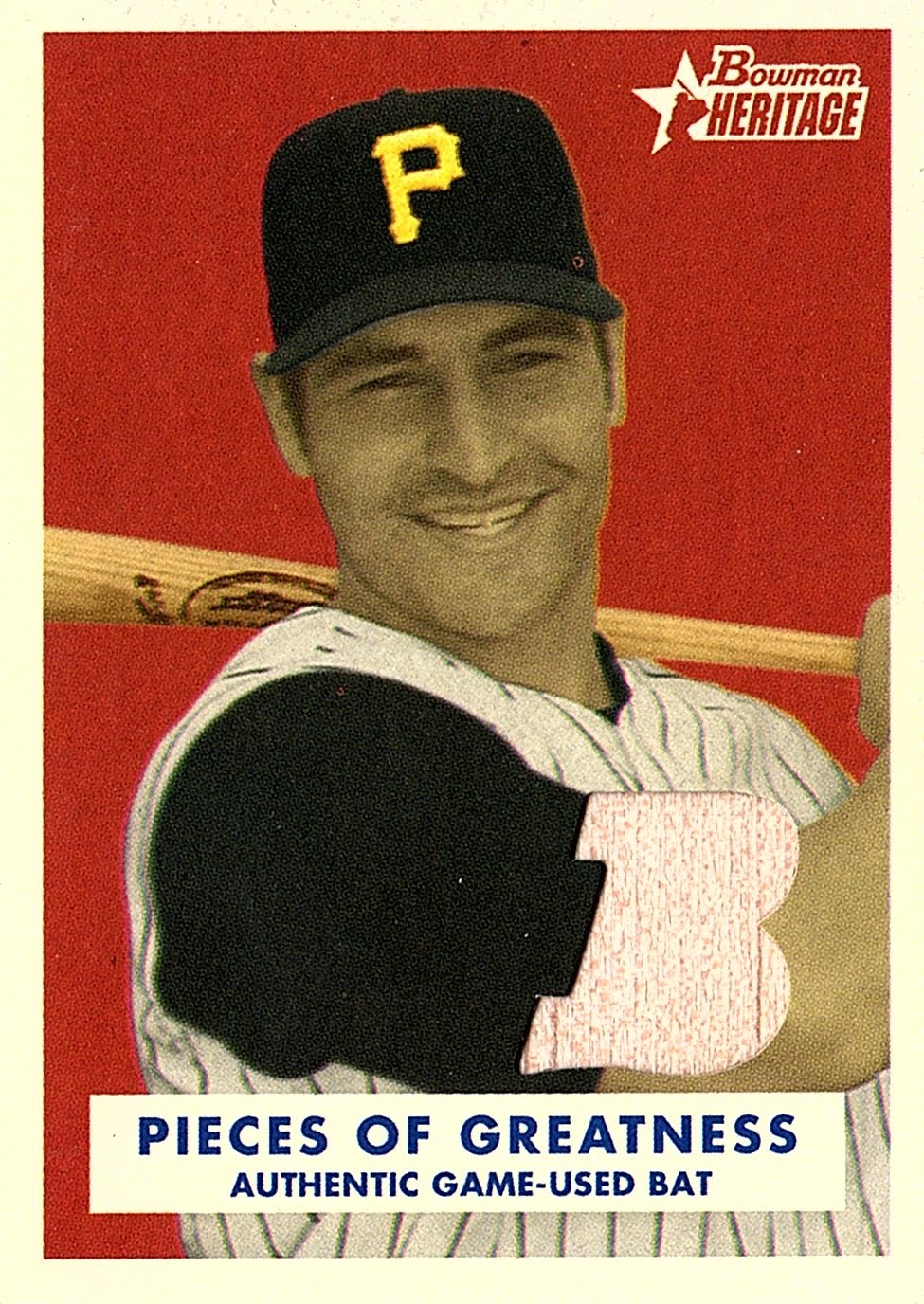 The Pirates got the best year of Xavier Nady's career and sold high to the Yankees. Nady didn't have many Pirate relics so it is always nice to add one. 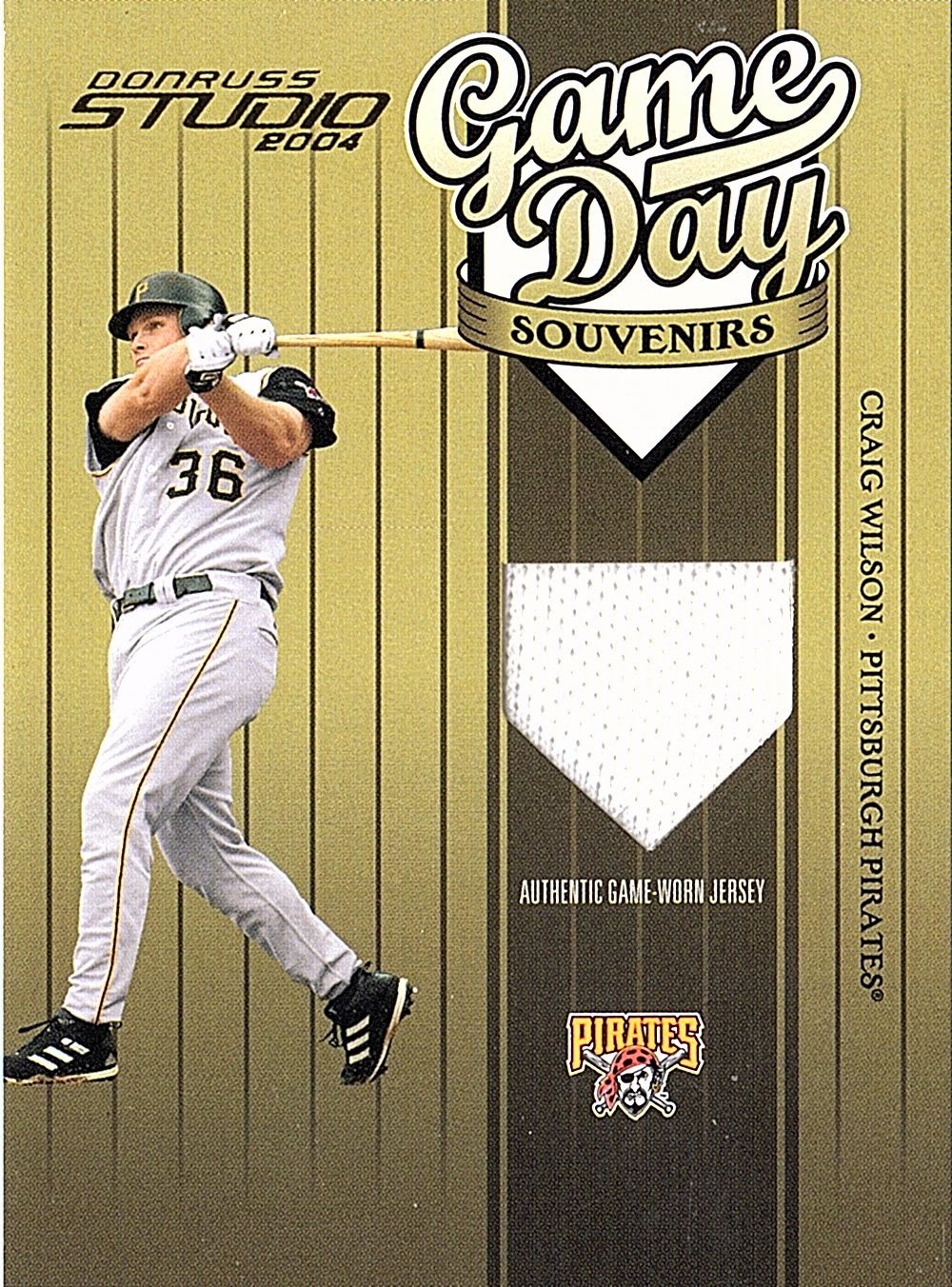 I've talked about Craig Wilson before as he was one of those unsung heroes. The Pirates just never played him enough during his tenure. In today's game he would have been sought after because he was a high obp guy that could play multiple positions. He was also a great pinch hitter. 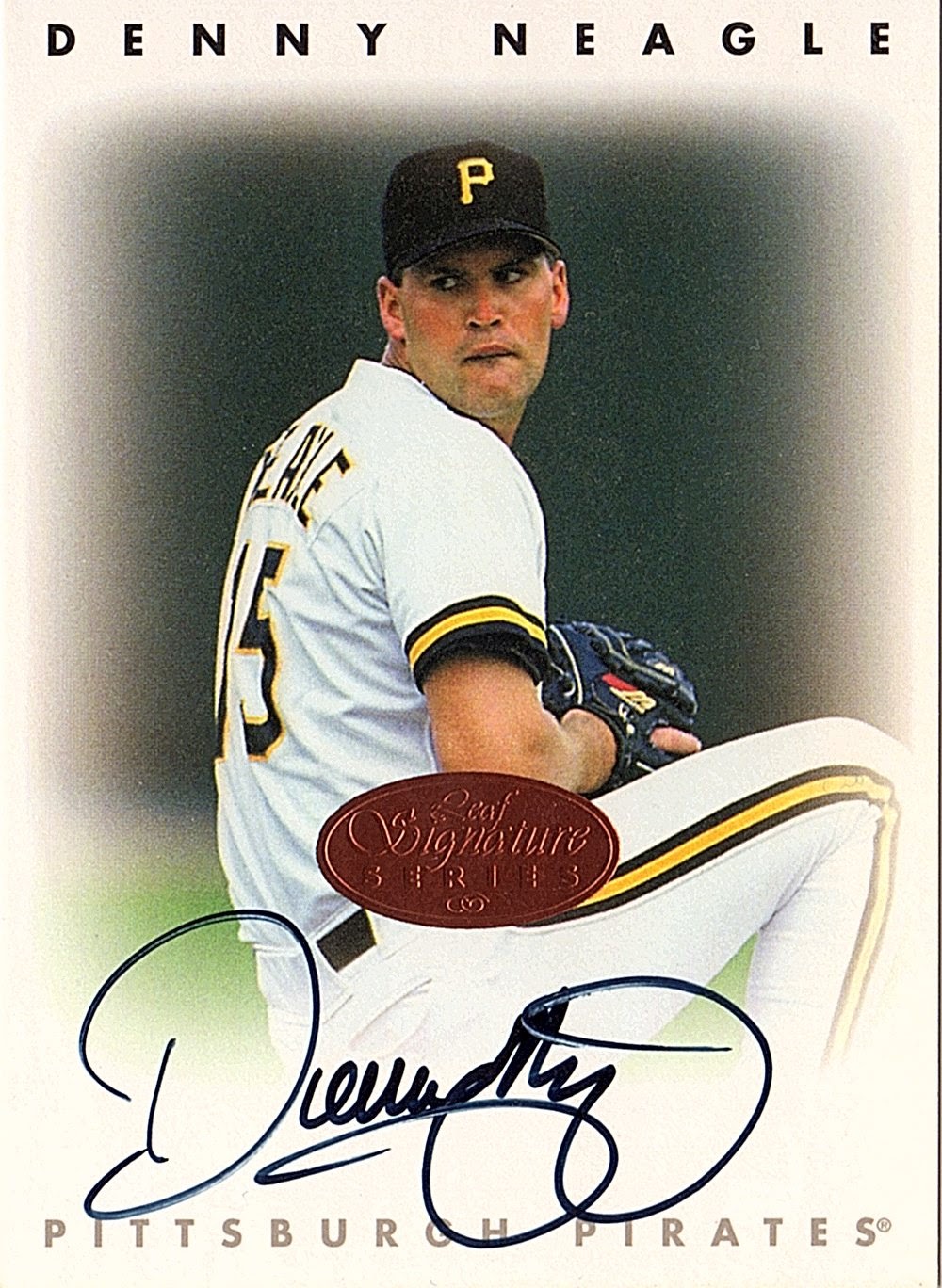 I love the simplicity of the Leaf Signature autos. 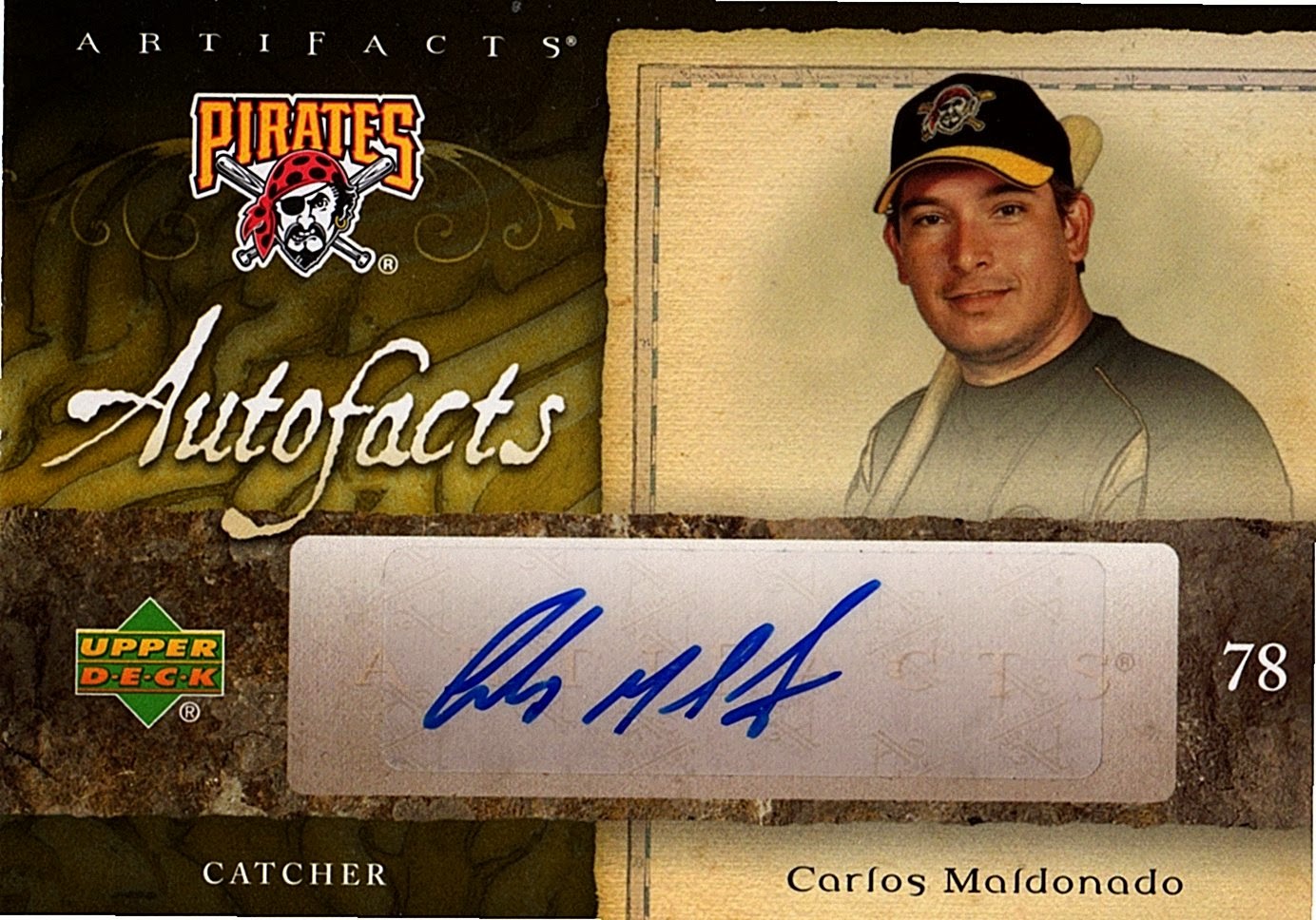 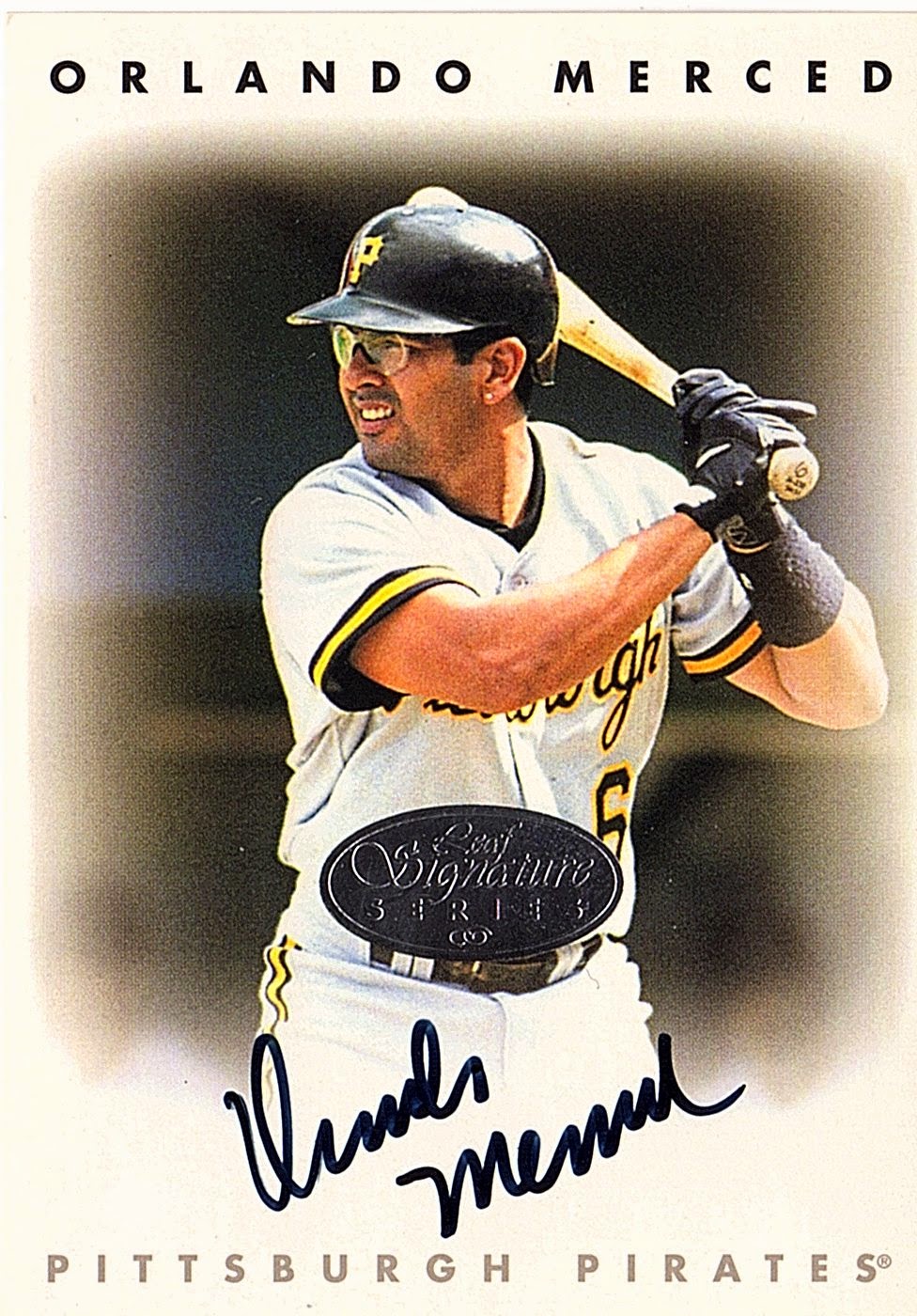 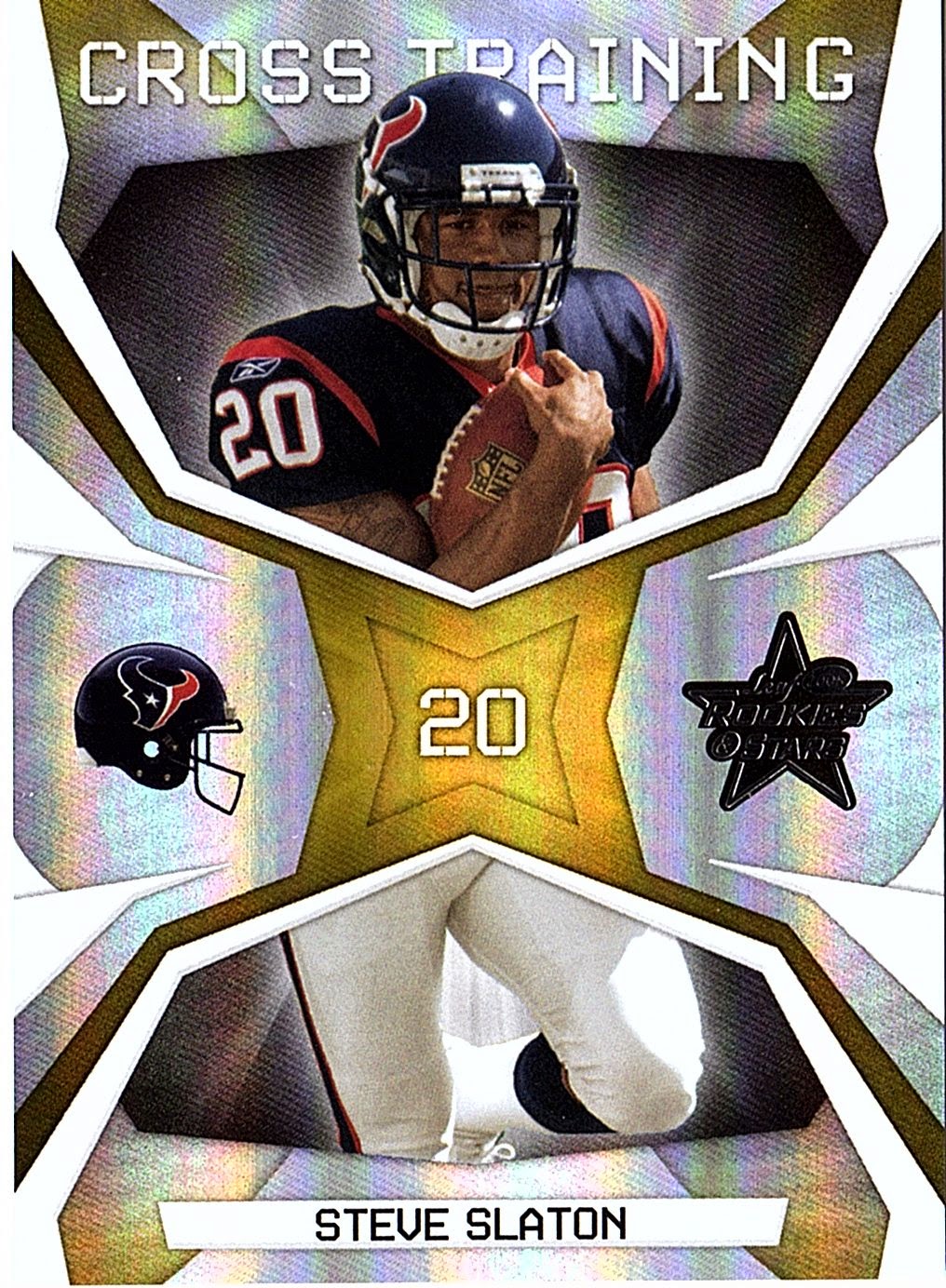 Parallel of Slaton from Leaf Rookies and Stars /500 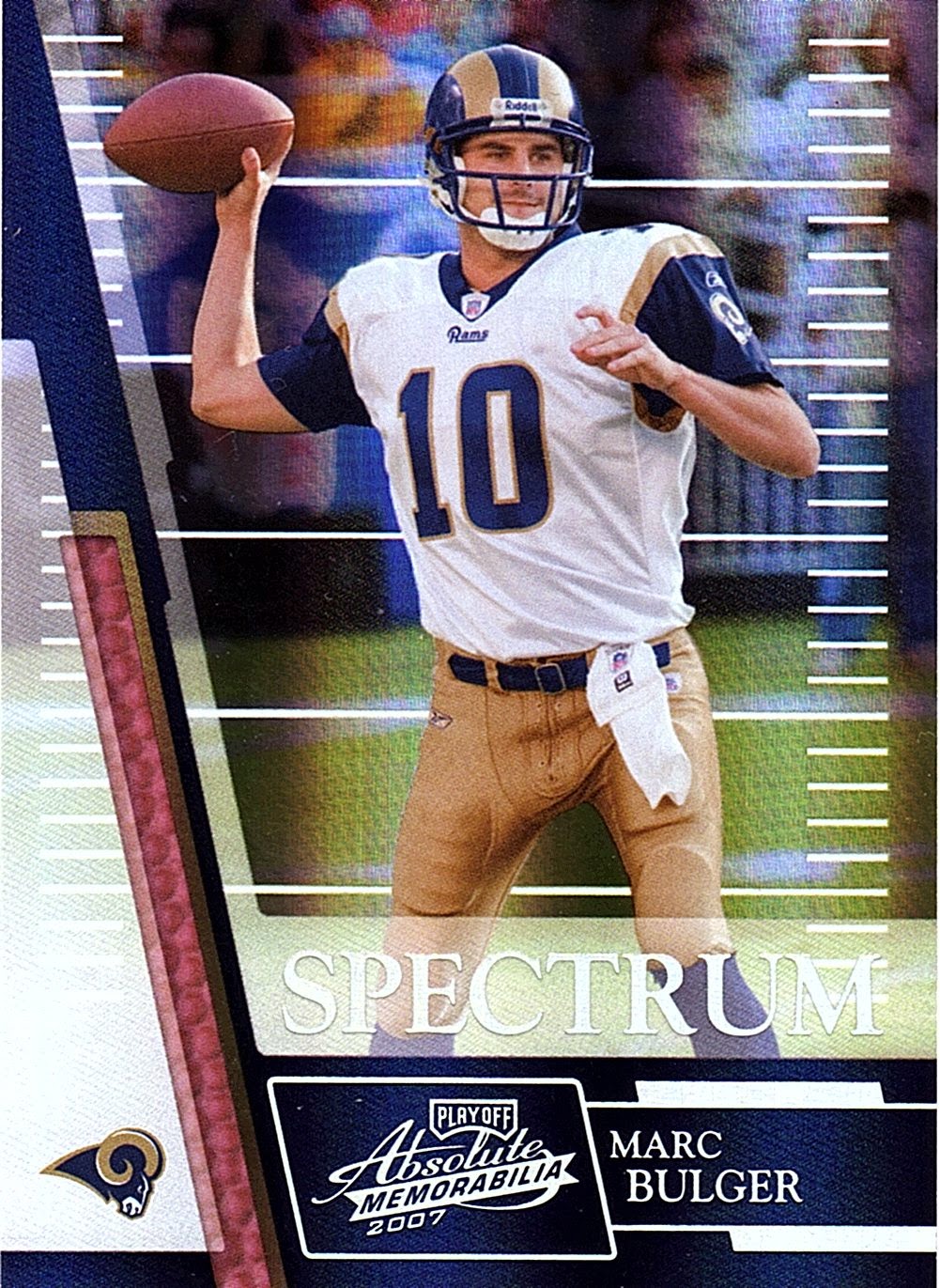 I was a huge fan of Bulger when he played at WVU. Destroyed a lot of the passing records while he was in school. Geno Smith would pass all of them under Dana Holgorson's spread offense. 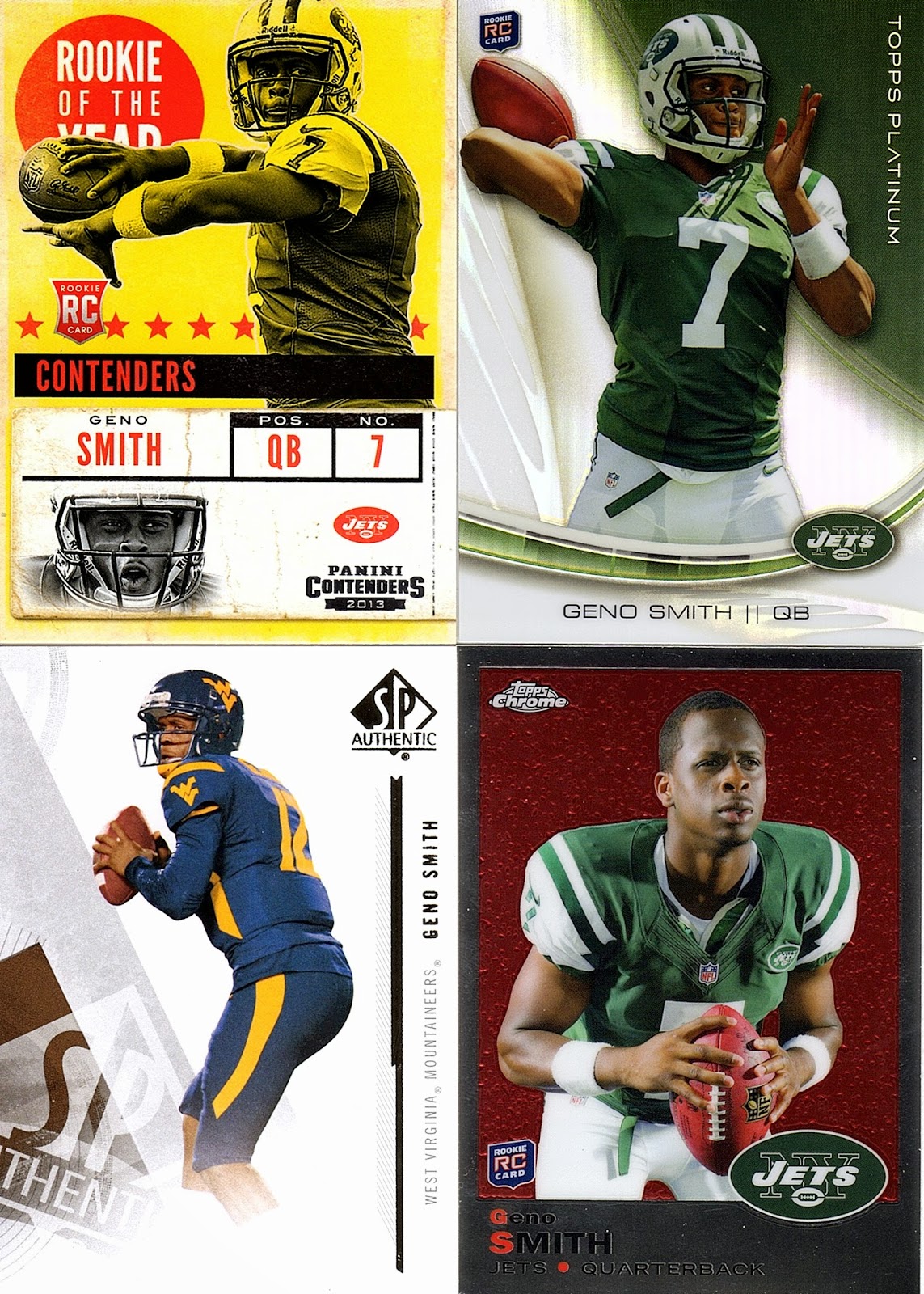 I'm still pissed the Jets picked Geno. Probably the worst case scenario as the Jets had no supporting cast to help Geno. I have this dream that Geno would get traded to the Rams and be reunited with Tavon Austin and Stedman Bailey. 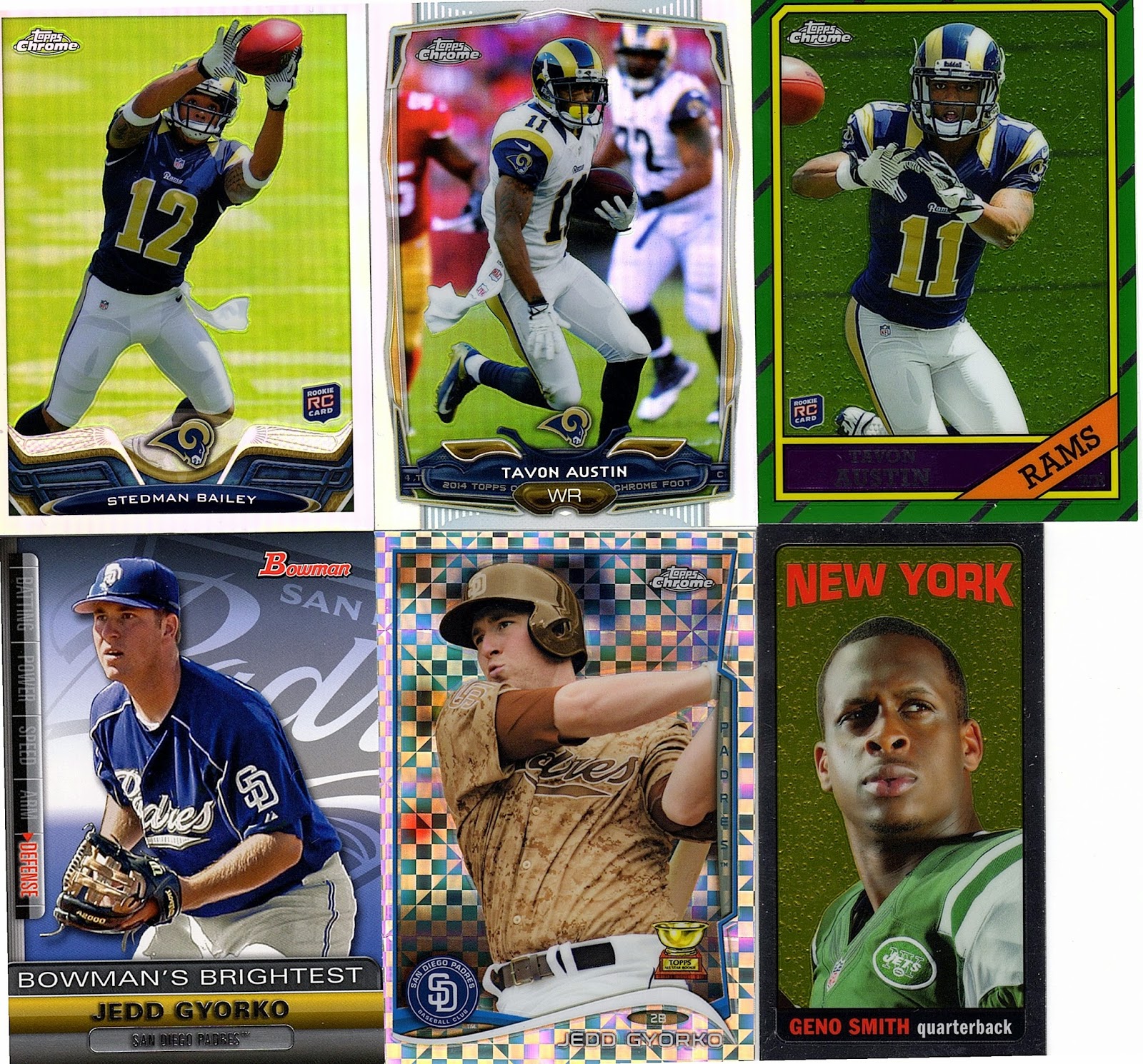 More WVU including some cool Gyorko's. Expecting a nice rebound from Jedd as he lost a good part of last year to injuries. He won't have as much pressure this year to be a run producer since the Padres decided to go all in by adding Upton, Kemp and Myers. 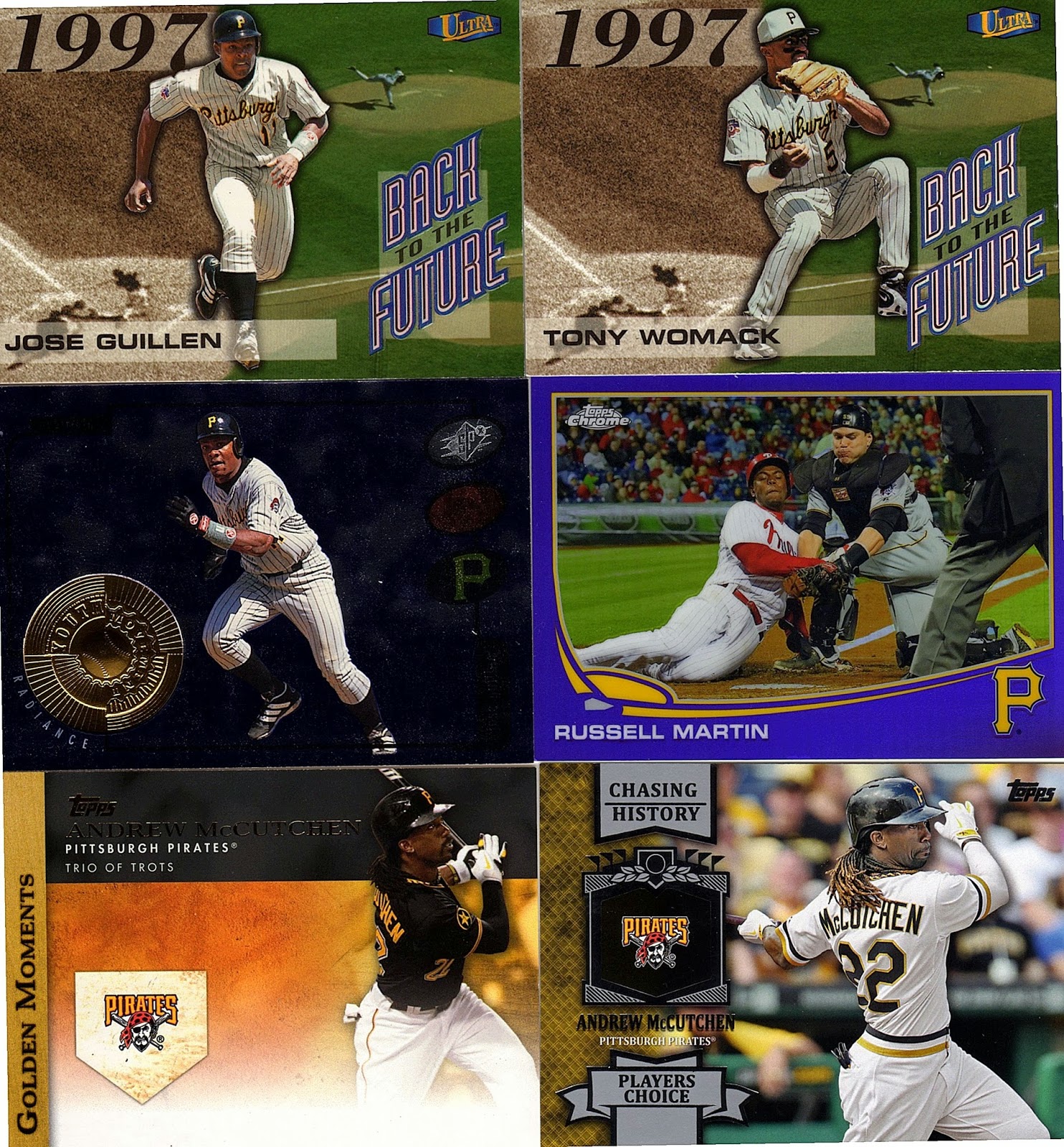 A huge mix of Pirate inserts and parallels to close things out. I think the Jose Guillen was my favorite. It was numbered to 10,000!

Our trades were getting so big that Dennis and I have decided to scale them back down to more manageable sizes. Our battles will continue but you can only trade high end vintage and superstar autos so often. Maybe we'll just do every other time :)

Thanks a bunch Dennis. You really outdid yourself.

Posted by BobWalkthePlank at 9:56 PM