Last month I posted the contents of a box of 2014 Update that generated several trades. One such trade was with Nick of Dime Boxes fame. Nick and I don't really need much of an excuse to swap back and forth as we have been swapping blindly for quite a while, but this was made easy. Not long after I sent off the desired cards I received a nice pwe full of great Buccos. 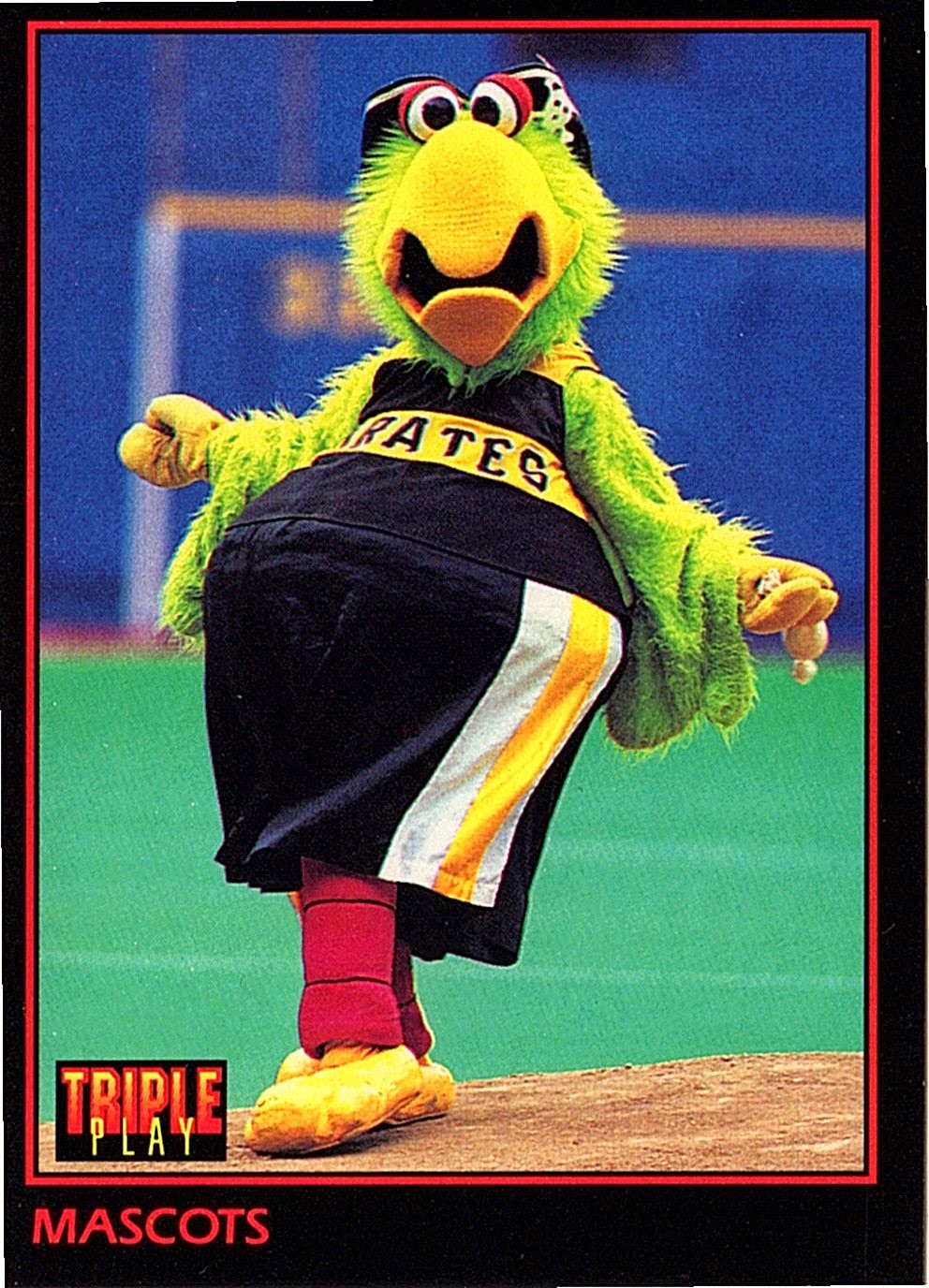 Who doesn't love mascot cards. I always love when these come in trade packages. One of my favorite stories about the Parrot actually happened somewhat recently in 2011.  I went to a game with one of my friends who has a bit of a temper. About halfway through the game the Parrot was in my section holding a gigantic squirt gun. Long story short my buddy took a good shot of water right in the manhood area. I had to talk him down from destroying the Parrot. It didn't help that the whole time I was laughing my ass off. Funny thing is that same friend hasn't been to a game with me since. 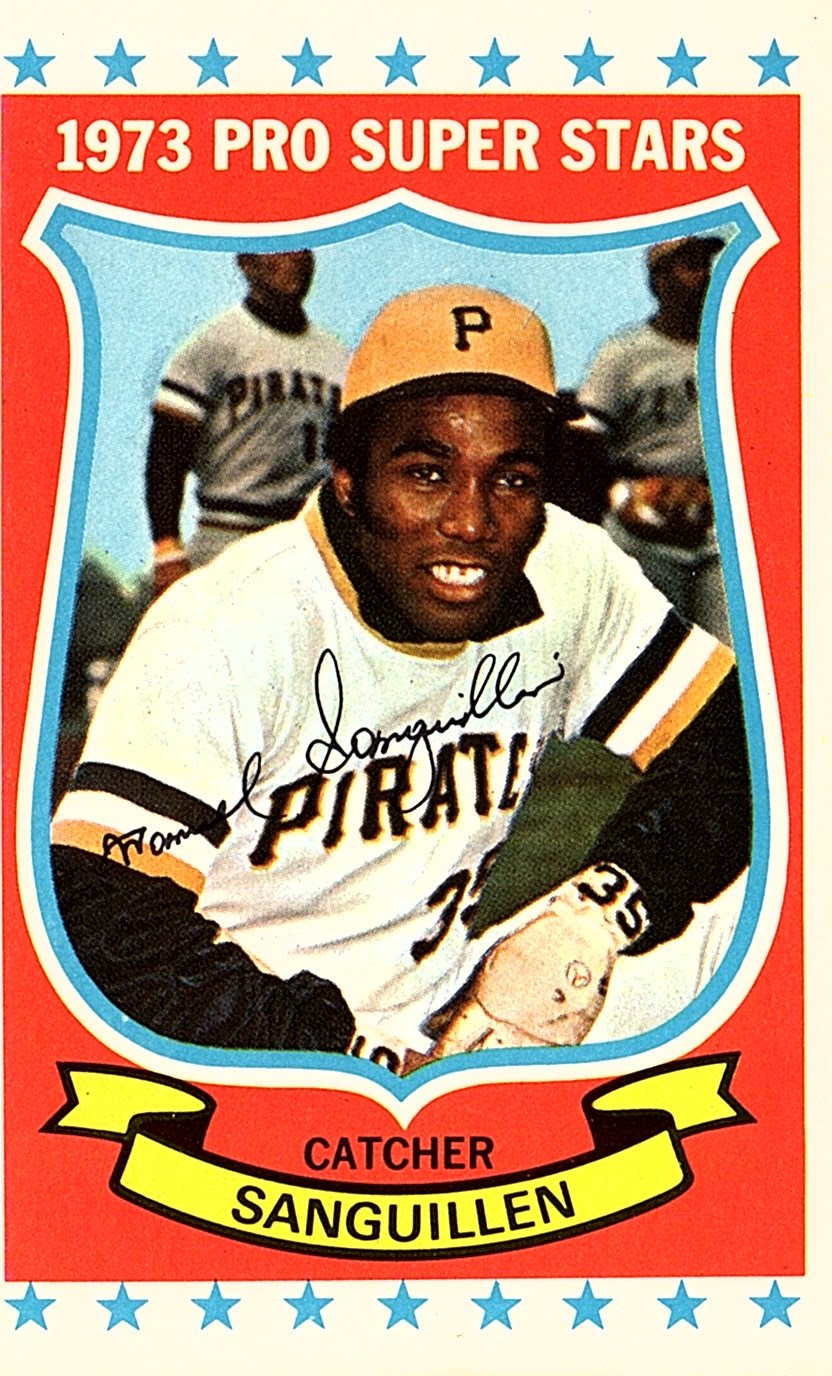 Manny is always smiling. Impossible not to love the former Bucco catcher. 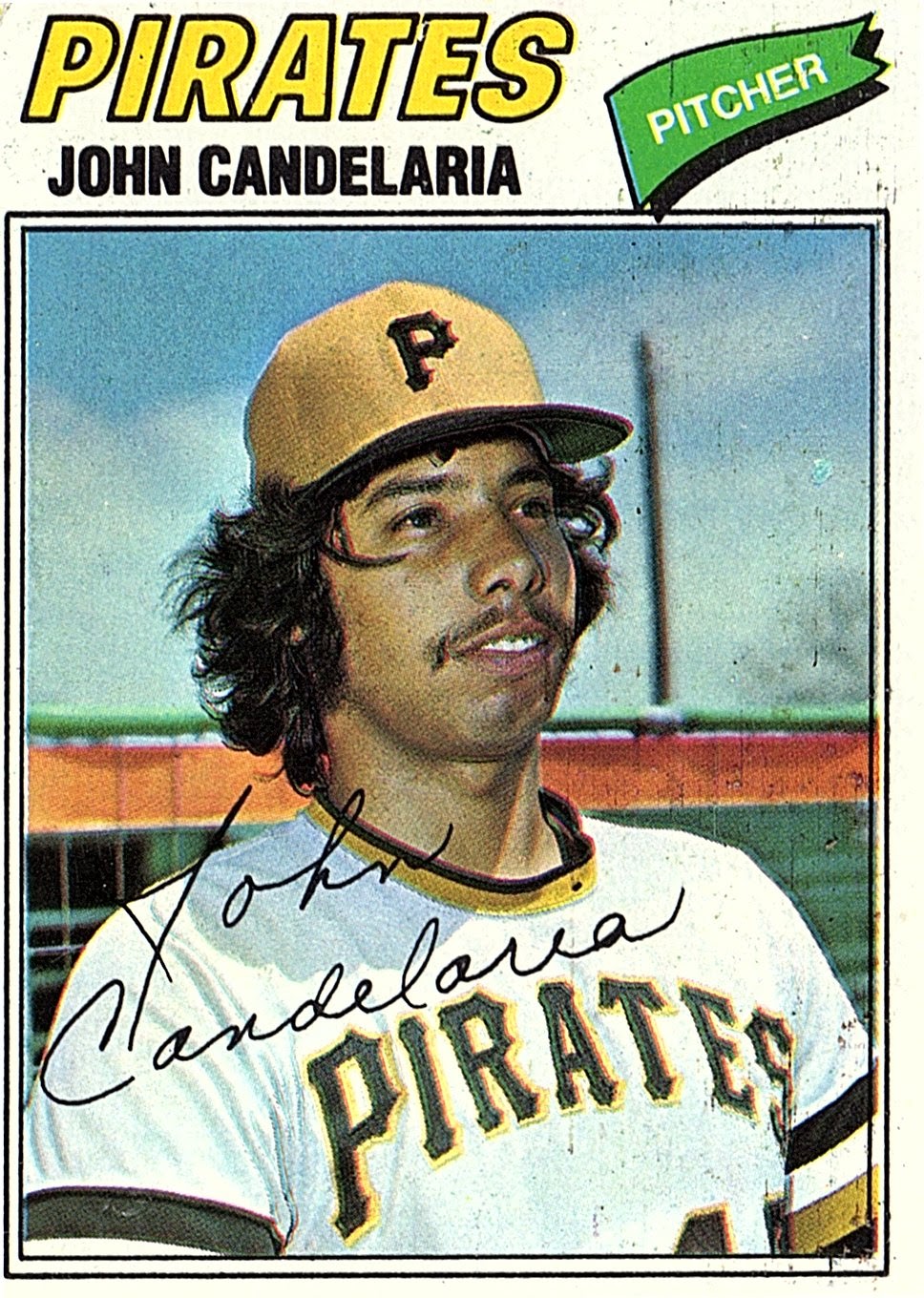 Sometimes I feel like Bob Walk continued where the Candy Man left off. Long flowing hair and a good mustache!

I love SSPC cards. When I first started the blog I only had a few.  Now I'm sure I can fill a good chunk of a binder. 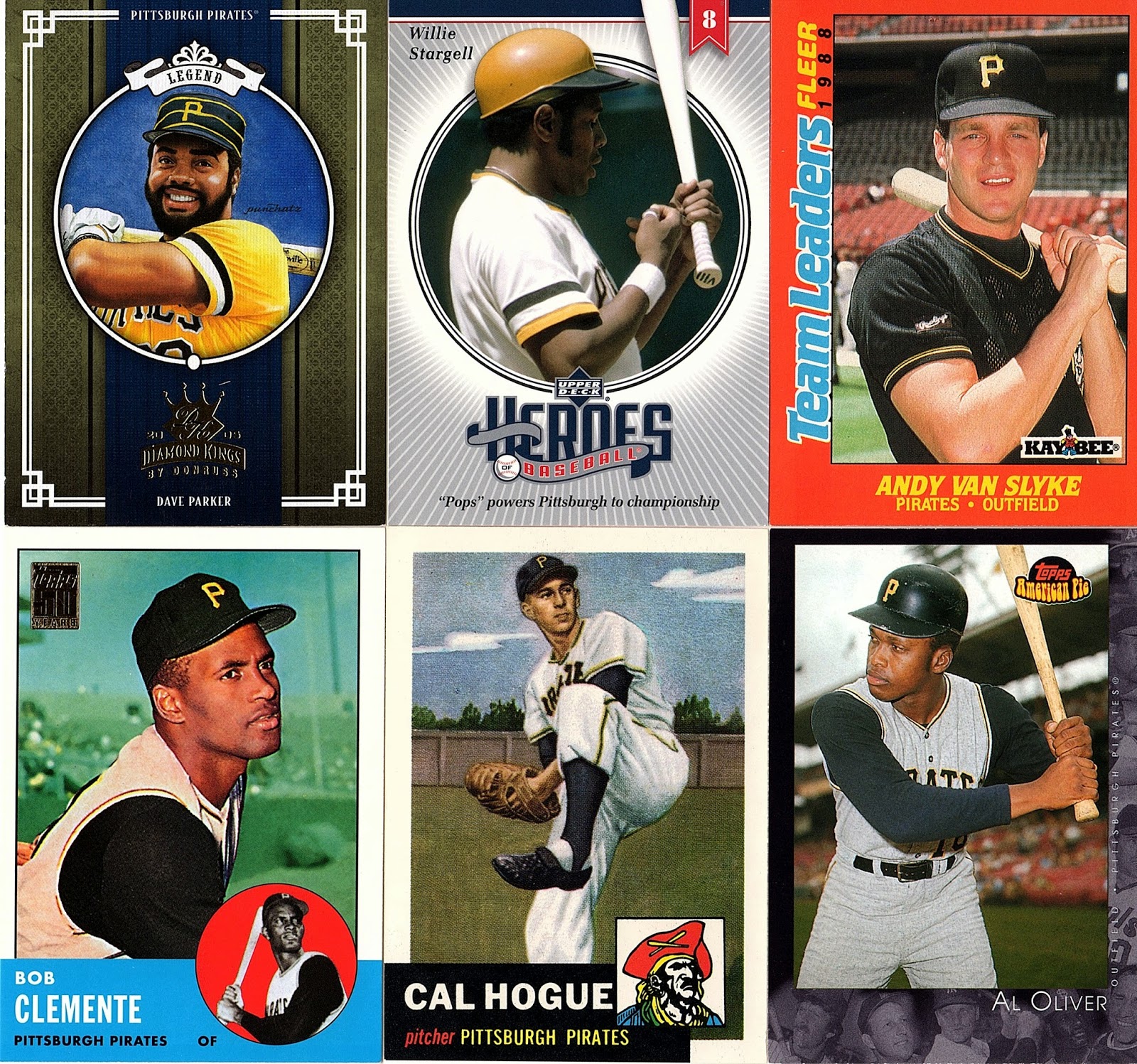 2005 Diamond Kings was kind of a love or hate set. I personally loved it because it had a ton of Pirates. 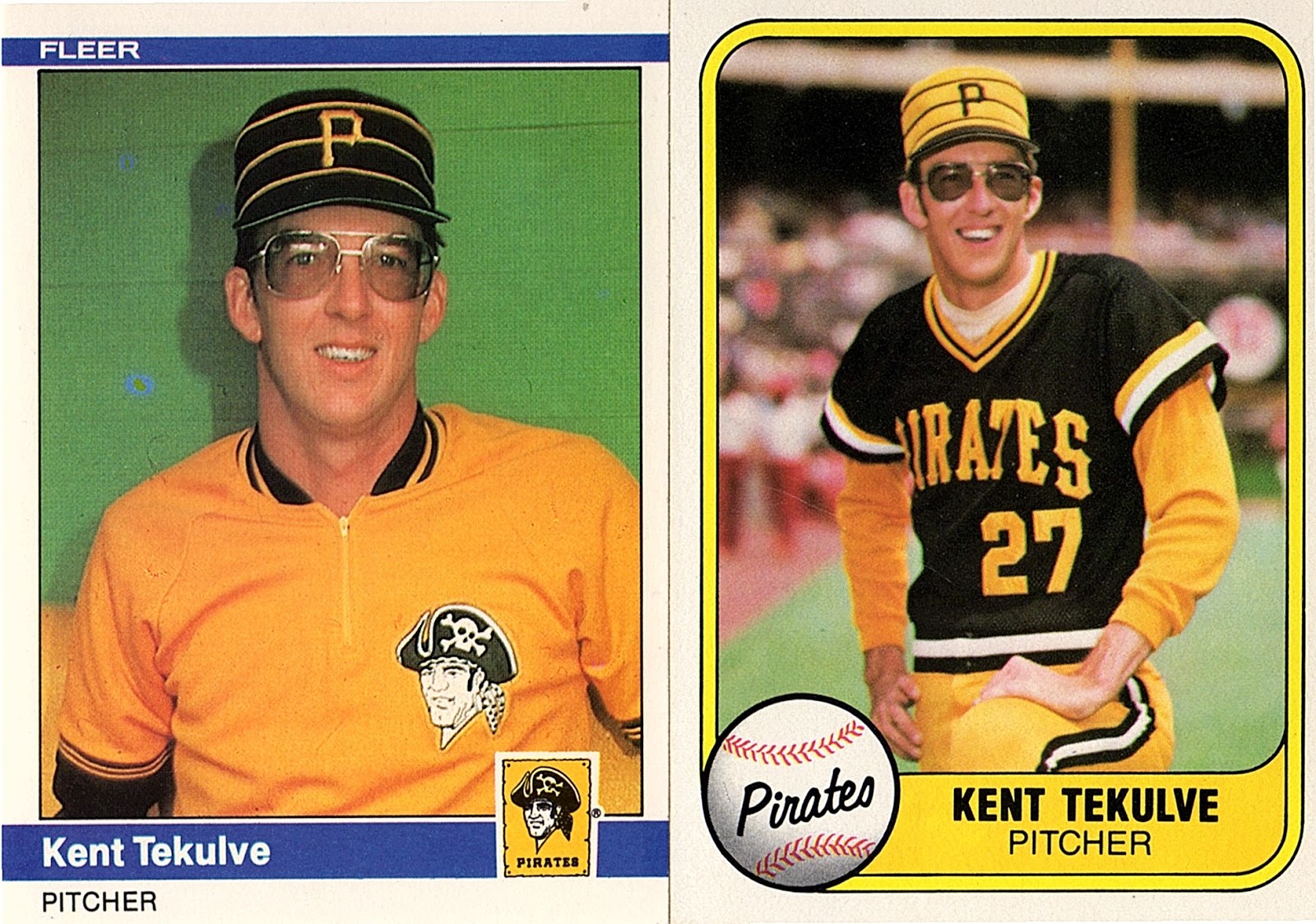 Teke had his own look, that is an obvious fact. From his unique delivery to the thick black glasses he was one of the most recognizable players in the late 70's early 80's. The guy has some great cards. Nick was nice enough to throw in two great examples.

Thanks for the swap Nick. I hope you enjoyed the Update cards !

Posted by BobWalkthePlank at 4:48 PM