Jim from GCRL and I are bombing each others mailbox at a vigorous pace. I got Jim with a Garvey auto last time, but he was not to be outdone.

No player is more prevalent in my Pirates collection than Jason Bay. So in turn it makes it hard to find something I don't have. I still frequently search eBay for stragglers but I probably only accumulate 3 or 4 new Bays a year. Jim was nice enough to chalk another one up for me. 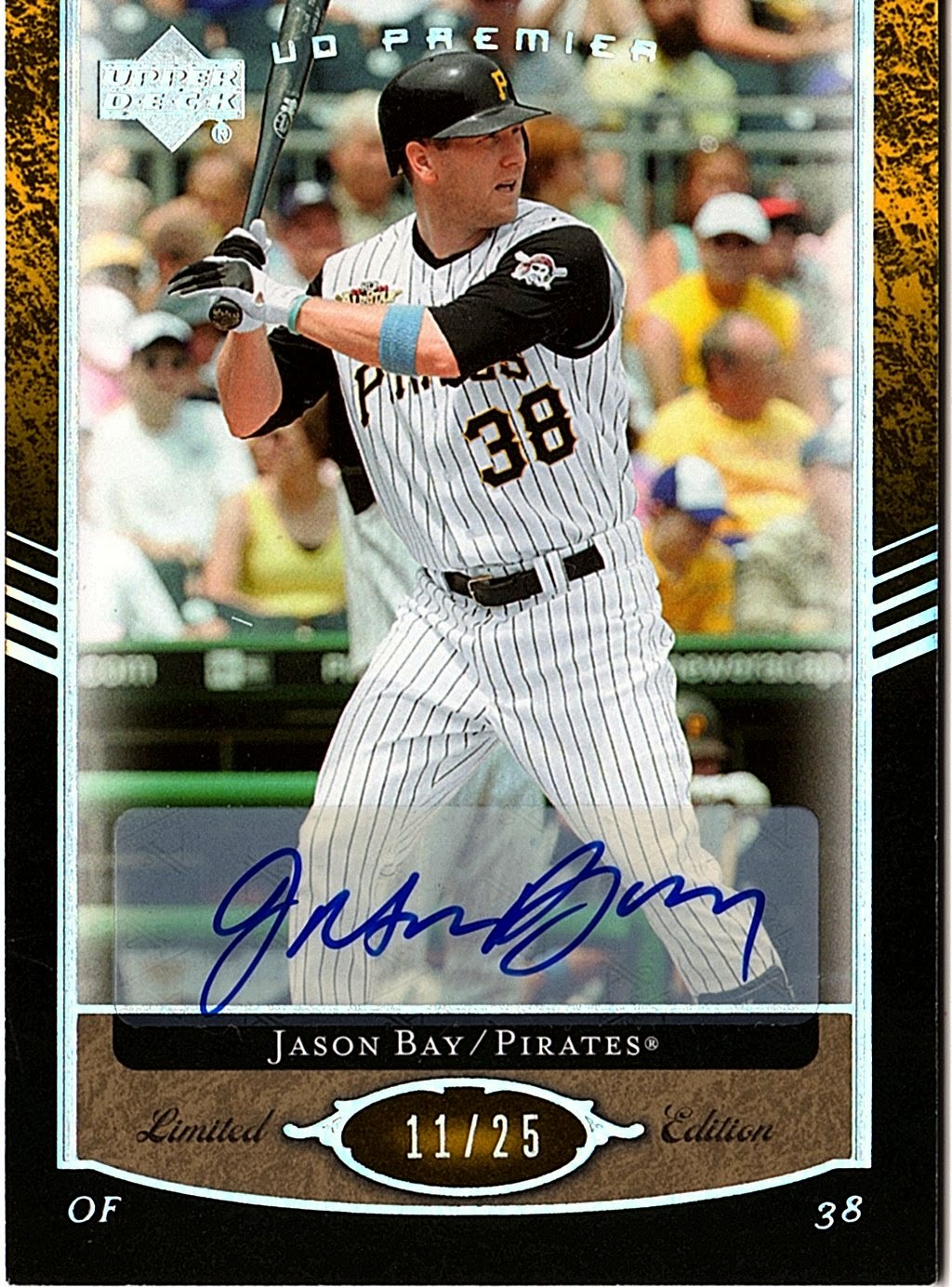 I really thought I had this card, but after some digging I mistook it for another UD product. This beauty comes from 2007 UD Premier. Thanks for finding this one Jim. The high end Bay stuff doesn't pop up much on eBay anymore so it was nice to get one in trade. 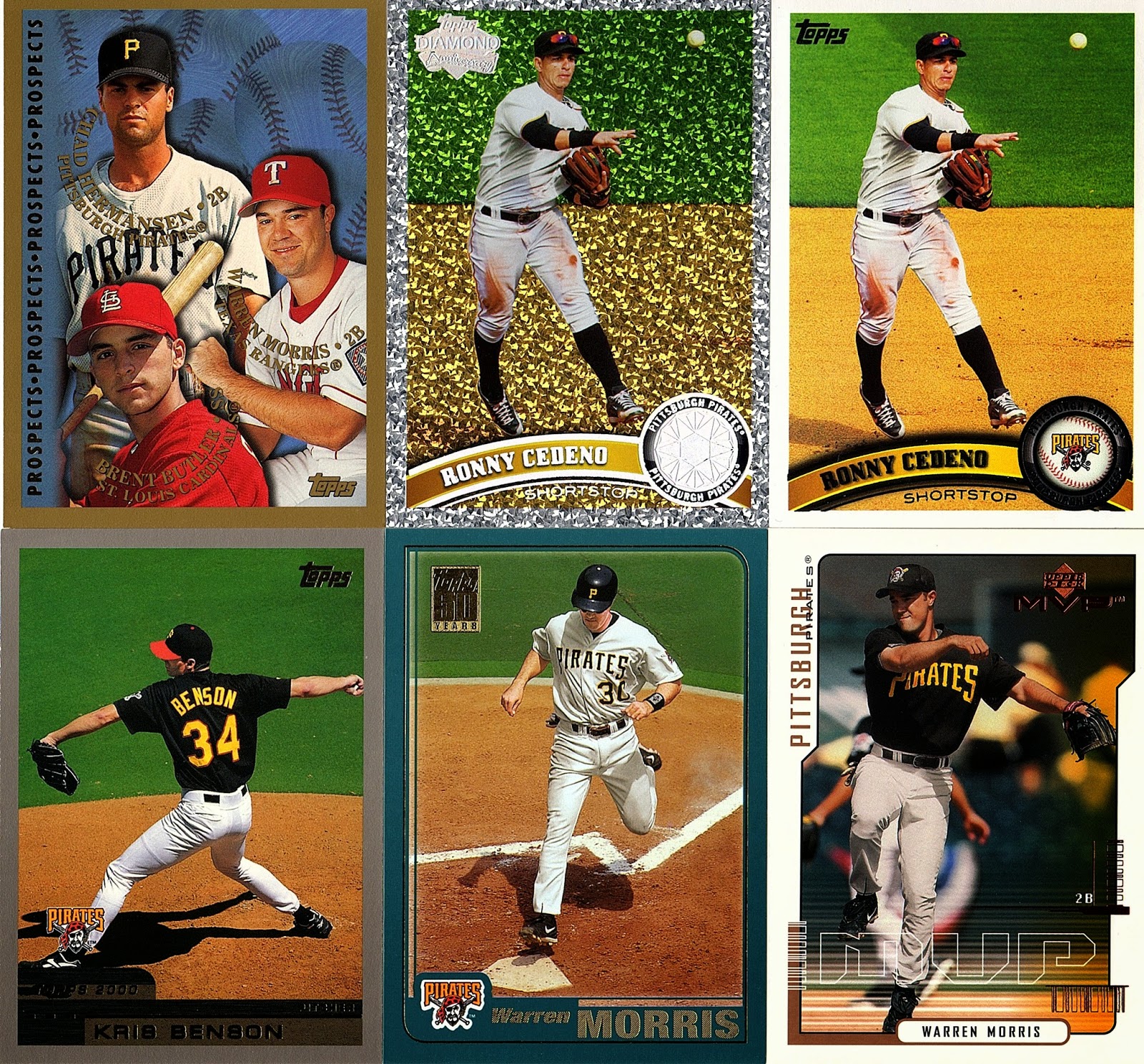 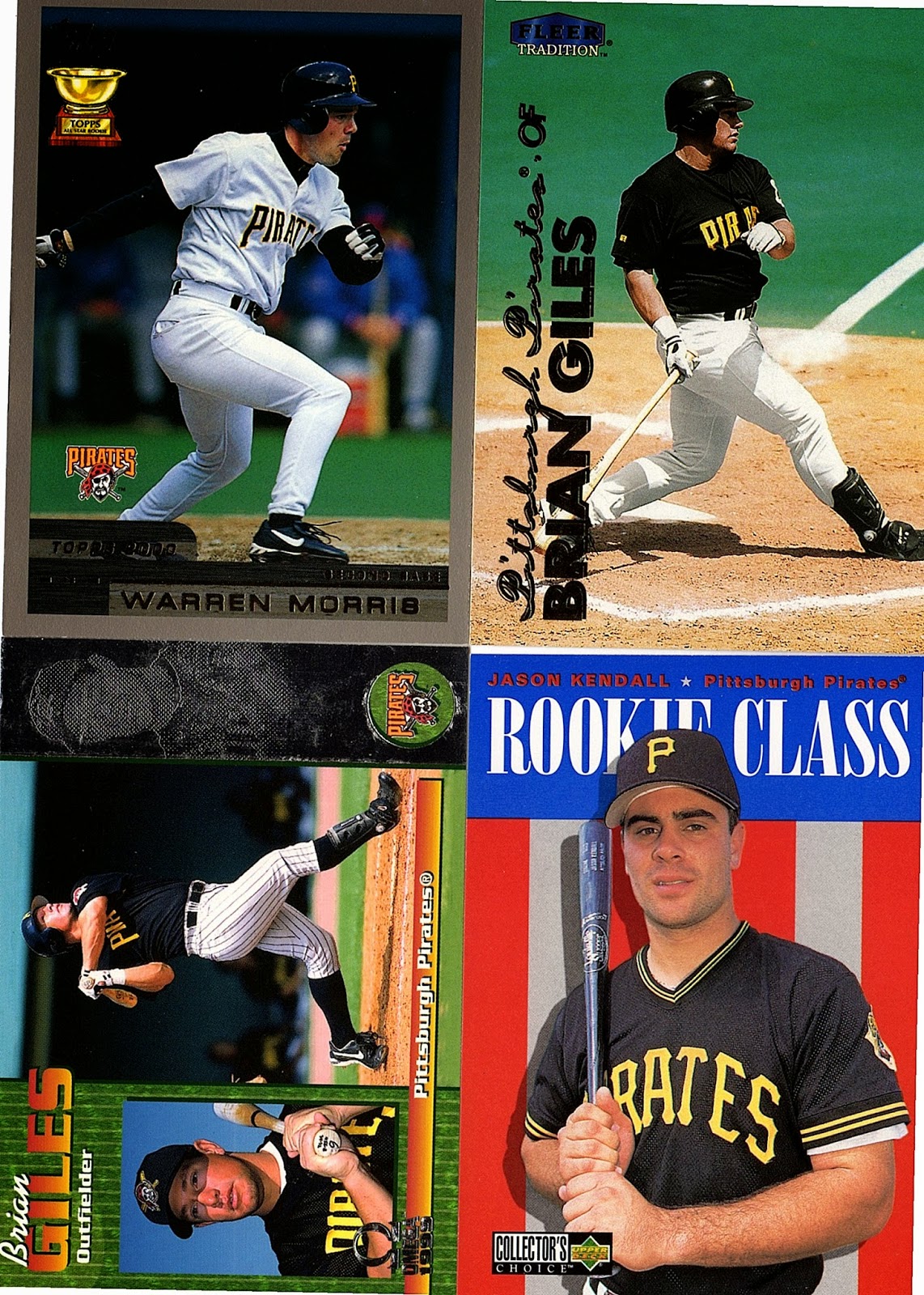 Jim was nice enough to throw in a bunch of extras including a nice Yogi/Dale Berra card and a patriotic Jason Kendall rookie.

The Warren Morris cards reminded me how much promise he had. He had a great rookie season with the Bucs, but never could duplicate the numbers. It's amazing you can go from so good to bad in a matter of months.

As always thanks for the cards Jim. Looks like it is my turn. Hopefully I can find something unique for you.

Thanks for reading!
Posted by BobWalkthePlank at 9:08 PM