Tonight I was asked to participate in a team trivia night for charity at the WVU Alumni Center. I really enjoy these events as local businesses get together and donate food and drinks to raise money money for local charities. While no baseball questions were asked, my team gave a good showing and fell one question short of the semi finals.

I feel like we won either way as we got to spend more time with the donated keg! 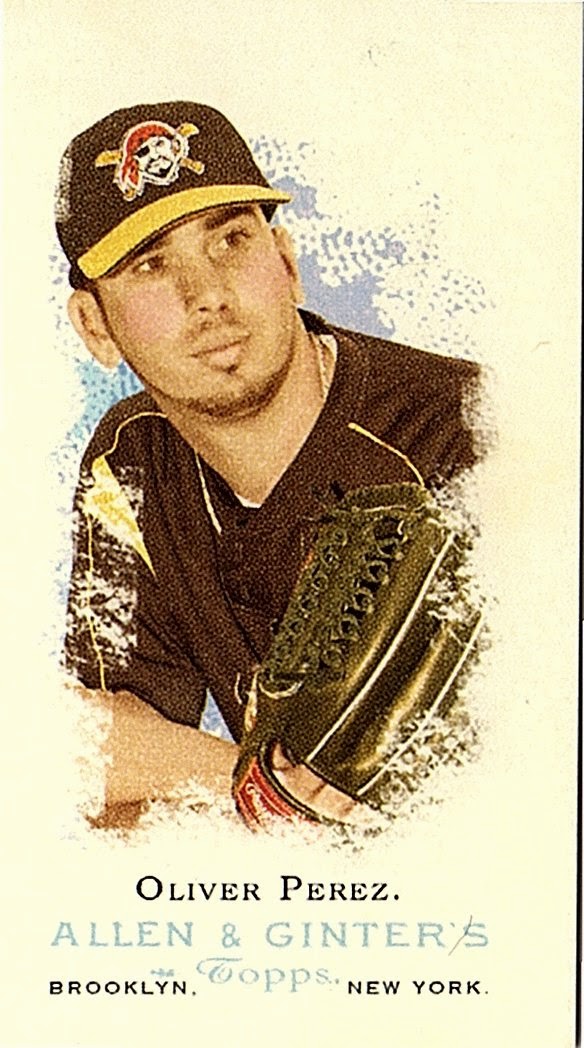 Oliver Perez is a bit of an enigma. He was part of the Brian Giles trade that sent both he and Jason Bay to the Buccos. He burst on the scene immediately, but had trouble duplicating his early success. The Mets picked him up and gave him a sizable contract after some moderate success. This proved to be a disaster and the Mets would end up eating a big portion of the contract. 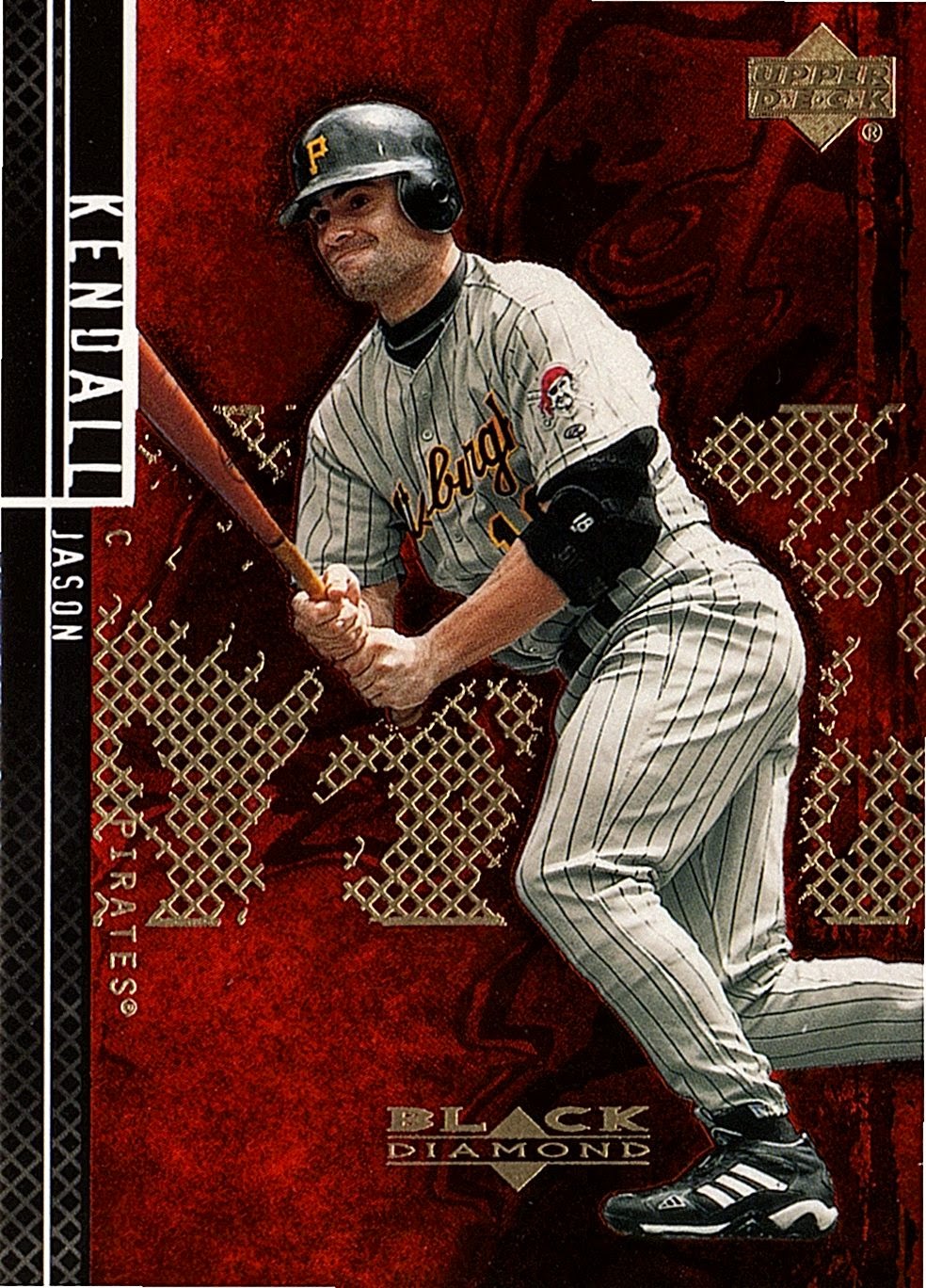 A sweet Black Diamond Kendall. You have to wonder how good Kendall could have been had he not destroyed his ankle. If you want to punish yourself Google Jason Kendall gruesome injury. 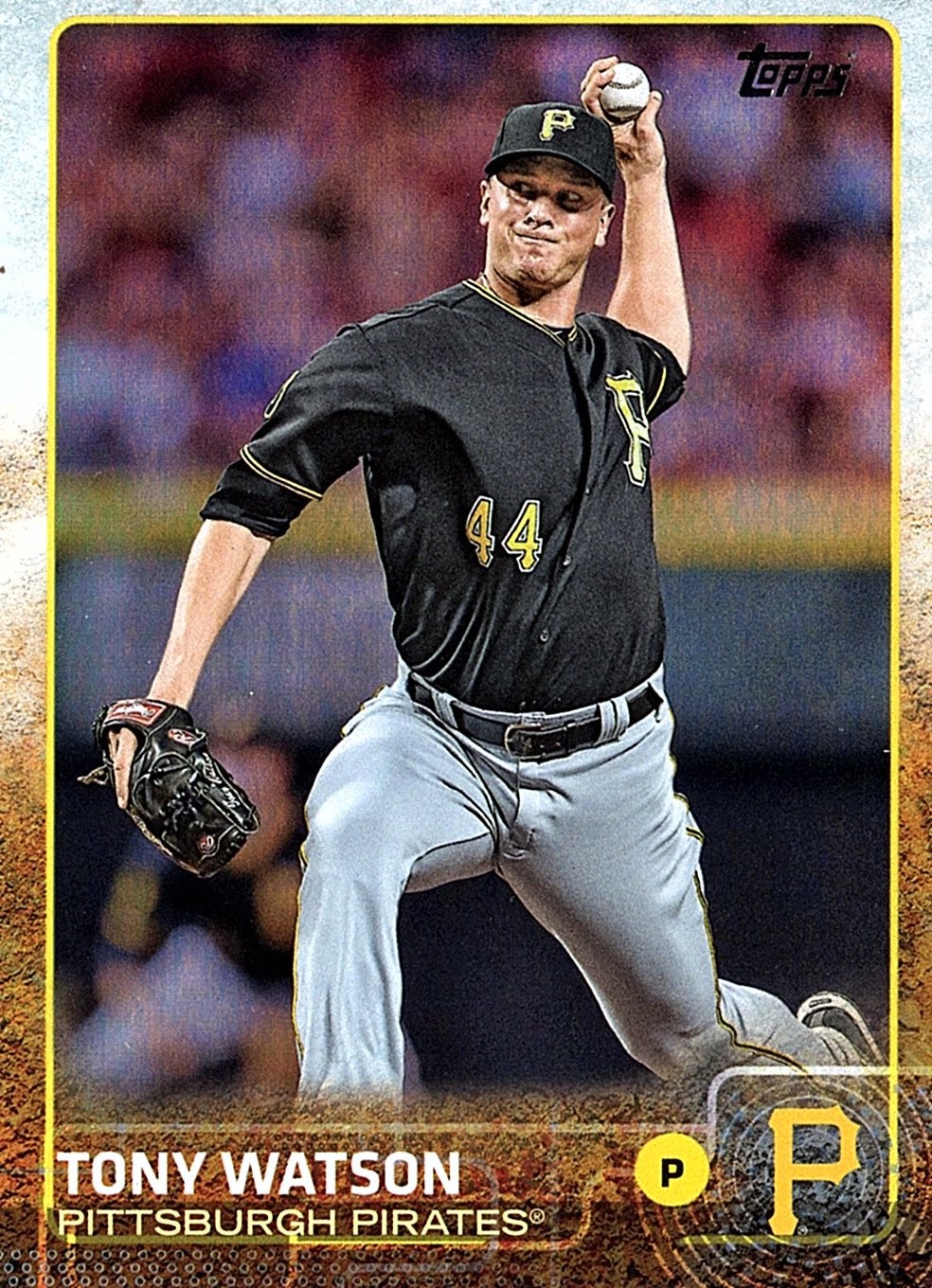 This is a rainbow parallel of Pirate All Star Tony Watson. My hope is to find either the silver plate /20 or the acetate /10 of this card at some point as Watson is a personal favorite. A starter in the minor leagues, the Pirates decided to convert Watson to a reliever. The decision proved wise as he as been one of the most reliable left handed relievers in baseball the last two seasons.

Thanks for the surprise cards Pat. I'll try and hook you up with some new Tigers soon!

Posted by BobWalkthePlank at 10:53 PM