Doug from Sportscards From The Dollar Store is a great trade partner. He always has well thought out trade packages encompassing many aspects of my collection. This PWE packed a big time WVU punch. 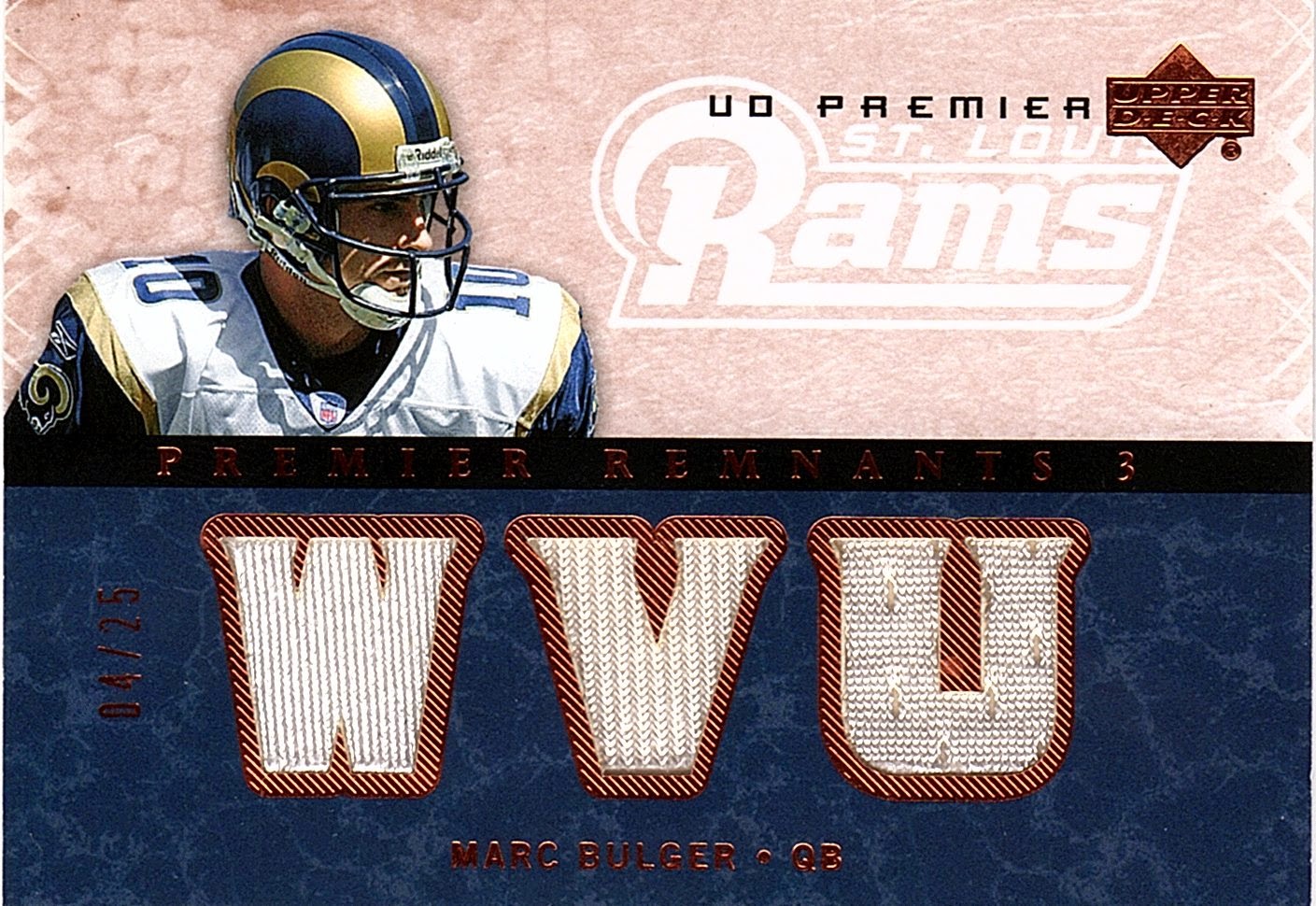 Kind of weird that Jim from GCRL hooked me up with a 2007 UD Premier Jason Bay auto /25 and now Doug hooks me up with 2007 UD Premier Marc Bulger also numbered to 25. What a great card! Bulger owned just about every passing record in WVU history until Geno Smith came along. Bulger can at least hold his hat on having a pretty successful NFL career. Geno is still a work in progress. 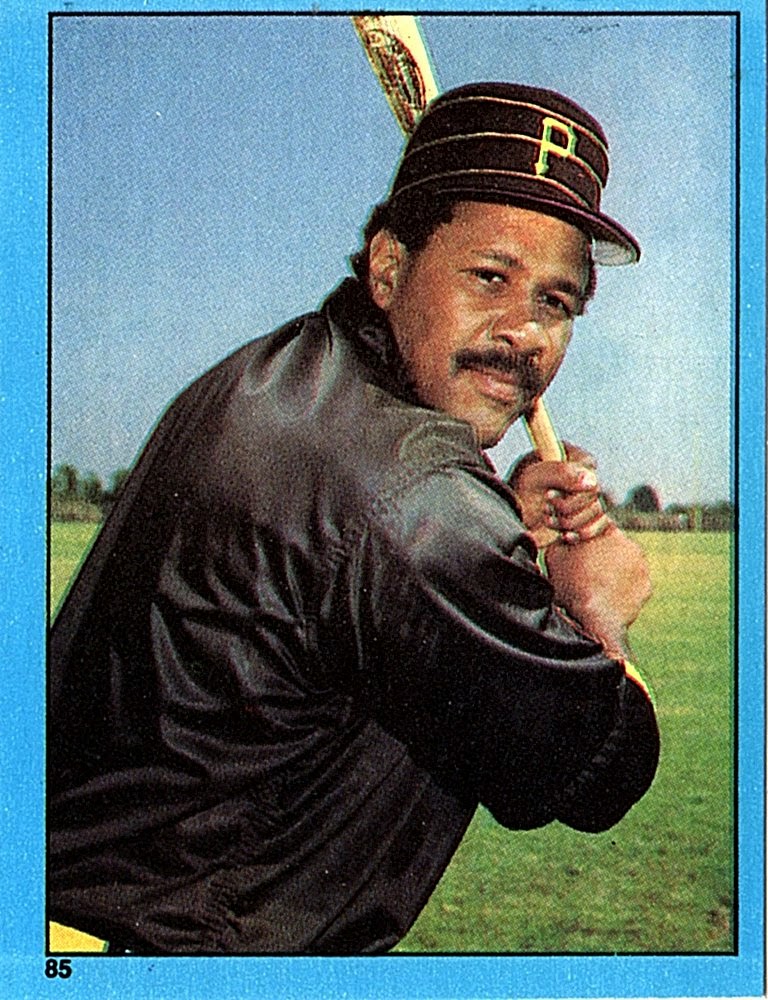 O-PEE-Chee stickers are always cool.  Bonus points for being of the Pops variety. 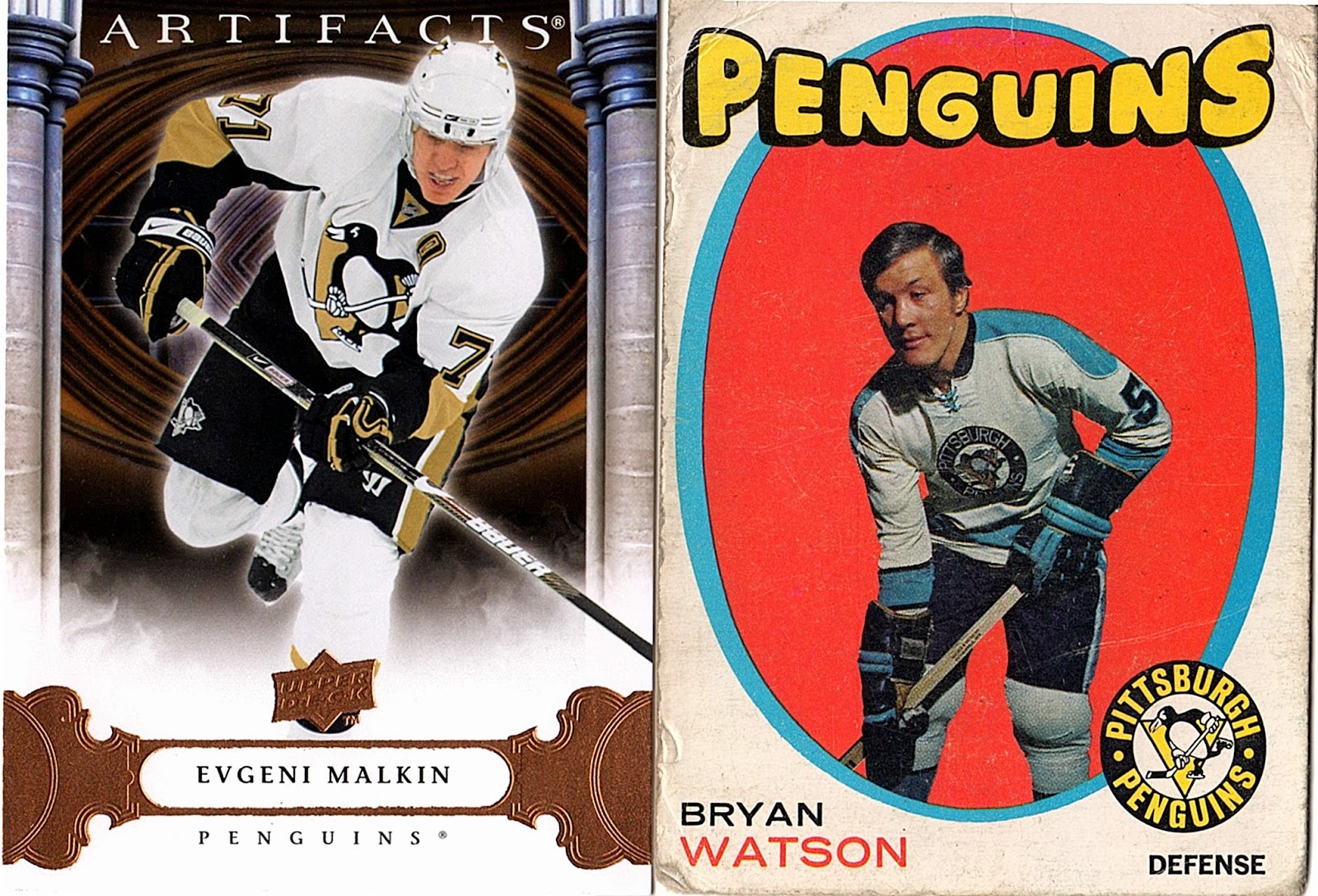 Vintage hockey is awesome. Mark Hoyle gave me my first taste of old time hockey now Doug hooked me up. You had to be tough as shit to play back then. I'm guessing Bryan Watson could hold his own against Mr. Malkin in the toughness factor. 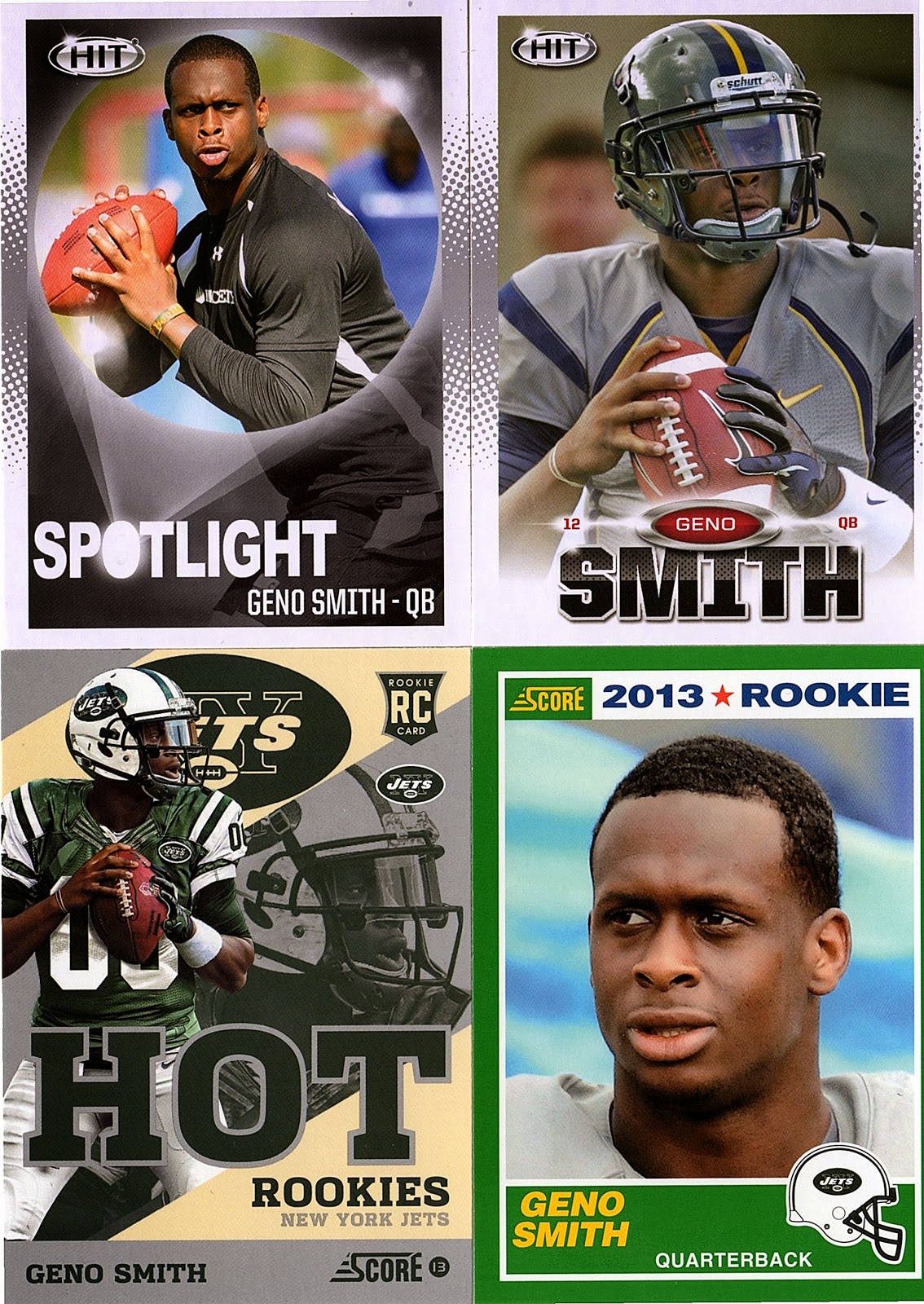 I'm almost on the verge of going on a Geno Smith buying binge. His cards have fallen at a rapid pace after his disastrous season. It will be interesting to see what will become of the former WVU great. The Jets were a terrible situation for him. He really needed to go to a good team where he could have learned from a good quarterback. He wasn't polished enough to be the man. Hopefully he can salvage his career.

Thanks again Doug for the great cards. I'll have something heading back to Canada very soon.