Brady from Yadier Molina Baseball Cards and I got started blogging at about the same time. We have been actively following and trading with each other ever since. B Man took a little time off to study for some certifications for his job, but he is back and the trading has commenced. 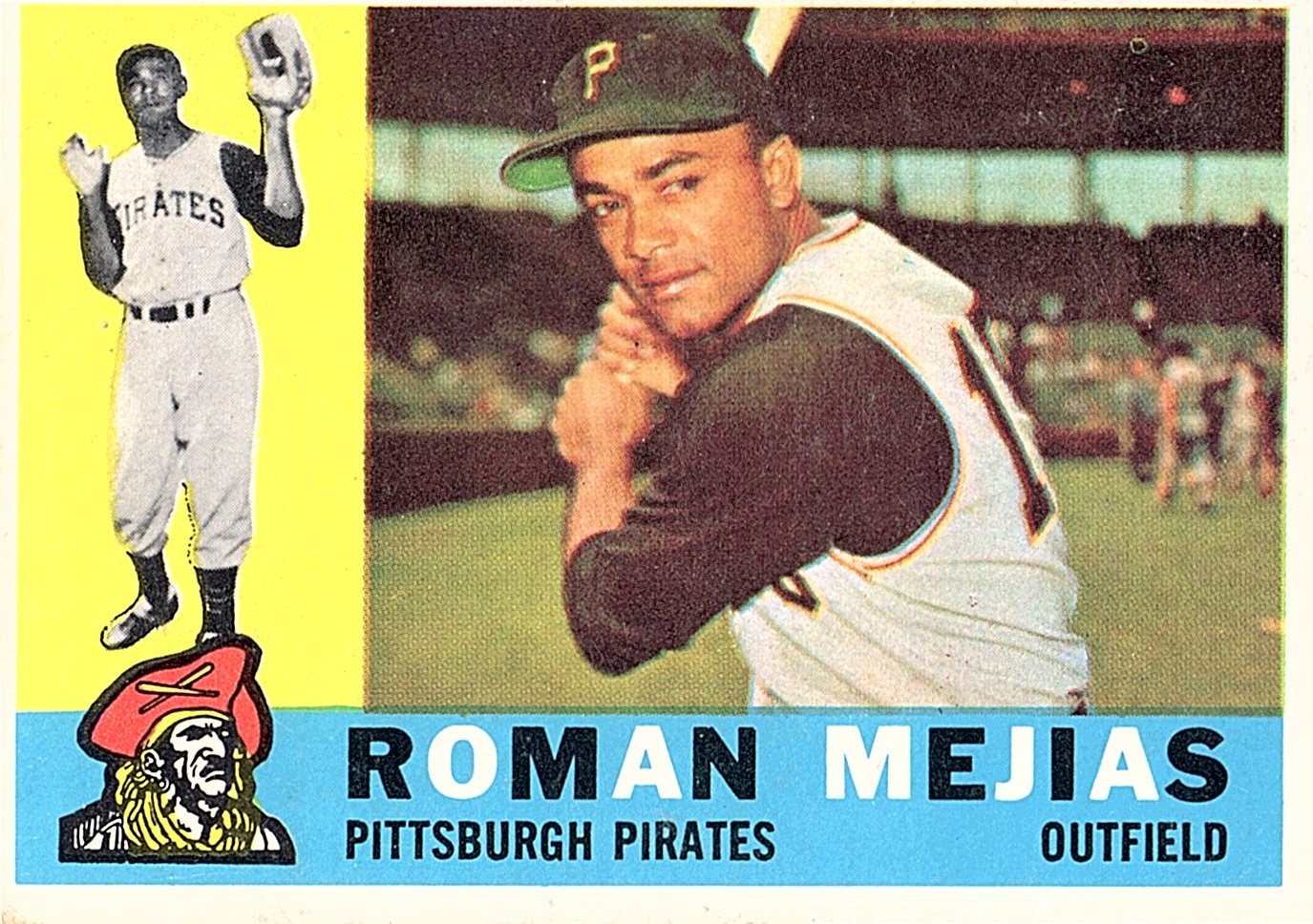 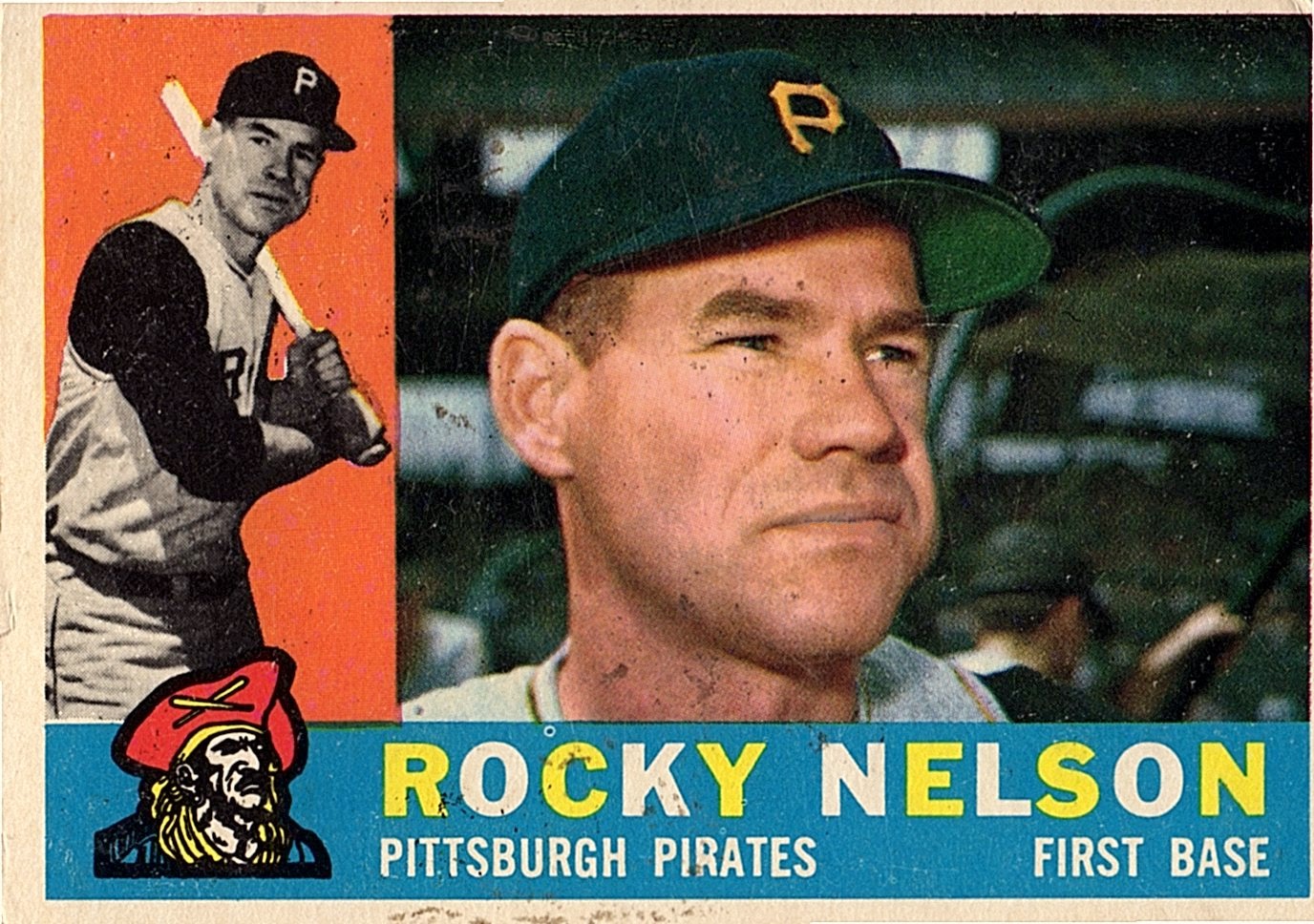 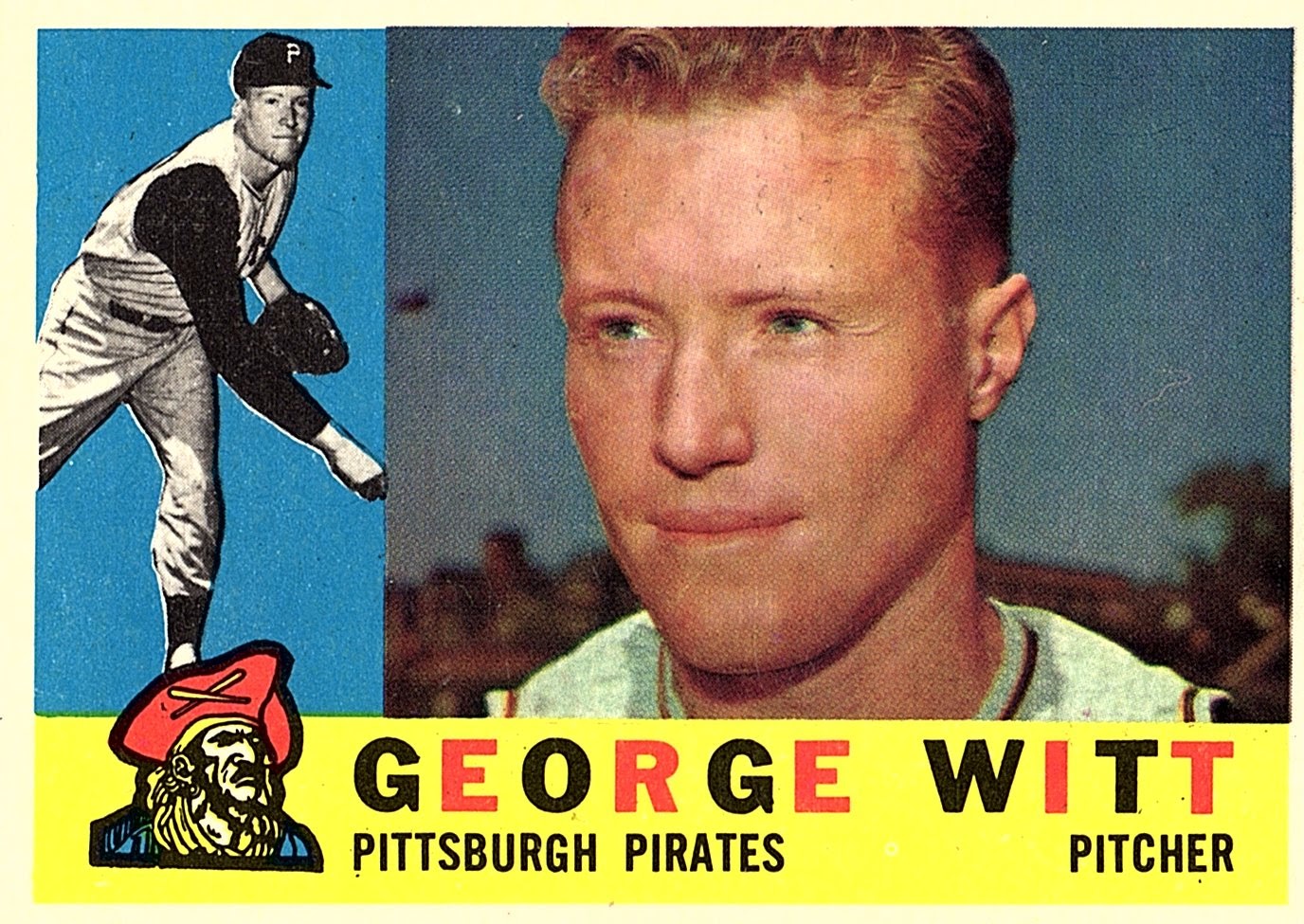 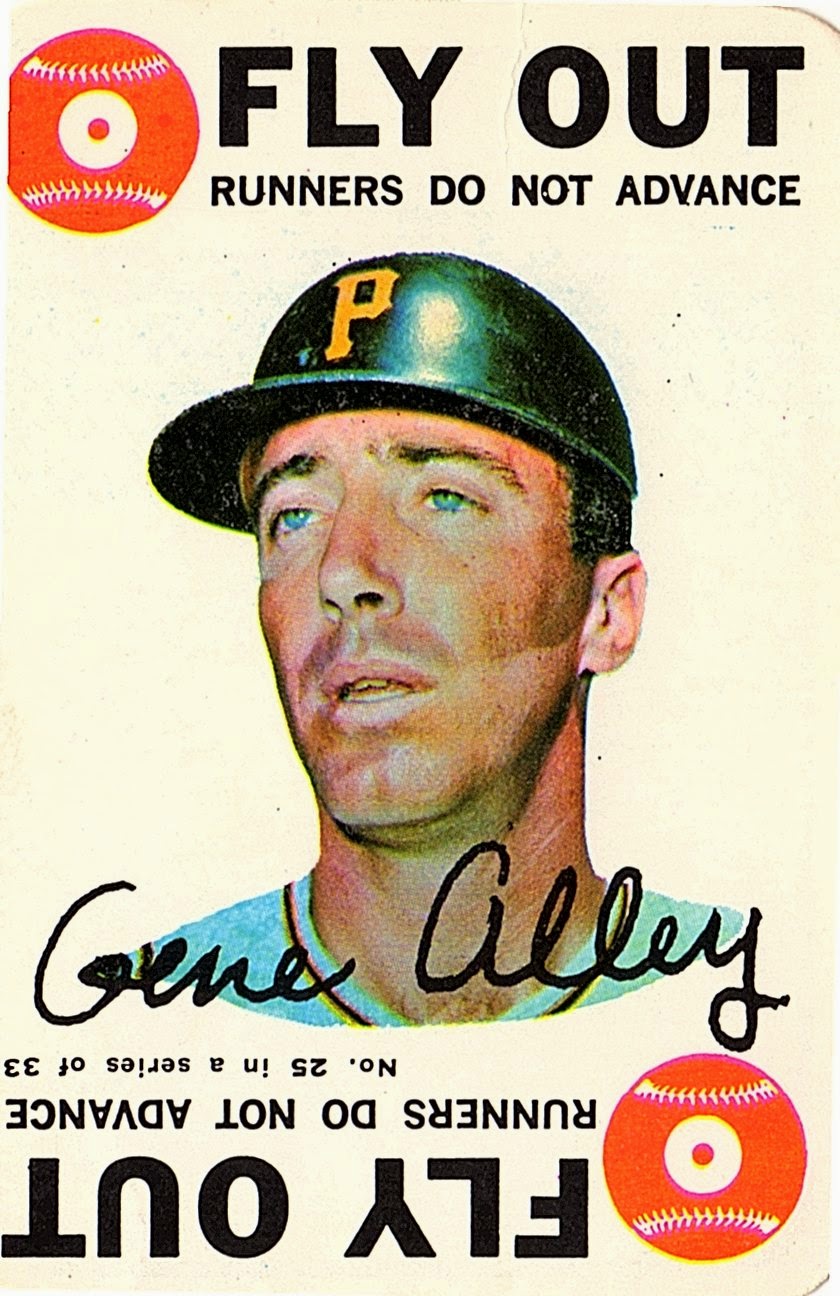 I've received a nice bunch of the Topps Game cards since starting the blog. This is a Gene Alley in really nice shape. 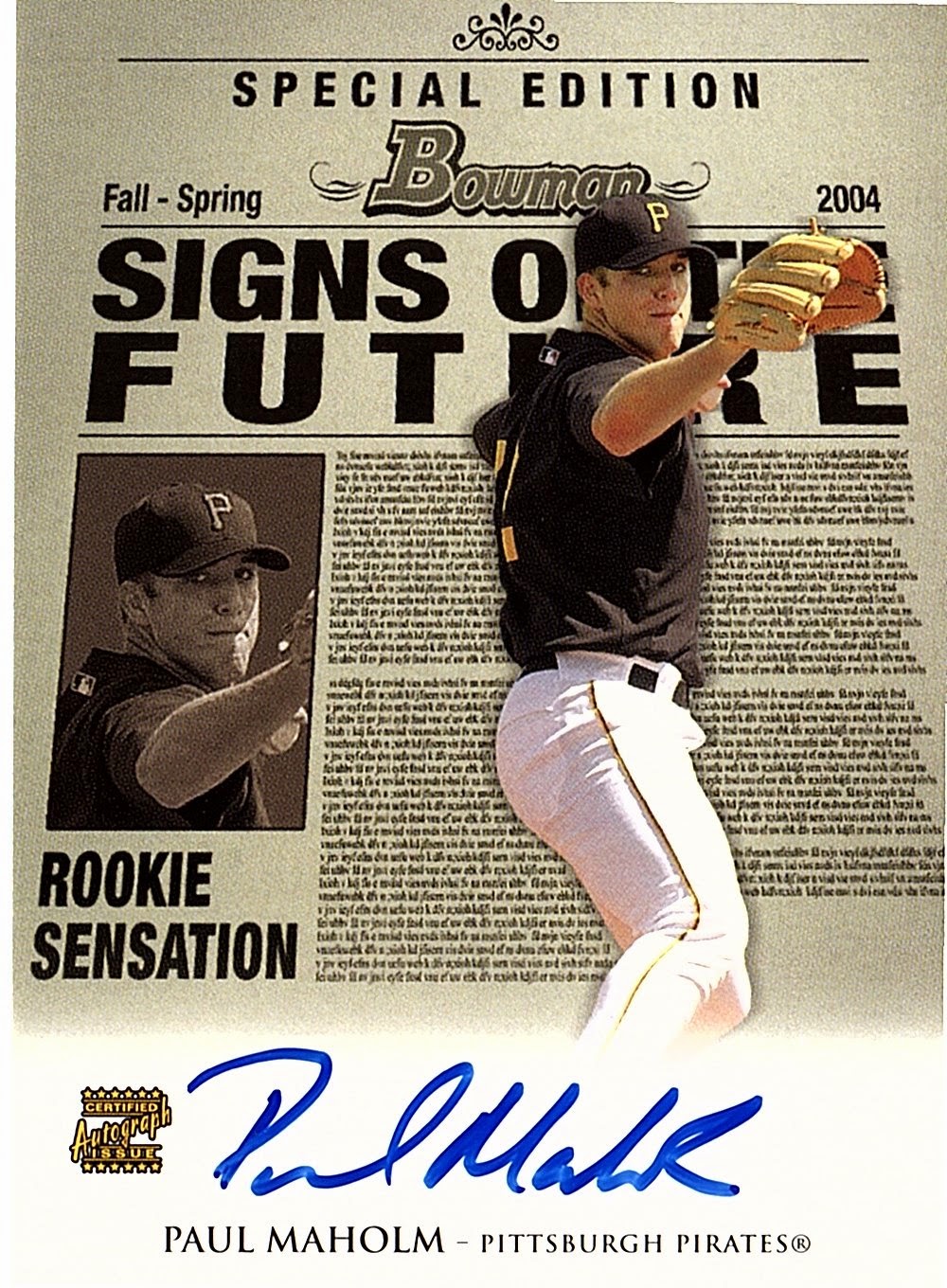 I was always a Paul Maholm fan.  He was the kind of player you would want anchoring the back end of the rotation. The Pirates decided to let him walk after the 2011 season as the price tag was getting too rich. This is a nice Bowman on card auto. 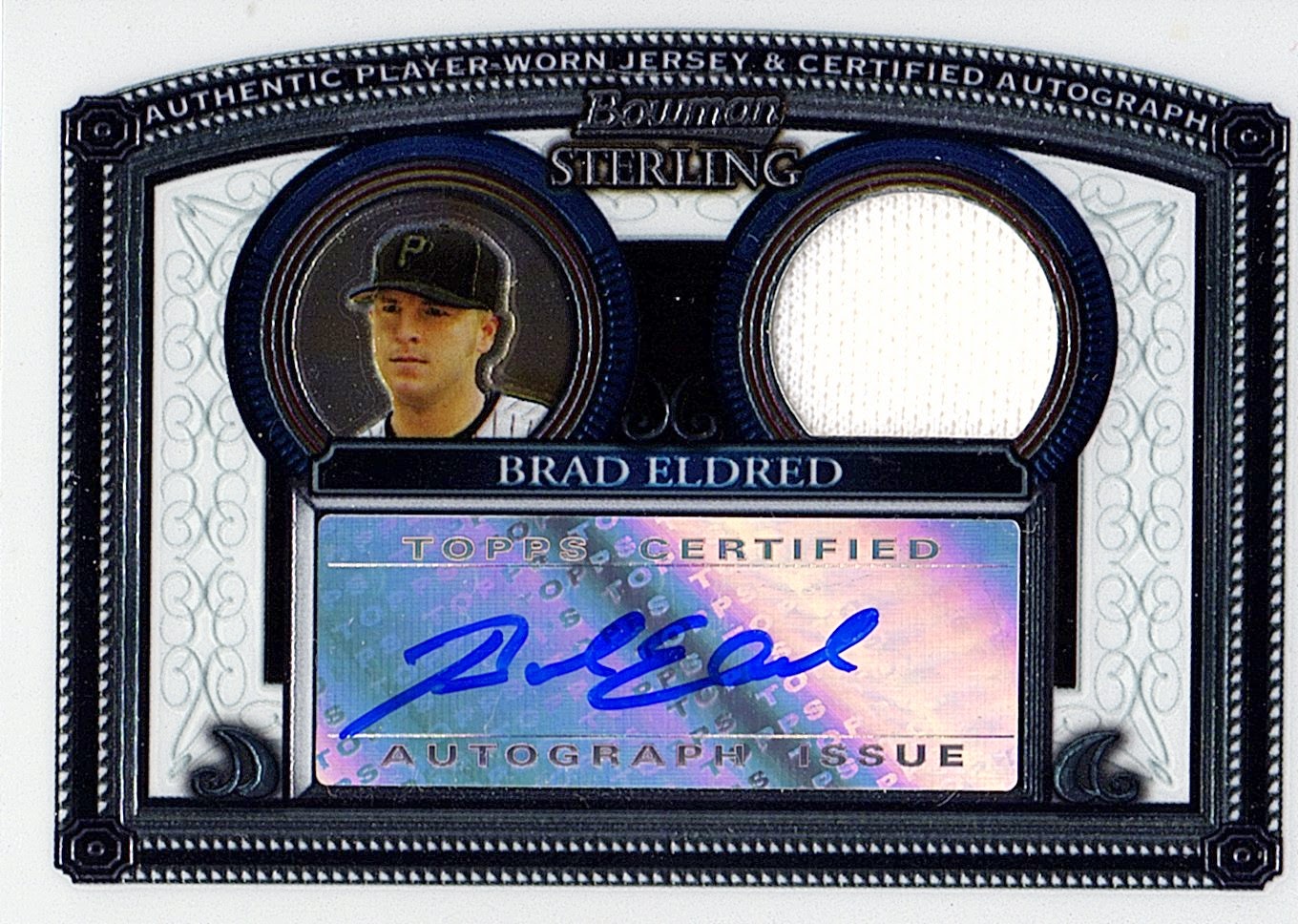 Big Country Brad Eldred was the kind of guy you show up early to watch take batting practice. He had light tower power. You may have wanted to close your eyes in the actual game. Brad had a gigantic hole in his swing and was pretty much an all or nothing player. He was given an opportunity in 2005 for semi regular playing time, but couldn't hold the job. Back in 2005 their was a trade offer from the Phillies for a young left handed first baseman named Ryan Howard in exchange for Kip Wells. The Pirates refused it because of Brad Eldred. Ugh. 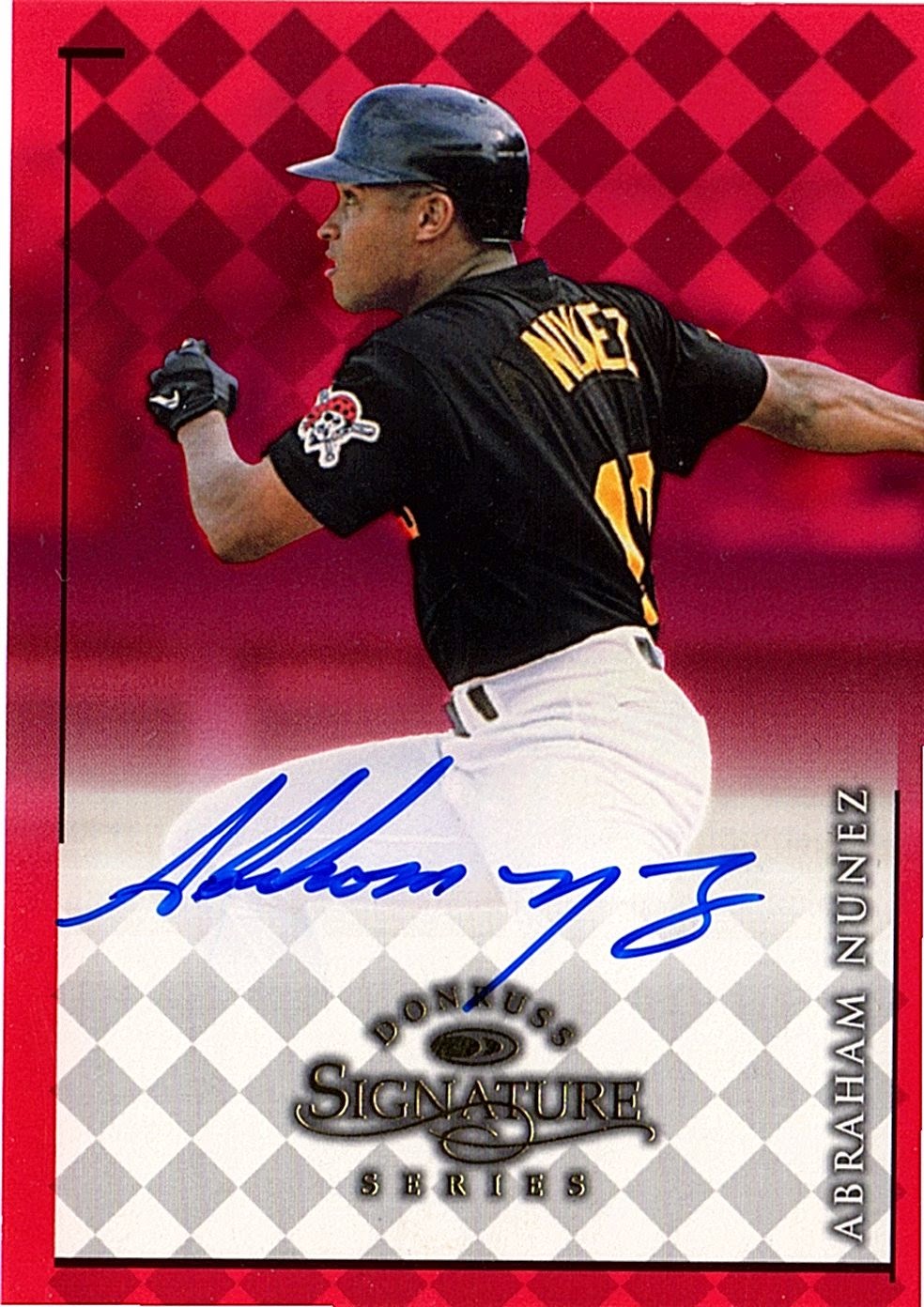 Abraham Nunez was the kind of player that stuck around for 12 seasons because of his versatility. His longest tenure was with the Pirates, but his best season was in 2005 with the Cardinals. He actually had a nice postseason that year.

Three cards of the three best Pirates of all time!

A really bad scan of some great Cutch cards. The shiny cards were giving my scanner fits. 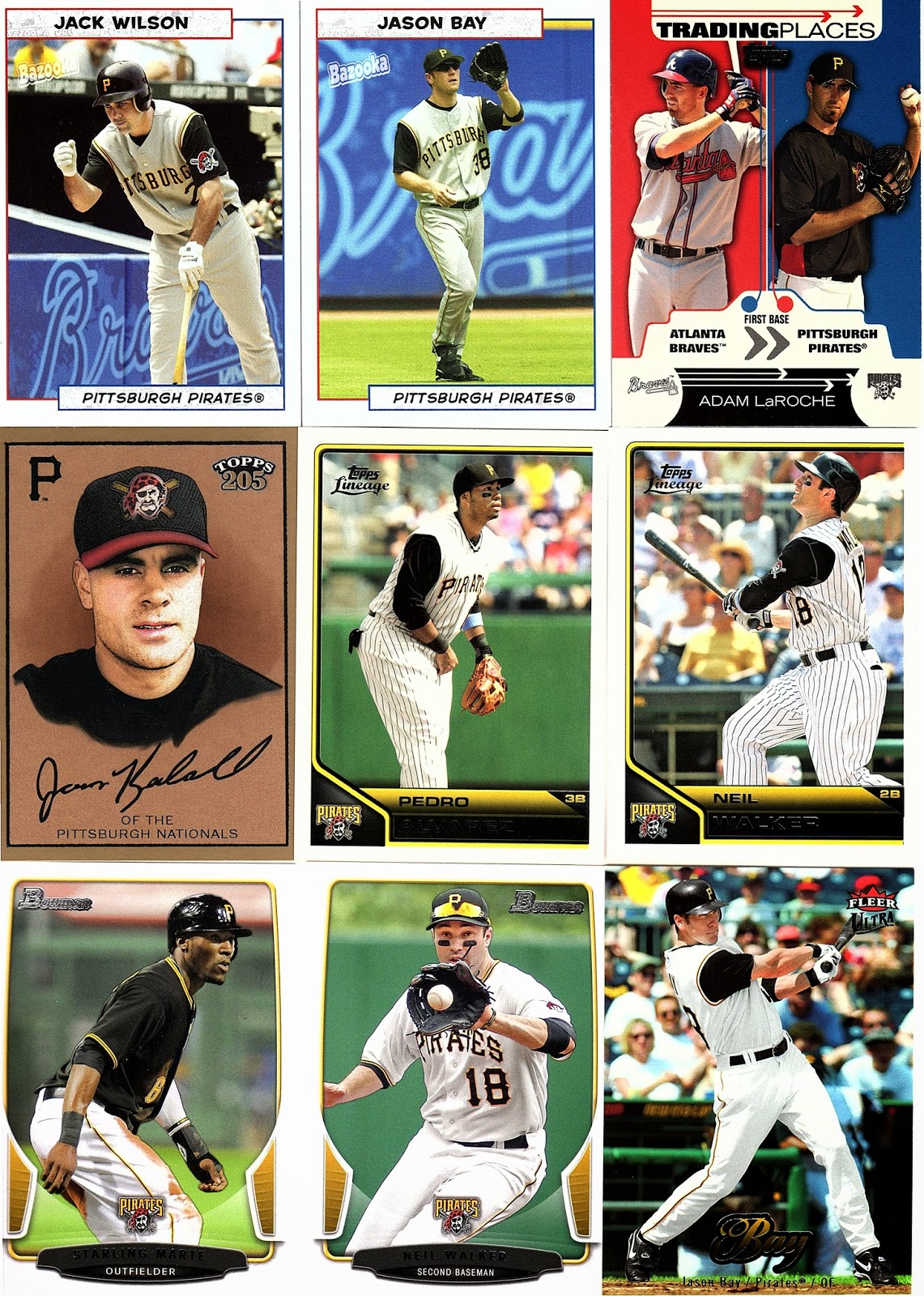 A nice mix of current and semi recent Bucs. I always like the Topps Lineage set. Wish it would have came back for another year.

Thanks for all the great cards Brady. Hope to hit you back real soon. Need to reload on some Cardinals.

Posted by BobWalkthePlank at 8:39 PM