Fuji was nice enough to include me in has latest round of mailings. This hit oriented trade package was full of some big names. 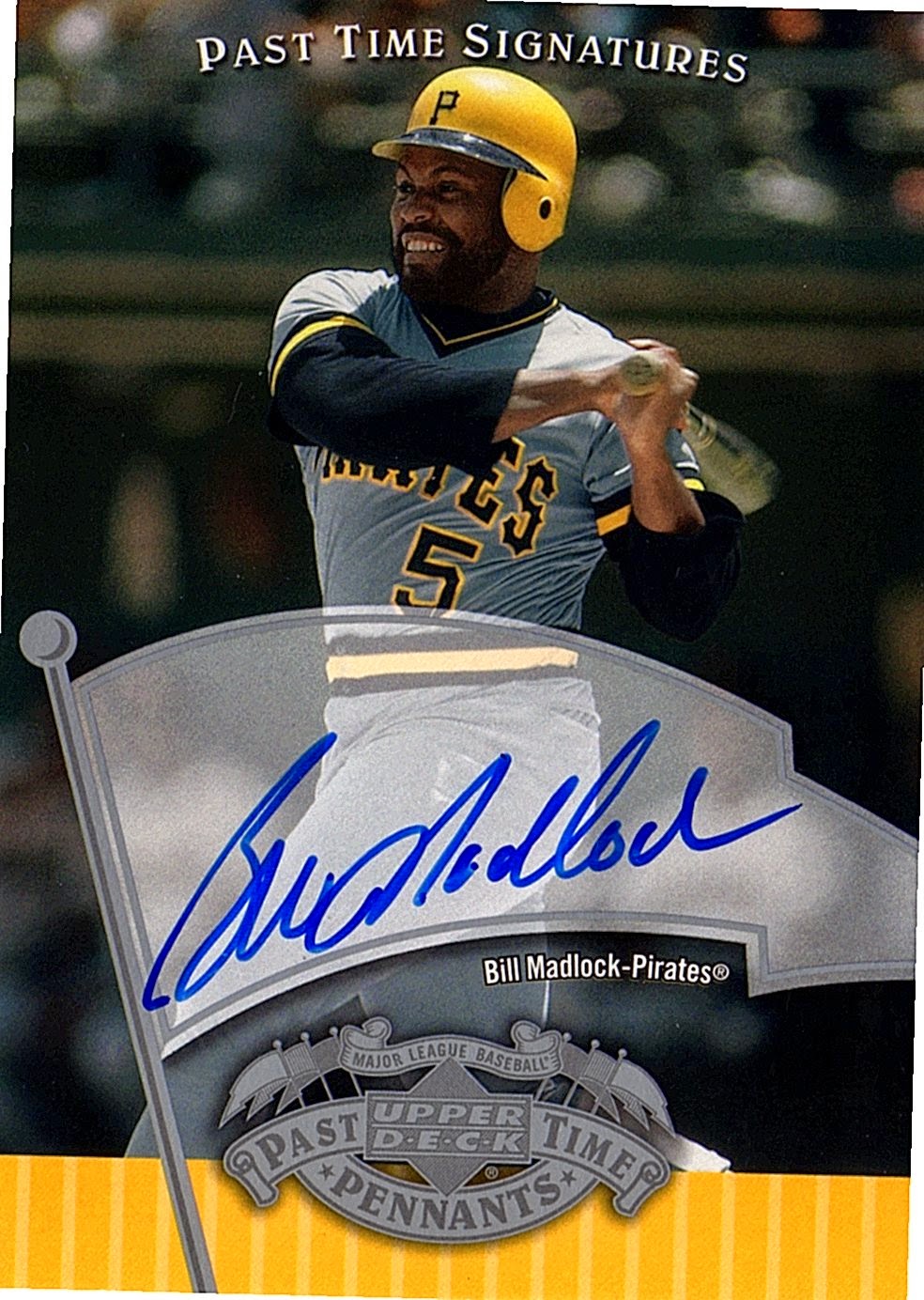 Off to a fast start with this Mad Dog auto. This will make a nice edition to my growing Madlock collection. 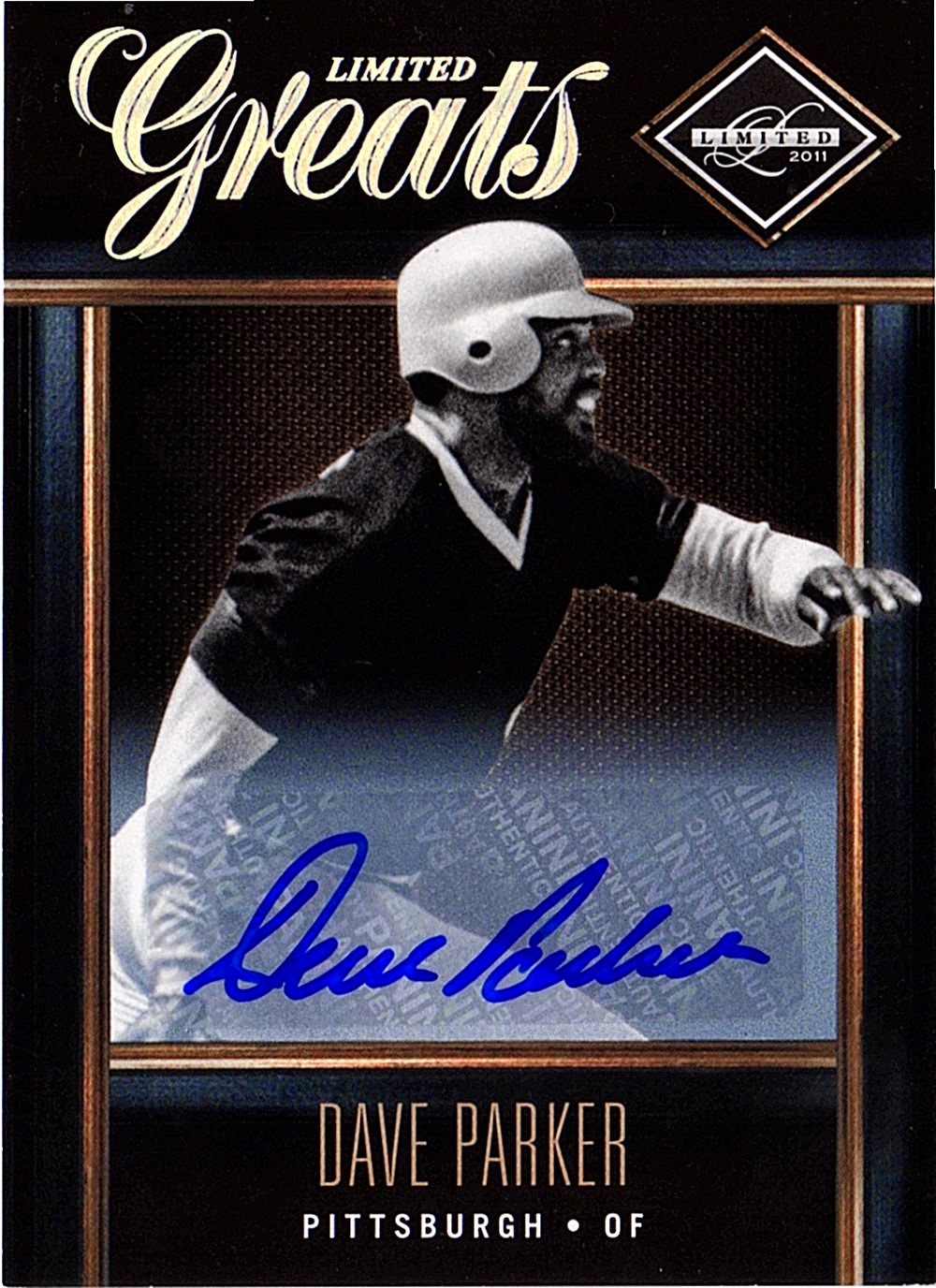 Boom! A Cobra autograph to compliment the Mad Dog. Always fun to accumulate cards of the late 70's Pirates. 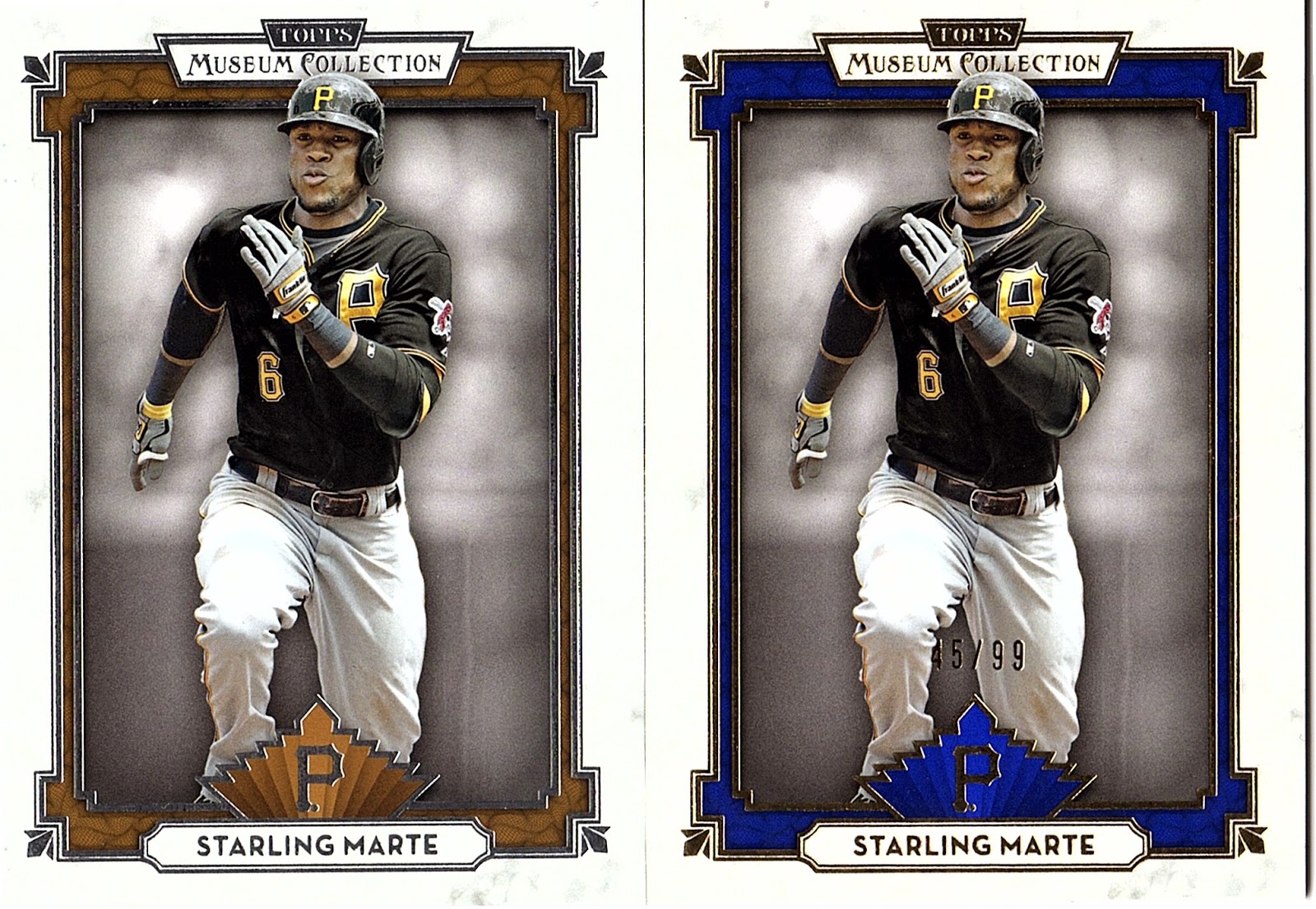 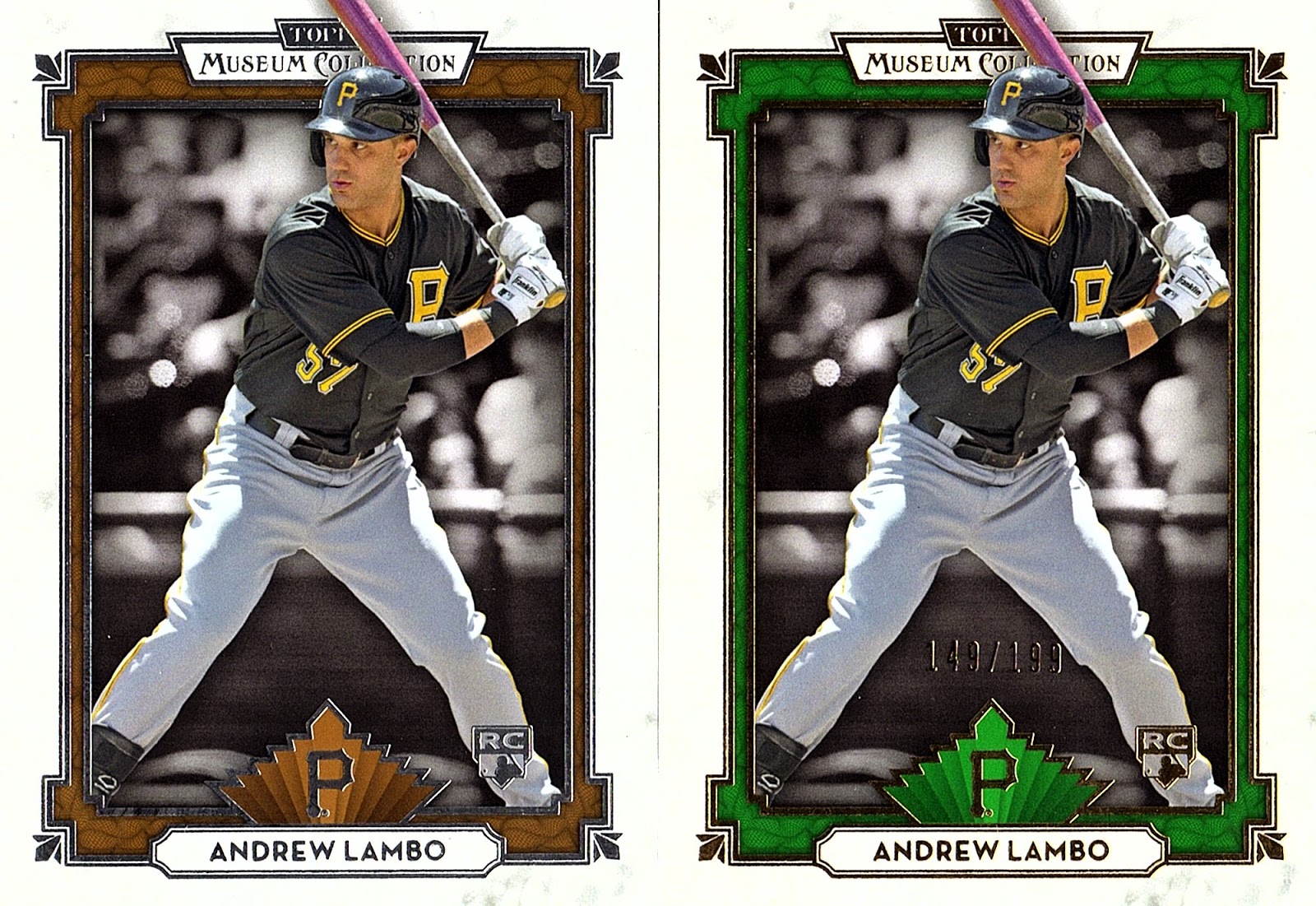 Here is a set you don't see pop up much in the blogosphere. Museum Collection is one of Topps premium lines and a set that I've never messed with too much.  From the looks of it the sets are fairly small and have a handful of different parallels. The Blue Marte is /99 and the emerald Lambo is /199. What a great surprise! 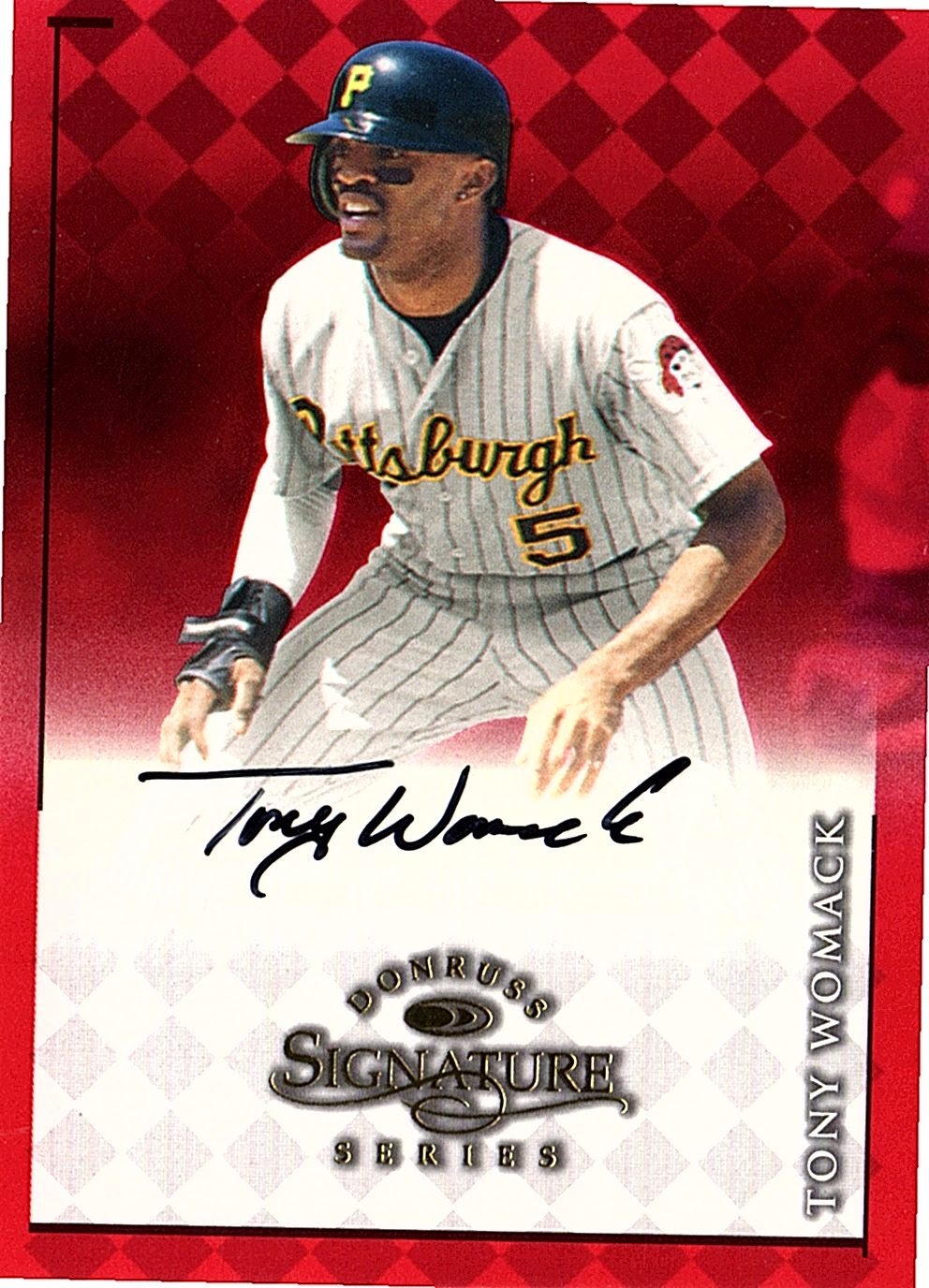 Womack was one of my favorites in the late 90's. I was so pissed when the Pirates let him go. 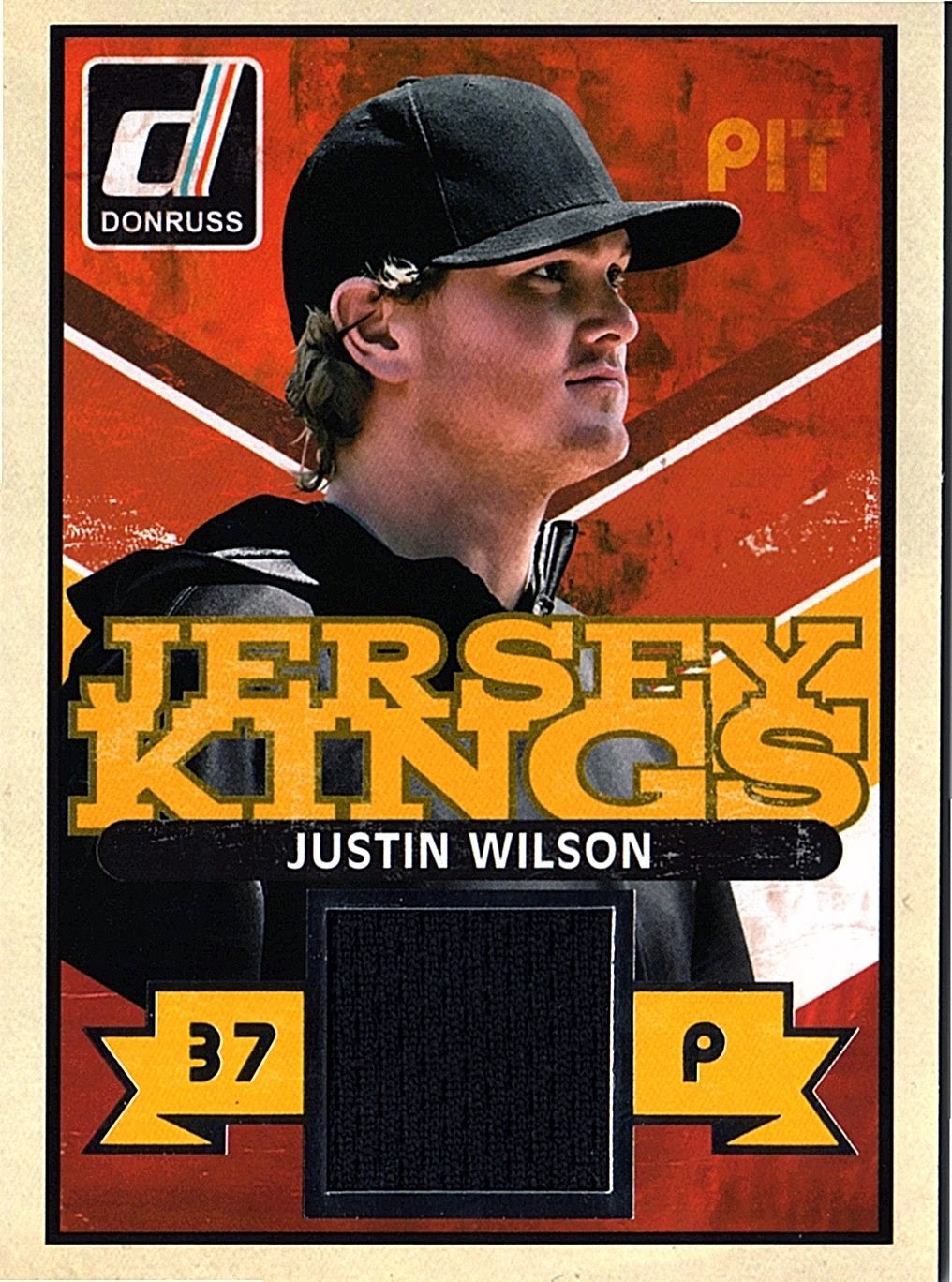 Justin Wilson was traded to the Yankees this offseason for Francisco Cervelli. Wilson is a lefty reliever who throws hard so he should see a good bit of late inning action with the Yankees. While it always stings to lose a homegrown guy, anytime you can turn relievers into everyday players you make the trade. 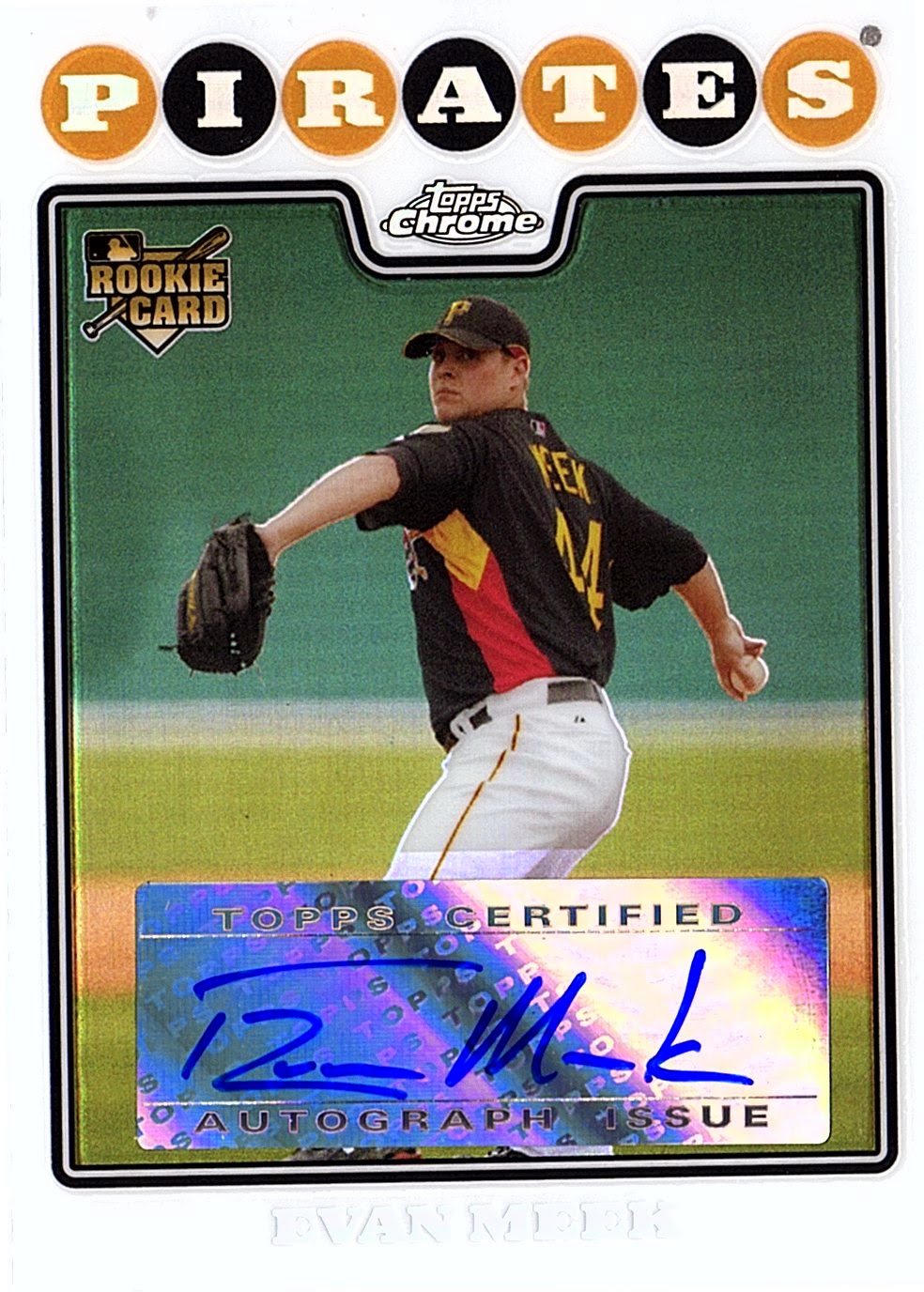 Did you know Evan Meek was an All Star. Yeah, the Pirates were really bad that year. 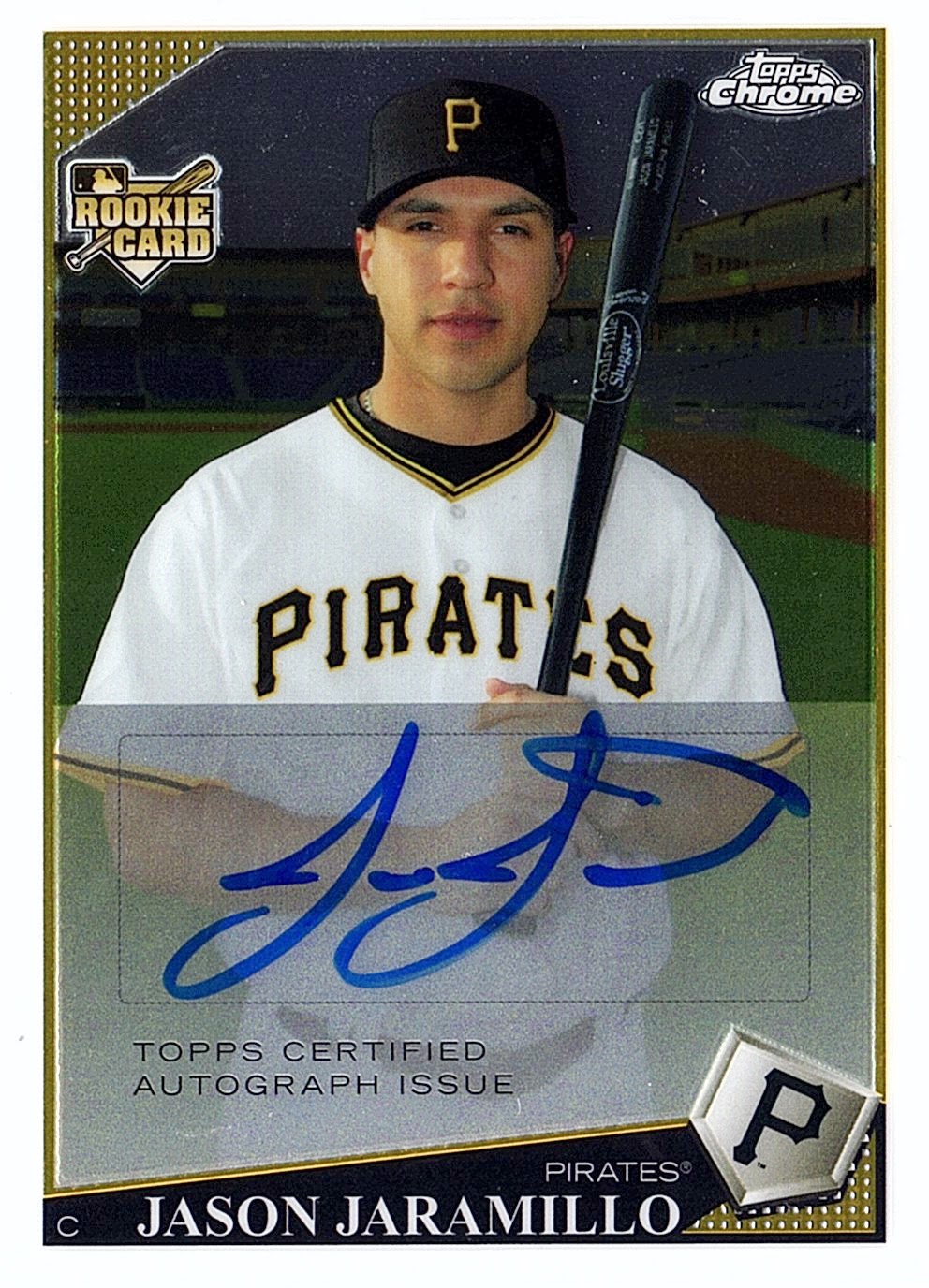 A nice Chrome auto of Jason Jaramillo. When I won Jaybarker's World Cup of Trading this year my grand prize was a Jaramillo game used bat! 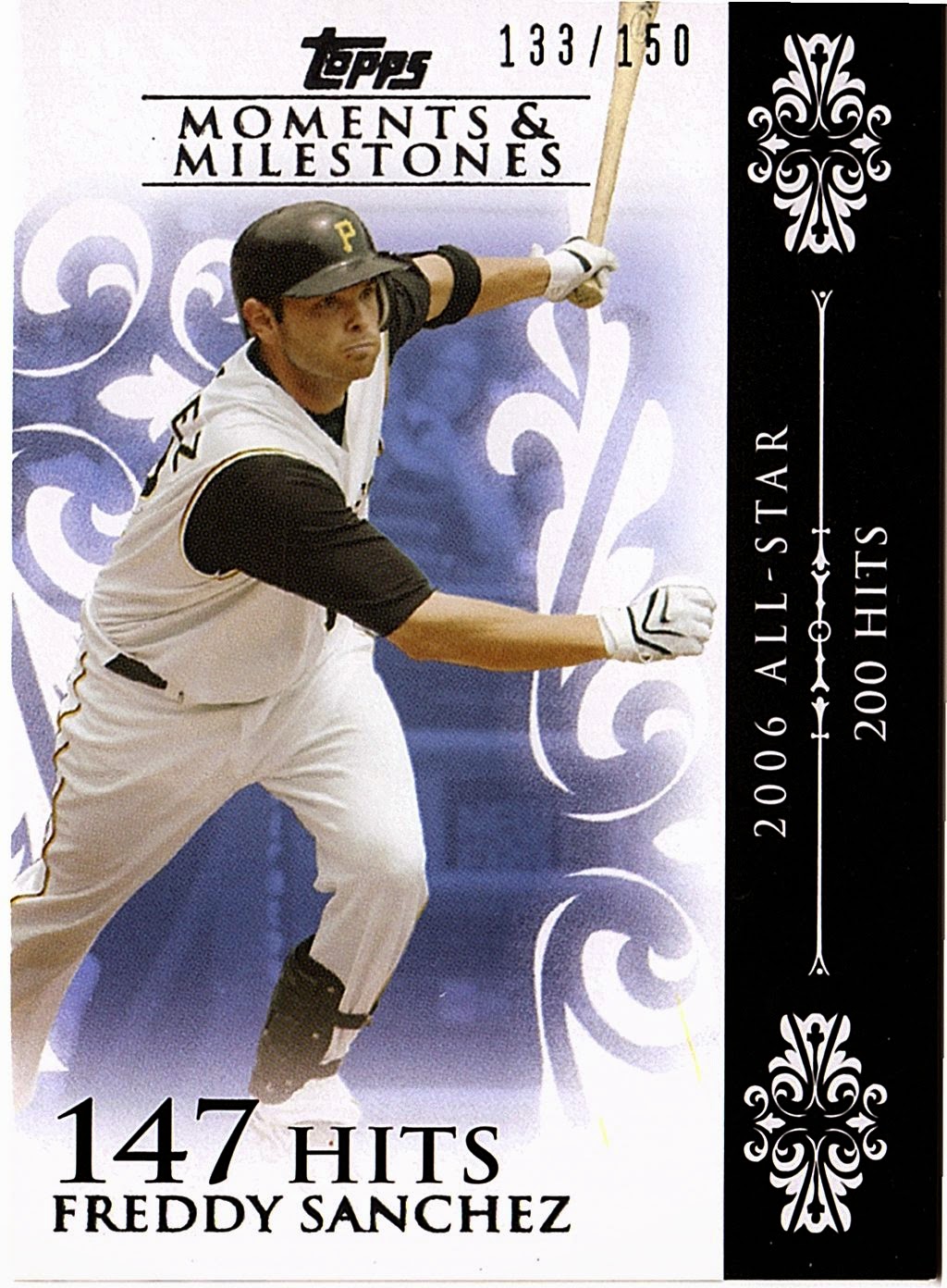 It was really hard to keep track of the parallels in this set.  All I know is that I have a ton of them and always seem to have one pop up that I've never seen before. Always happy to add more Freddy's to the collection. 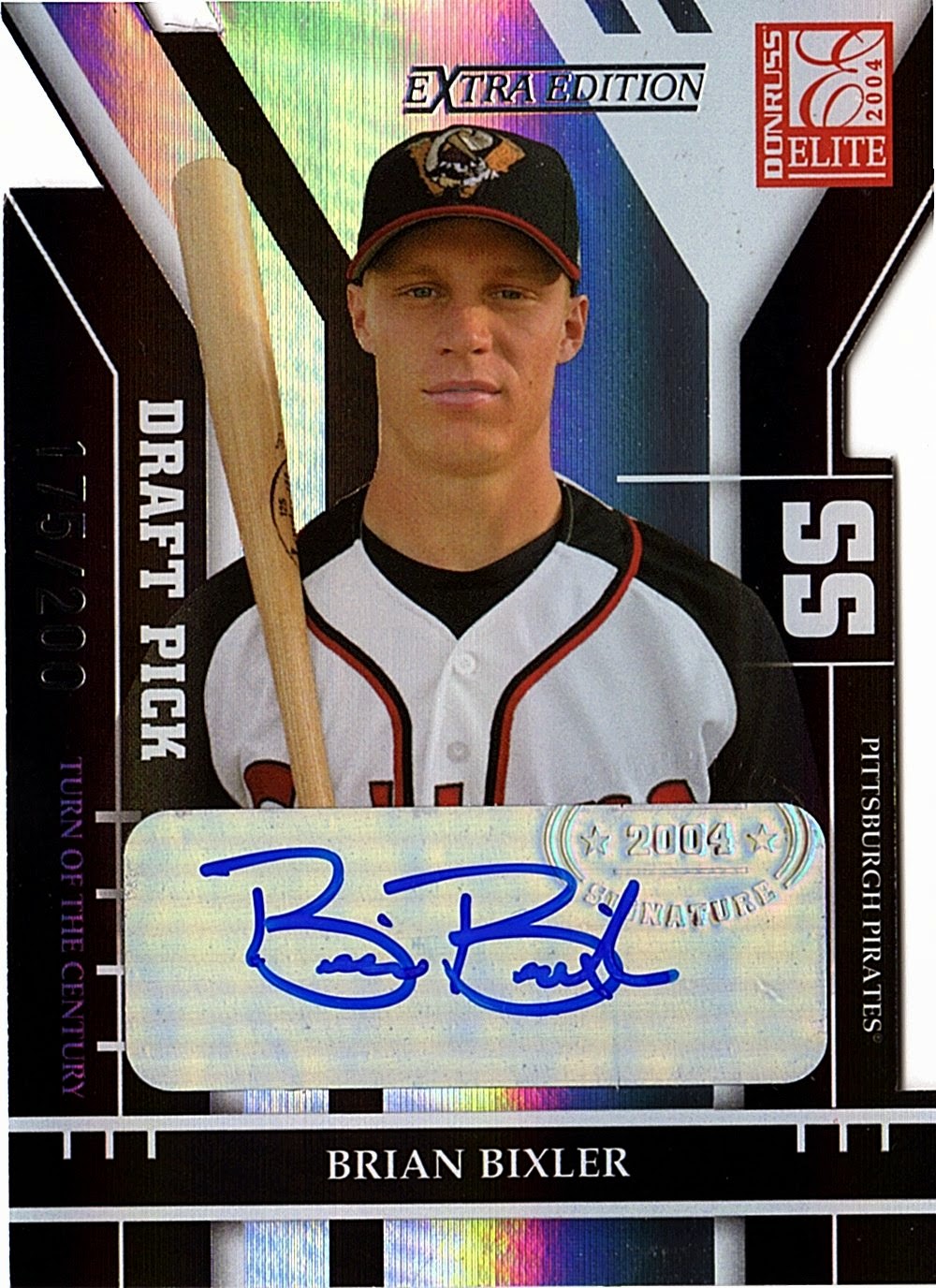 Pirate fans had a tendency to over value our own farm system. When Bixler was shooting through the Pirates system I thought for sure he was going to be our next big thing. Obviously since most of you have never heard of Brian Bixler you know how this story ends. 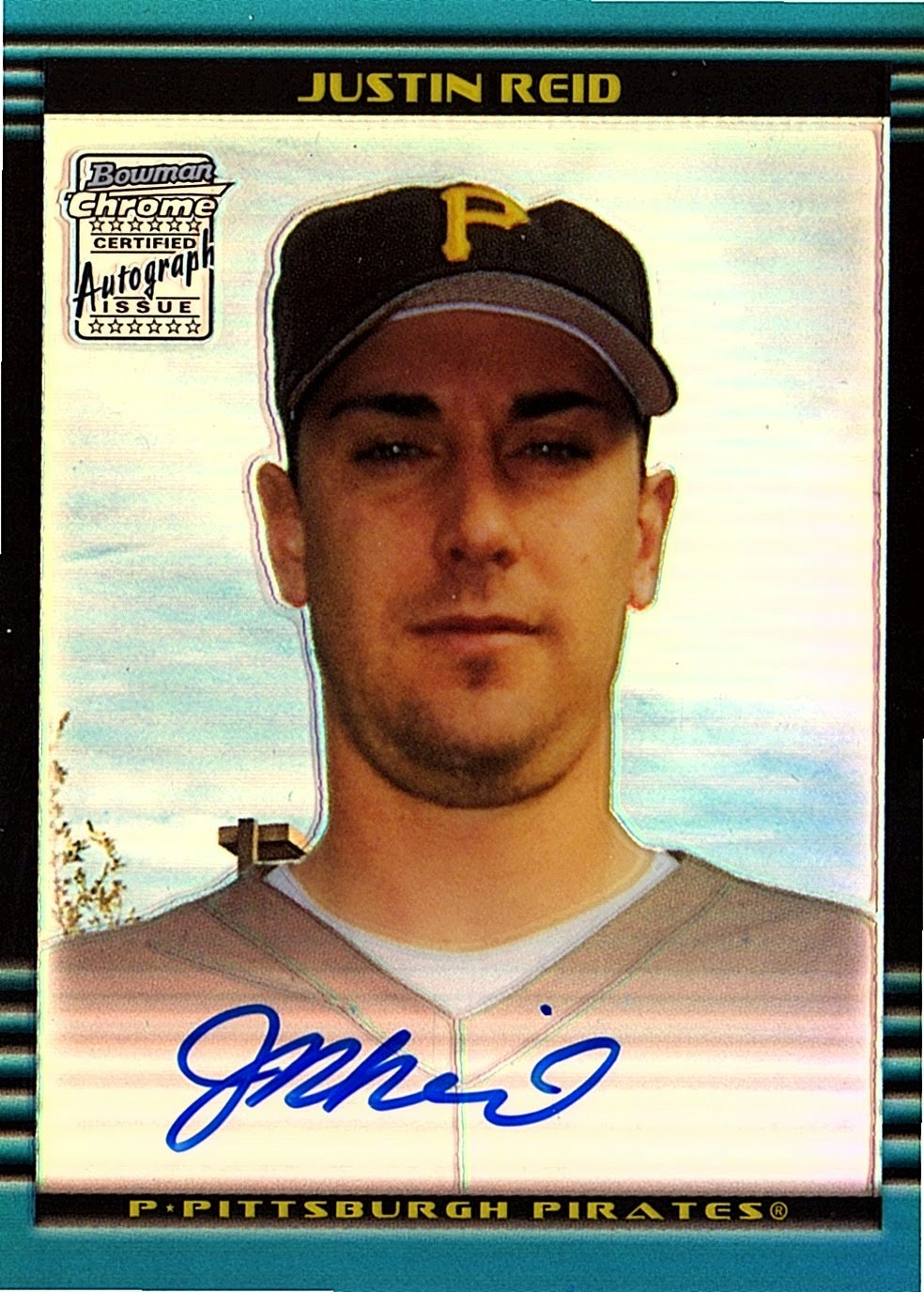 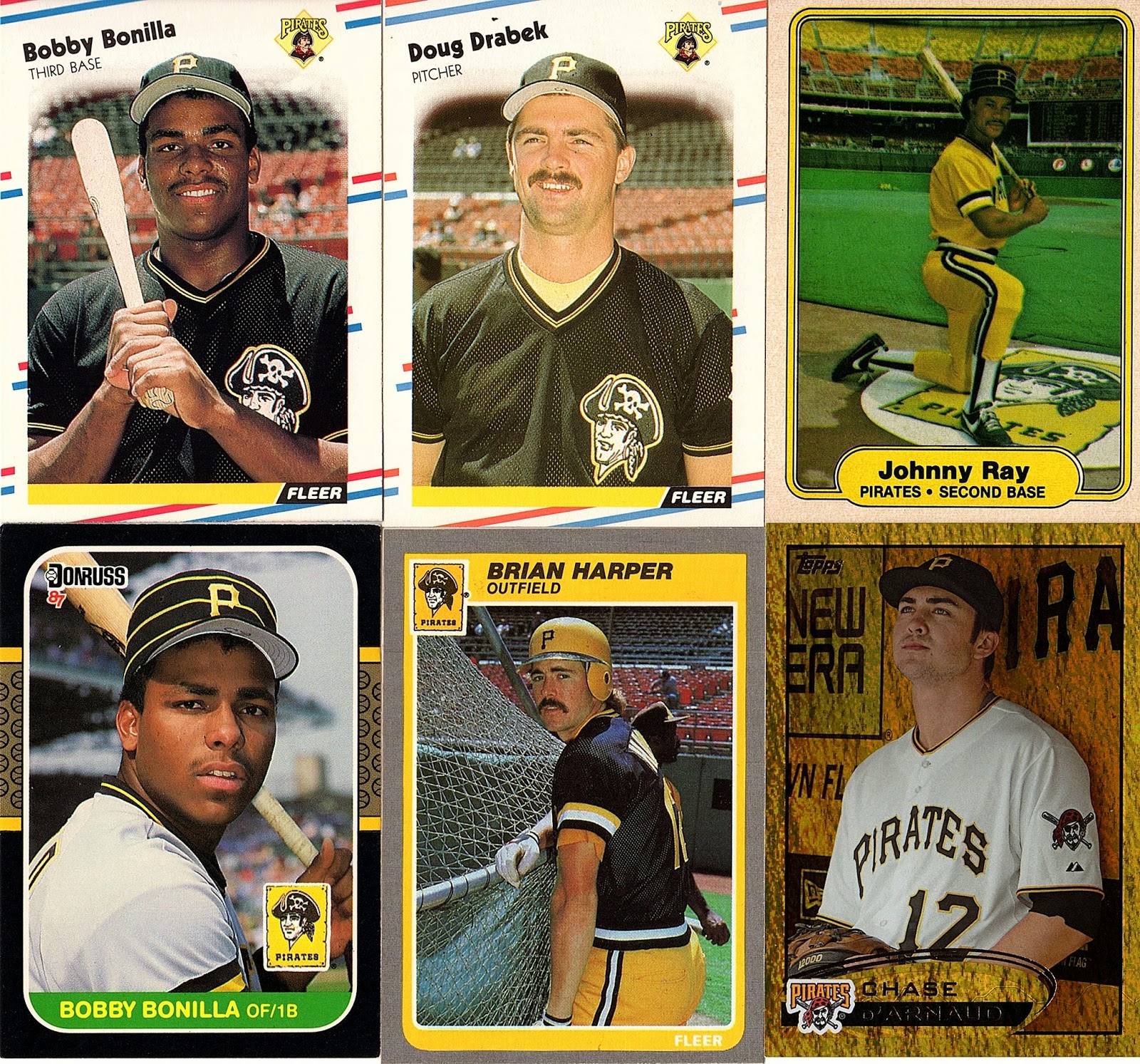 Some cool Bobby Bo's. I like how the Mets are paying him for the next 20 years. 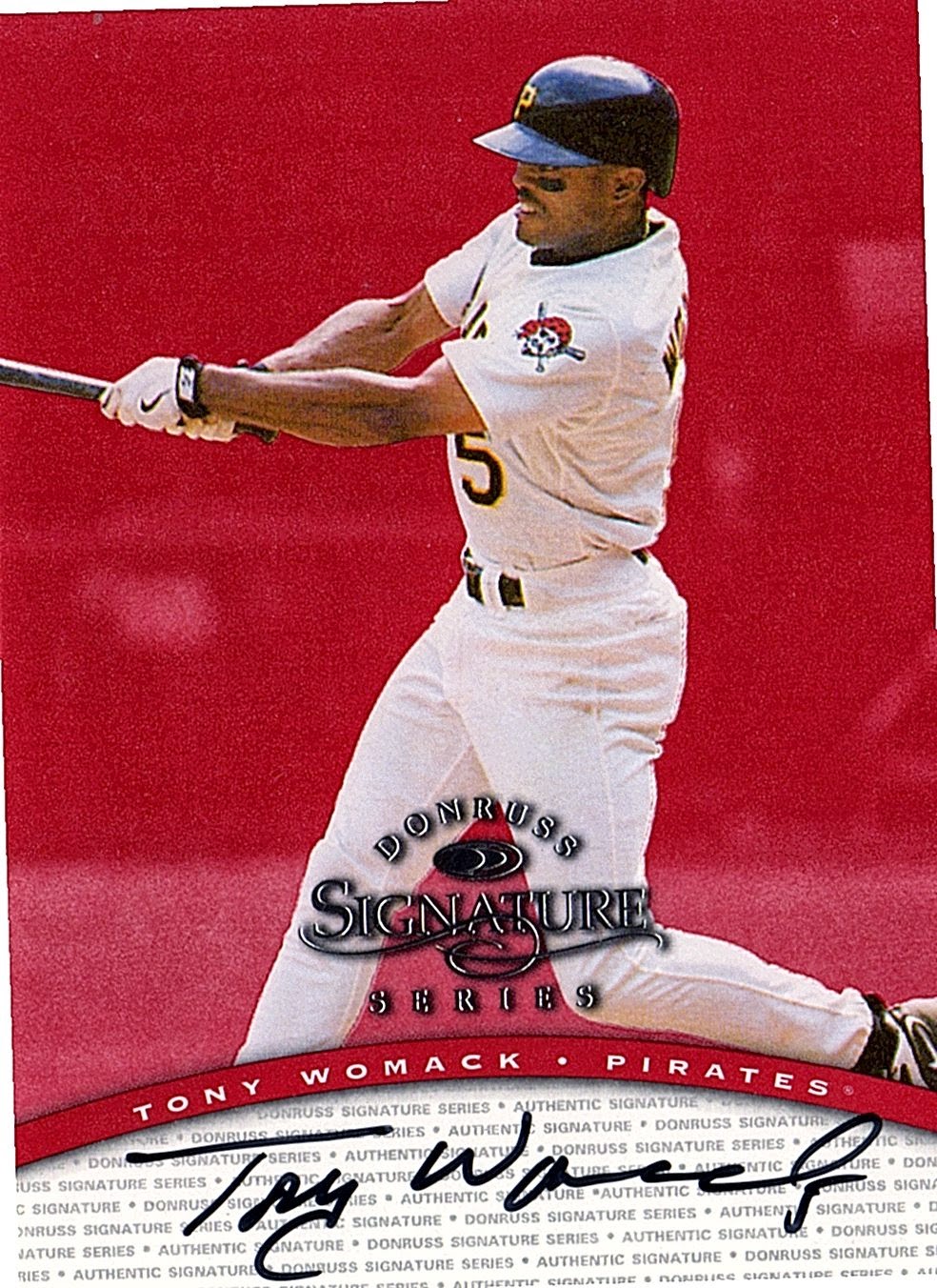 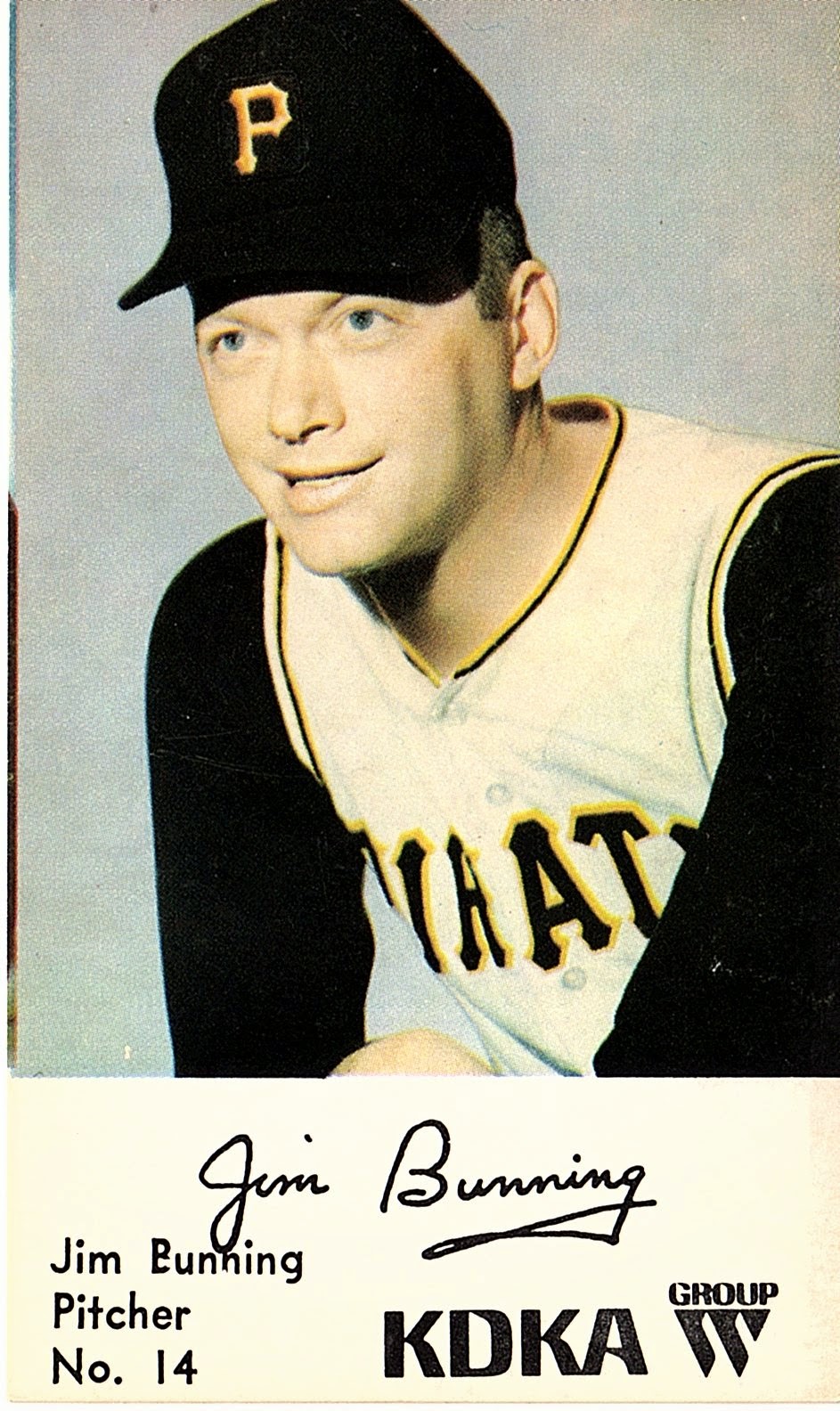 This is a really neat oddball of Jim Bunning. It would be fun to find all the cards associated with this set. Today KDKA is the Pittsburgh CBS affiliate. 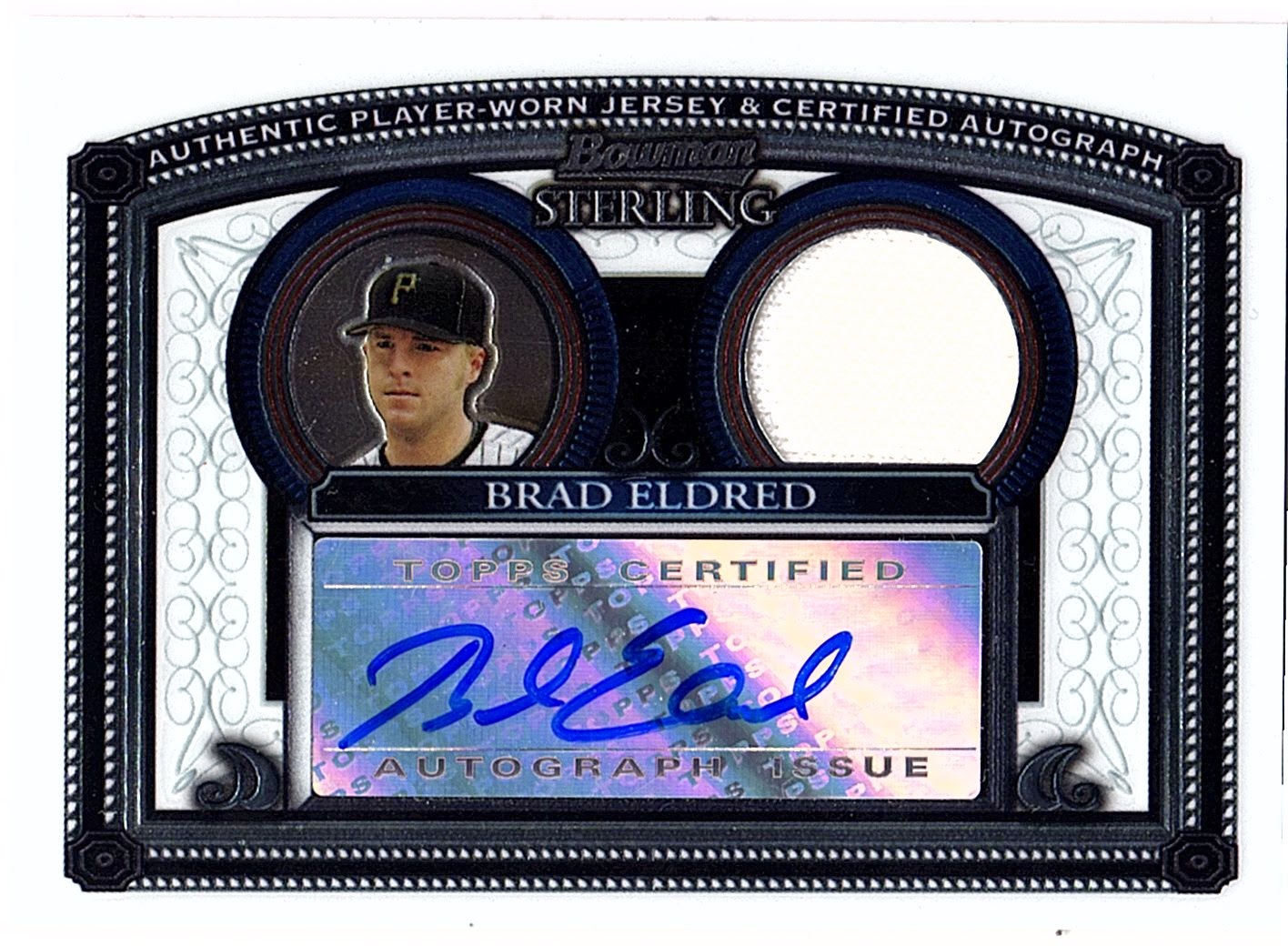 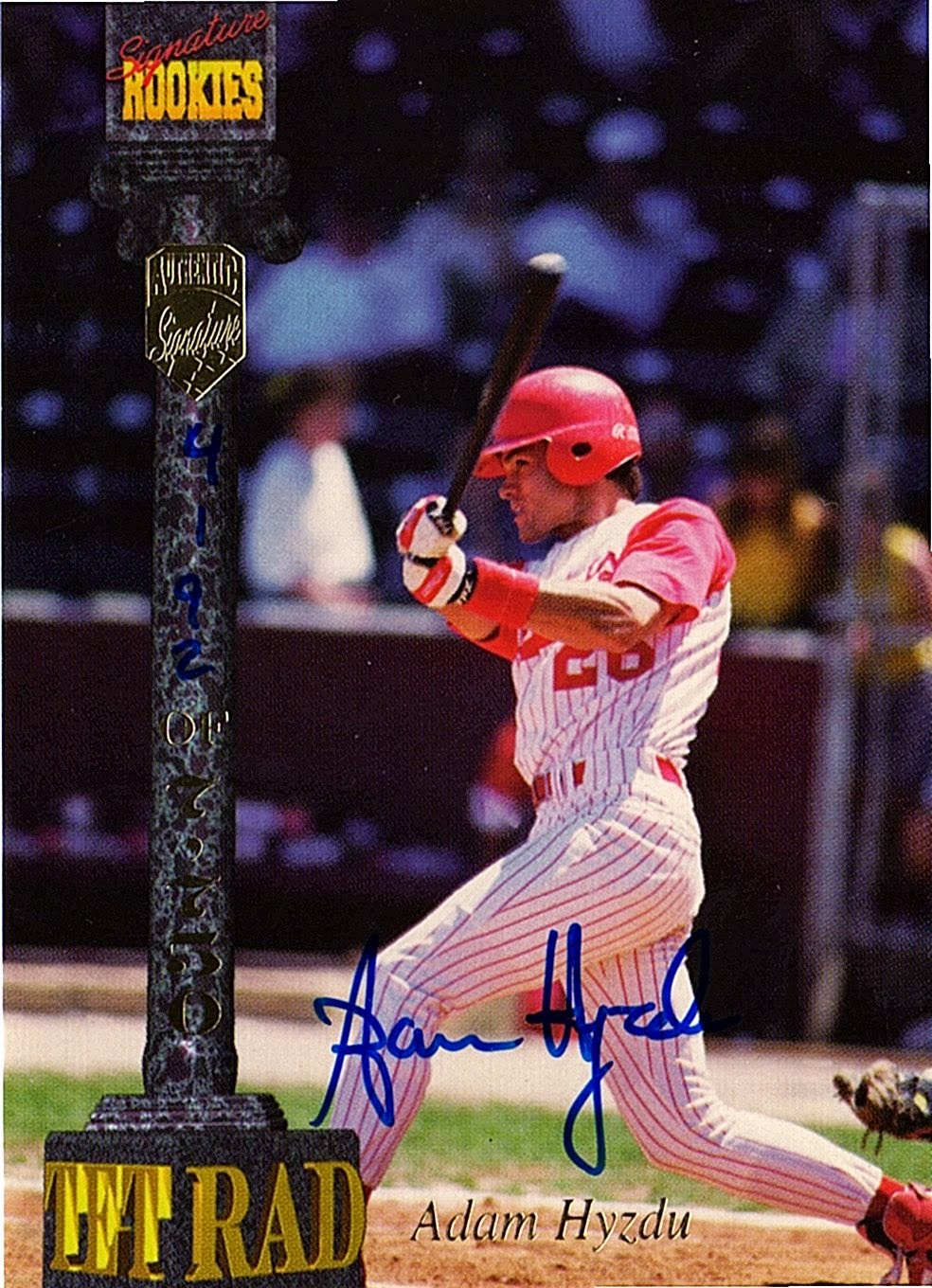 Adam Hyzdu was another top tier Pirate prospect that never quite panned out. This was a constant theme in the 90's and early 2000's. 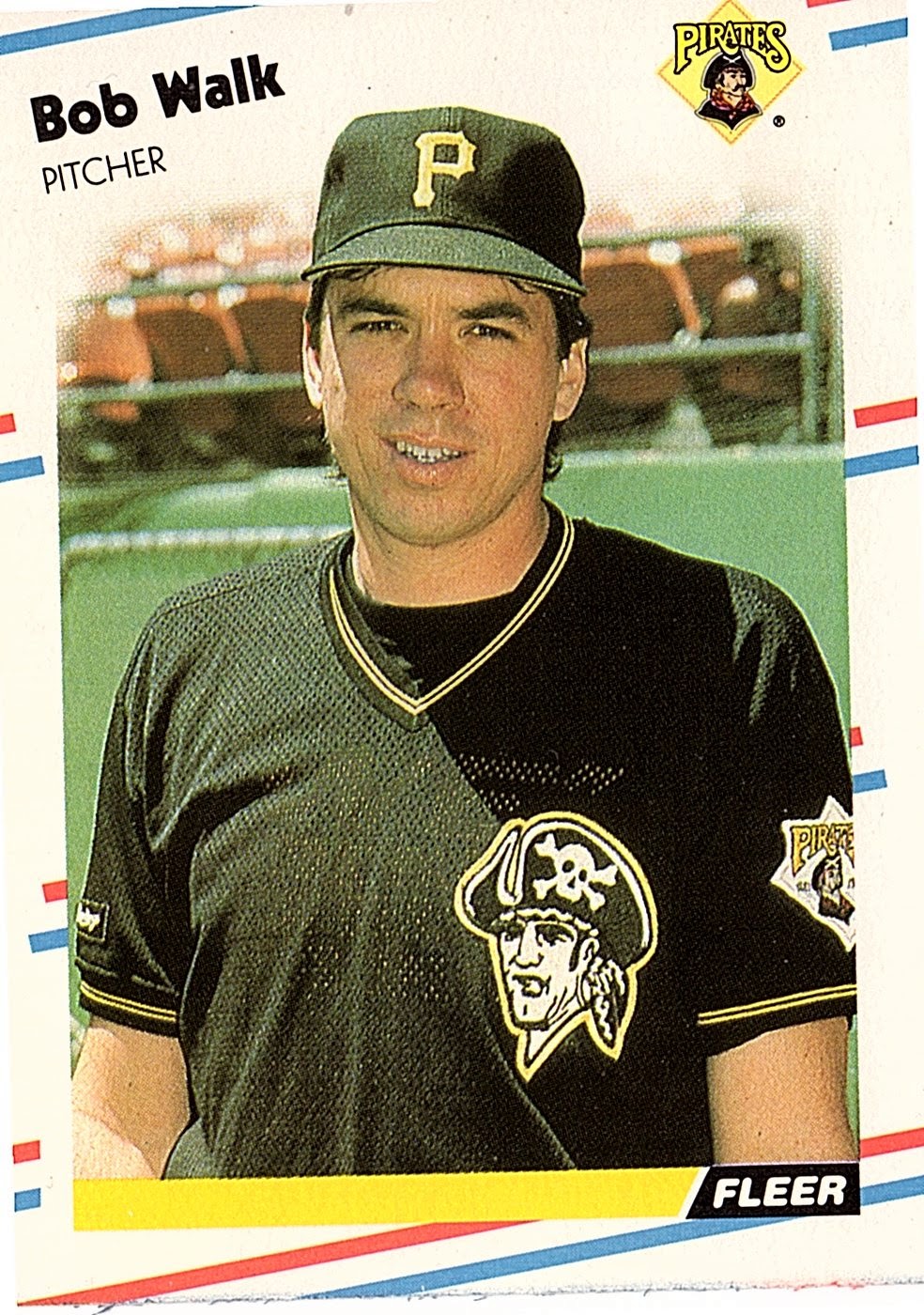 Thanks for the great cards Fuji. I know work has been stressful for you lately, so I really appreciate you thinking of me. I'll start working on another package to send your way soon!

Posted by BobWalkthePlank at 9:58 PM