Defgav Delivers the Rarest Relic Ever

Gavin from Baseball Card Breakdown is a creative guy. It doesn't take long to figure that out if you follow his blog. His creativity even runs over into his trading. Back around Christmas Gavin sent me a Jay Bell autographed index card in which he turned into something one of a kind. I thought that would be hard to top.....

This past week I received this. 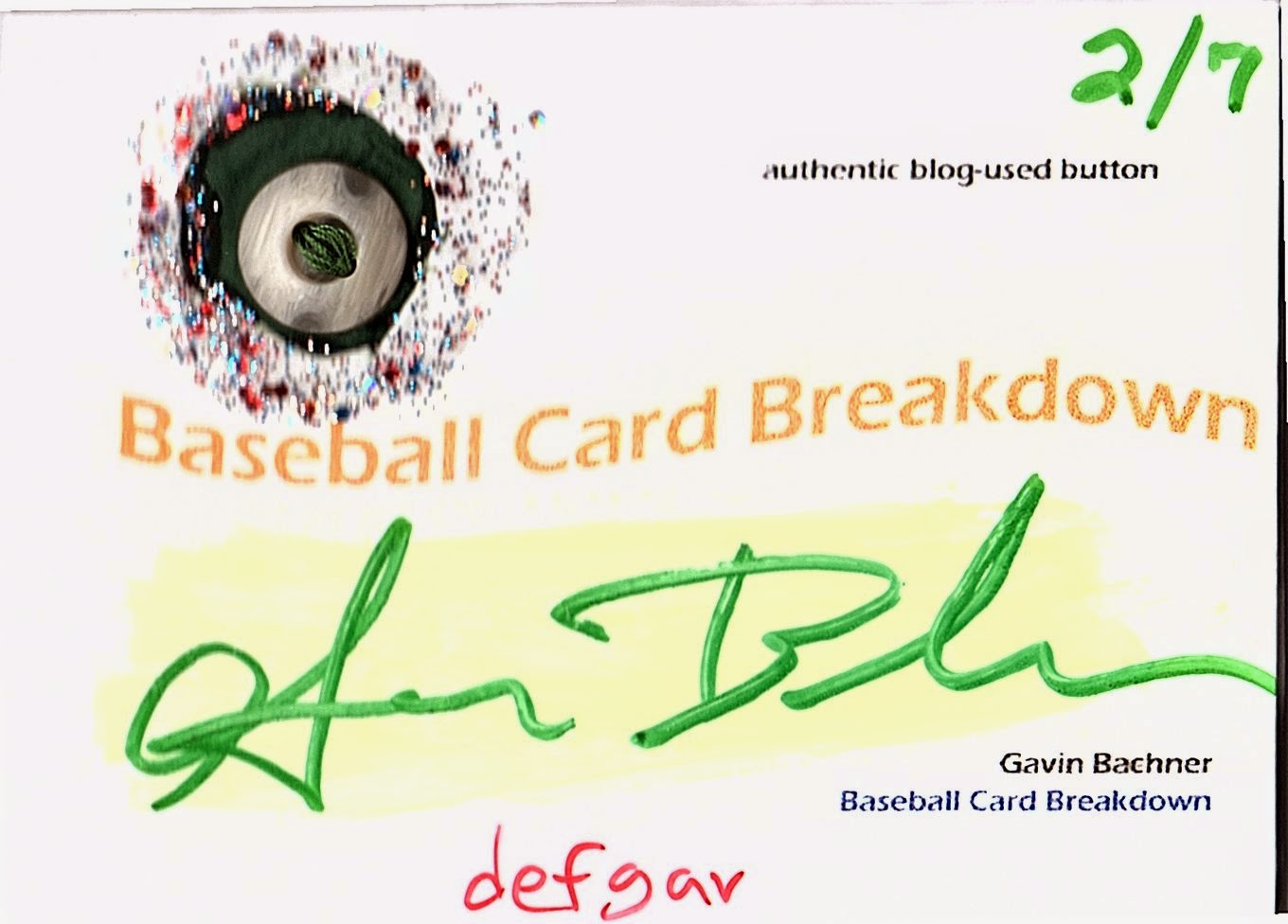 Where to begin. This card has everything from a nice auto, game used button and it's hand numbered. I'm thinking about putting it on eBay with a BIN of $999.99.

This is why blogging is great. In a span of two posts I show off a T 206 and a homemade relic. 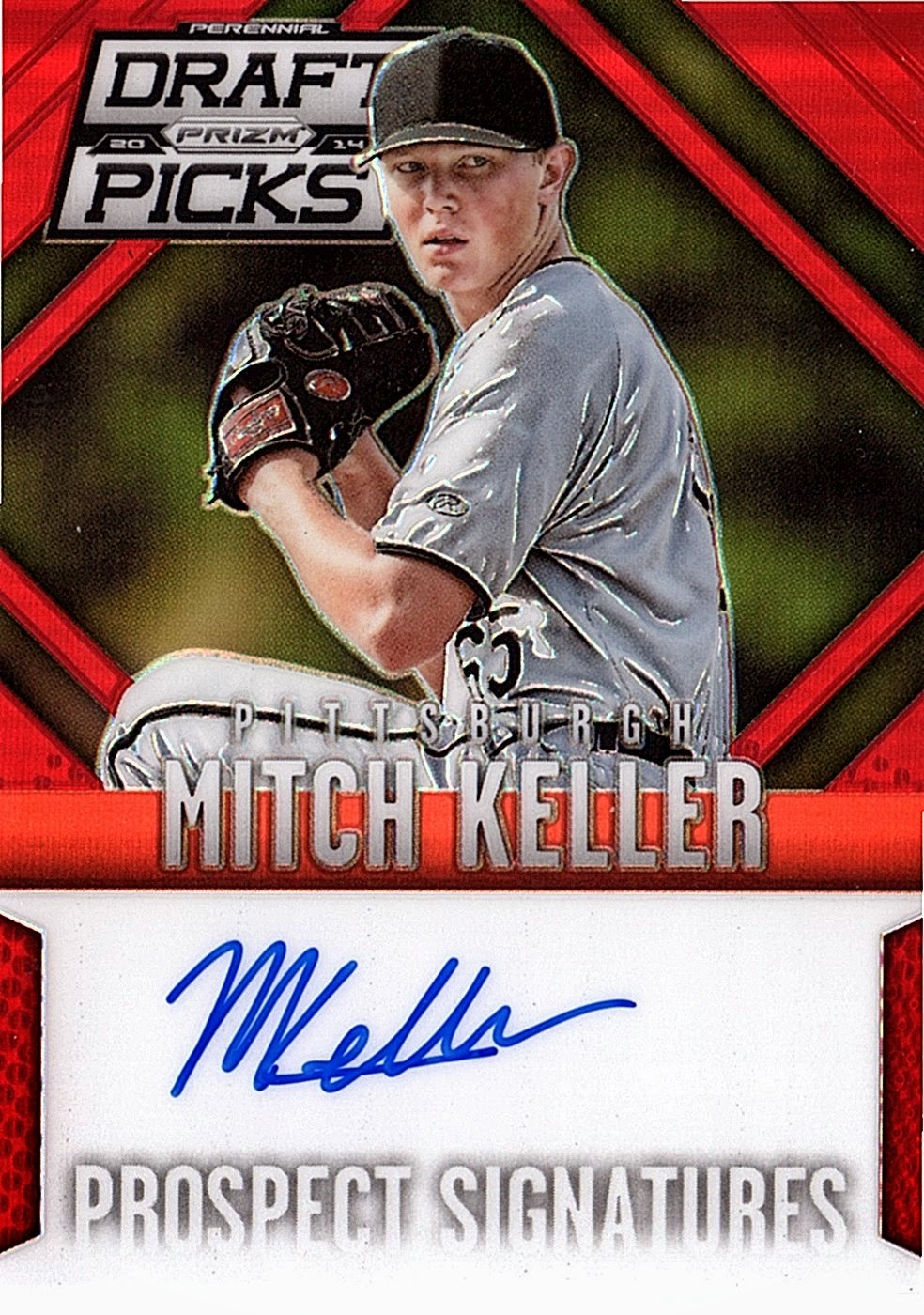 This is a parallel /100. Keller was drafted in the 2nd round right out of high school so the Pirates are obviously high on the young pitcher. 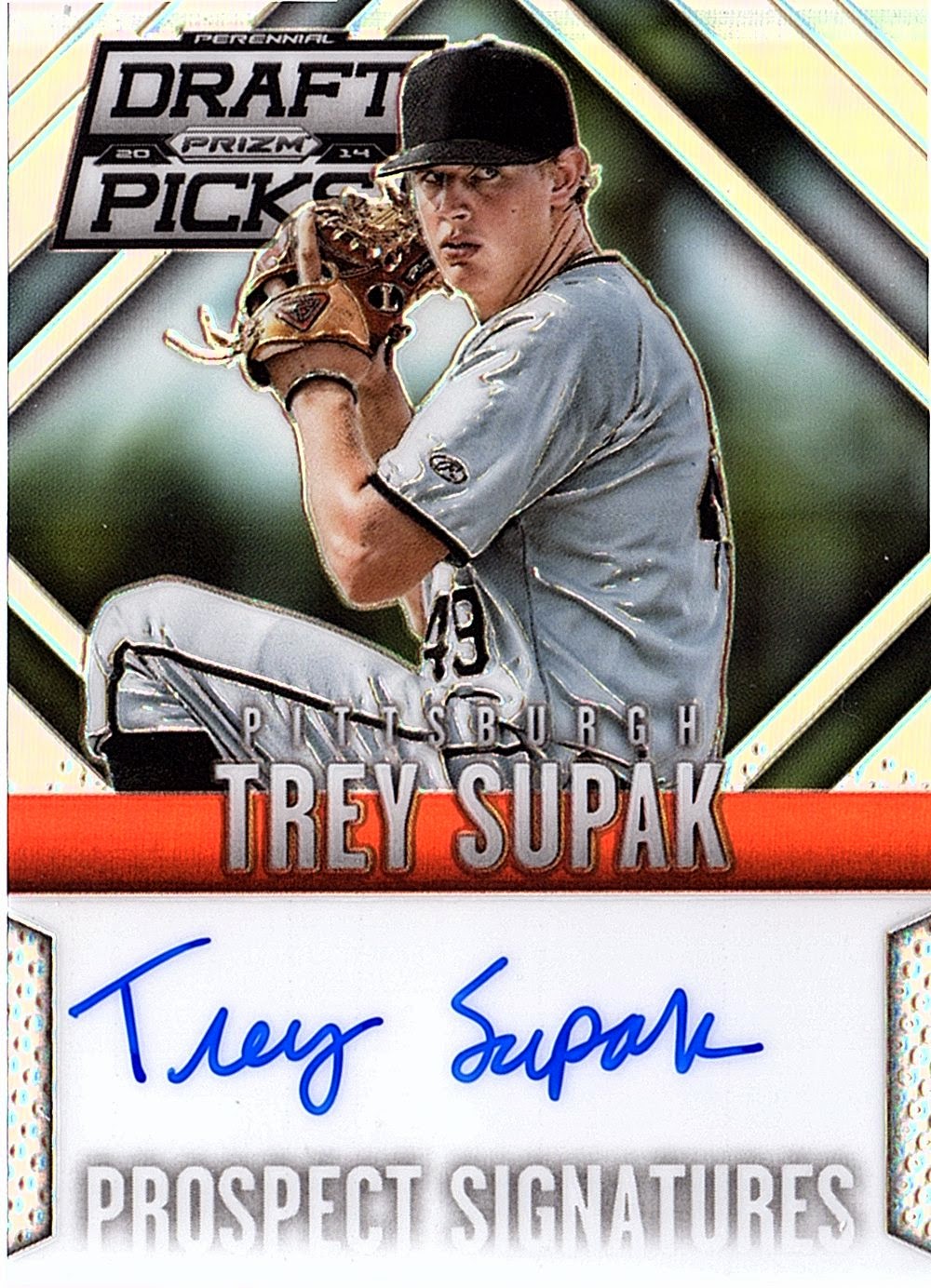 Like Keller, Supak was also picked in the second round out of high school.  Projecting high school arms is impossible, but I guess if you have enough of them one will develop.

The cool thing is both autos are on card and very bright. 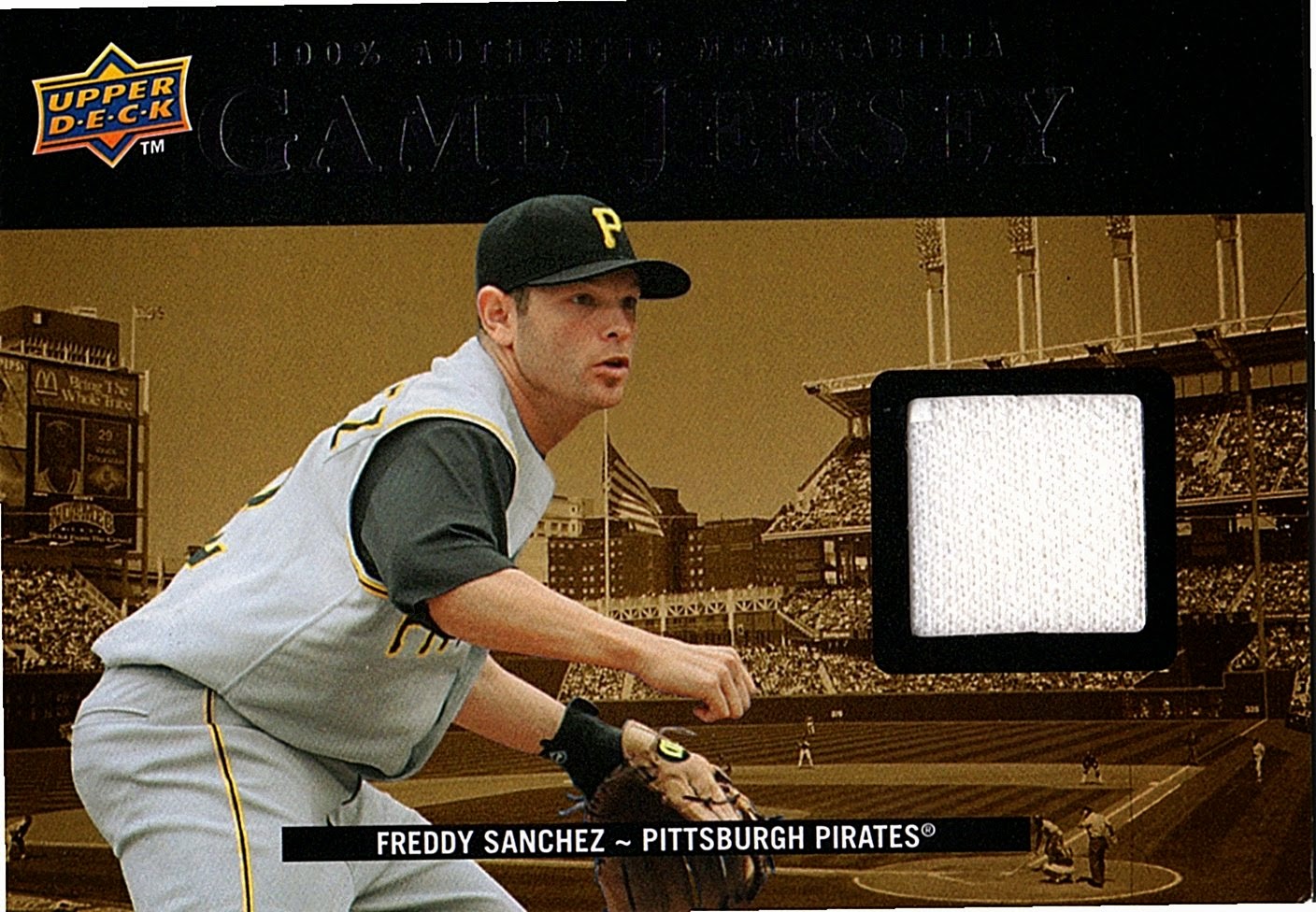 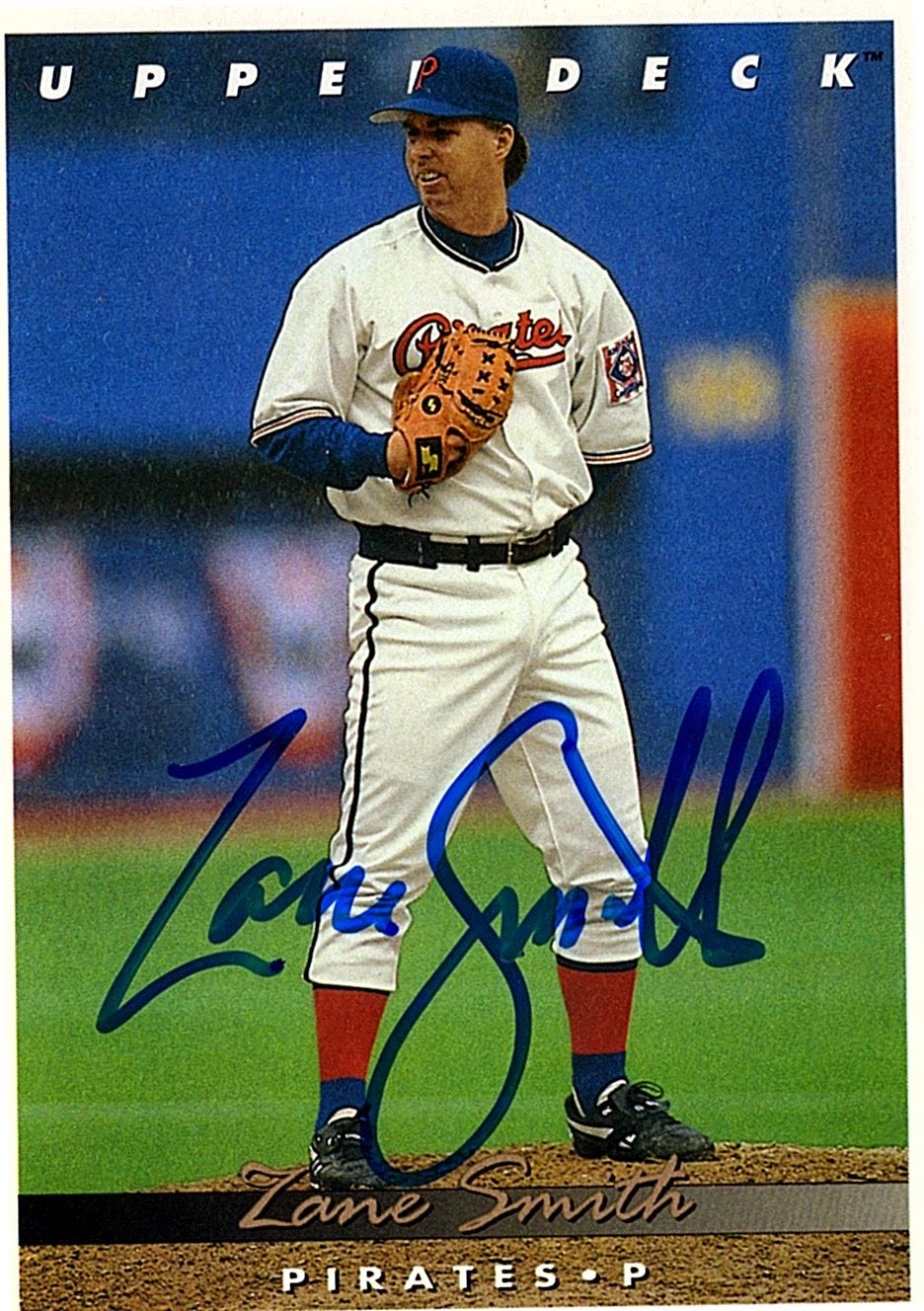 Zane Smith was a good pitcher, but I seem to remember him more for being odd looking. 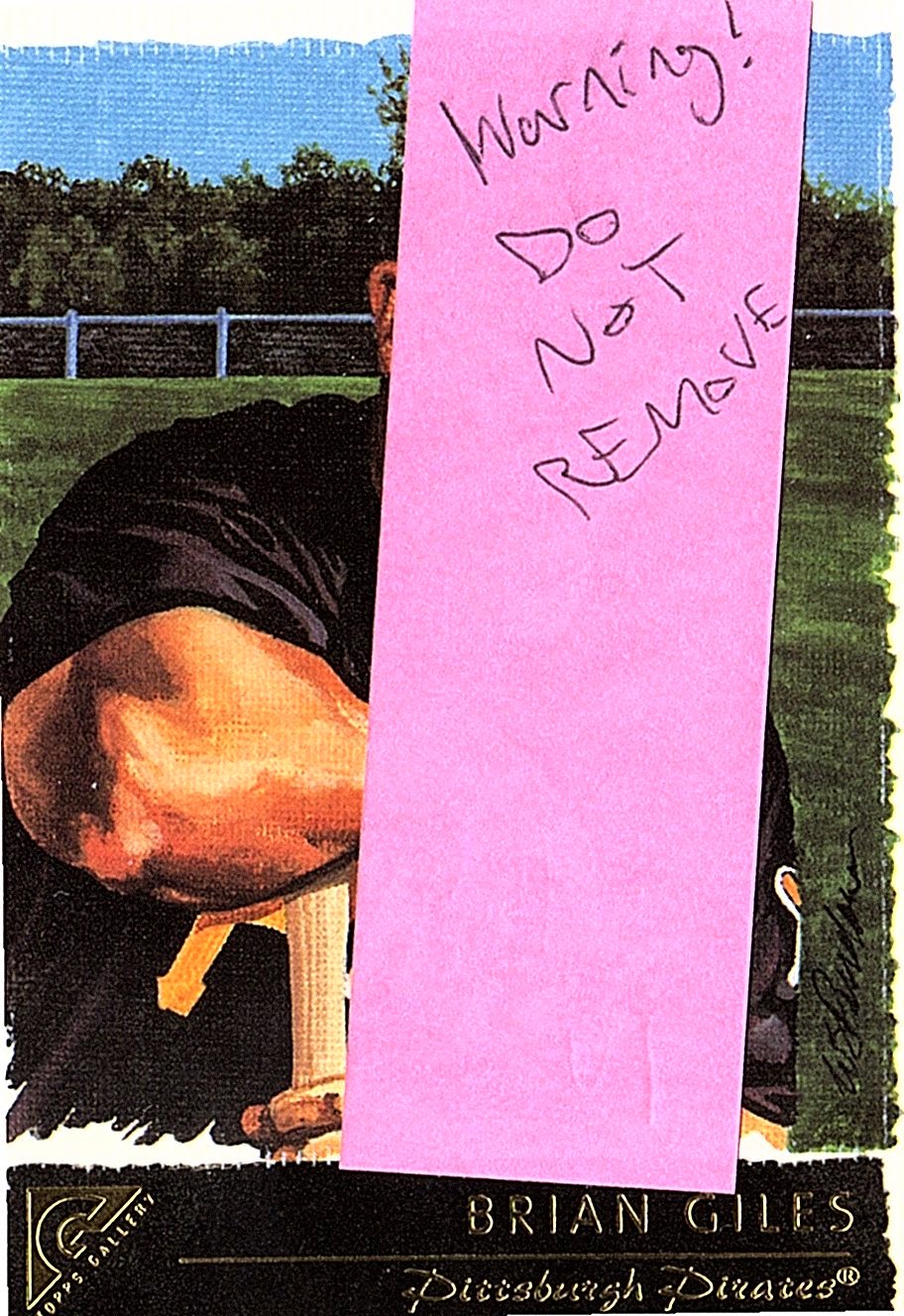 Why can't I pull this tab? Will something blow up? Tell me Gavin! 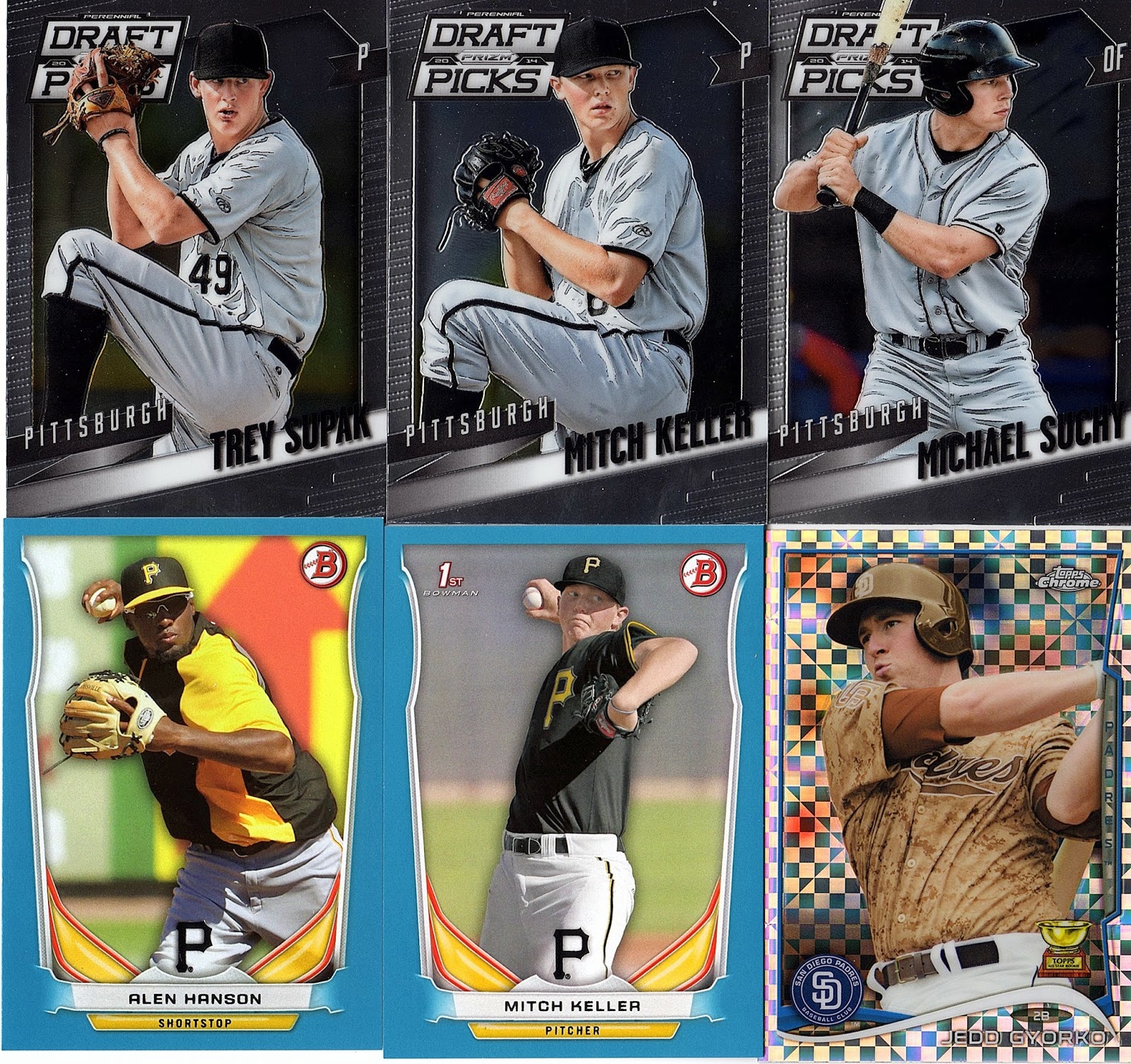 Between Zippy and Gavin I'm compiling a Mitch Keller/Trey Supak mini collection. The Bowman Hanson and Keller are refractors /399. The shiny Gyorko is a nice WVU grab. 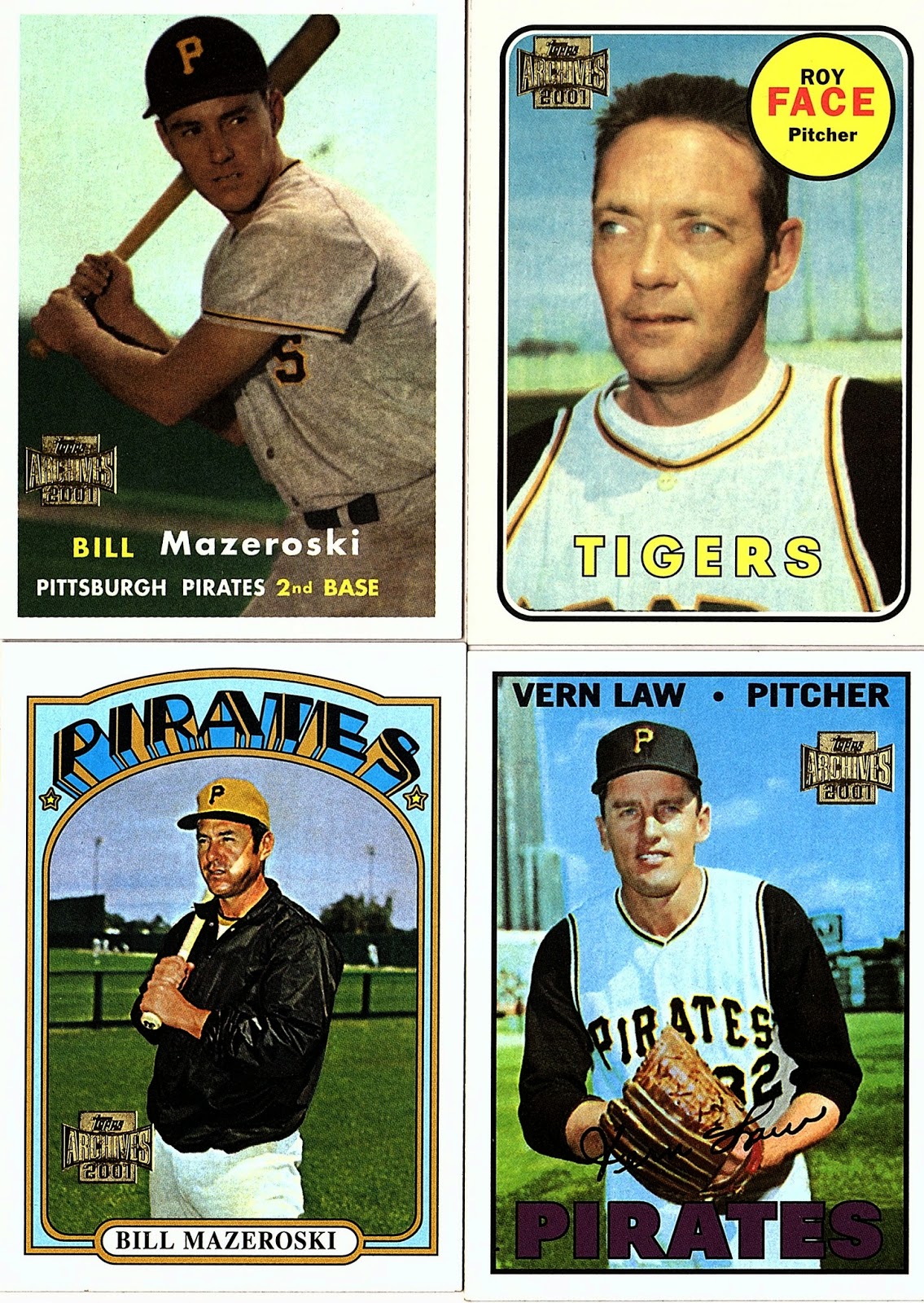 An awesome group of Archives cards. The horizonal Law is a cool card. I have the auto version in my collection.  One cool thing about Frank Thomas is that he sometimes signs "The Original Frank Thomas."

As always Gavin thanks for the cards.  You should be getting my package tomorrow.

Thanks for reading!
Posted by BobWalkthePlank at 8:50 PM