The last month I have had a nice influx of new trade partners reaching out. To me nothing is more exciting about blogging than making new trade contacts.

Right around the time I posted my 2 year anniversary contest, a reader named Josh Bob commented and said he had some Buccos for me. A few days later I had a bubble mailer at my door. Blind trades are the best! 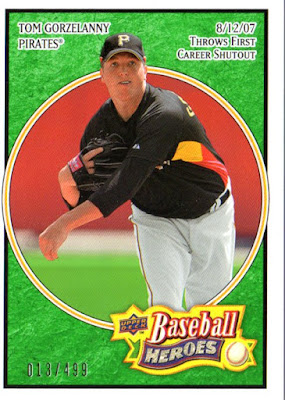 Well I guess the trade wasn't completely blind. Josh told me that he had a Gorzo card to send my way. Back in the mid 2000's Gorzelanny, Zach Duke and Paul Maholm were supposed to be the knights in shining armor to help end the Buccos losing ways. While each would have moderate success during their Pirate tenure it wasn't near enough to get propel them to the next level.  I even remember Peter Gammons saying that mid 2000's Pirates core would propel them back to winning....not so much.

In some ways Gorzo did help the Pirates become relevant again when he was traded to the Cubs it netted Josh Harrison.

I was pumped to see this card in the envelope. I recently purchased some of the lower numbered patches and autos from a seller, but don't have any of the regular parallels. This makes a very nice addition to my Gorzo collection. 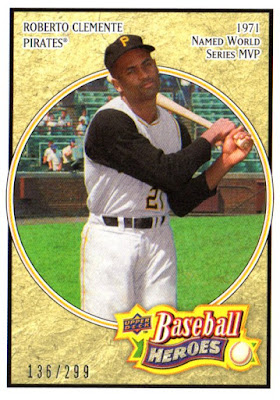 Always nice to see a Clemente come in a trade package. Thanks a ton for adding this one in the mix Josh. I really appreciate it! 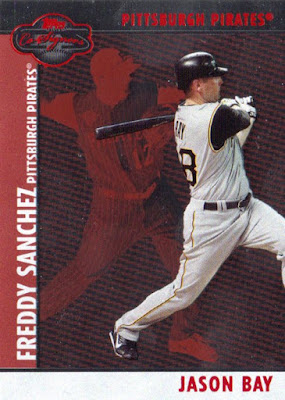 Co-Signers was a cool set for Pirate collectors as it featured autos of many of the active Pirates. Guys like Bay, Freddy Sanchez and Adam Laroche had cards in the set.

I enjoy finding cards of guys like Danny Neagle and Kevin Young. They came into the picture shortly after the Pirates early 90's success. Both would have long careers, but played on some really bad Pirate teams.

I remember buying a lot of Score Select as a kid. My local convenience store use to stock it pretty deep.

Thanks so much for reaching out Josh. I've got some cool A's cards to send your way. I'll let you know as soon as I get an envelope out.

Posted by BobWalkthePlank at 9:40 PM