My good buddy Robert of $30 a Week Habit fame is a smart man. He escaped the winters of western PA for the constant sunshine of Florida. I'm sure he was laughing as his old stomping grounds was getting pummelled with snow last month.

This past week Robert surprised me with a bubble mailer. 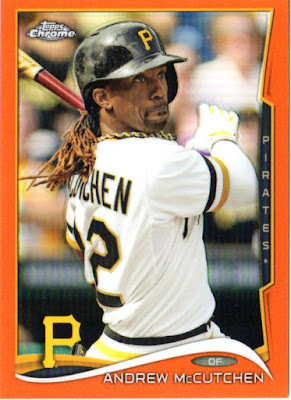 Cutch has become a difficult guy to collect ever since he became a bonafide superstar. Receiving his cards via trade makes me a happy camper. 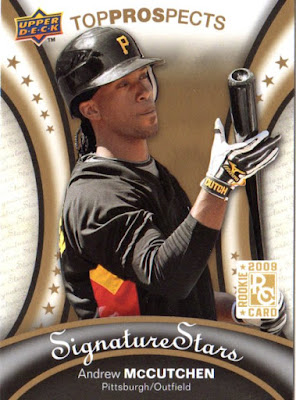 Young Cutch! The other day Cutch was once again quoted that he wants to stay a Pirate for life. I'm just not sure how the Pirates are going to be able to pay him beyond his current deal. Only hope is that the new tv deal frees up some cash. No need to worry just yet as the Pirates have him under control through the 2018 season. 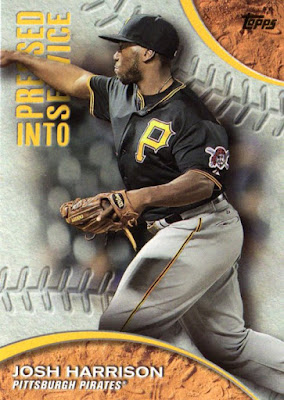 Robert was nice enough to give me my first taste of 2016 Topps. The Pressed into Service is kind of a cool idea.  I think I had stopped watching in the game because of the beatdown the Pirates were receiving. 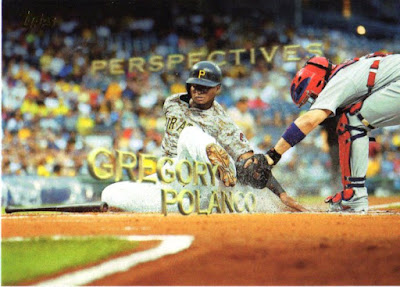 Probably the best insert in Series One is the Perspective set. They are kind of a Stadium Club esque set. I was happy to see this card.  Now I just need to find the Kang version. 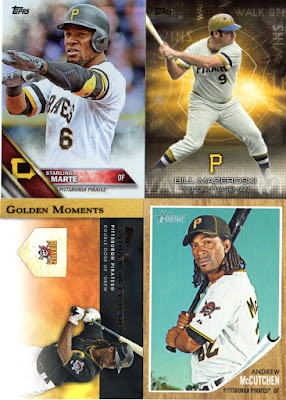 Don't know why Topps insists on using Maz photos at the end of his career.

Thanks for the great cards Robert. I hadn't picked up any Series 1 other than the Neil Walker silver frame. I'll be on the lookout for some new Thome's for you!

Email ThisBlogThis!Share to TwitterShare to FacebookShare to Pinterest
Labels: $30 a week habit, trade 2016