I'm still licking my wounds from that Topps Supreme box so what better way to move on than open a package from my pal Kevin. This time around it was Kevin's turn to pick a box and he went with the familiar Panini Classics. For the price and distribution of hits and makes a pretty safe pick.  Usually one of us ends up with a good hit.

This time around Kevin pulled a 1/1 Marcus Semien for himself, but we all did fairly well. 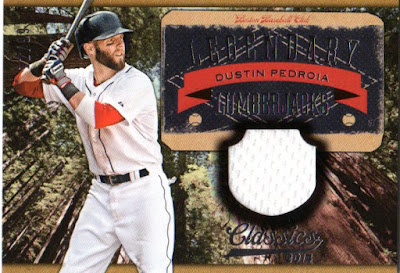 Nothing too special about the relic, but getting a Red Sox makes for good trade bait. Extra bonus for being one of the more popular guys. I'm sure it would be hard to find a taker for Panda or Hanley. 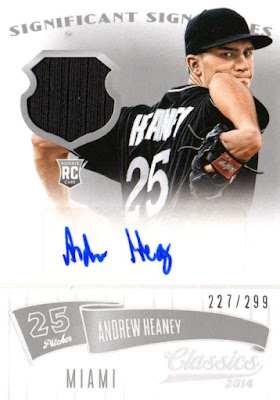 Heaney was a busy man last year. He was traded to the Dodgers in the Dee Gordon deal and then the Dodgers flipped him to the Angels for Howie Kendrick.  He pitched pretty well for the Angels in about half a seasons work last year.  He is going to be leaned on heavy this coming year. 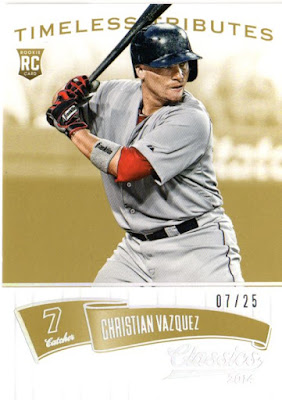 Vazquez probably needs to have a big spring for him to break camp with the Red Sox. Teams seem to like veterans as backups so Ryan Hanigan will probably win the job. Blake Swihart seems to be destined for the starting gig. 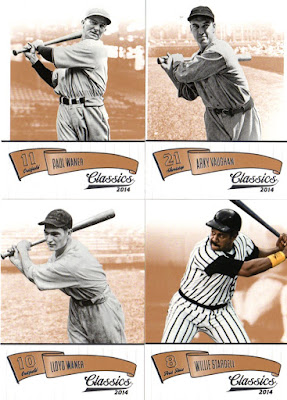 The checklist in Classics is one of my favorites in the last couple of years. I just wish Panini would have paid a little more attention to detail. Unfortunately the set was one and done. 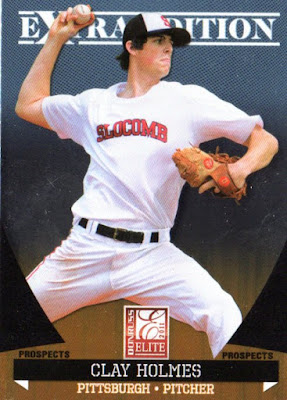 It is not a break without extras! Kevin always finds good stuff.  First a cool Clay Holmers Elite card. Holmes had decent pedigree as the Pirates talked him out of a college commitment, but he still hasn't had a breakout season. 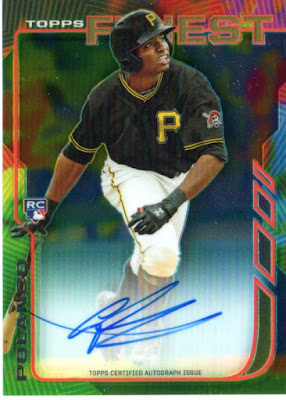 I should build a special wing in my Polanco collection featuring cards of his that Kevin sent my way. He knows I have a man crush on the Pirate right fielder. Awesome on card auto! 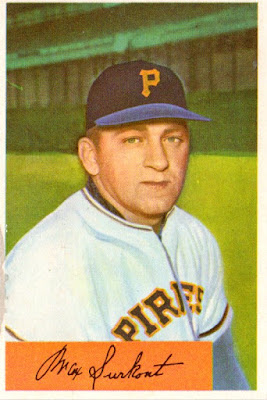 The always tall 54 Bowman of Max Surkont. I think I may have only one other 54 Bowman card so this is a pretty cool addition to the collection.

As always Kevin thanks for the break and the extra stuff. I really appreciate it.  Brian just finished his break last weekend so a new box break post shouldn't far behind.

Thanks for reading.
Posted by BobWalkthePlank at 7:01 PM